I love getting involved in art projects and some of the best are those odd, off-the-cuff, inspired memes that begin on Twitter. Last night the always funny Gareth Aveyard started a game called Band Hands in which people were asked to ... er ... draw a famous band on their hand. The results were hilarious. Here are a few of my favourites ... can you guess who they are? 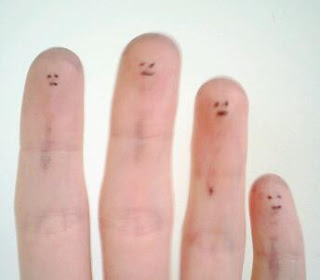 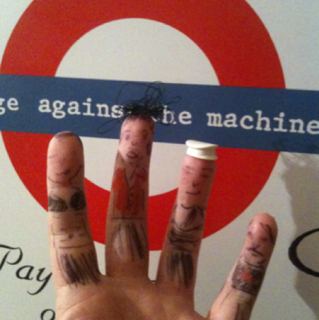 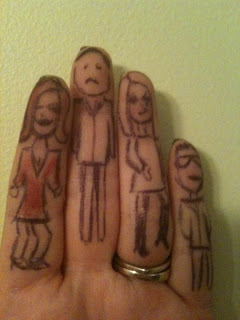 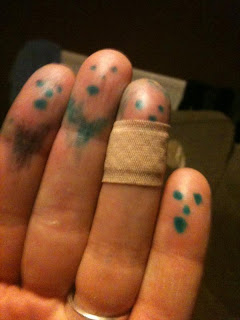 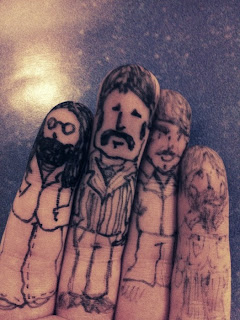 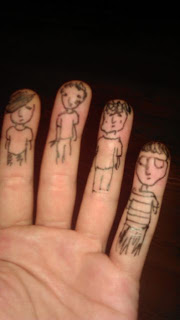 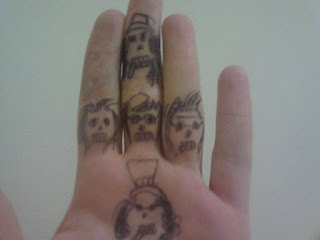 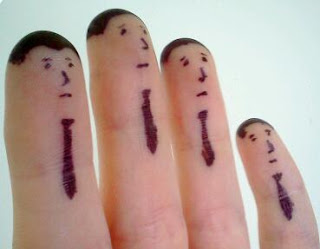 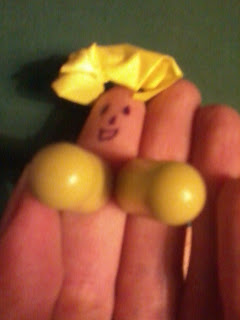 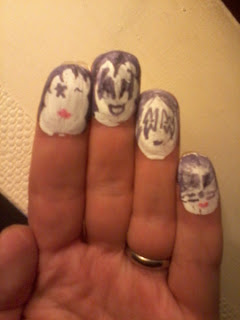 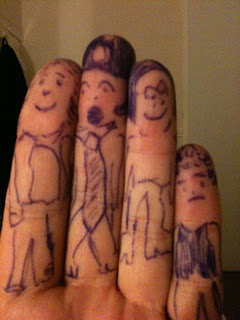 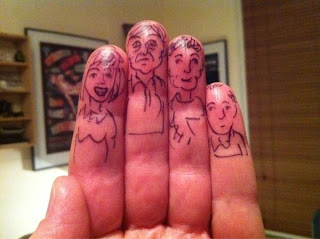 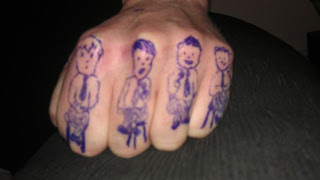 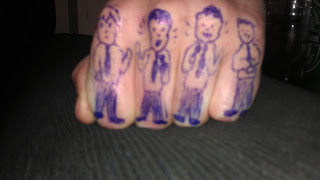 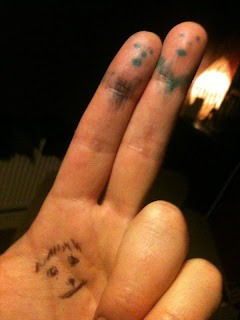 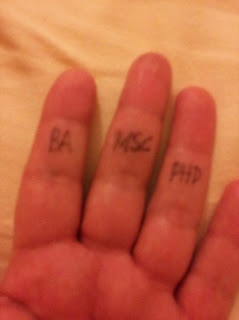 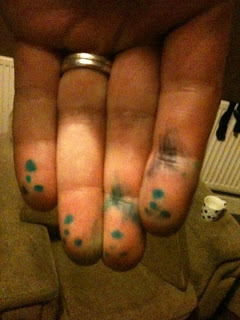 They were, of course, The Small Faces, Rage against the Machine, the B52s, Badfinger, The Beatles, Blur, Guns 'n Roses, Kraftwerk, Madonna, Kiss, Slade, The Fall, ZZ Top, Westlife (Genius!) ... and Emerson, Lake and Palmer (Ha!) The Three Degrees (Ha ha!) and Men at Work (superb!). My own humble submissions included Queen and the four eras of Elvis: 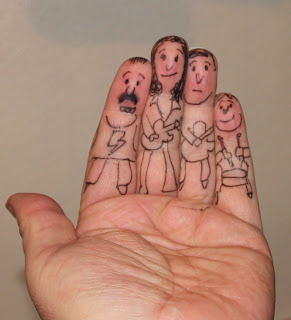 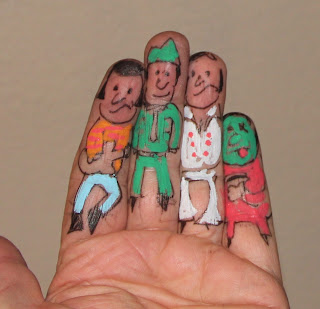 There were so many brilliant entries. I couldn't possible include them all here. Well done everyone - you kept me smiling for hours.