As promised, here are some thoughts on GOMA in Glasgow.

I have to say that it's a curious building; it looks huge from the outside but feels quite small inside like an inverted TARDIS. And while I'm the last person to want to stereotype people, much less nationalities, much of the artwork on display does have a ... well ... 'dour' quality to it. For example, here are a few I snapped: 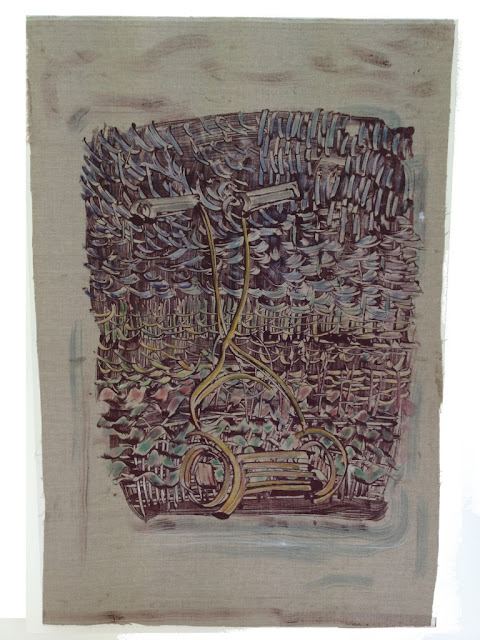 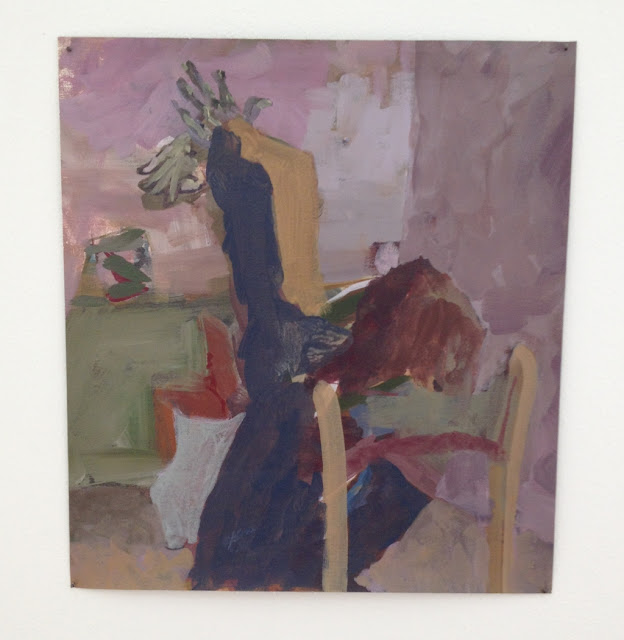 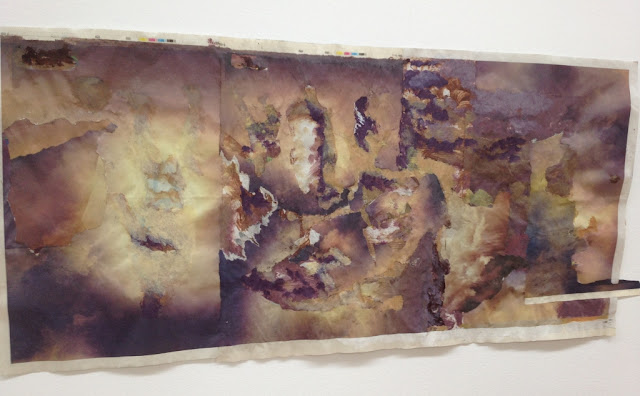 See what I mean? That's not to say I didn't like a lot of it. But it was all rather dun coloured. Or bleak. Another piece consisted entirely of plaster heads in baskets as if freshly guillotined. However, the mood changes completely when you get to the fourth floor and discover the Eric and Jean Cass gift of sculptures and other art by the late Niki de Saint Phalle. Immediately you see her work, the world is a better place. With her brightly-coloured chubby figures, her dragons, cows and devils, and her dancing couples all around you, you can't help but smile. It's the complete opposite of most of the other art I saw. 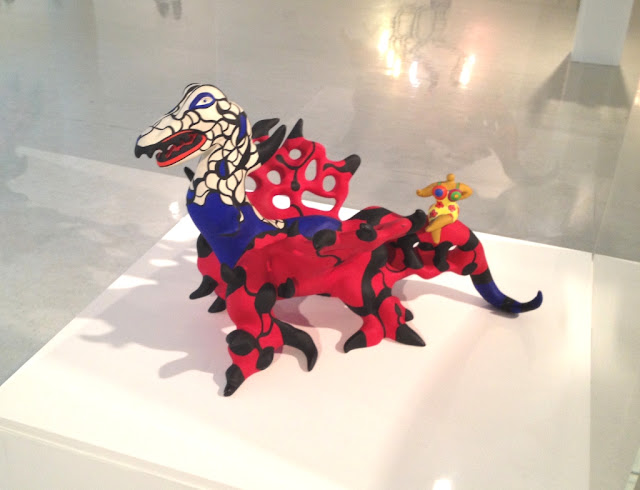 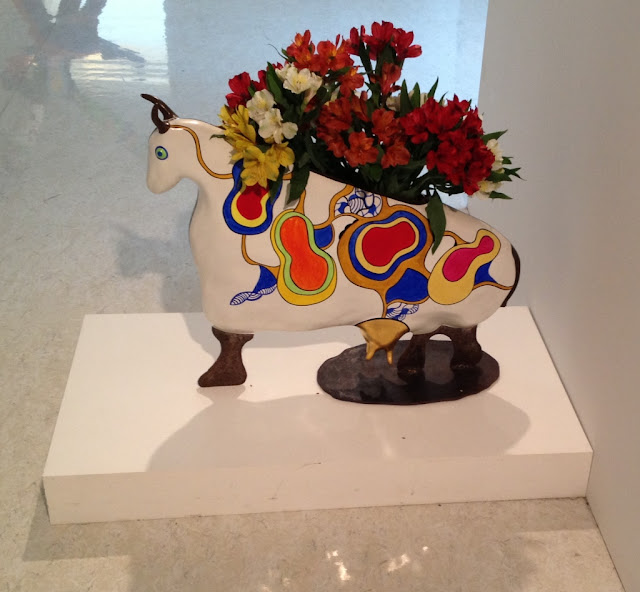 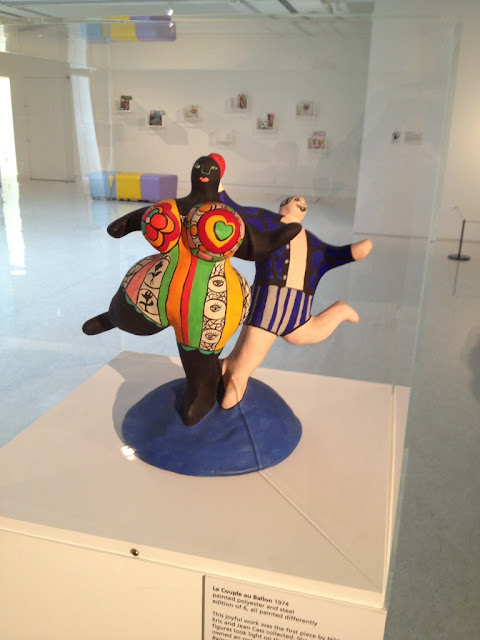 Isn't it great? Catherine Marie-Agnes Fal de Saint Phalle was born in 1930 near Paris to a sexually abusive aristocratic banker father and American mother. The family lost a fortune during the Great Depression and relocated to New York where Niki, as she preferred to call herself, gained a reputation as something of a 'problem child' among her teachers. She was eventually expelled from her convent school for painting the fig leaves on the building's statues red. 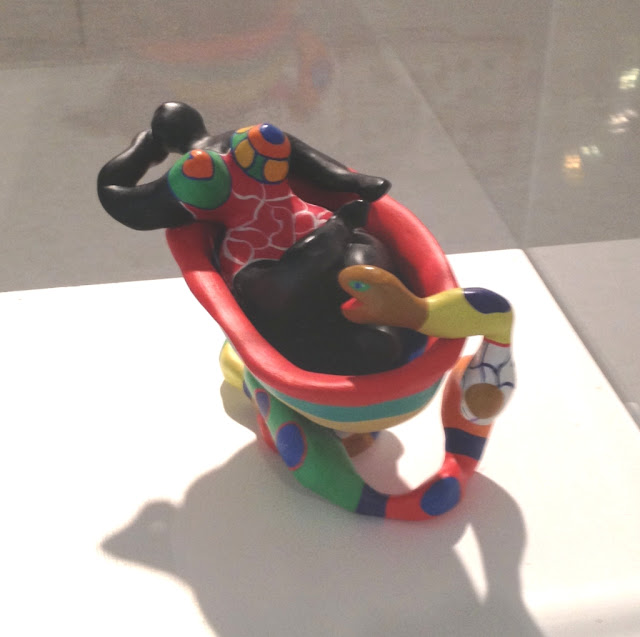 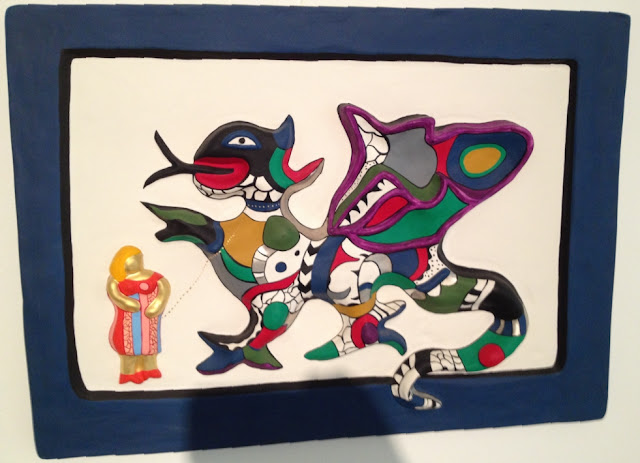 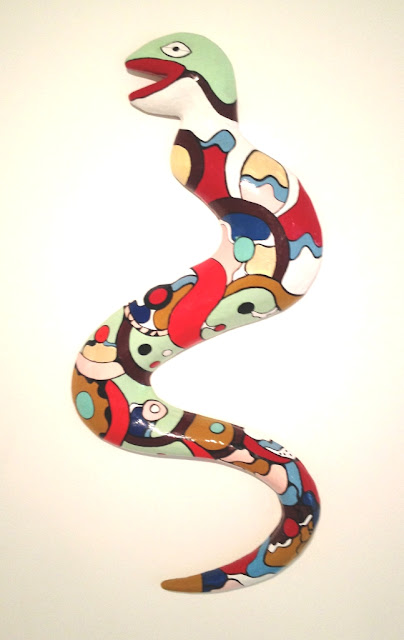 ﻿She became a model but developed an interest in sculpture and architecture - particularly the work of Gaudi and Le Facteur Cheval. Whilst in hospital recovering from a serious nervous breakdown, she started making collages from pebbles, leaves and found materials and began to develop her own style through the combination of painting and assemblage. She began producing her first paintings in 1950. This led to assemblages in plaster and her 'shooting paintings'. These pictures were plaster with containers of paint beneath the surface which would explode when she shot them. More sculptural work followed and in 1965, she created her first 'Nana'. These large, voluptuous and brightly painted female figures were made originally from chicken wire and wool or fabric and later in polyester. She also designed stage sets and costumes, created movies, furniture and large-scale sculptures, fountains and parks including the Stravinsky Fountain in Paris, Golem in Jerusalem, Queen Califia’s Magical Circle in California and Grotto in the Royal Gardens in Hannover. Her most ambitious project was the Tarot Garden near Tuscany which took 20 years to complete. Her highly original form of self-expression helped her to overcome her personal crisis and health problems, and throughout her life, art became her means of coming to terms with feelings, emotions, dreams and nightmares. You can see the nightmare aspect in some of her darker works which, frankly, sometimes look like the work of another artist. Here's her Great Devil and the truly odd Altar to a Dead Cat, also both at GOMA. 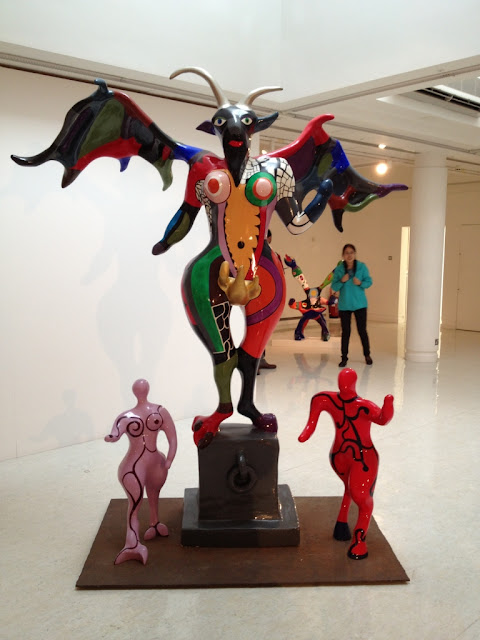 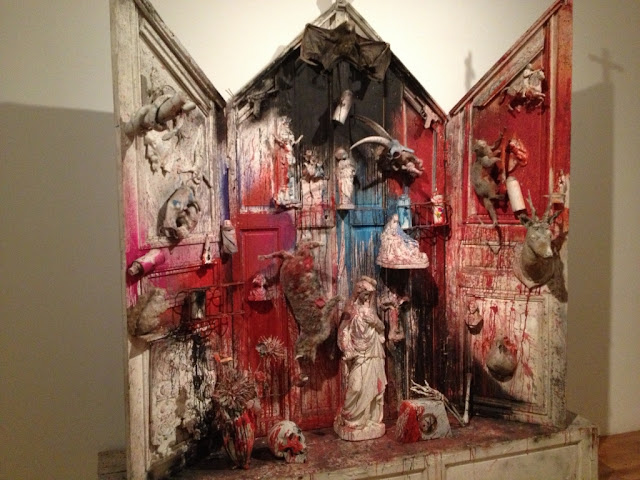 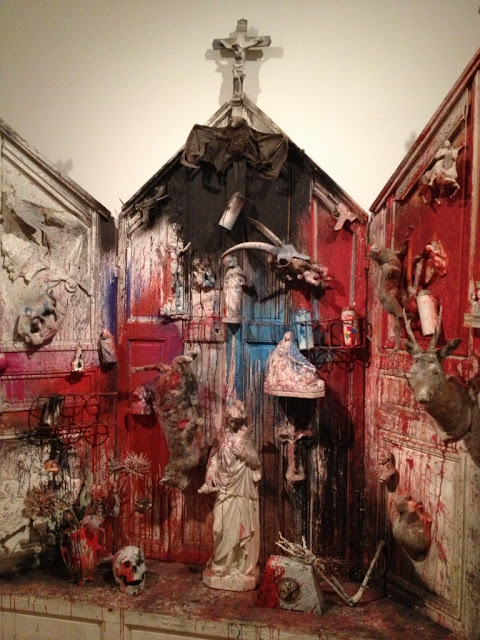 Goodness knows what her state of mind was like when she did Autel du Chat Mort in 1963. I guess it wasn't too healthy, but it's encouraging to see that the happy, colourful work she excels in came later in her career indicating that things might have got better for her. She had a very successful career and died of emphysema in California in 2002 at the age of 72.

If you like what you see, do google her name and look at more of her stuff. I love this piece, for example, the L'Ange Protecteur in the hall of the Zürich Hauptbahnhof. I was so taken with her work, I even invested in a couple of prints. I wish I'd had the money to buy the giant inflatable 'nana'. 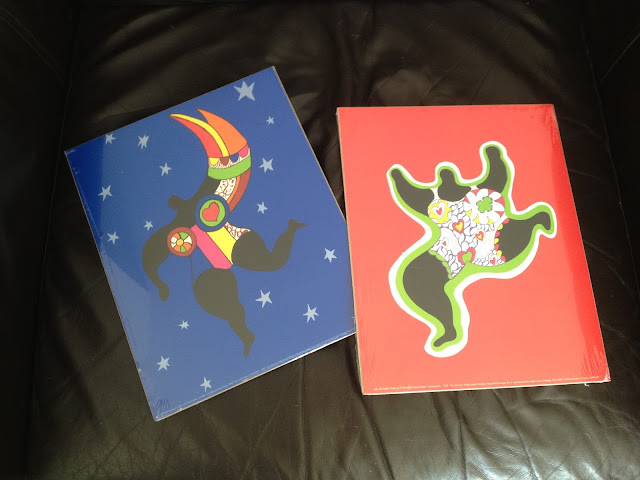 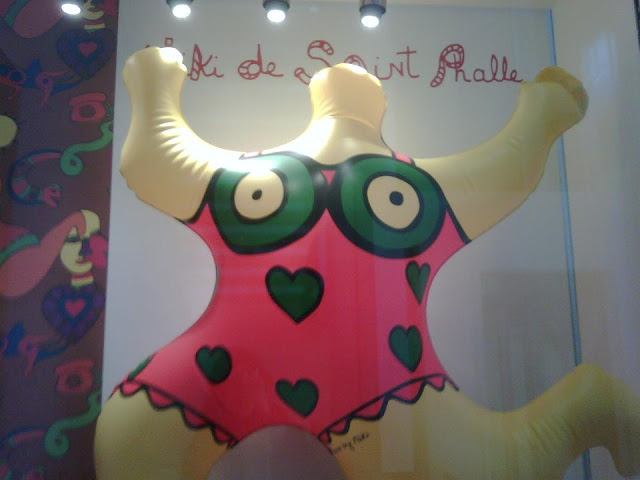 So there you go. Hope you enjoyed your little tour around GOMA with me. One thing that was a delight to see was how many parties of school children there were on site. Nice also to see them using new technology to enhance the experience. They were being asked by their teachers to find a piece they particularly liked and then do a short video - using iPads - to introduce the artwork and the artist and then explain what they liked and why. What a great idea.
Posted by Stevyn Colgan at 13:22