In Inner Mongolia, in a district called Kangbashi, stands a city called Ordos. It features innovative architecture, and enough homes for a million people. And it is largely uninhabited.

The Kangbashi district is filled with office towers, administrative centres, government buildings, museums, theatres and sports fields - not to mention acre upon acre of middle-class apartment blocks and bungalows. A huge statue of Genghis Khan presides over Genghis Khan Plaza. Two giant horses stand there too, dwarfing him. The square is vast, flanked by huge and imposing buildings. 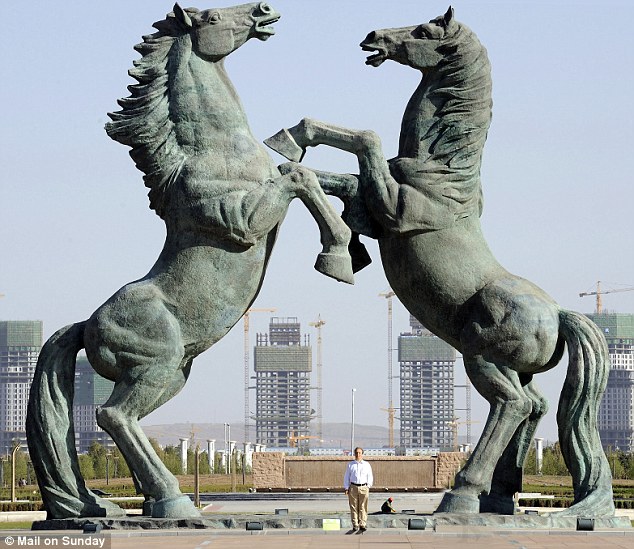 If you want to find a place where China's huge housing bubble has already burst, then Ordos is the place to come. The story started about 20 years ago, with the beginning of a great Mongolian coal rush. Private mining companies poured into the green Inner Mongolian steppe lands, pock-marking the landscape with enormous opencast holes in the ground, or tunnelling underground. Local farmers sold their land to the miners, and became instantly rich. Jobs burgeoned. Ceaseless coal truck convoys tore up the roads. And the old city of Ordos flourished as the money flowed in.
The municipality decided to think big, too. It laid out plans for a huge new town for hundreds of thousands of residents with Genghis Khan Plaza at the centre of it. But no one came.


The place is so empty most of the time that some urban skateboarders decided that it looked like the perfect place for an adventure. Here's their story: