Weekend Wonders #1 - What's in your Manwich?

My new column appeared in the Sunday People newspaper yesterday. Here's the first one and it's all about cannibalism. The online feature is here. 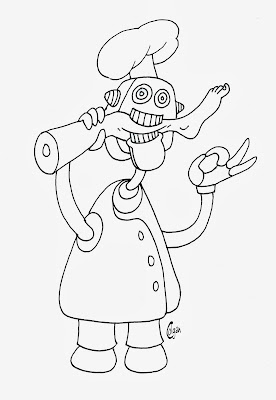 The word that cannibal Polynesian islanders used for white men translated as ‘Long Pig’. This tallies with the opinion of Armin Meiwes from Germany who, in 2001, famously advertised on the internet for someone who wanted to be eaten. ‘It tastes of pork’, he claimed, ‘but a little bit more bitter, stronger.’ Many firefighters don’t eat roast pork because, they say, it smells like people who have been burned.

However, in the 1930s, American adventurer William Buehler Seabrook travelled extensively among cannibal societies and reported that, ‘It was so nearly like good, fully developed veal that I think no person with a palate of ordinary, normal sensitiveness could distinguish it from veal.’ Meanwhile Japanese murderer and cannibal Issei Sagawa described it as ‘tender and soft like raw tuna’.

Naturally, it’s hard to get a clear idea of the taste as so few reliable witnesses have eaten human meat. Besides which, palates differ from person to person. And the diet of the individual you’re eating can hugely alter the taste of course, as can the way the meat is cooked. One popular South Pacific method for cooking humans involved wrapping the meat in leaves and cooking in a fire pit. And Sumatran cannibals once served criminals with salt and lemon.

Perhaps an unbiased view would help. In 2006, researchers at NEC System technologies and Mie University, Japan, unveiled a robot that can taste and identify a whole range of flavours. Their ultimate aim is to one day produce a machine so accurate that it can identify individual vintages of wine. At present it can identify cheeses, meats and some other flavours. When a reporter placed his hand in the robot’s mouth it identified the ‘food’ as bacon. When a photographer repeated the action, his hand was identified as prosciutto ham.

I wonder if he was Italian?
Posted by Stevyn Colgan at 10:28