Wax on. Wax Off. Wax Never?

And so another Movember ends and lads all over the UK are reaching for their razors. But not me. Oh no. I like being hirsute. I'm proud of my hairiness.

I grew a beard as soon as my hormones allowed. Admittedly, it was a bit of a crappy beard, wispy and moth-eaten and Catweazel-like, but I was very proud of it. It marked my passage from boyhood to adulthood and I could now show the world that I was a man in a way that didn't involve trouser removal or fights in pub car parks. After all, isn't that what a beard is for? Surely the only reason that men have beards is for sexual selection? There's nothing about a man's chin (or chins in my case) that requires it (them) to be warmer than a woman's. My beard is my peacock fan, my man mane, my cock wattle. 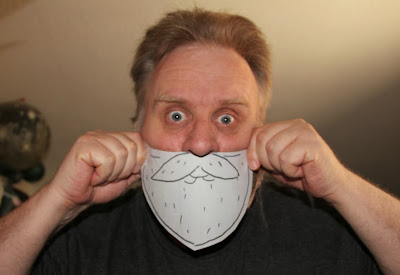 Here, in the West, we have a curious attitude to body hair. Women have been shaving their legs and armpits for decades and now young men are shaving their heads even though they're not going bald. And I've never really understood why. Is hair, growing where it's naturally supposed to grow, really that ugly? Or have we simply been programmed to think that way by magazines and fashionitas? Is Julia Roberts any less beautiful because she once showed some oxter fluff in public? Is Amanda Palmer any less sexy because she's clung to her right to present herself au naturale? Or Drew Barrymore? Or Beyoncé? Or Sophia Loren? Or any of the other women who've been ridiculed or crucified for daring to be seen in public with anything other than a gleaming axilla? 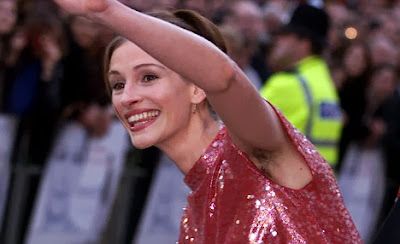 Of course, there are people who claim that there's a positive health benefit from pubic topiary. They  claim that it's more hygienic. Really? We've managed to struggle along as a species for 200,000 years without bush removal. And we now live in an age of clean running water, perfumed unguents and anti-bacterial handwashes; an age in which we've never been cleaner or more paranoid about germs and smells (I wrote about that particular bugbear back in 2010 - read it here). Do we really now need to strip away our fur in order to be clean? 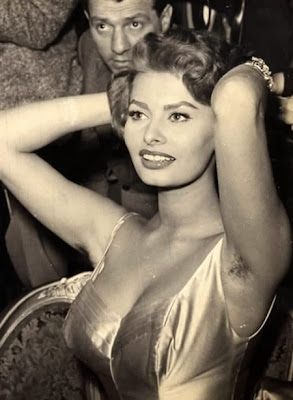 It strikes me that the only real health benefit lies with the decline of the poor old pubic louse Pthirus pubis. Some scientists claim that their numbers are falling. However, reliable figures are non-existent and a spokesperson for the Health Protection Agency says, rather aptly: 'We don't have anything in that area.' That said, in the UK at least, doctors are reporting seeing fewer cases and some say they haven't seen a case in years. Peter Greenhouse, a consultant in sexual health in Bristol says, 'I've probably gone about six months without seeing a person with pubic lice; 20 years ago, we would have seen several a week'. Dutch biologist Kees Moeliker was worried enough that he started collecting specimens for the museum, in case they become extinct. They're still some way off endangered status (now THAT will be an interesting WWF campaign) but numbers do seem to be tailing off. Home medication may be one reason for the decline (although, like head lice, the creatures quickly become resistant to chemical attack). Or, as has been suggested, it's most likely the 'loss of habitat'.

I just wonder how far we can take this depilatory revolution. How long before men start shaving their legs I wonder? They've already started on chest, head and 'back, sac and crack'. Will all hair become beastly and ugly? Will we see eyebrows and eyelashes go the way of the short and curly? That'll scupper the mascara industry.

I realise that there will be younger people reading this who see facial and pubic hair as something foul and horrible because the removal of both is all they've ever known. Well, good luck to you. You can look forward to a lifetime of rashes, razor cuts and painful waxes. You'll be spending your hard-earned wages on a bewildering range of razors, blades, epilators, tweezers, moisturisers and creams, all happily sold to you by the very people who have programmed you to believe that hair is a bad thing. I'm too old and too ugly to be affected by transient fashion and ephemeral tastes and mores. And too hairy. This beard isn't going anywhere. It's my birthright as a man. It's a Darwinian gift and I treasure it.