My second weekly column for the Sunday People. 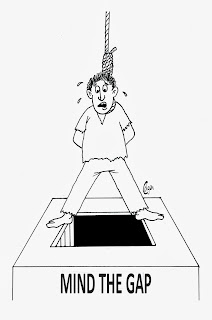 The first written record of the London Underground being called ‘The Tube’ was made by Queen Victoria writing in her diary in 1847.

Only 45 per cent of the Underground’s 249 miles of track is actually underground. Its highest point (the Dollis Brook viaduct on the Northern Line) is 60ft above street level. There are 270 stations on the system and a number of ‘ghost stations’ that were shut down for various reasons. Among them were Brill, Blake Hall, King William Street, Lord’s, Quainton Road, Verney Junction and Wood Siding.

During WWII, the Central Line was converted into a factory making fighter aircraft. The factory was two miles long.

The River Westbourne is carried in a pipe over passenger’s heads at Sloane Square.

Six of London’s 32 boroughs have no tube stations at all: Bexley, Bromley, Croydon, Kingston, Sutton and Hackney (Old Street station and Manor House stations are actually just over the border in Islington and Haringey boroughs respectively). And yet there are stations in Buckinghamshire, Essex and Hertfordshire.

The Tube is home to half a million mice and a species of mosquito called Culex pipiens molestus.

Prime Minister William Gladstone’s body was one of only two that have (intentionally) been carried on the Underground. In 1898, his coffin was transported to Westminster station by Tube for his State Funeral. The other dead commuter was Dr Thomas Barnardo, founder of the famous children’s homes.

You could have caught the Tube to watch the last public execution in England. Michael Barrett was publicly hanged in 1868, five years after the Tube opened in 1863
Posted by Stevyn Colgan at 10:47