York - So Good They Named It Once

On Monday I went to York as a guest of the University of York's QI Society. They were having their pre-Christmas beano and, as part of the larks and shenanigans, they like to put on a quiz. This year, they asked if I would host it, maybe write a few QI-type questions and also do a Q and A about what it's like to be a QI elf and, indeed, how you get to be one.

I explained that the easiest and most popular route is via the talk forums (fora?) on the QI website. It's a place where you can prove your mettle as a fact finder and fact quibbler amongst hundreds of other would-be elves. Do it often and well enough and you soon rise to the cream of the crop, at which point QI might just say, 'How do you fancy wearing an elf hat?' 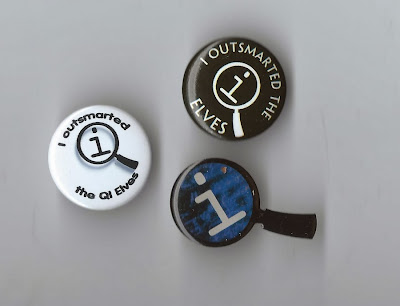 It was a fun evening although I have to confess that it was not great for my self-esteem being among so many bright young men and women. And when I realised that they were only 10 years older than my granddaughter but 33 years younger than me, I could feel the grave walls closing in.

Thankfully, I was reinvigorated by a walk around the city on Tuesday morning. It's one of the loveliest cities in England I reckon and it was nice to be back; last time I was here was in 2010.

I was about 2 miles outside the city walls and decided to walk as it was a deliciously brisk morning but bright with the prospect of some Winter sunshine. My walk took me down the Hull Road and past St Lawrence's with its ancient tower and gravestones so old the inscriptions have been eroded by wind and rain. It's weird to think that no one living remembers the people interred here and, even if they did, there's no indication of whose grave is who's. 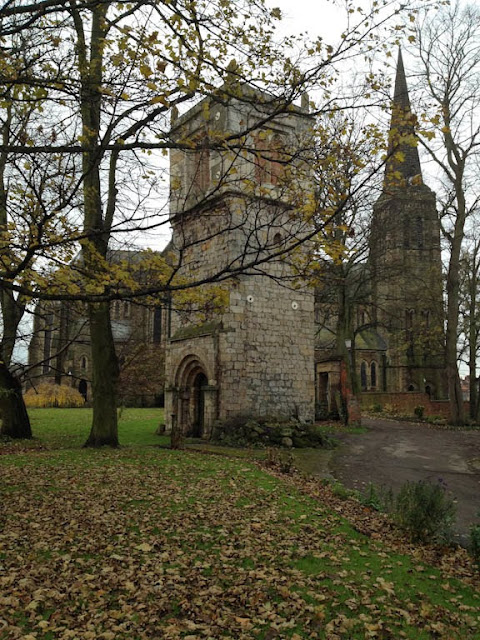 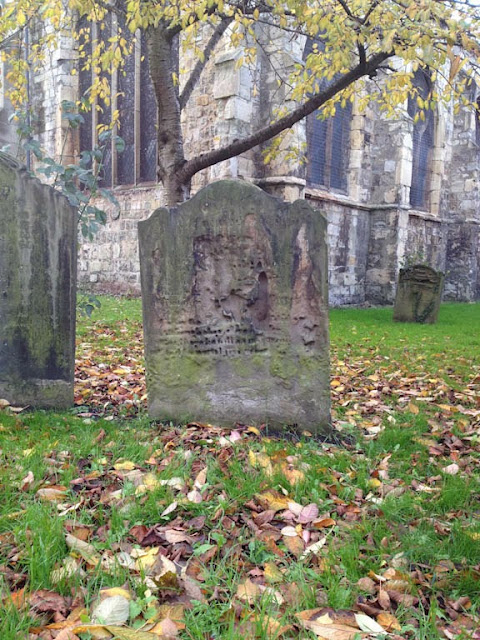 I soon approached the city walls. If you've never been to York, you may not be aware of just how well the ancient city walls have been preserved. You can pretty much walk around the perimeter of the old city, passing by its several gates as you do so. I was entering by Walmgate, built during the reign (1272 to 1307) of Edward I 'Longshanks'. It's been much built upon ever since and was completely renovated in the 1950s. 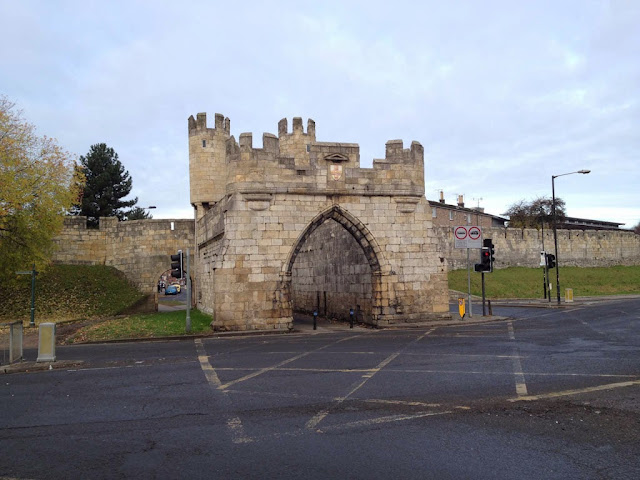 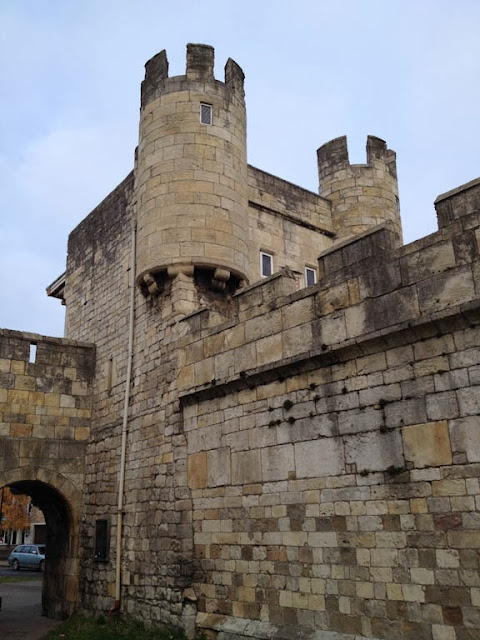 I then walked down through Walmgate, passing by beautiful buildings like the 14th century timber-framed Bowes-Murrell House and over the River Foss and past the glorious Merchant Adventurer's Hall (same era), stopping only for a cracking breakfast at the Sitting Pig. So appropriately named. :) 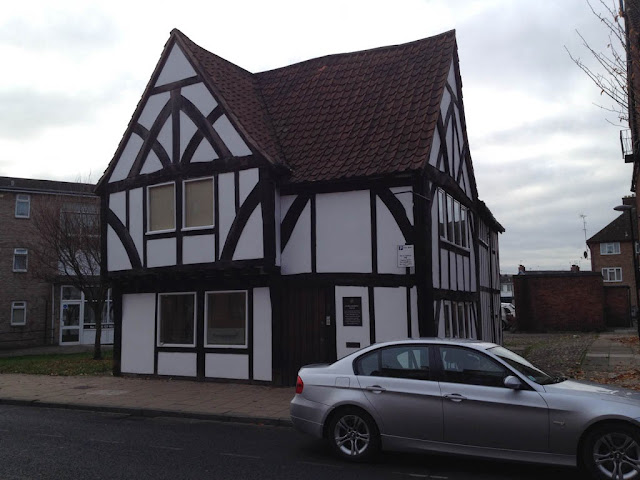 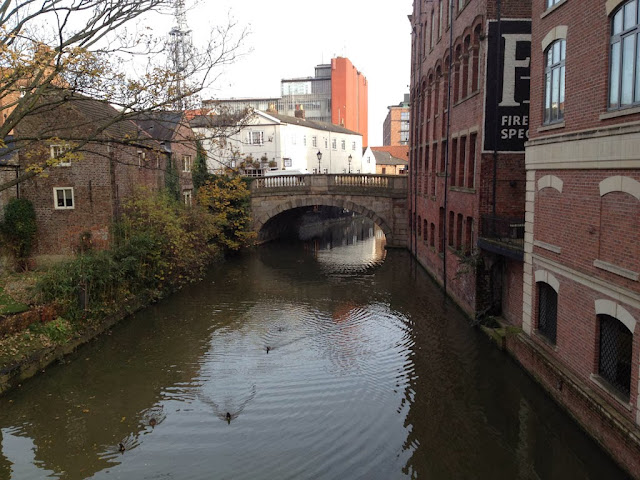 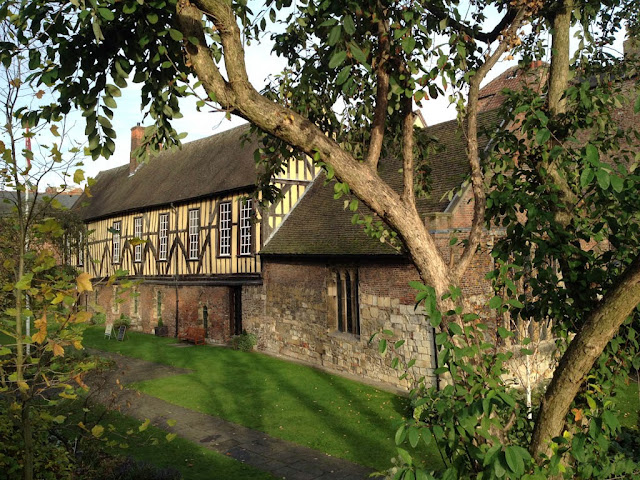 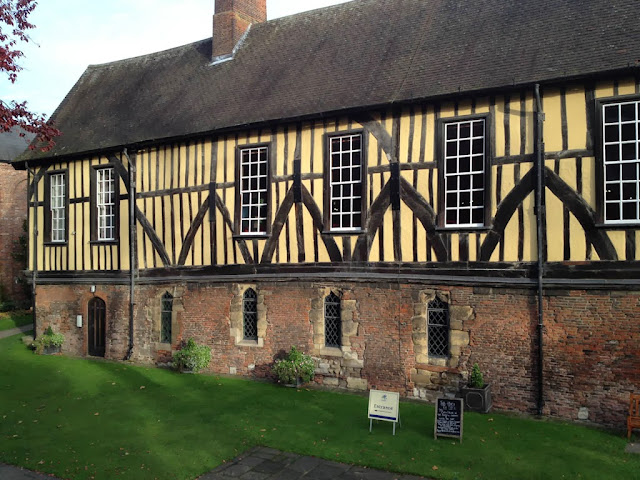 I didn't have much time before my train was due to leave so I bimbled around a few antiquarian bookshops and then set off for the train station, passing by the faded glory of the old White Swan Hotel, the red brick pomp of Barclays Bank on Parliament Street, the sagging Jones and Co and Golden Fleece in Pavement, and then through Higher and Lower Ousegate and over the River Ouse itself. 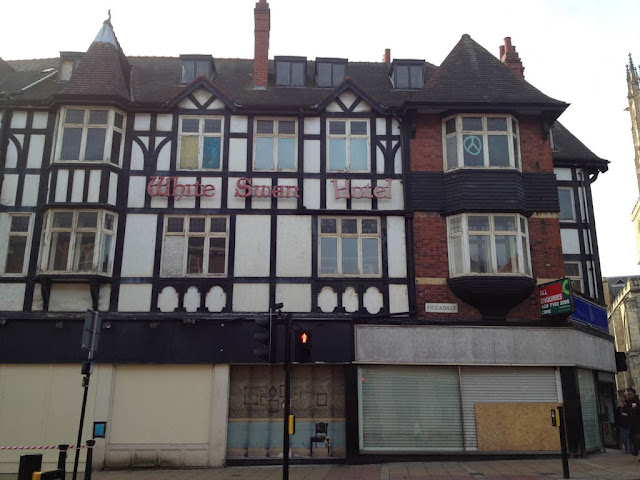 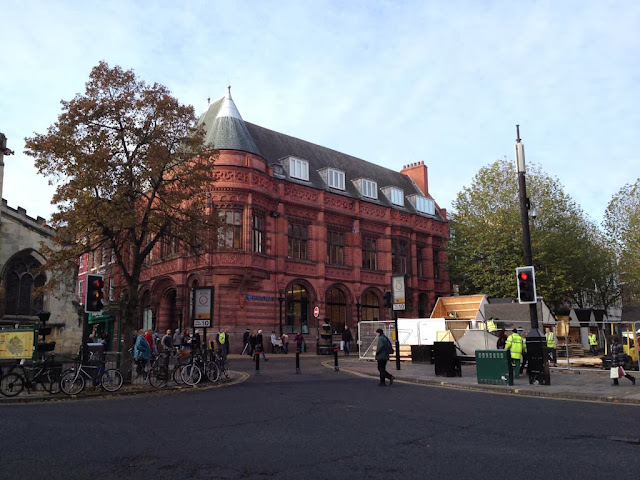 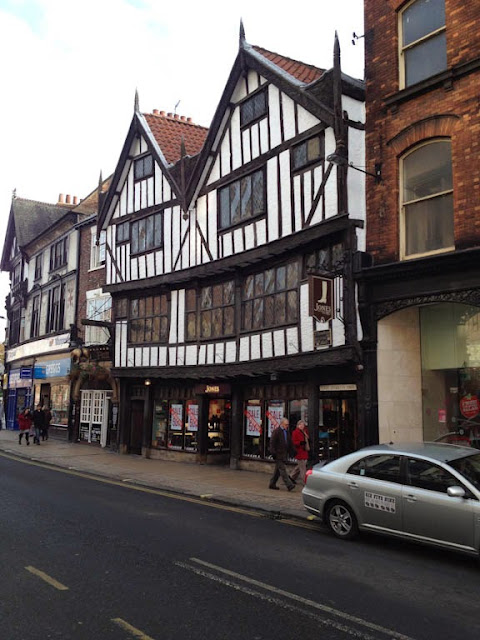 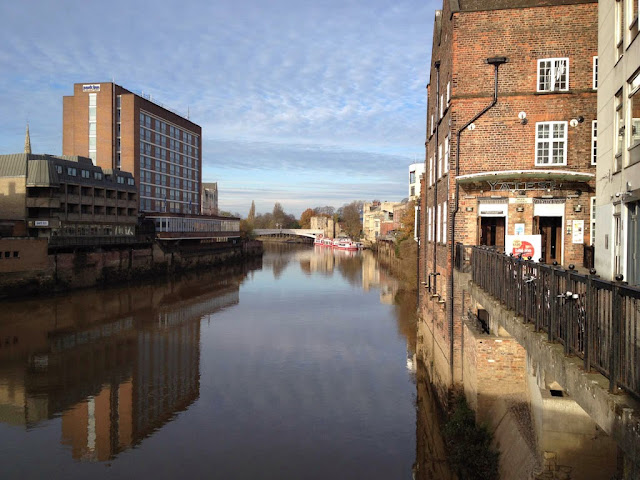 I then passed out of the old city through Micklegate and arrived at the station and set off home. 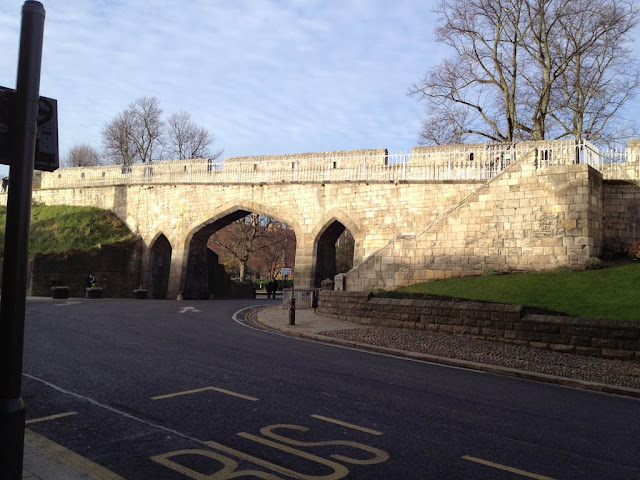 My journey was made all the more bearable between York and Grantham by chatting to a lovely octogenarian with the memory of a goldfish who repeatedly told me the same stories for an hour. But she was lovely and the miles flew by.

However, the second half of the journey was spent with a bald Yorkshire businessman in 1980s red braces who went on the attack against 'Southerners' pretty much with his first words to me. I mean, it's good to be proud of your roots but he was just annoying and rude. He spoke with the same patronising and slightly fearful tone you hear from racists and homophobes. I know he isn't representative of the North, which is generally much friendlier and open than the South and I won't have my views overturned by one loud bigoted twat. And anyway, he wasn't quite so talkative after I pointed out that, to the Scots and Geordies he's a 'Southerner'. And when, as many scientists predict, the Earth's poles switch, I'll be the Northerner.

A shame I didn't get more time in York. It's a city I know quite well from other visits but I'd like to know it better.
Posted by Stevyn Colgan at 13:31