The Forgotten Heroes of Comedy

Last night I was taking photos at an event put on my publishers, Unbound, in London. It was an evening with Terry Jones, member of the legendary Monty Python team and director of three of the only four films considered offensive enough to be banned in Ireland (answer at the foot of the page). 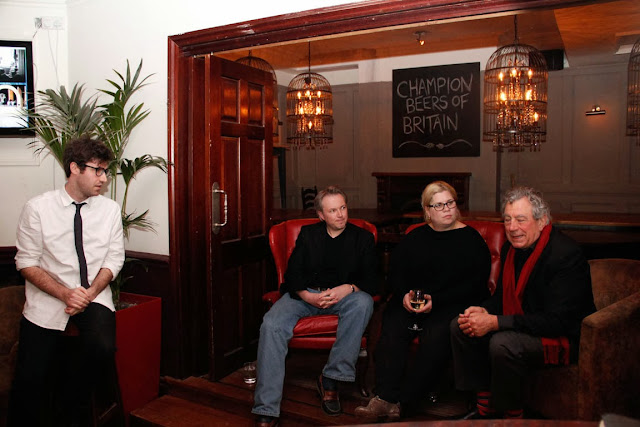 However, Terry was there to support a fantastic book project by Robert Ross, a prolific writer about TV and film and a comedy history encyclopaedia on legs. Robert wants to put together a book about the comedians that, for whatever reason, most of us have forgotten. These aren't obscure fringe acts; many were huge in their day but, for some reason, they've faded from public memory. People like Arthur Haynes, once ITV's most popular comedian, now almost completely erased from TV history:

Or Freddie Frinton, seen here in his famous Dinner for One. This is a comedy sketch that the Guinness Book of Records reported as the most frequently repeated TV programme of all time. That's because German TV stations have shown it every Christmas since it was recorded in 1961. It's become as much a traditional part of Christmas TV fare in Germany as Morecambe and Wise and showings of It's a Wonderful Life are here. And yet, who remembers him here in his native Great Britain?

Or how about Harry Worth? Those of you of a certain age will probably remember the opening titles of his TV show - that bit with the window glass. We all had to copy it, much to many shopkeepers' annoyance. I know I did.

Or, let's come more up to date with the amazing Hovis Presley, the performance poet. Remember him? Or what about acrobatic comedy team, The Jovers?

As was discussed last night - with some excellent MCing from the comedian Dan Schreiber - there doesn't seem to be any one single reason why one comedian or comedy team achieves long-lasting fame while others don't. It's not simply about popularity; Hale and Pace were HUGE in their time, as was Jimmy Clitheroe, and Dick Emery ... but when do you ever see their shows repeated? When do you hear their names mentioned on history of comedy type programmes?

What about Mel Blanc? He created over 1000 different voices - including Bugs Bunny, Daffy Duck and Elmer Fudd -  but who remembers him as a comedian? He was a stalwart of the Jack Benny show:

Robert's book will feature over 100 of these forgotten brilliant people and, not only that, a host of big comedy names like Tim Brooke-Taylor, Roy Hudd, Michael Palin, Ross Noble, Chris Addison, Bernard Cribbins and many more will be championing them in the book. On stage last night we had two of the champions - Terry and Katy Brand - but there were more in the audience including brilliant stand up and Red Dwarfer Hattie Hayridge. 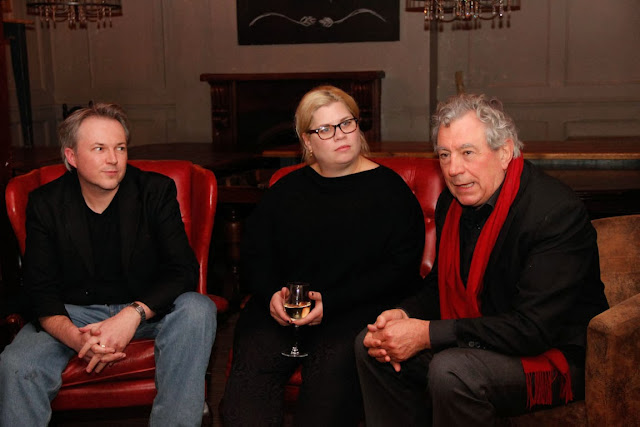 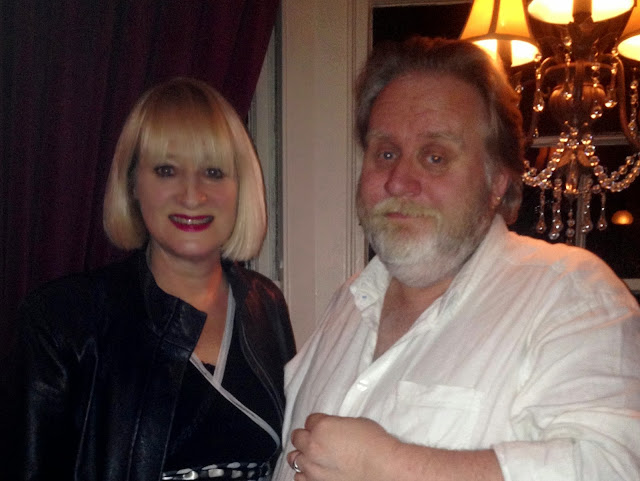 This is a book project that most publishers are wary of. 'Why would we commission a book about people who are forgotten?' they say. It's because they're forgotten that the book needs to be written you oafs! Thankfully, publishers like Unbound are driven by more than just celebrity culture and passing popularity fads. They put the decision over whether a book gets published back into the hands of readers.

You can see Robert's pitch (featuring Terry and the brilliant Barry Cryer) here on the Unbound website. You can also pledge money to help make it a reality and get your name in the book. Pledge a bit more and there are all kinds of treats in store.

Help make this book happen. And help these great but, sadly, forgotten comedians to get the recognition they deserve.

And, while you're at it, why not help to fund Katy Brand's first novel Brenda Monk is Funny too?

Oh, and Terry's banned films? Life of Brian, The Meaning of Life and Personal Services. The one he didn't direct was The Last Temptation of Christ.
Posted by Stevyn Colgan at 15:58