Normal Service Will Be Resumed As Soon As Possible

My blog has been a bit quiet of late and, for that, I apologise. But I do have a good reason. Well, I think I do. The first half of my year is taken up with stuff like QI and The Museum of Curiosity but from July through to the New Year, like most freelancers, I have to get in as much paid work as I can. I also need to work on whatever book project I'm currently engaged in.

It just so happens that this year FOUR books are competing for my attention; three that I've been working on for some time and one new one, a novel. It's just a curious coincidence that they're all starting to come together at the same time. So, what I've had to do is pick one and say 'I'll finish this one first. Then move onto the next. And so on.' So, for the past month, I've pushed my proboscis to the quern and have hunkered down to finish the novel. And I'm nearly there. It's very exciting. 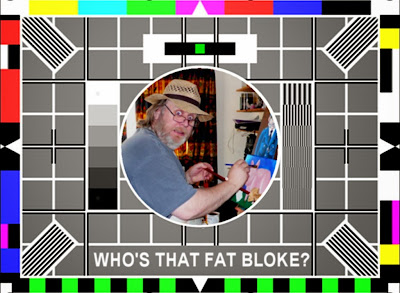 After that, there's a book project that I'm also pitching as a possible TV series. And another novel ... that might also be pitched as a TV series. And a rather more sensible book that is related to The Skeptical Bobby talk that I've been performing all over the UK for the past nine months (and still am - Leicester, London and Liverpool in the next seven days!).

And I have a few art jobs to complete. And I have to read loads of books as I'm a judge for the 2014 Transmission prize. And I have a couple of paintings on the go - when I get any free time!

So bear with me ... normal service will be resumed as soon as possible :)
Posted by Stevyn Colgan at 00:27