The Plumptious Art of Fernando Botera

As you'll know if you pop along here occasionally, I've spent the past 20 months or so teaching myself to paint. My most recent canvasses have featured British stereotypes matched to British idioms; meat and two veg, vicars and tarts, teacher's pet, fisherman's friends etc. 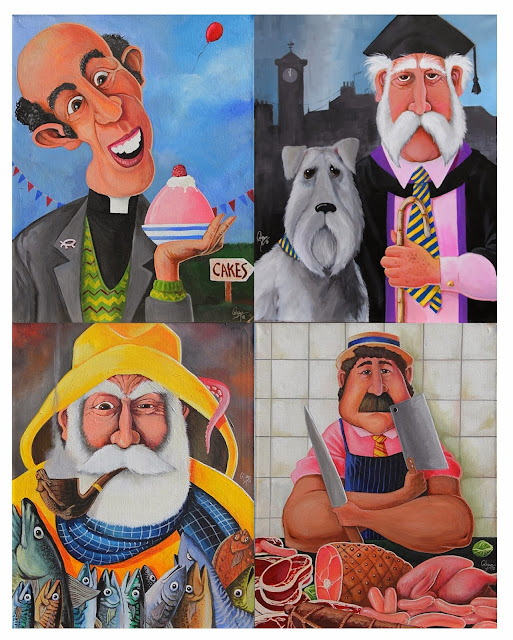 One of my big inspirations is the late, great Beryl Cook and her hundreds of paintings of curvy women and chunky blokes having fun. 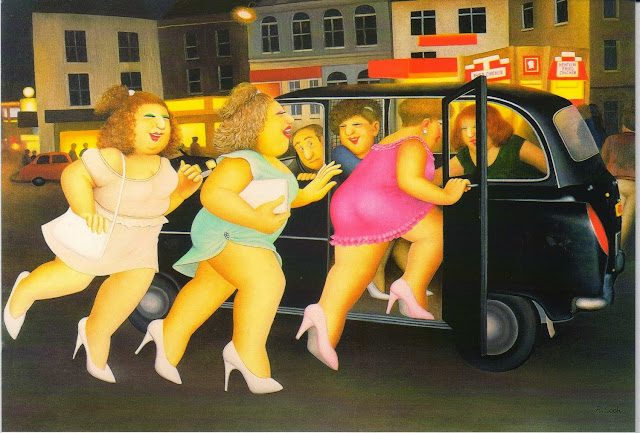 And, just recently, I've discovered the Colombian painter Fernando Botero, who seems to bring the same sense of ebullient joy to his paintings and sculptures.

Botero is held to be one of South America's most important living artists and his unusual figurative style has earned the name 'Boterismo'. Where he differs fundamentally from artists like Cook is that the subjects of his paintings vary wildly from happy circus scenes to stark depictions of world events, such as his recent series about the abuse of prisoners at Abu Ghraib; just one example of him depicting a historical event with the intent of creating what he calls a 'permanent accusation'.

It's unusual to find an artist who can easily switch from the dark side of human nature to whimsy and yet still retain an identifiable and unique style. I guess that's why he's considered to be such an important artist. It's powerful stuff. But, for me, the whimsy will always win and I particularly love his take on the Old Masters.

Lots more Botero goodness here, some biography here, and although he doesn't seem to have his own website, a quick image search will turn up 100s of his works.
Posted by Stevyn Colgan at 11:08