A Postcard from Lincoln

So, Monday evening I was in Lincoln delivering my Skeptical Bobby talk at the inaugural meeting of Lincoln Skeptics in the Pub. A lovely group of organisers and a fantastic and enthusiastic audience. I'm sure the meetings will grow and grow. And, because of this, yesterday morning I had a chance to wander around the city and explore. And I'm so glad I did. 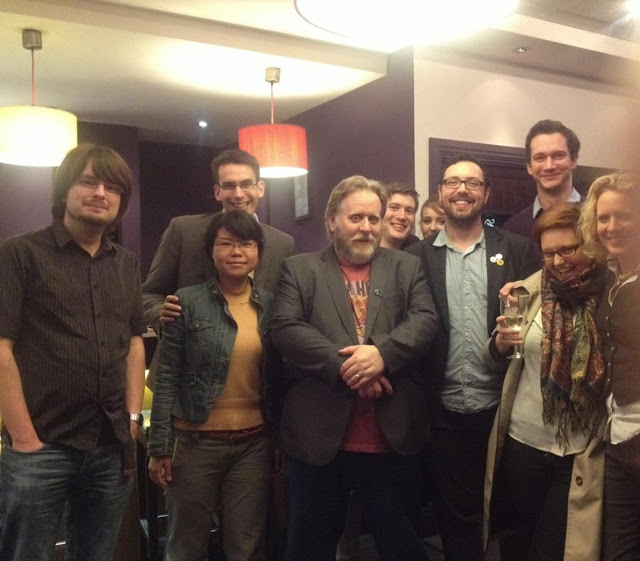 Lincoln is one of those cities where every era of history is visible. Roman ruins nestle up against Tudor timber-framed cottages and Elizabethan taverns overlook 20th century Bauhaus. My little walking tour started high up in the Cathedral Quarter where my hotel was and began with a slow walk down through Exchequer Gate towards the very aptly named Steep Hill. 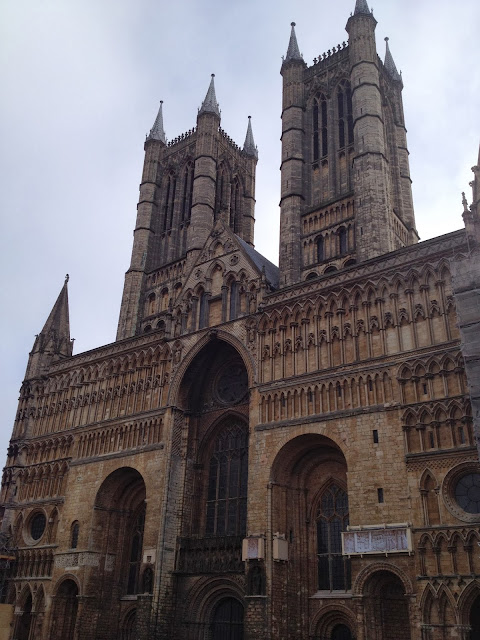 Right from the off, you become hopelessly aware that the cathedral dominates the city. It is incongruously huge among the houses around it. In fact, the cathedral - technically called the Cathedral Church of the Blessed Virgin Mary of Lincoln - was, reputedly, the tallest building in the world for 238 years between 1311–1549. These days, the central tower is 271ft (83m) high but it once had a central spire that took its height up to 525ft (160m). This is even taller than the Great Pyramid of Giza, which held the record for almost 4,000 years. The spire collapsed during a storm in 1548. It's an amazing building - parts of it date back to 1088 - and I would have liked to have seen inside but it was closed. This means I couldn't visit the famous Lincoln Imp, a small carved figure that has become one of the most famous emblems of the city. 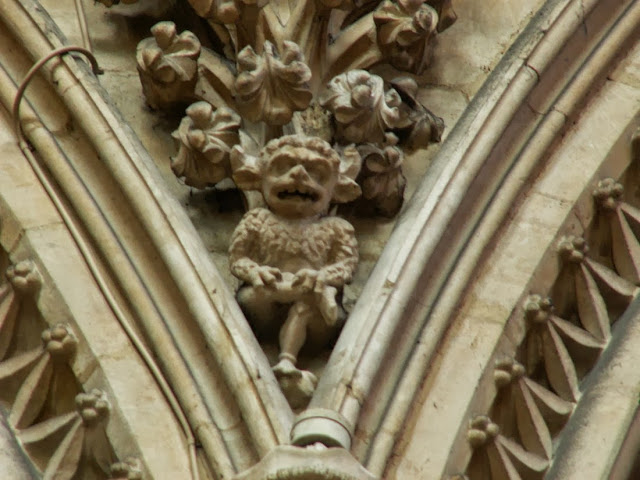 According to 14th-century legend, two mischievous imps were sent by Satan to do evil work on Earth. After causing mayhem elsewhere in Northern England they headed to Lincoln Cathedral, where they smashed tables and chairs and tripped up the Bishop. An angel appeared in the Angel Choir and ordered them to stop. One of the imps sat atop a stone pillar and started throwing rocks at the angel whilst the other cowered under the broken tables and chairs. The angel turned the first imp to stone, allowing the second imp to escape. The imp that turned to stone can still be found sitting atop his stone column in the Angel Choir.

Behind the cathedral in Exchequer Square you find Lincoln Castle and the beautiful Tudor building that houses the tourist information bureau. I didn't have time to visit the castle, sadly, as there were some museums and galleries I wanted to fit into my morning. The castle is one of the best preserved Norman castles in the UK (restoration work was on-going as I passed by) and it's possible to walk around the entire 900+ year old castle wall and see a great view of the city sprawling below. 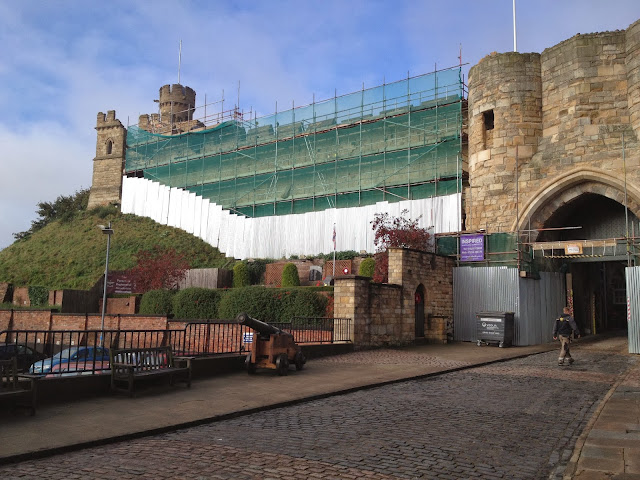 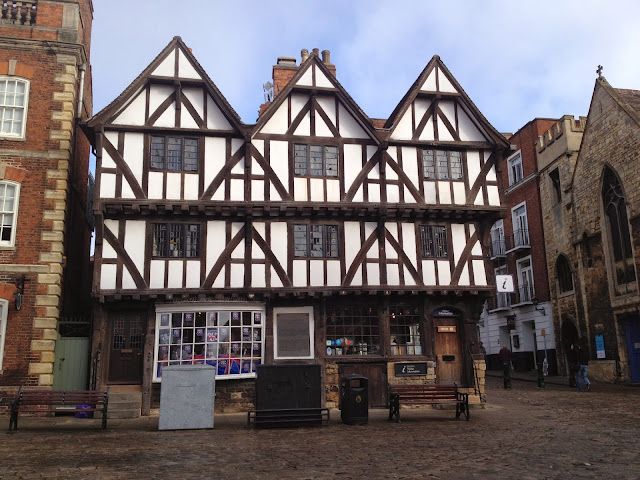 You realise just how high above the city you are when you start the descent down Steep Hill. And it really is very, very steep. There's even a handrail for old duffers like me to hold on to. 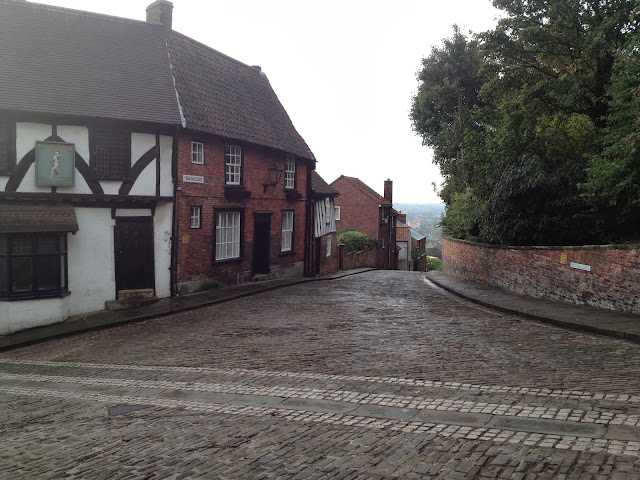 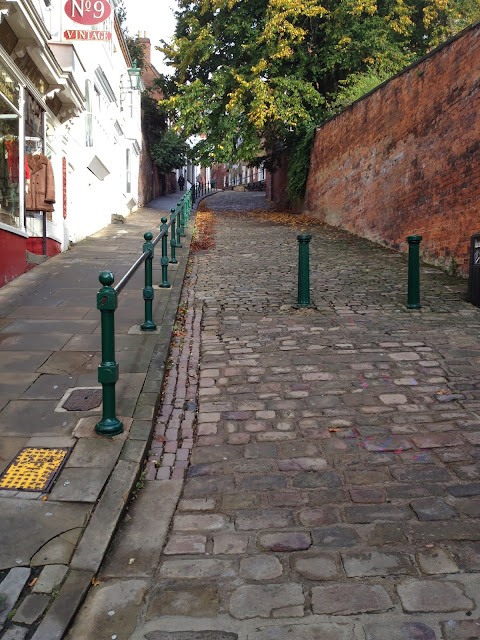 There are some lovely little independent shops all along the length of the hill and a real hodge-podge of architectural styles. About halfway down, you come to the Jew's House and Norman House, two Norman buildings, one of which is an amazing antiquarian bookshop. 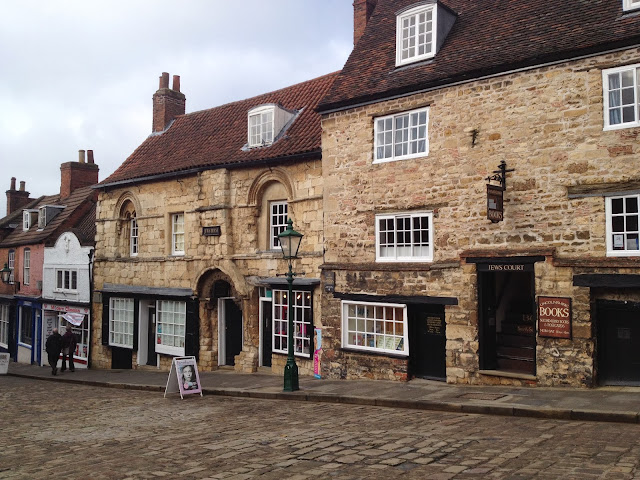 But then, in a pretty little close just off the hill, I spotted this amazing new build in amongst the cottages. I have to congratulate the local planning authority on their forward-thinking. I love the look of the place but I can imagine it met with some fearsome NIMBY-style opposition. 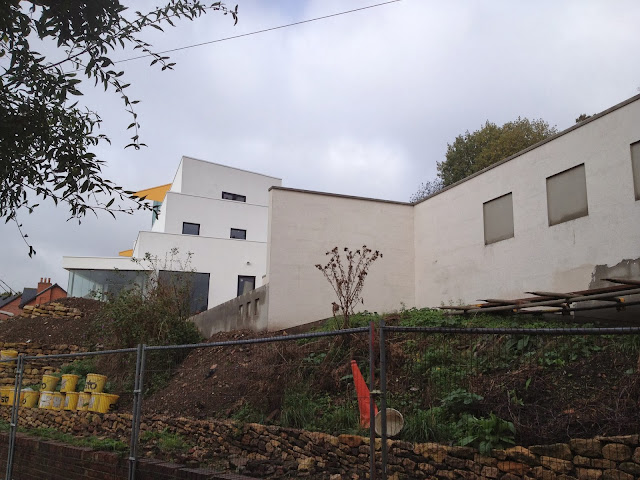 Very soon, Steep Hill became The Strait and I entered the city's cultural quarter. Here, I paid a visit to The Collection and The Usher Gallery. The Collection is a light, modern, airy museum that traces the history of the city from prehistory through to the English Civil War. Arranged inside a single large space, The Collection has everything from fossil plesiosaurs to Anglo-Saxon combs to Cavalier hats and is very child-friendly. In fact, the place was heaving with school parties drawing pictures, making silver foil armour and marching along shouting 'Sin! Dex! Sin! Dex!' That's really nice to see. 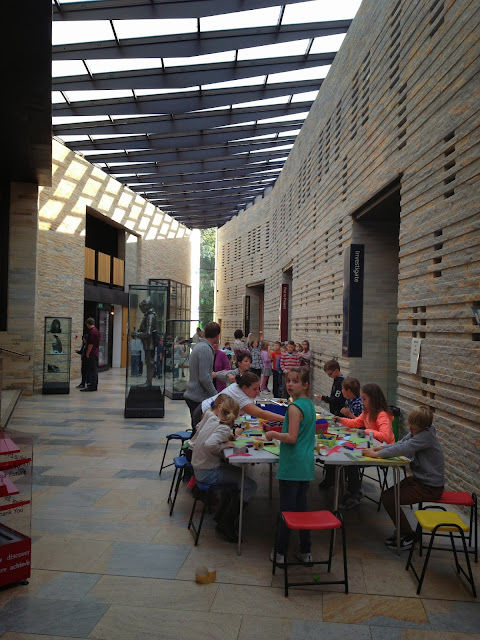 By comparison, the Usher Gallery is an older, more traditional style of museum with a truly eclectic range of art on display. I really liked the way that old and new are displayed side by side, such as this Grayson Perry vase sitting in front of William Hilton's Una and the Satyrs painted in the early 19th century. 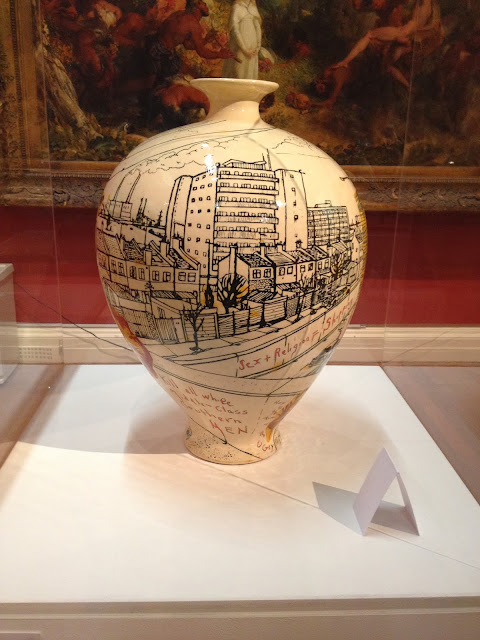 Visitors are given quite a large degree of trust. You can get up really close to the exhibits, like this L S Lowry painting of the city; I was able to see every individual brush stroke and take photos on my phone. Such a thrill. 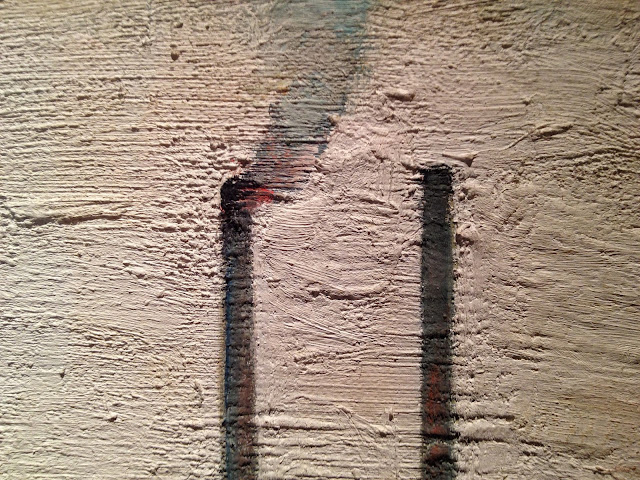 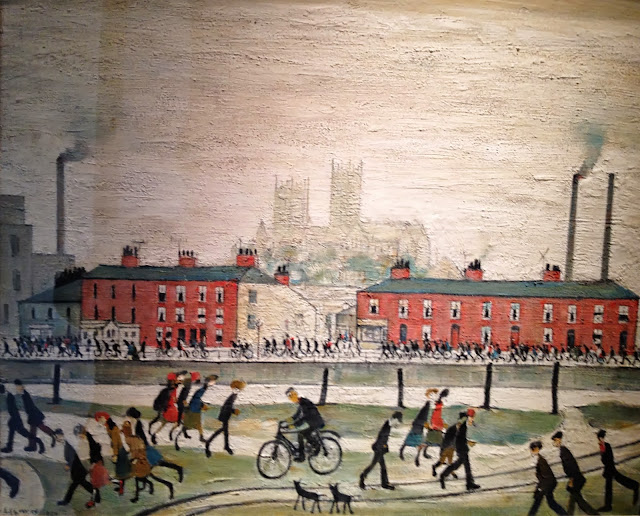 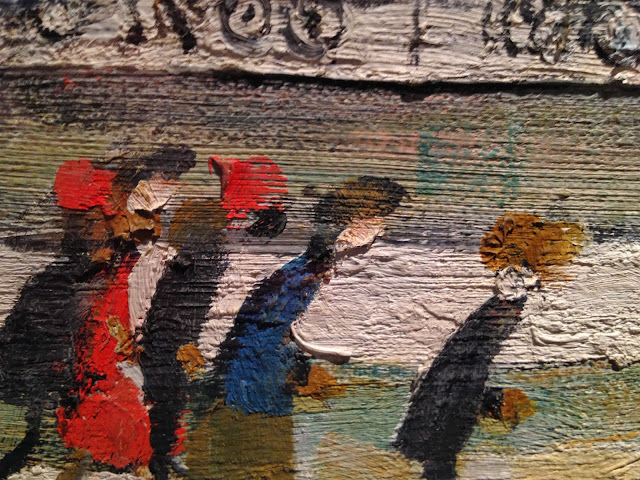 I then walked down into the High Street, snapping beautiful buildings as I passed them, stopping for a sandwich beside the River Witham and its iconic 'Empowerment' sculpture by Stephen Broadbent, and then down to Brayford Pool to feed some crusts to the ducks and swans before heading to the train station and home. 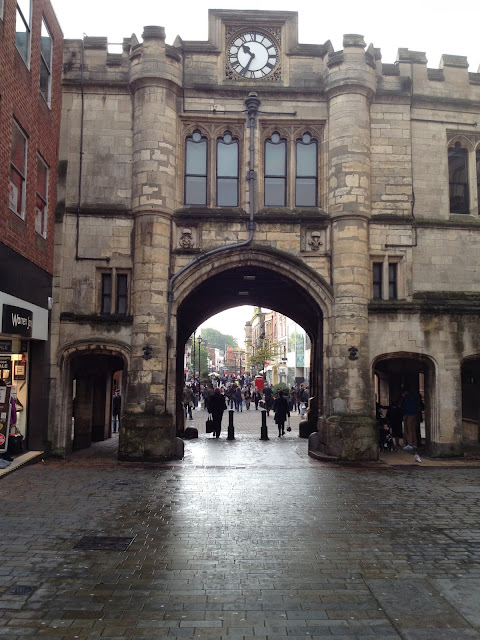 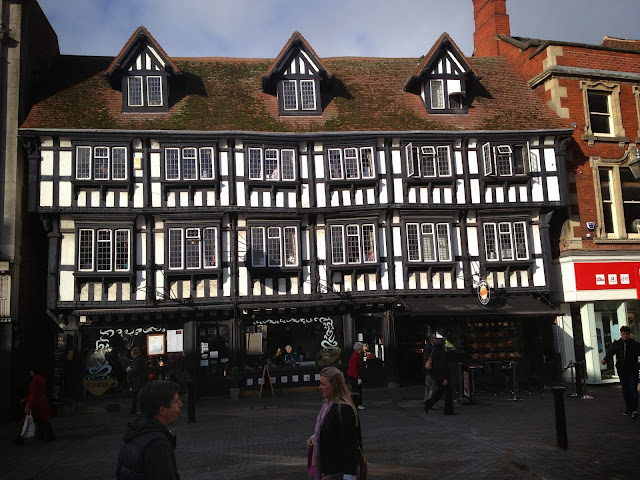 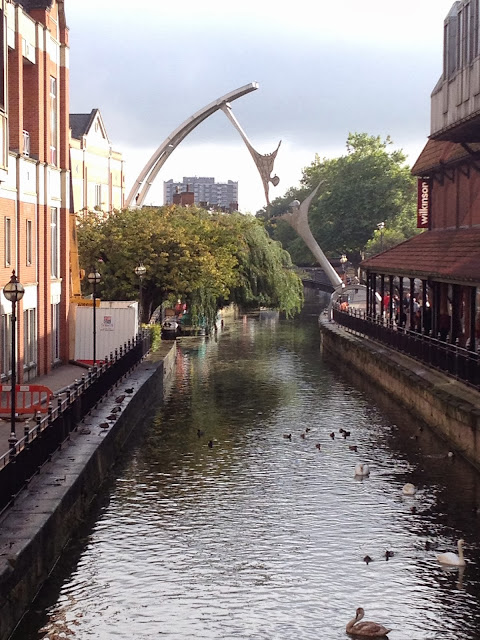 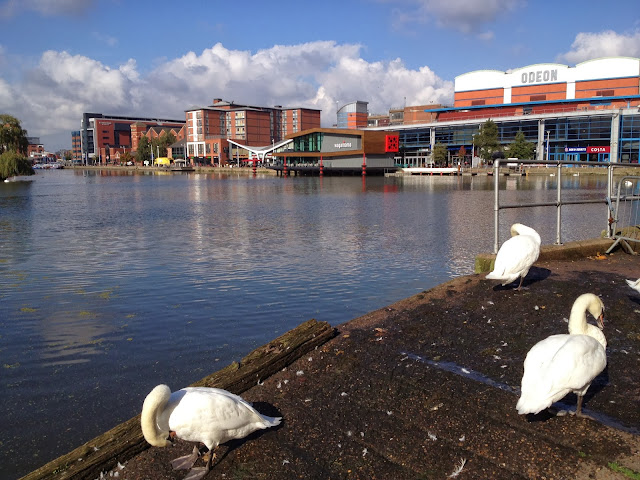 A truly beautiful city - I wish I'd had more time for exploration. I didn't even touch the many Roman ruins. Plus I'd like a gawk at the castle and cathedral.

I will return!
Posted by Stevyn Colgan at 11:47