A Postcard from Norwich

Thursday was another trip away to Norwich to do a Skeptics in the Pub talk. My hotel was very nice and sited right on the river. The talk went well with a lovely crowd. Then, as is my wont, I used Friday morning to go exploring. 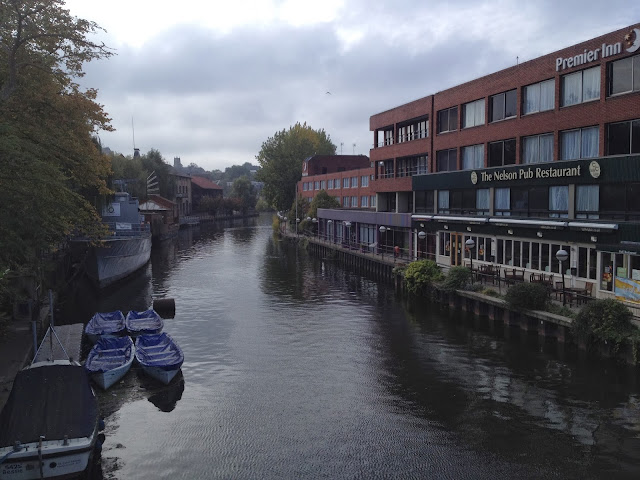 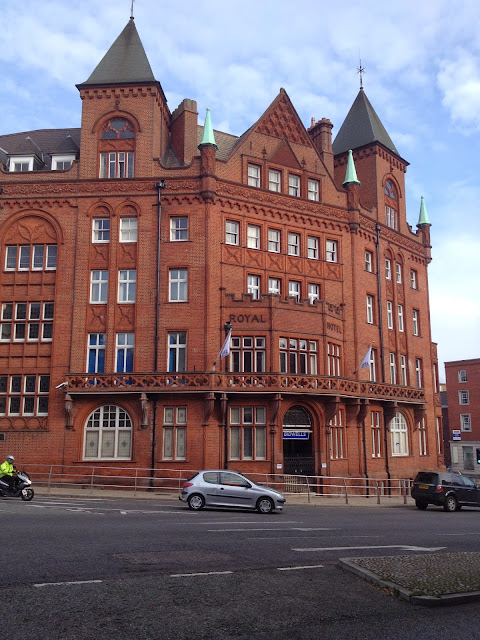 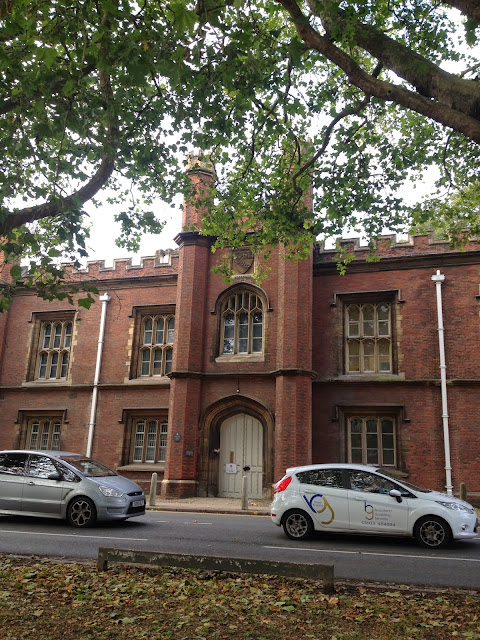 Norwich has more than its fair share of interesting buildings. For instance, the two photos above show the imposing Victorian Royal Hotel on Agricutural Hall Plain and the Norwich Castle study Centre. The Study Centre was originally the Shirehall, built in 1821 to replace the original 1789 Shirehall built by Sir John Soane, which in turn was built on the original Shirehall of 1579. There's been a shire house on the site since 1270 and they have all been connected to the castle on the hill behind by way of a tunnel. And talking of the castle ... 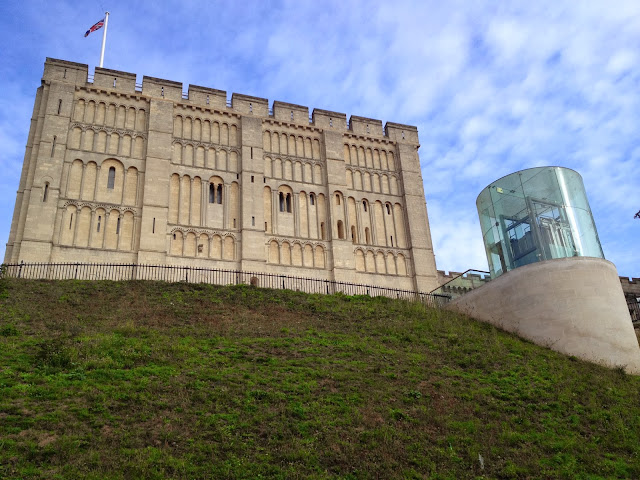 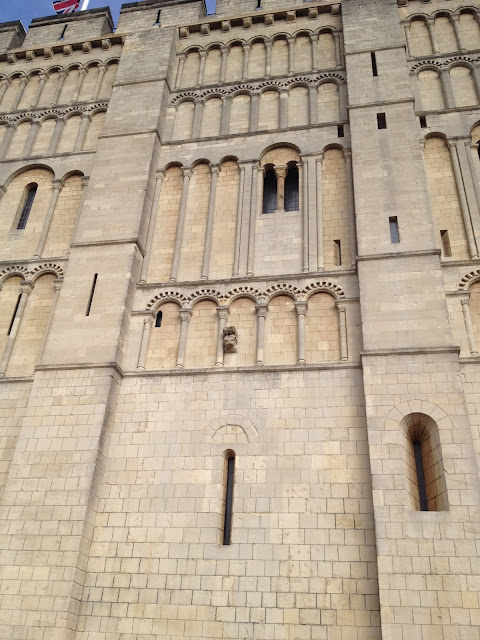 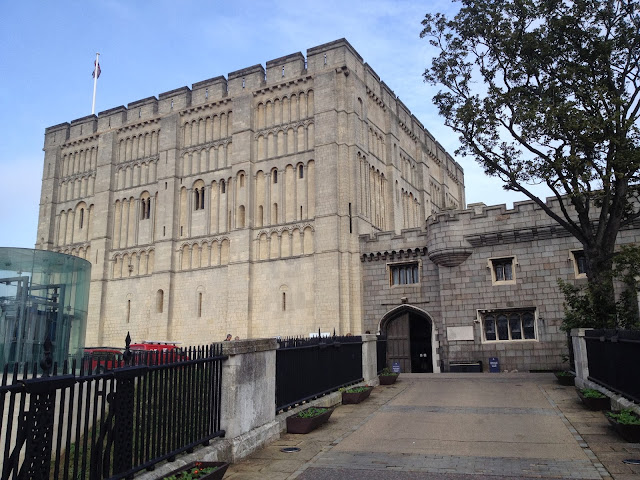 The first thing that strikes you about Norwich Castle is how modern, clean and fresh the main building looks, considering the castle is Norman. There is a good reason for this. The original castle was built by William the Conqueror sometime around 1066-1075 to support his attempts to subjugate the East Anglians. The castle was used as a gaol from 1220, with additional buildings constructed on the top of the motte next to the keep. These buildings were demolished and rebuilt between 1789 and 1793 by the aforementioned Sir John Soane, and more alterations were made in 1820. Then, in 1835-1839, Anthony Salvin, with James Watson as mason, renovated the entire fascia using Bath Stone, faithfully reproducing the original ornamentation. The fact that Bath Stone is so soft means that it's picked up a century (or more - some of the stones are much older than others) of graffiti; but none of your spray-painted tags - these are carved into the stone itself. 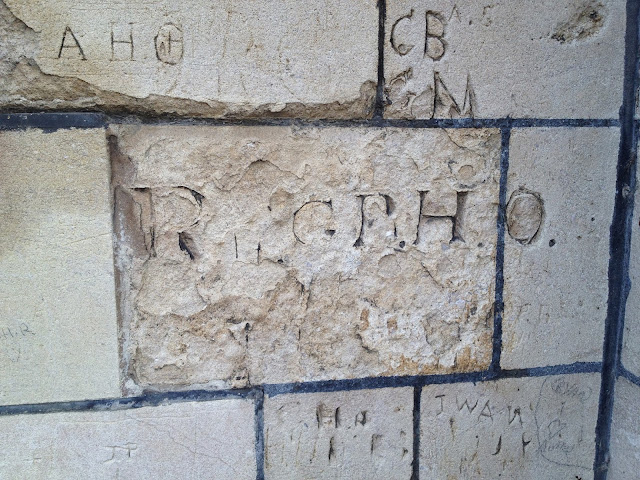 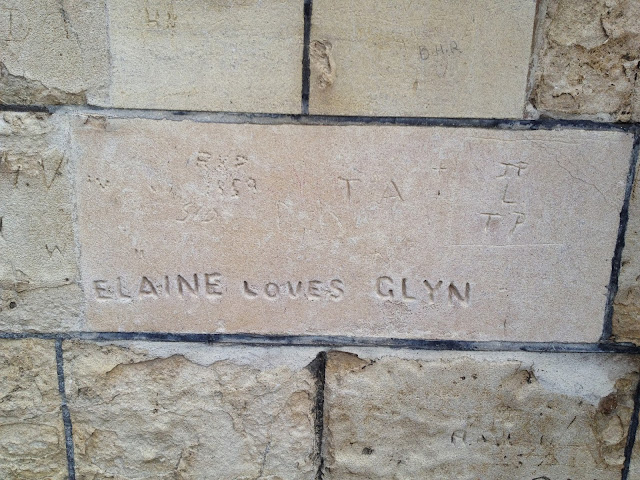 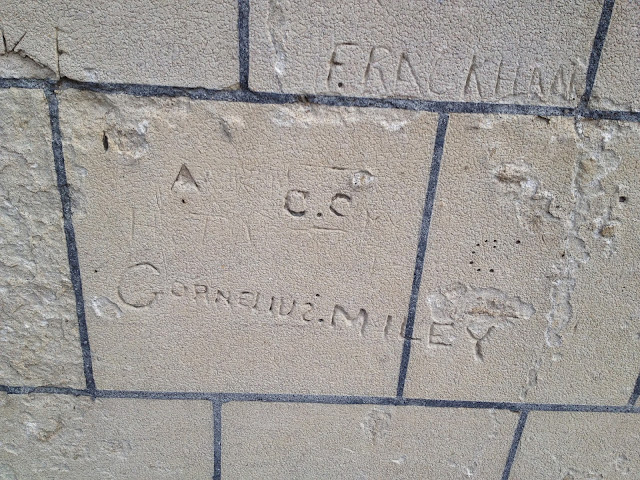 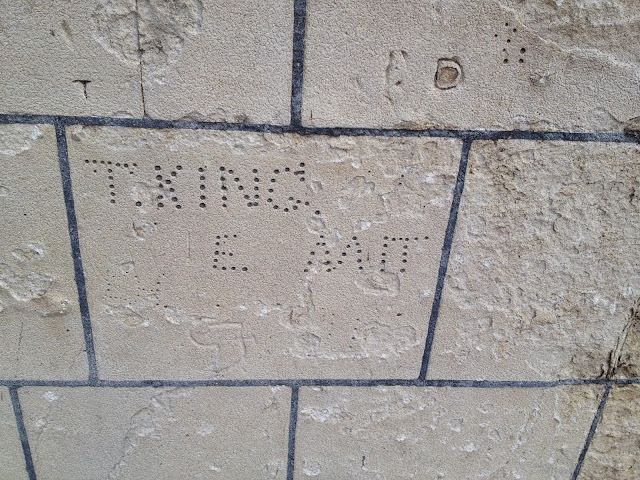 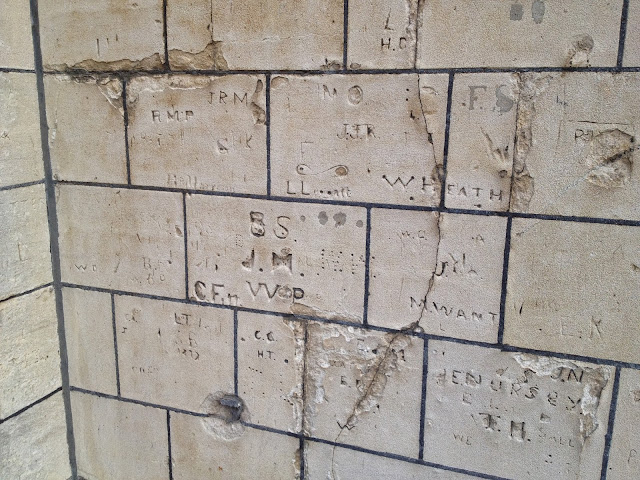 And this slightly less impressive but nevertheless historical effort ... 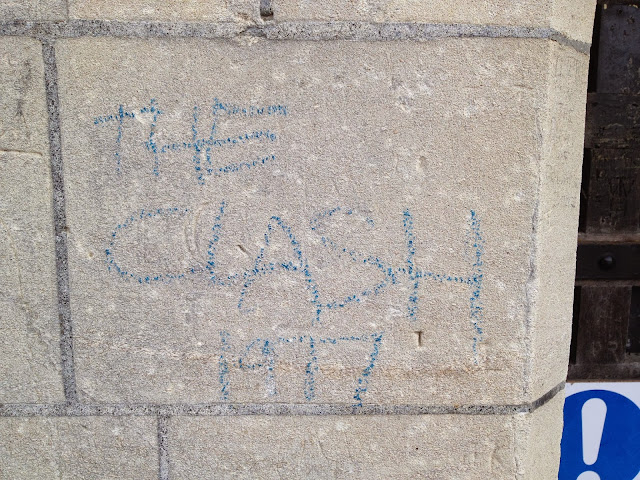 Just to the side of the castle, you come across a series of what look like hothouses. Further investigation reveals them to be the high roof of a shopping complex called the Castle Mall. 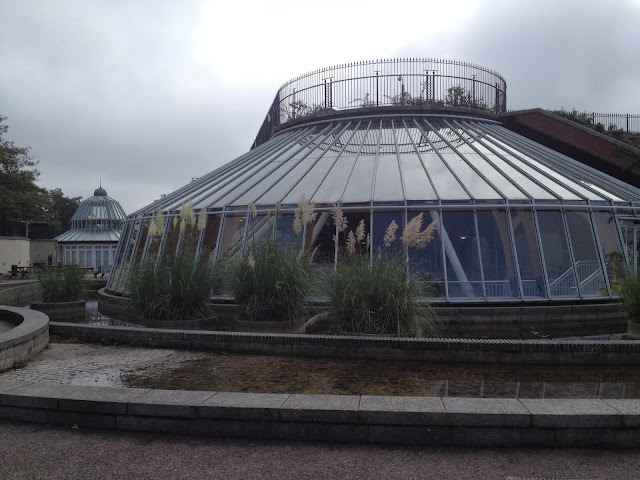 I walked inside and was struck by how light and airy the mall was. It's a lovely space that looks more like the interior of a cruise liner than a mall. So I took some photos. And was immediately pounced upon by security who informed me that photography isn't allowed. Naturally I asked why and was given some rather wishy-washy excuse about anti-terrorism. I then pointed out that I'm an ex-cop and that they were talking arse-gravy. Firstly, if a terrorist wanted to blow up the shopping centre, they could visit it every day to plot and wouldn't need photos. It's not a restricted premises like, say, Westminster Palace. Secondly, no self-respecting terrorist would provide the police with evidence - in the form of photos - that they'd been extensively casing the joint. However, my logic and experience cut no mustard (that's a Norwich joke) and I was forced to capitulate or leave. Sadly, this ridiculous 'no photography' rule seems to exist just so the jobsworths have something to be jobsworthy about. Having whinged about the incident on Twitter, I heard that it seems to be common practice in shopping malls. Sigh. I was in two minds as to whether to include any of the photos I took in this blogpost. But then seeing that there are 100s of photos of the place online - including on the architects and the bloody mall's own websites! - I figured it will be okay. Terrorists look away now. 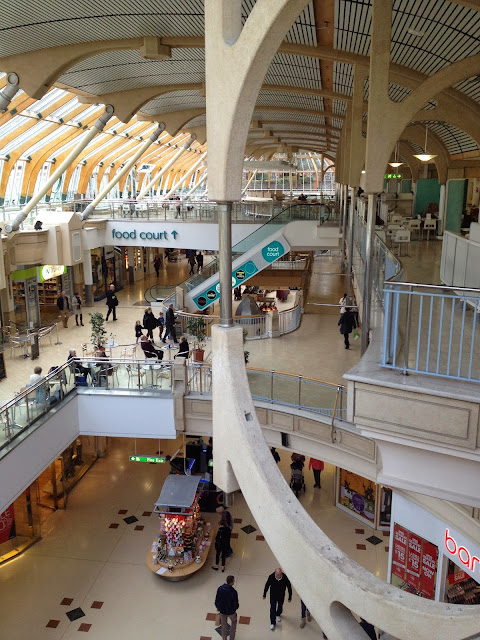 I rounded off my trip with a visit to the home of Father Ted and IT Crowd creator Graham Linehan and family where we drank tea, walked his dog and discussed some ideas for possible TV shows. Lovely people. And, all too soon, it was time to head off to the train station and home.