I did my first talk for one of the regular Sceptics in the Pub meetings at The Monarch pub in Camden on Monday night. I was talking about crime science and how changing perceptions can be a powerful weapon in solving problems. During one part of the talk I mentioned products that are specifically designed to 'trick' people. Here's a great example. They're called 'seat savers' and they're cast in soft vinyl. The idea is that you leave them on your seat at an event and no one swipes your place. 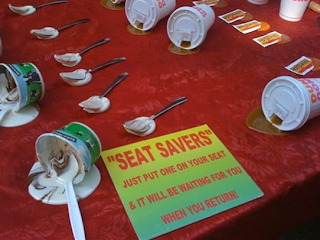 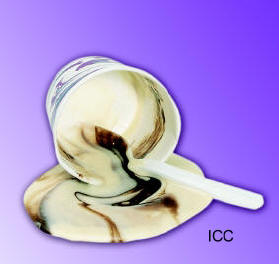 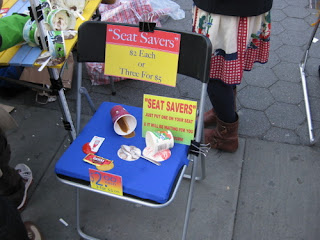 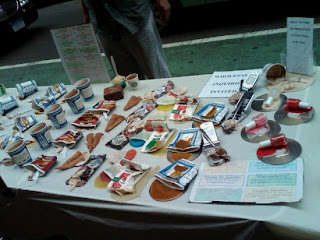 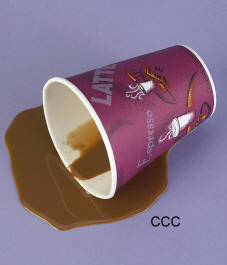 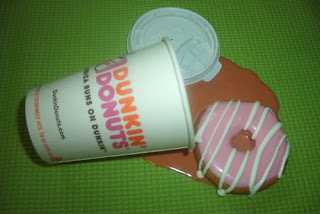 I don't know how well they sold but I assume not so well as the New York-based company that made them, called Jeremy's Place, seems to have vanished from the Internet. However, I did find another company called Fake Food Online who still appear to be trading. Here's the site. 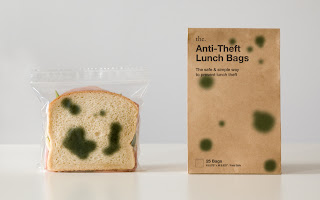 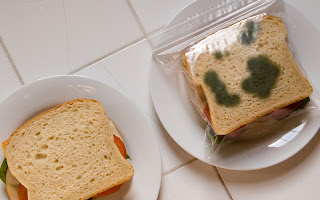 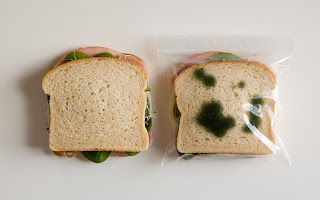 Meanwhile, here's a similar idea. This one not only fools our senses but plays with our emotions too, most notably disgust. These 'Anti-Theft Lunch Bags' are pre-printed with what looks like green mould. The idea was developed by Sherwood Forlee and Mikoko Ouchi of the the. Design Agency as a tongue-in-cheek method of preventing co-workers or fellow college students helping themselves to your food. Interestingly, I've read reports that some people, even when shown that it's nothing more than fake, printed mould, still won't eat the sandwich afterwards. The initial impression of yuckiness is so strong that it effectively puts some people off. I guess it's that 'First bite is with the eyes' thing that makes Japanese chefs so extraordinarily careful about presentation. 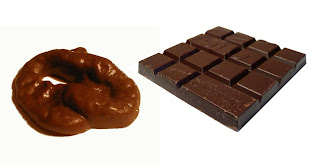 Nasty eh? I include it for a reason. I'm working on a new book at the moment and one part of it talks about perception. I've interviewed some fascinating people so far and was lucky enough to spend some time chatting to comedian and musician Tim Minchin who had some very interesting stuff to say about 'magical thinking' and superstitious notions of tempting fate. One spin-off of this chat was that Tim introduced me to an old friend of his from Australia called Rob Schutze who trained as a psychotherapist specialising in helping people with Obsessive Compulsive Disorder. Rob has some great examples of when our mind seems to operate against us, like it's a separate entity. Did you know, for instance, that chewing gum doesn't lose a lot of flavour as we chew it? It loses some but what actually happens is that our minds get bored with it and effectively 'switch off' the taste. To prove it, try leaving a bit of 'tasteless' well-chewed gum (on the bedpost?) overnight and return to it in the morning; it will seem to have got quite a lot of its flavour back. You can get the same 'bored brain' effect by concentrating on another activity such as reading while eating. The food will 'lose' its flavour. But if you then stop reading, shut your eyes and concentrate on thinking about what you're tasting, the flavour will return. Chefs like Heston Blumenthal recognised this long ago and use sound and vision to do the opposite - to enhance the taste by making you concentrate more on the food. Famously, his 'Sound of the Sea' seafood dish looks like objects on a beach and you eat it while listening to a recording of crashing waves on a MP3 player concealed inside a seashell.

This brain/taste/perception thing is so powerful that if you melt a bar of chocolate in front of people, pour it into a mould shaped like a dog turd and then ask them to eat the resulting object many won't; the association is so strong. It's also why, here in the West, we don't eat insects even though many are very tasty; certainly no less tasty than the bugs we do eat like shellfish (I wrote about this at some length here). Fascinating stuff eh?

Do come along to one of my future talks (see top right of blog) or you can book me to speak at an event or a company training day. Just mail me at stevyncolgan@mac.com.
Posted by Stevyn Colgan at 11:59