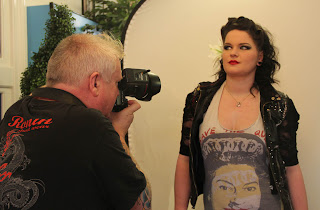 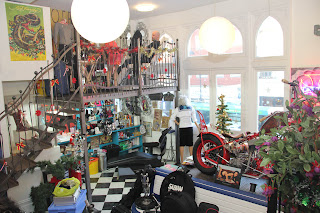 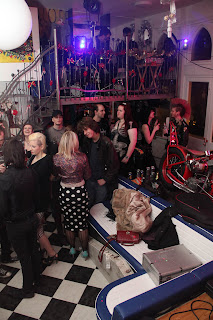 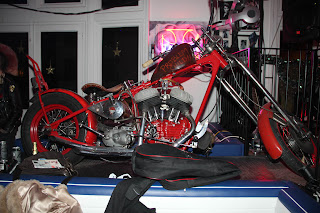 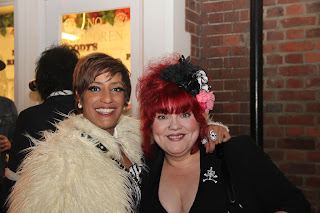 The idea behind today's event was for Mark to get some studio quality shots of great tattoos to accompany his more unplanned, documentary shots. I would then interview the models for a feature I've been commissioned to write for a tattoo-interest magazine. Mark set up a small studio in the upstairs salon of Woody's Tattoo Parlour in High Wycombe. Woody is a bit of a legend among tattooists and has inked many many famous people over the years. Just a few months ago, he gave Adam Ant a new tattoo and Adam was persuaded to give a small, private gig to about 50 of us. We were going one bigger with today's event with two live (and very loud) bands performing: Spit Like This and Release The Bats. 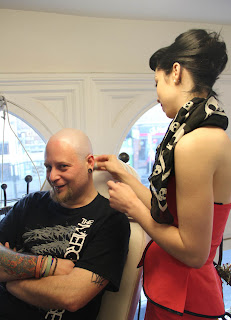 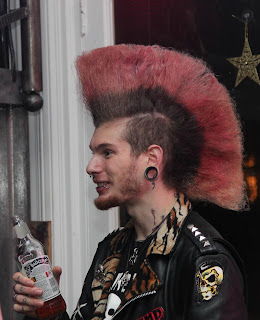 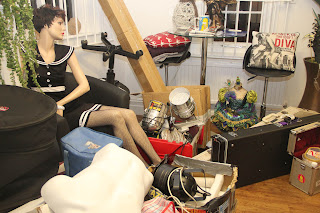 I can't show you any of the portrait shots yet but I will share some photos I took during the day. Here's Release The Bats in action: 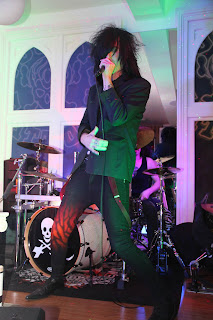 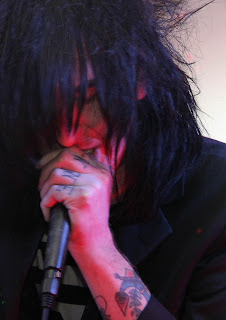 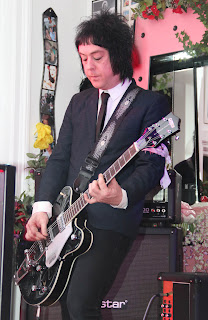 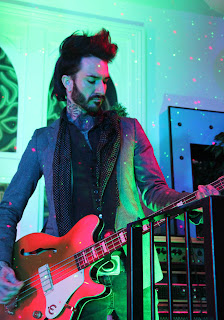 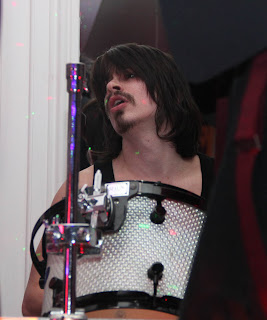 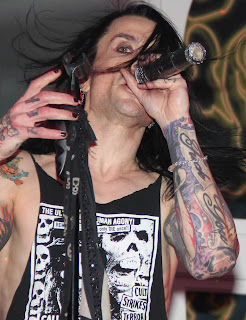 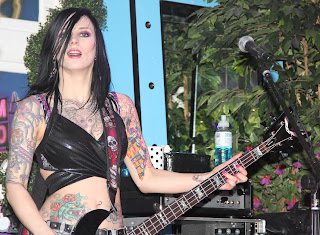 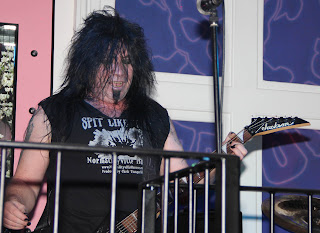 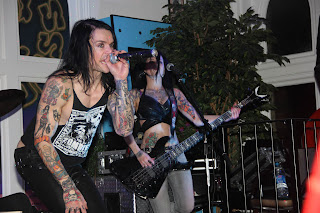 Some of my favourite shots were candid ones like this of ex-Wutars and now frontman of the The Wizards Of West Wycombe, Alex Kew (far left) and his extraordinary moustache: 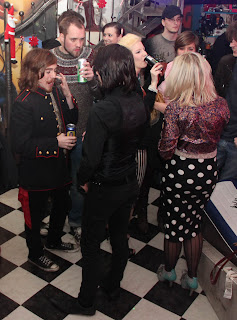 Burlesque Queen Khandie Khisses and Gary from Release The Bats: 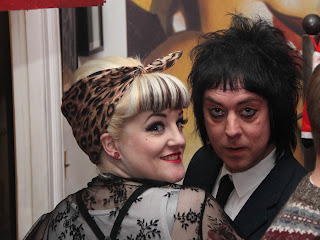 And my favourite shot of the day, also featuring Gary: 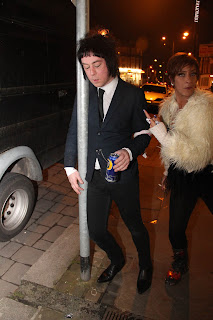 A fun day where I heard some great music and met some amazing people. It's nice to get out from behind the laptop or the easel once in a while. As you can see: 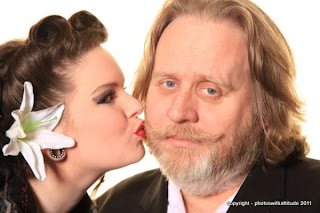