Tonight's XL episode of QI revolved around Kitsch and it was a fun show to do. I got to show off some of my personal collection of Viewmaster 3D viewers on the big screens and even let Stephen, Alan and the panellists fondle a few of them. 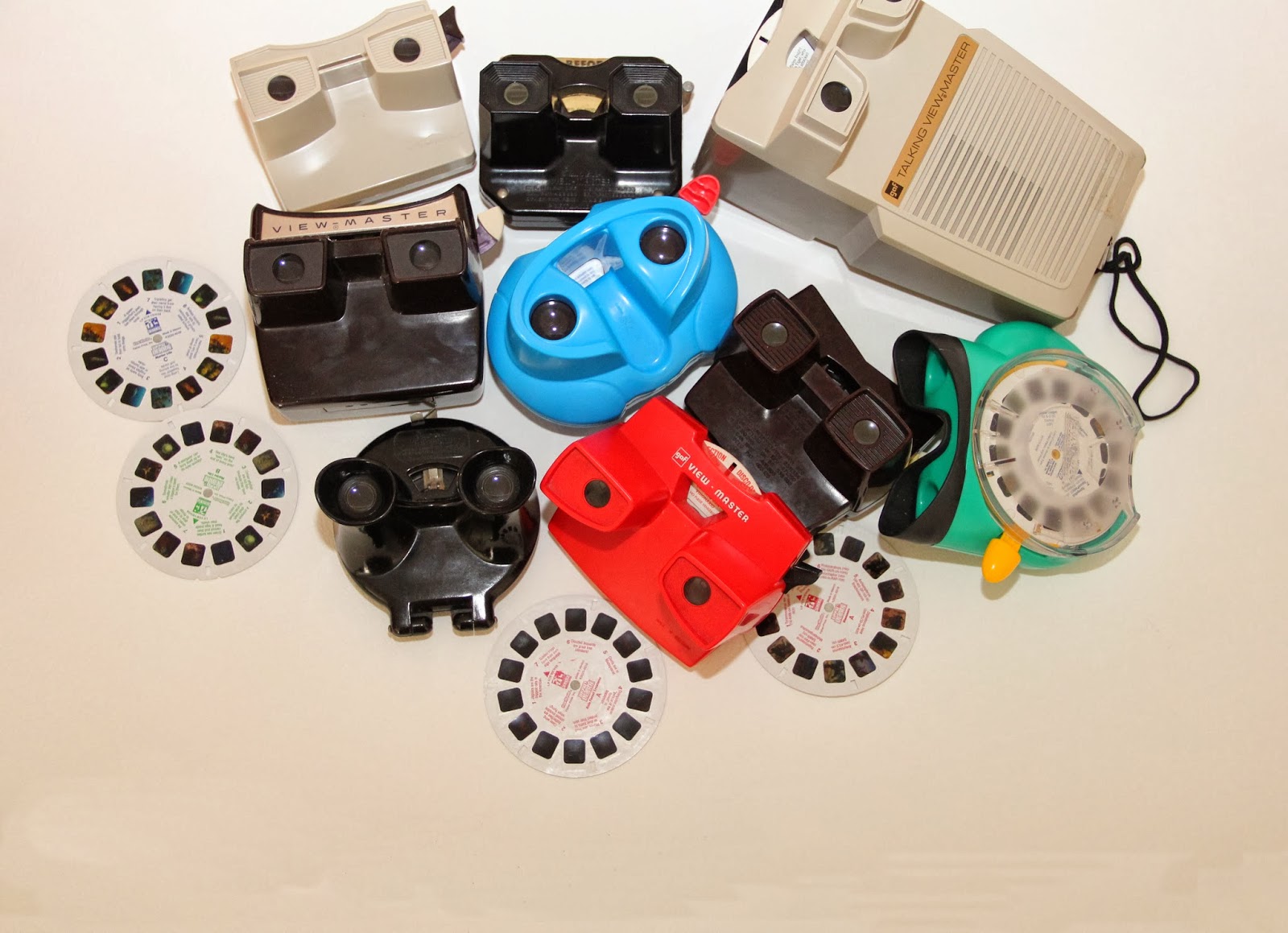 In case you were wondering exactly what they could see on the military training discs, here's a sneaky peek. 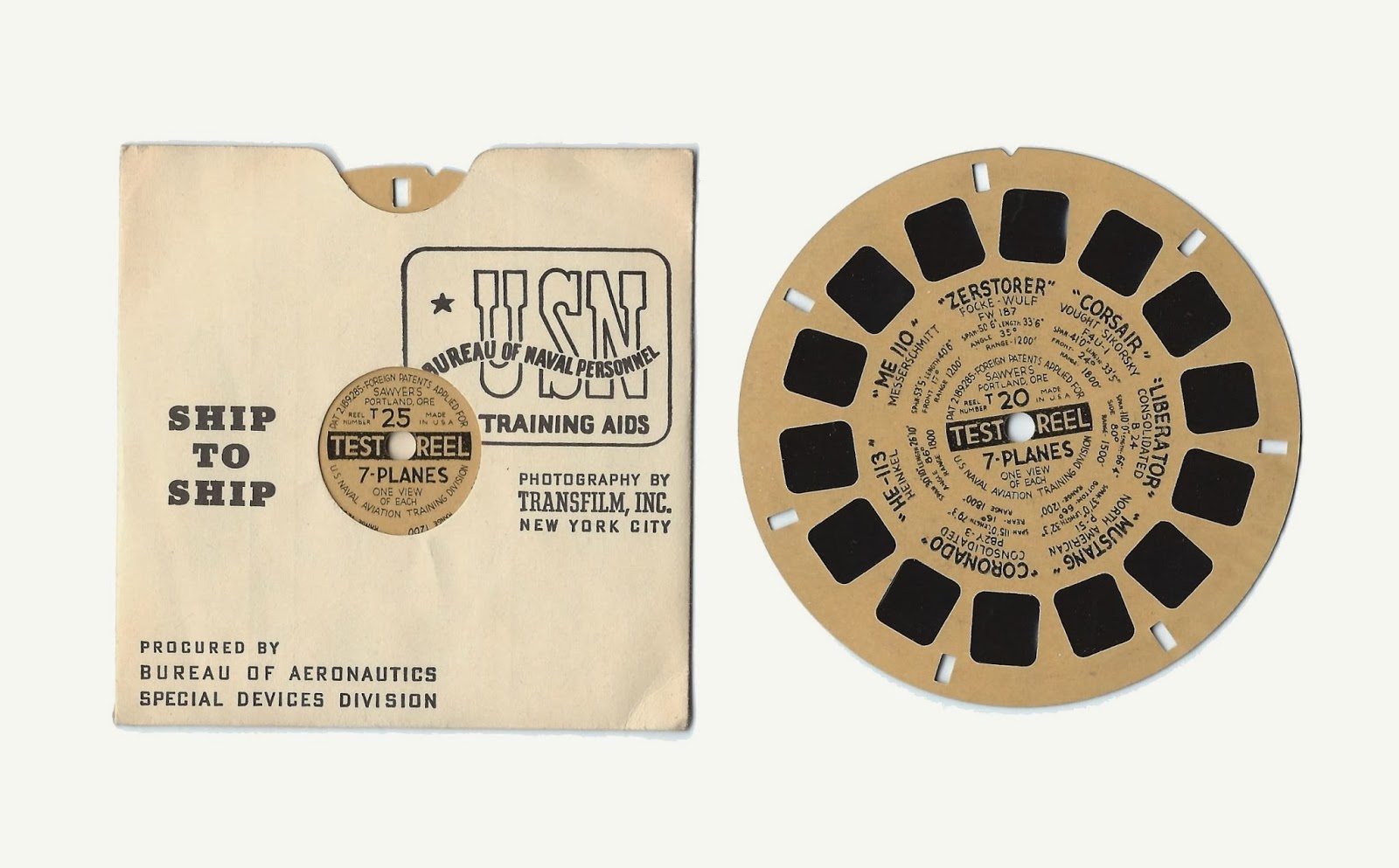 These were produced in sets for training gunners in aircraft recognition. I have a whole set of them. It's hard to show you exactly what you can see through the viewer (and I certainly can't replicate the 3D) but I've put a disc on my scanner and it'll give you an idea: 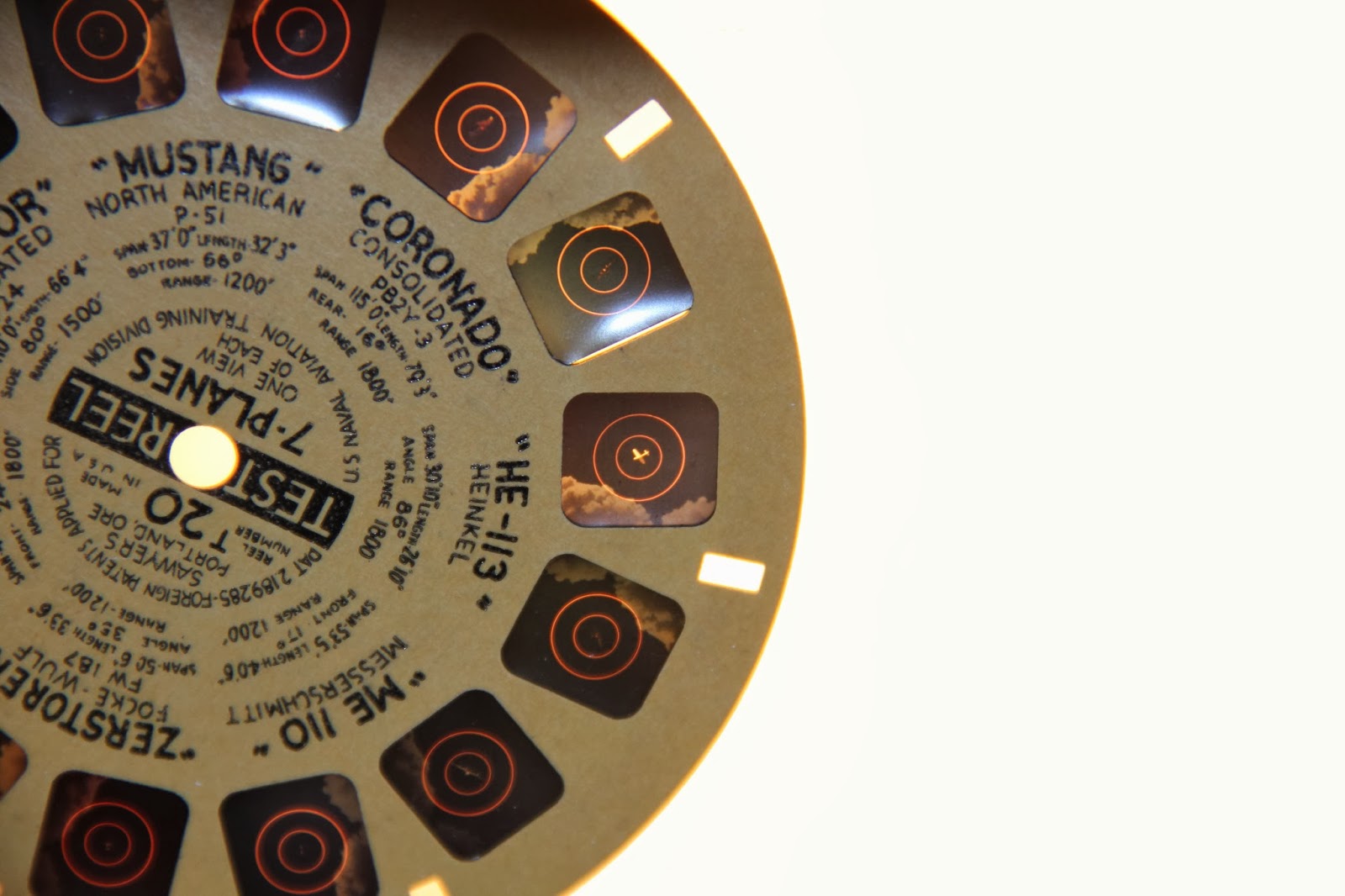 I also did some 'reworkings' of two famously kitsch paintings for display on the big screens. Sadly, we weren't allowed to use them for the show as we couldn't get clearance but there's no harm in putting them here on my blog I assume. So, here's Stephen as Frederick Dielman's The Widow ... 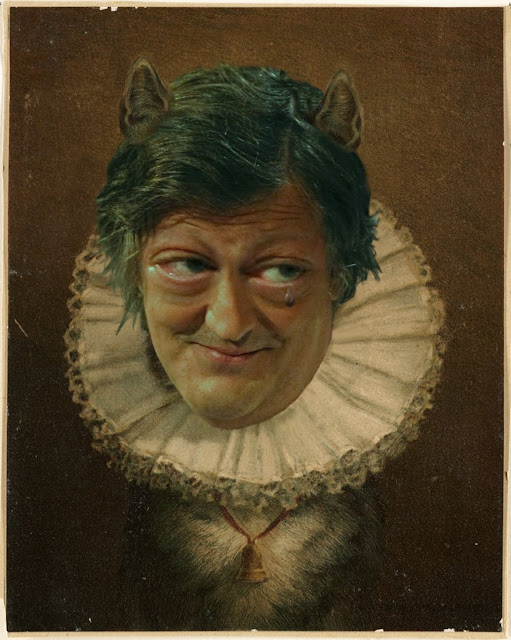 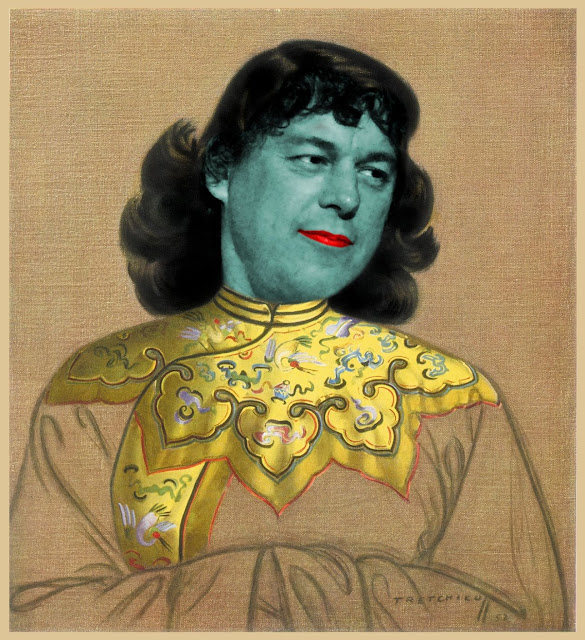 If you're not familiar with the originals, here they are: 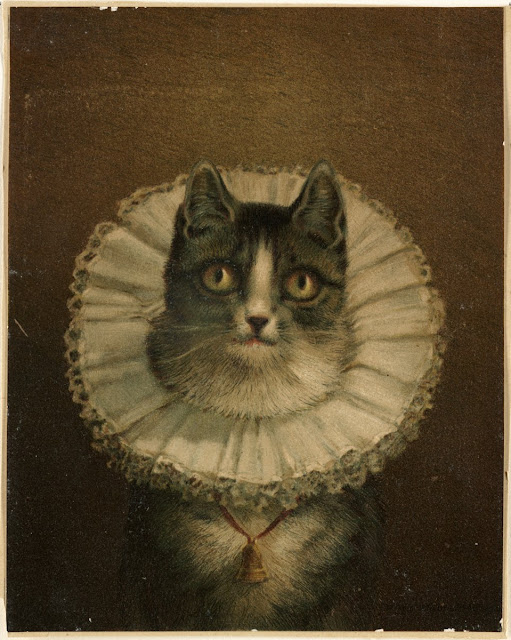 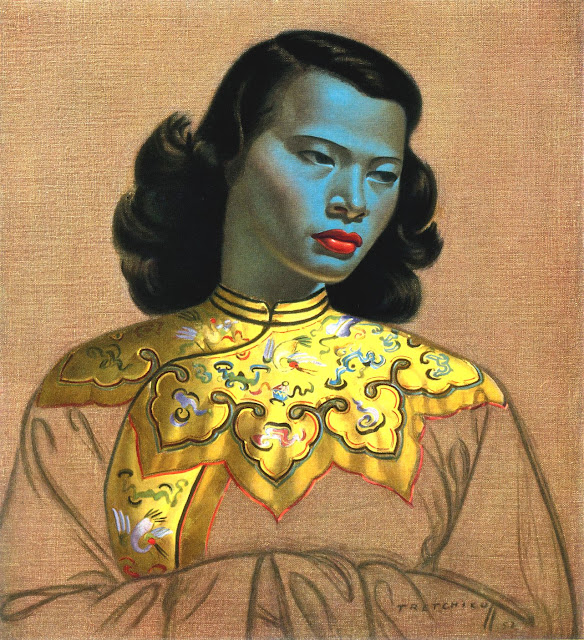 I was sad to learn that Monika Pon (nee Sing-Lee), the lady who modelled for Chinese Girl has recently died. One of my Twitter followers is good friends with someone who had Monika as an aunt. Even sadder is that, as far as I can see, no newspaper has acknowledged the fact.

Tretchikoff''s image may be kitsch but it's an iconic work and, at its last auction in March 2013, it sold for just short of a million pounds ($1.5 million - £982,050). It's going back to South Africa where Tretchikoff lived and worked. Meanwhile, the painting lives on in popular culture; you can see it at the top of the stairs in the parochial house in Father Ted. It can be seen adorning the living rooms of Richie and Eddie in Bottom and of Bob Rusk, the killer in Alfred Hitchcock's 1972 film, Frenzy. It is in several Monty Python TV episodes, it's in the apartment of Ruby, Shelley Winters' character, in Alfie (1966), and it's in the Mick Jagger movie Performance (1970). It is also featured in the 2013 music video for the song The Stars (Are Out Tonight) by David Bowie, in which the painting hangs in Bowie's living room, as well as being the cover image of Chumbawamba's 1990 album Slap!

So RIP Monika Sing-Lee - the Mona Lisa of kitsch (You can read interviews with her here and here and watch one here).

All copyright lies with the respective owners who, I hope, will see that these were done with much love, appreciation and respect for the original paintings. I will, of course, remove them from my blog if requested to do so.
Posted by Stevyn Colgan at 21:08