Bone 37: The Tale of a Dinosaur's Tail (Revisited)

I first posted some of this story back in 2010 on my old blog. I figured it was time for an update. So I've re-written and expanded it to bring it bang up-to-date ...

If you visit London's famous Natural History Museum almost the first person or thing you come face to face with is Dippy the Diplodocus. 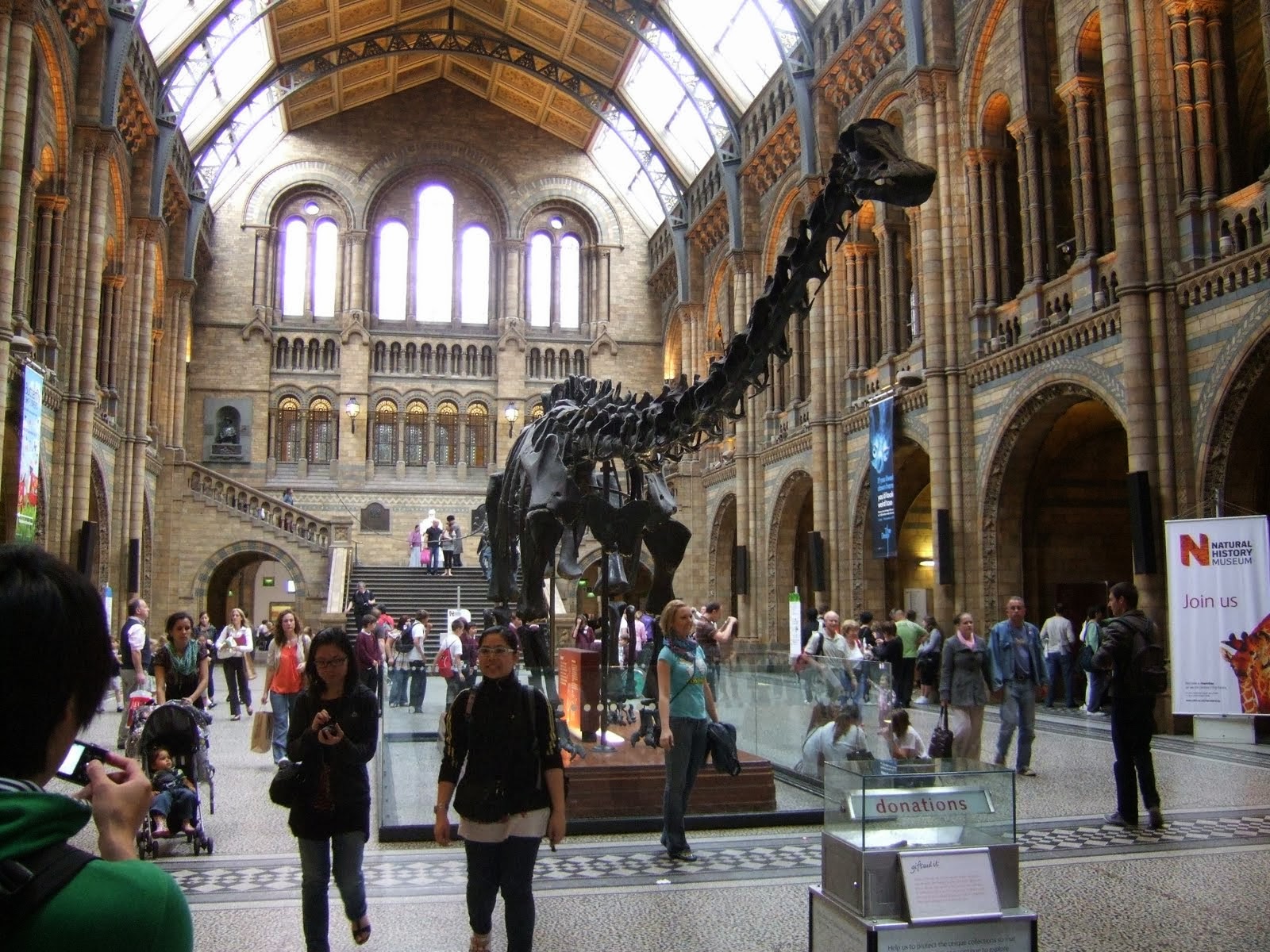 'Dippy', I should explain, is the nickname of one the museum's oldest and most impressive residents. It's the massive black skeleton of a Diplodocus that dominates the main hall. Dippy isn't actually a true fossil; she's a casting made from plaster, coal dust and paint and she's been at the NHM since May 12th 1905. She's also a bit of a jigsaw having been made from parts of five unrelated Diplodocus skeletons. The original, if you can call it that, is in the Carnegie Museum in Pittsburgh, Pennsylvania. Other copies are displayed all over Europe and South America making Dippy probably the most visited dinosaur skeleton(s) in history. 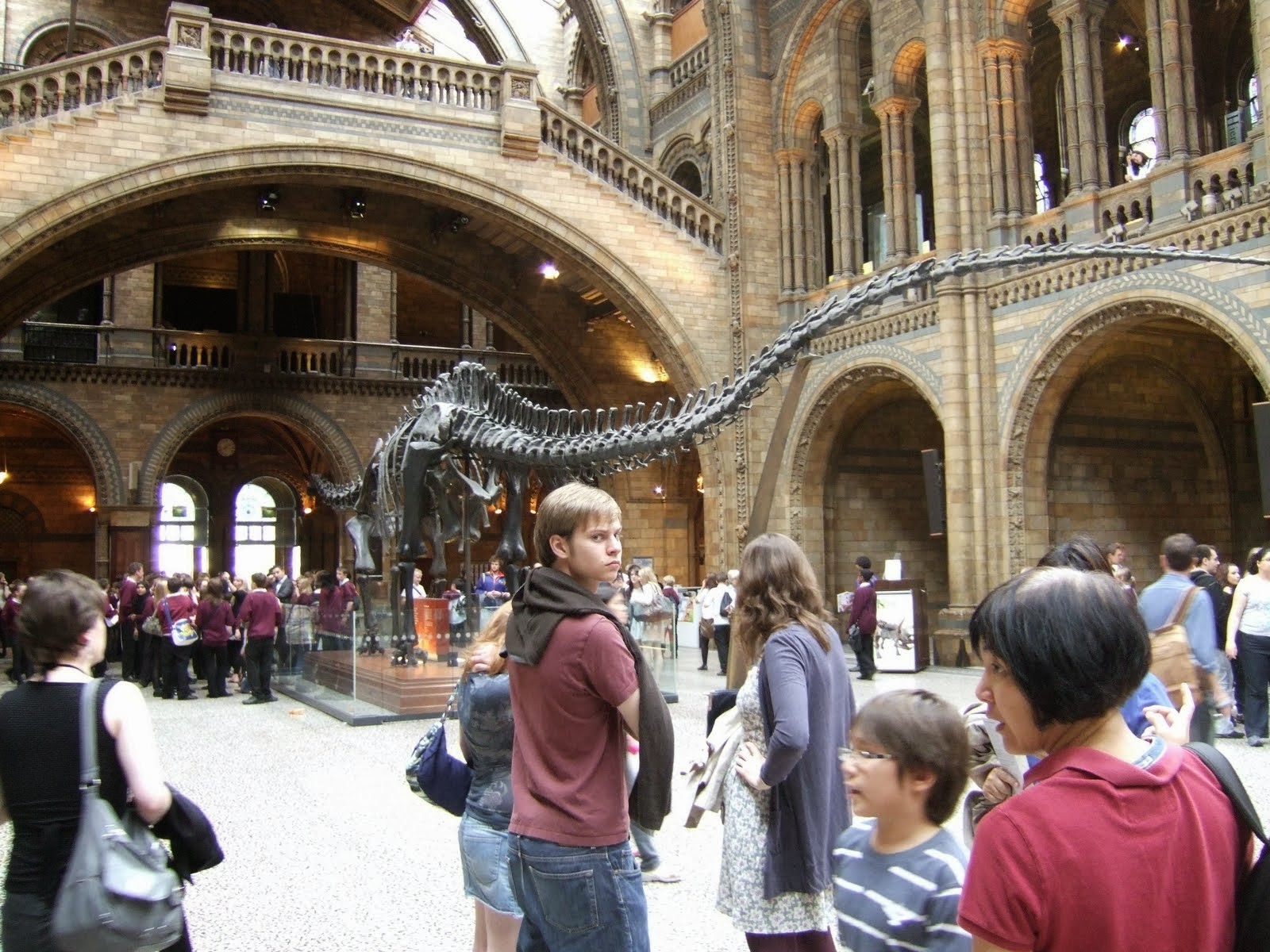 I'm often at the NHM and, recently, have been there a lot - especially when Dan Schreiber and I were writing the live Museum of Curiosity show that we staged in Dippy's hall last Autumn (see here). Whenever I do visit, I always say hello to Dippy. And as I get to her long, sinuous tail I usually stop and look up and count the bones starting from the tip. The bones here are small, the size and shape of cocktail sausages, but they soon start to get bigger. By the time I pass Bone 30, they are the thickness of a grown man's arm. And then I reach Bone 37. It's a very special bone for me. And that's because I made it. Here it is: 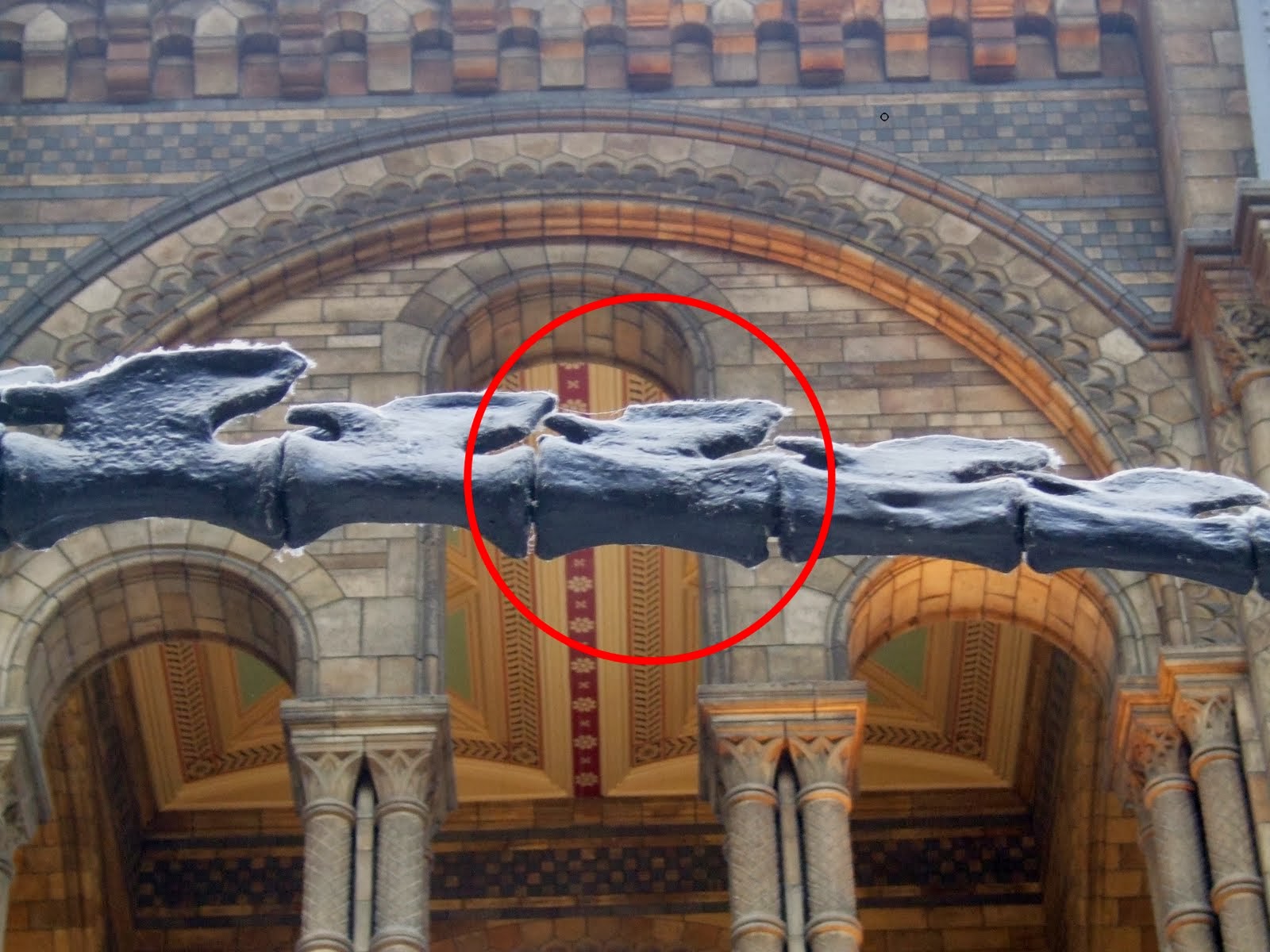 It's quite humbling to walk along the length of this creature - all 105 feet of it - and realise that it was not, by any measure, the largest of the dinosaurs. Some of its cousins, such as the extraordinary Amphicoelias, may have been close to twice as long - and maybe the largest animal to have ever lived. Just to give you some idea, the Diplodocus is the green dino in this diagram. Amphicoelias is the red. Compare the size of the 6 feet tall human at bottom left. 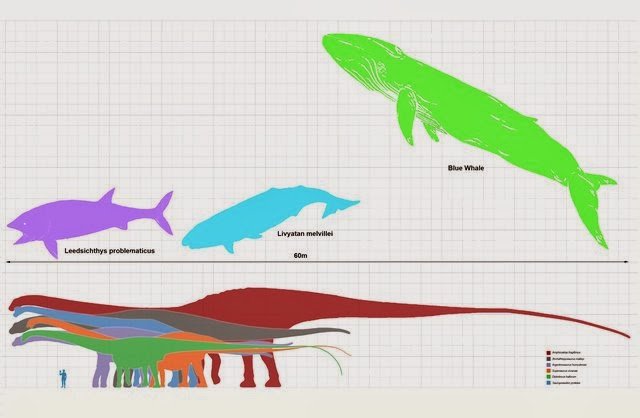 For almost all of her afterlife, Dippy was displayed with her long tail dragging along the ground. Look in any dinosaur book published prior to around 1985 and that's what you'll see. Here's the wonderful Zdenek Burian's famous version: 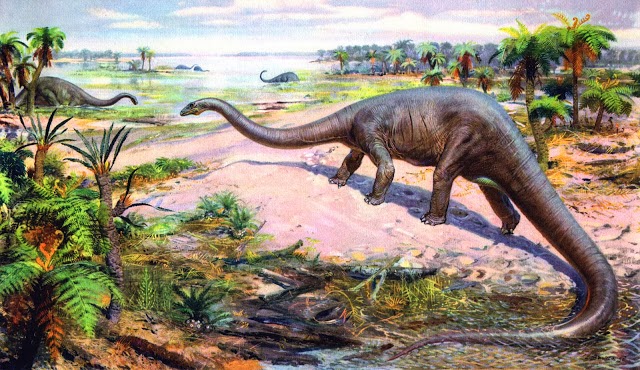 When I was a kid, the dinosaur books told us that these huge sauropods couldn't even support their own body weight and lived in lakes (another Burian painting). 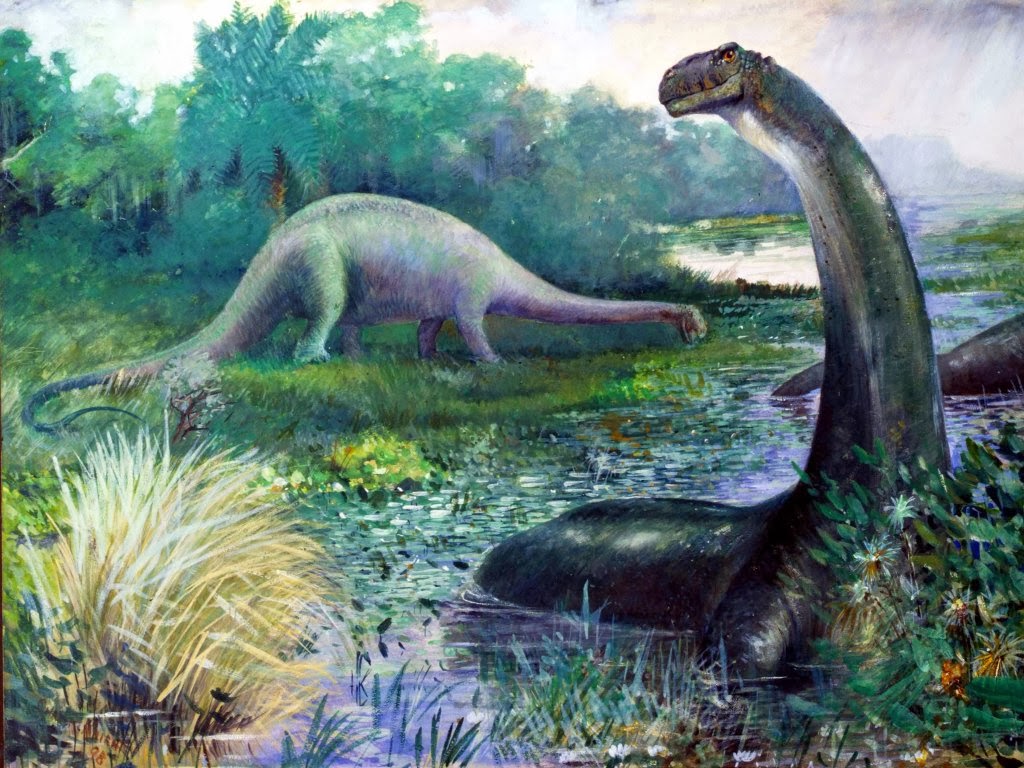 But that's the nature of studying dinosaurs; all of the fossils we have represent just a tiny, tiny window on their world. We probably will never get to see 95% of the species that existed back then. Therefore each new discovery sheds some new light. In just the past couple of decades, we've seen them change from lumbering, cold-blooded beasts into dynamic predators and herders, and we've found enough evidence to be pretty sure that modern birds are dinosaurs that survived the mass extinction event 65,000,000 years ago. Last year we even found dinosaur feathers trapped in amber. We've also brought the sauropods out of the swamps and lakes and lifted their tails off the ground. Dippy needed to do the same.


And so, in 1993, the NHM decided to raise Dippy's tail; no mean feat considering how many plaster bones were involved. In fact, the weight of the tail made it impossible and so a very good friend of mine, model maker and film special effects expert John Coppinger (website here), was given the job of moulding and recasting every single one in lightweight fibreglass and carbon fibre. John was, for many years, a model maker at the museum before moving into film. He was the man who sculpted Jabba the Hutt for Star Wars: Return of the Jedi and many of the creatures in Luc Besson's The Fifth Element and the Harry Potter films. This, however, was a massive undertaking. I'm not sure exactly how many bones there were involved but they all had to be moulded, cast, fettled, painted and 'weathered' to match the rest of the existing skeleton. The largest bones, nearest the hips, were as tall as me. John was happy to accept some help from friends and colleagues, myself included. Here's a picture of another helper, Will, with just some of the smaller bones. 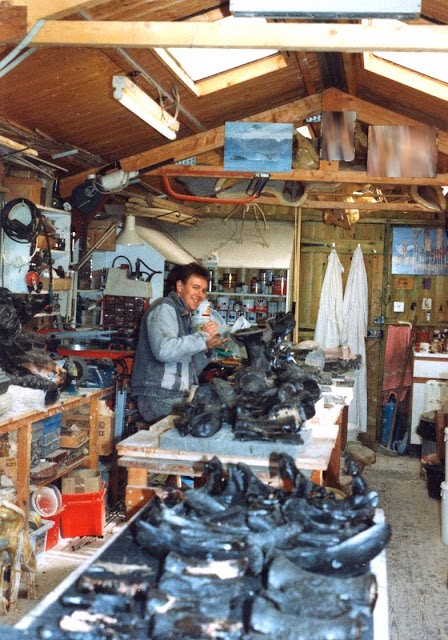 This picture below shows John (right) and the late and much missed Roy Hale (Left) mounting the new bones onto a rod that, to this day still supports the tail along with specially designed stand and a cable suspended from the high roof. 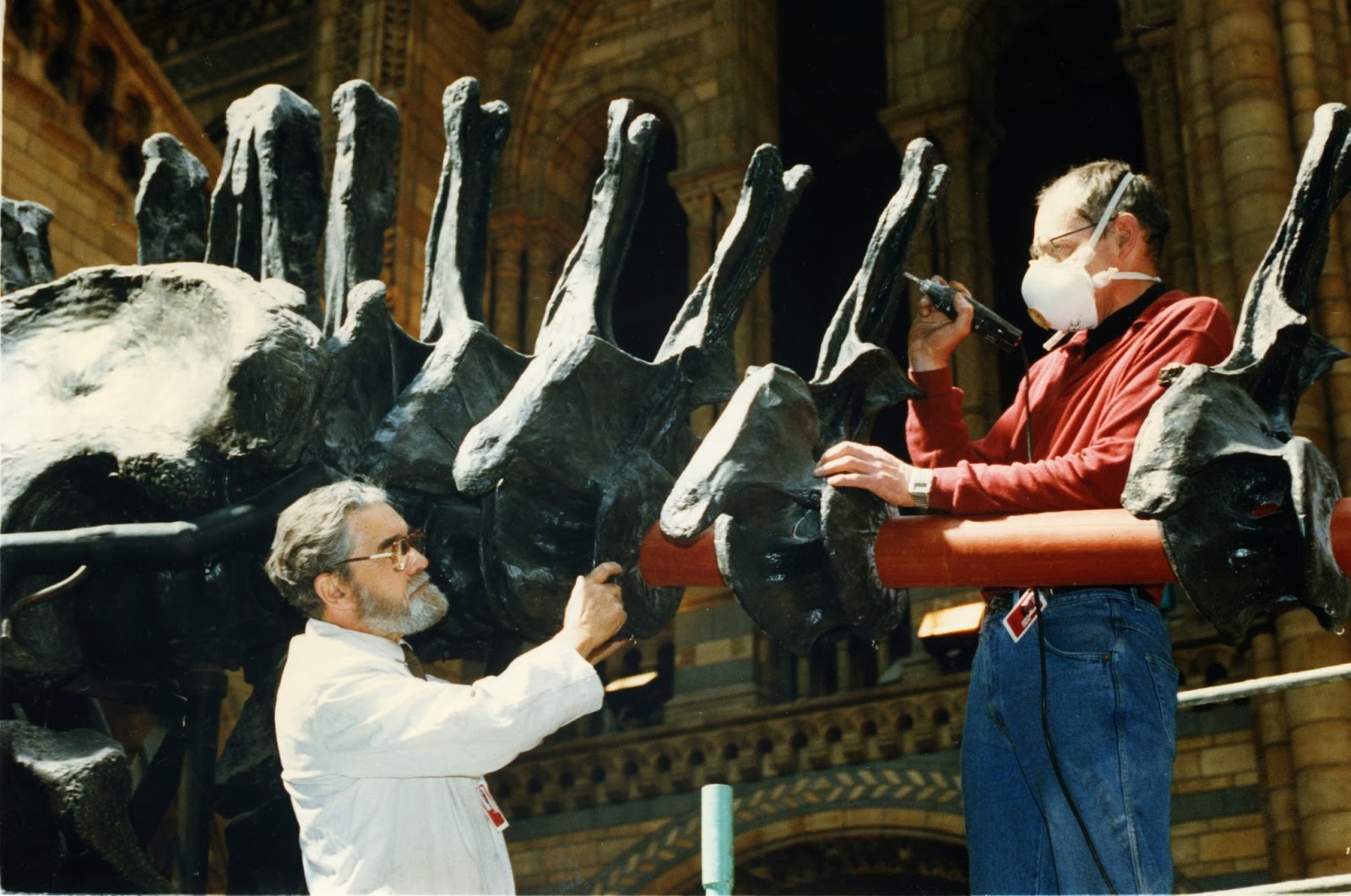 For my small part, I was involved in the making of about six or seven bones but Bone 37 was all mine. It was a very special project to be involved in and I look back on it with nothing but fond memories despite the resin fumes and endless repetition. And to help me to remember I have this most precious thing: 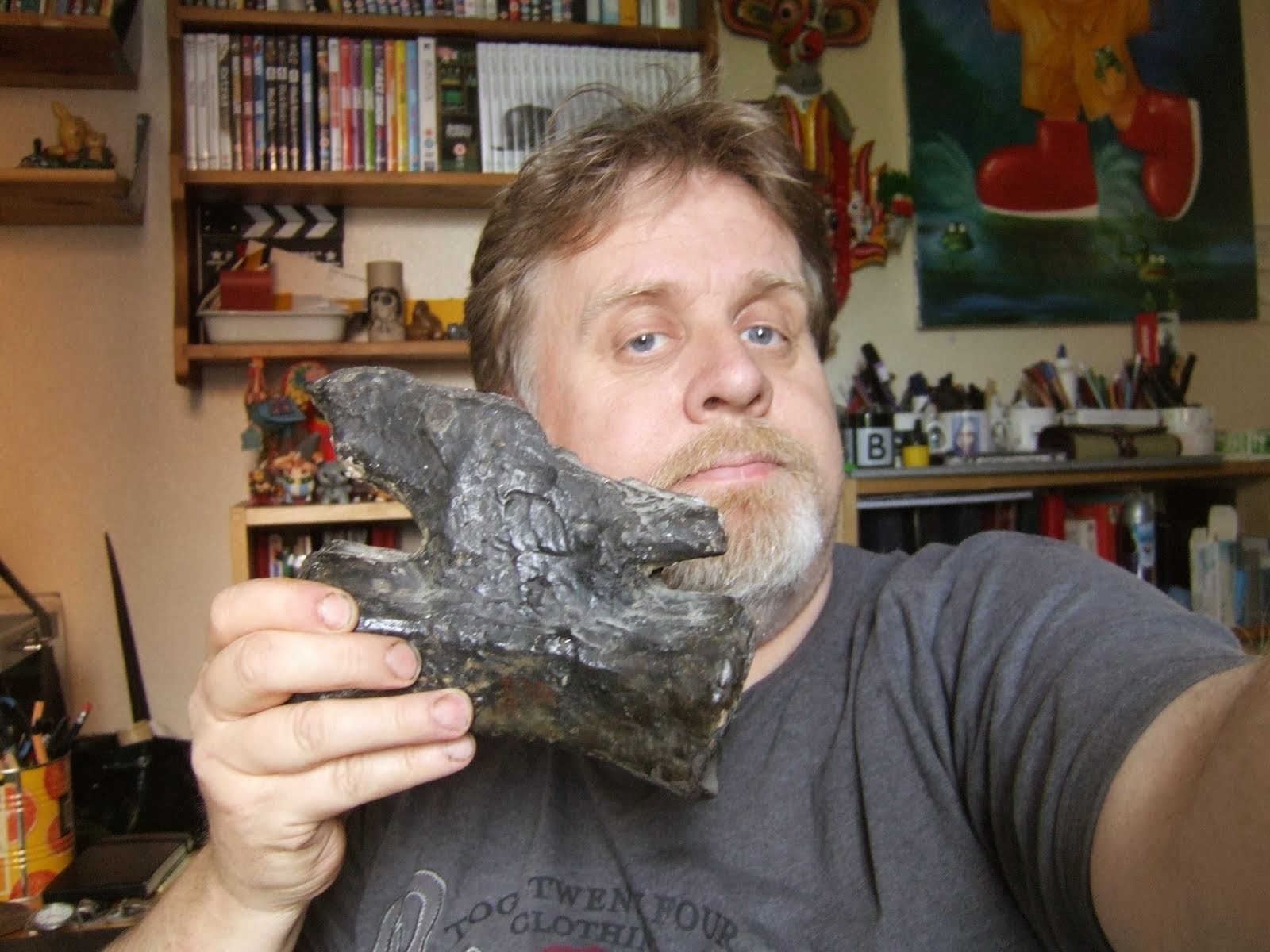 Yes, it's the original 105 year old Bone 37. The originals were so old and so fragile that many didn't survive the moulding process. The museum staff were prepared for that; it was a price they knew they'd have to pay. But at least the new fibreglass bones would be exact replicas and the moulds would allow future castings to be taken. Bone 37 did lose a chunk off one of its processes but survived its ordeal pretty well. And to my delight, the museum staff said that I could keep it. It's one of my proudest, if dullest, possessions. And, just recently, I took it back to the NHM to meet Dippy, 20 years since her tail was lifted. Here she is, reunited. 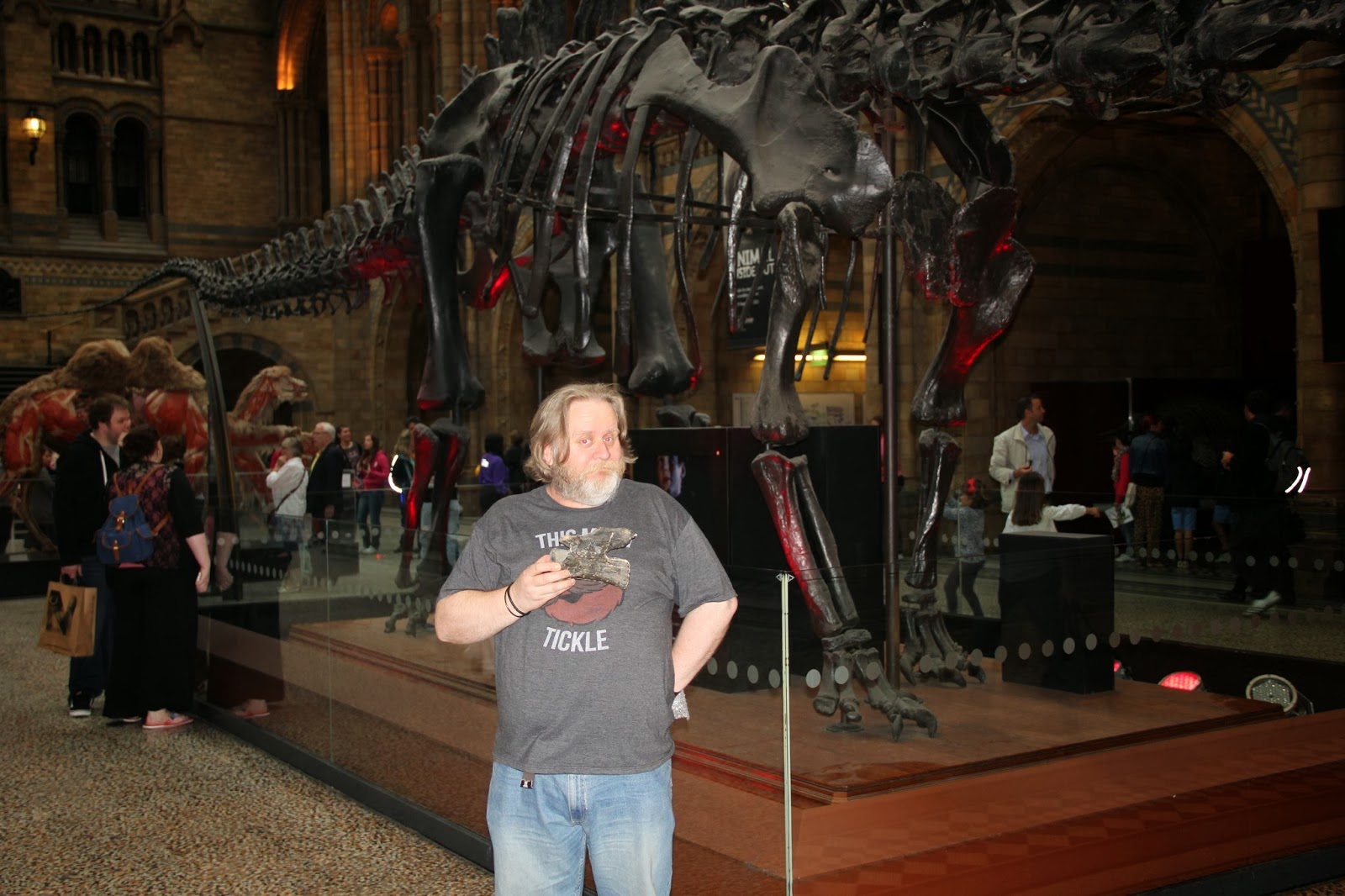 If I ever decide to do Mastermind, the closest thing I'll ever have to a specialist subject is dinosaurs. I love those beautiful great brutes, always have done and always will. As an 11 year old kid I came up to London from Cornwall on a school trip and my abiding memory of the event is being stunned, shocked and captivated by Dippy the Diplodocus. She inspired a life long interest in me. So it's nice to think that, in some small, tiny, glass-reinforced plastic way, I've helped Dippy to go on inspiring people into the 21st century.