The Storm has passed

The name Storm Thorgerson may not mean much to you. So the news that he has died aged just 69 may have passed you by. However, chances are, you know his work and know it well. Because Storm Thorgerson, as Douglas Adams once said, was 'the greatest album designer in the world'. It's thanks to Thorgerson that pigs flew over Battersea Power Station, Peter Gabriel's face melted, Led Zeppelin set people on fire and The Nice dropped their balls in the desert. 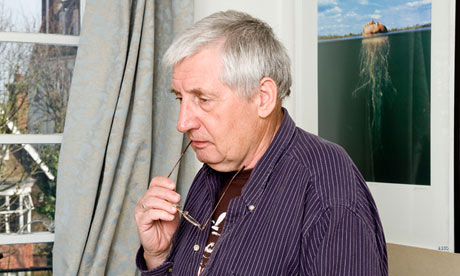 Thorgerson formed Hipgnosis, a design company, with fellow artist Aubrey Powell and created their first album covers in the 1960s for the newly-formed Pink Floyd. Such was the originality and freshness of their designs, they soon had bands queuing up. Never dull, always innovative and pushing the boundaries of what photography and print technology could achieve, they became giants in the now sadly lost field of album cover design.

Everything these days is about making things smaller and more compact. The 12" by 12" LP format may have been a bugger for storage but it was a great canvas on which to make popular art; even more so with a 24" by 12" gatefold sleeve. Hipgnosis (and later Storm Studios) went for it, producing many classic images ... even up to the present day (you'll doubtless recognise the covers of Biffy Clyro's Only Revolutions and Muse's Absolution). 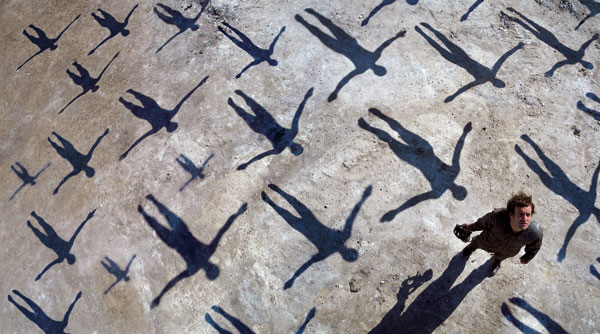 As a teenager in the 1970s, the work of Hipgnosis was one of the many strong influences on my developing art style. In fact, it could be said that they cost me a good grade at A Level ... instead of doing pencil drawing and oil painting as the exam requested, I farted about with illustration, photo collage and photographic effects (we had a dark room at home) and I barely scraped a pass. The only piece I still have from those days is this photo, inspired by the Peter Gabriel cover above (If you can't make it out, I'm slashing my own portrait with a knife). 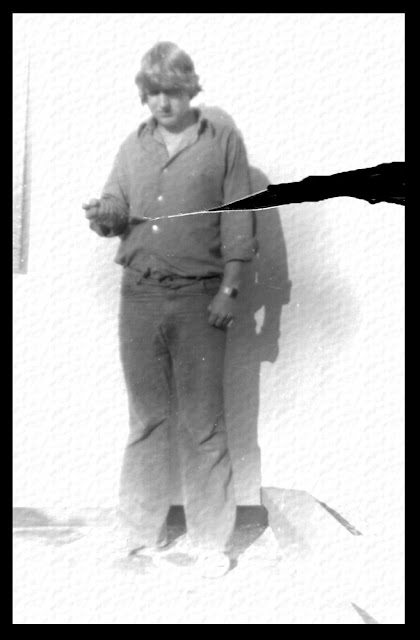 I think that the Hipgnosis influence is still with me today. When I created a new publicity image for myself last year (using photographers Mark Page and my brother Si), the whole concept had a very Thorgerson feel about it. 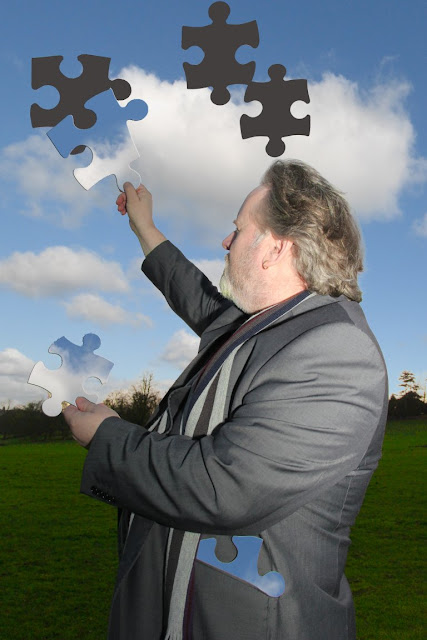 I never got to meet Storm Thorgerson. I was supposed to meet him a couple of years ago as I got invited to the private view of a retrospective of Hipgnosis's work. Sadly, Storm was too ill to attend but I did meet Aubrey 'Po' Powell and other artists who worked for and with the company. And here we are: 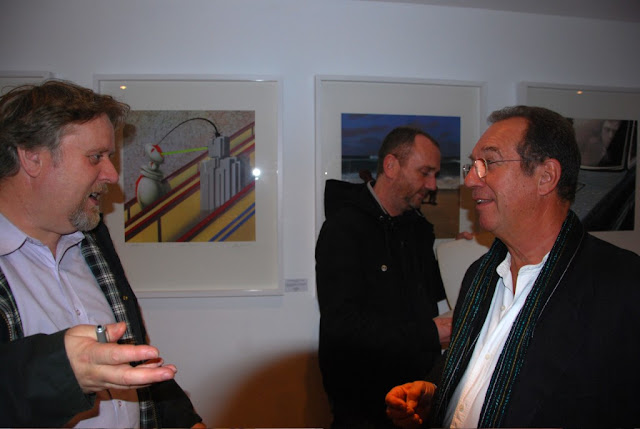 Po and Storm created some of the most iconic images in rock and pop music and deserve to be celebrated. I would certainly advise you to get hold of one or more of their books. The first collection of their work was Walk Away Rene (1978). The most recent is For The Love Of Vinyl (2009). Also worthy of note is Taken By Storm (2007), an anthology of Thorgerson's personal album cover designs. There are other books too - I have them all - and there's a good selection here. Oh, and a nice slideshow of 17 of his finest images on The Guardian website here.
Storm Thorgerson wasn't a household name but many of the bands he did LP covers for are household names because of how well he did his job. The LP covers made us go 'Wow!' in the record shops and it wasn't at all unusual for us to buy an album just on the strength of the image and be introduced to a whole new artist's music.
A sad loss.
﻿
﻿
﻿
﻿
Posted by Stevyn Colgan at 09:54