I'm starting to wonder whether Twitter and I have a future. I mean, I love Twitter - no problem there - and I think it likes me. But, just recently, things have become strained between us. We have some compatibility issues. 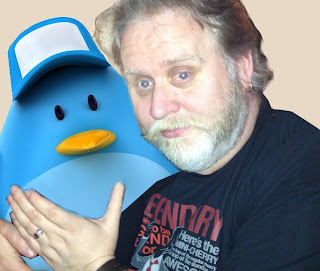 I was kind of a social media virgin when we met. Okay, yes, I flirted with MySpace but I wasn't in a band so we never got past first base. Bebo seemed nice but maybe a little too young for me. At the other end of the scale, Friends Reunited simply reminded me of how old I was. People said to me that maybe Facebook and I would hit it off. But Facebook was way too brash and it asked too many questions and almost everyone had been there before me (and it seems to have a serious problem with drink). So I said a polite 'no' and kept myself to myself.

But then Twitter came along. It was smart and uncomplicated. It spoke to me succinctly. Twitter asked nothing of me, not even my name and photograph. It accepted me for who I was. I chatted a lot with Twitter and the conversations were fascinating, witty, important, and sometimes hilarious. Twitter introduced me to a whole bunch of people I wouldn't have met before, some of which are now close friends.

Maybe we can work things out. I hope so. As I say, I love Twitter and it's been good for me. But there can't be any future for us if I no longer enjoy our time together. When the fun has been sucked out of a relationship, is it really worth fighting to keep it staggering on? Should I give it one more go or should we have a hug and go our separate ways?

It's complicated.
Posted by Stevyn Colgan at 10:23