Ah, QEDCon ... how do I love thee? Let me count the ways ...
I've just got home from Manchester after two days of meeting, watching and listening to one of the most interesting pods of humans it's ever been my good fortune to shoal with.
The line-up read like a Who'sWho of rational royalty: Richard Dawkins, Simon Singh, Carrie Poppy, Ben Goldacre, Adam Rutherford, Rachael Dunlop, Robin Ince, Richard Wiseman, Jeff Forshaw, Helen Czerski ... and many, many more. So you can imagine my trepidation at being invited to open the weekend of talks, panels and parties as first speaker. Daunting? Just a little. Not only was I probably the least well-known person on the bill, I also had to speak to a huge audience. Here's the room. Well, about three quarters of the room. 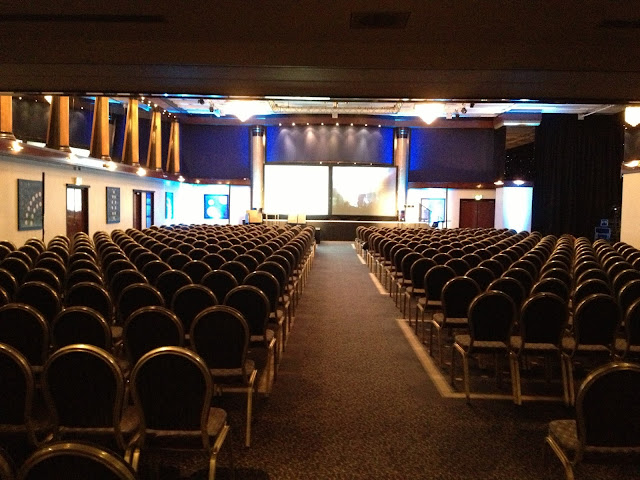 My invite to speak at QEDCon came off the back of a talk I did at a Skeptics in the Pub meeting in Camden, North London, last year. It was, therefore, similar subject matter that made up the content of my 40 minute talk. Entitled The Skeptical Bobby, it was part autobiography and part explanation of some of the tools and techniques that I used during my police service to either prevent crime and disorder or to reduce their impact on people's lives. And it was also to highlight the fact that healthy scepticism should inform all aspects of our lives - including policing. 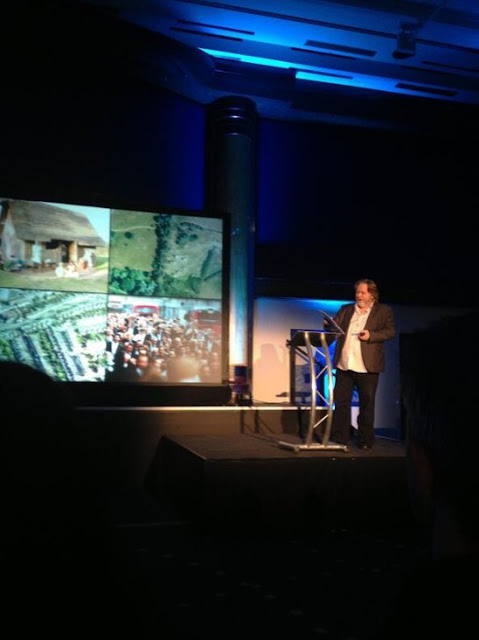 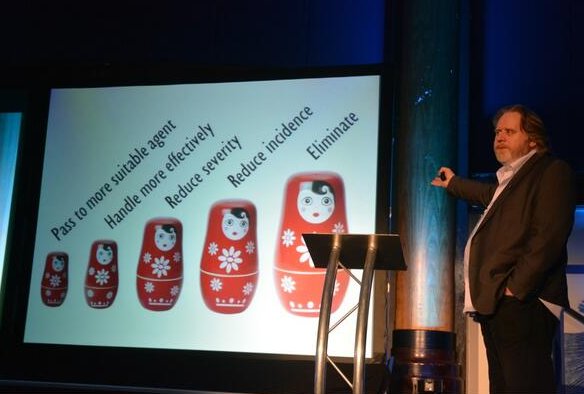 It went better than I could have hoped for - which says a great deal for the attentiveness and courtesy of the audience - and I thoroughly enjoyed the experience. And, having been first on, it meant that I could enjoy the rest of the weekend's programme in a relaxed and happy state.
The high spots, for me, were Helen Czerski's talk on bubbles and science toys - she really is one of the most passionate and engaging science communicators I've ever met, Lawrence Krauss's mind-bending explanations of the structure of the past and future universe, Robin Ince's informed and entertaining interview with Richard Dawkins, Mark Lynas's brilliant talk on the impact we're having on the Earth, Brooke Magnanti's debunking of sex myths and Richard Saunders' and Carrie Poppy's individual talks on challenging assumptions and unsubstantiated claims. I must especially high-five Richard as he stood in for Ben Goldacre at the eleventh hour (due to unforeseen circumstances) and was excellent. He also made me some tiny origami dinosaurs. How can you not like a person who makes tiny origami dinosaurs? That's my forefinger for size comparison. 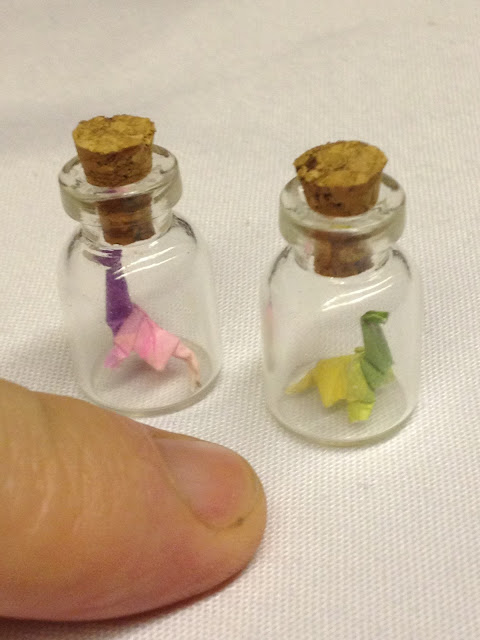 I also got to handle a real space shuttle ceramic tile. That's pretty damned cool isn't it? Well, I suppose that is its purpose ... 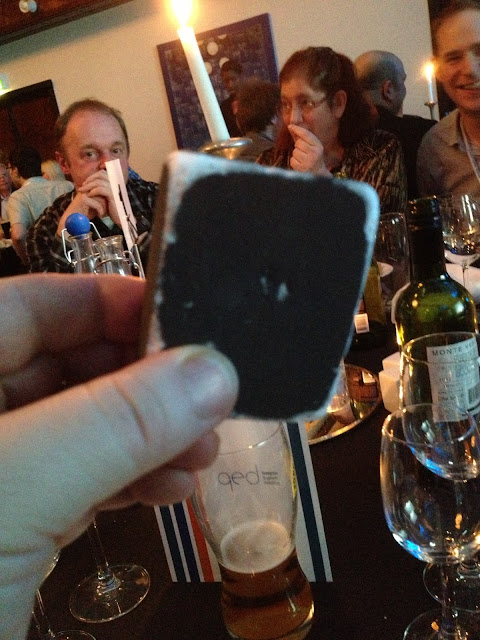 It probably goes without saying that the other speakers were all superb too and the event was deliciously MC'd by Brian Thompson - a very funny man. And talk of funny men brings me to Richard Wiseman who compered the Ockham Awards with his usual mix of humour, psychology and tea towel chicken construction, and Mitch Benn, Michael Legge and Chris Coltrane who provided the cabaret on the Saturday evening and who made me spit my beer on more than one occasion for fear of nasal squirtage.
I cannot rate QEDCon highly enough. It was thought-provoking, entertaining and inclusive. Everyone was so kind and helpful and open to discussion, not matter what the topic. It's just so sad that there are people who see this kind of peaceful, humanist free-thinking as some sort of threat. Throughout the weekend, a few protestors stood outside the hotel handing out leaflets and, quite alarmingly, someone had organised a choir to sing hymns and songs in praise of God and Jesus on the floor below the conference hall, presumably in the hope that if they sang loud enough it would drown us out. It didn't. And I am genuinely saddened to report that many of them were children - most of whom probably wouldn't have a clue who Richard Dawkins is. What a cynical and angry thing for adults to do.
I can't finish without mentioning Professor Dawkins one last time. At the start of my talk, I told the audience that my coping strategy was to imagine Richard Dawkins naked, which got a modest laugh. What I didn't find out until later is that he missed the start and walked in a few minutes into my presentation. So when he stood up at the end and announced how much he had enjoyed it, there was an understandable ripple of titters throughout the delegates. To his complete credit, he took the whole thing in good humour and even expressed his enjoyment via Twitter.

I don't always agree with everything that Richard Dawkins says. But I cannot deny that he is a charming and charismatic man. Which is why he is one of the 'poster boys' for the ethical humanist movement of which I am proud to be a part.
The QED in QEDCon stands for Question, Explore, Discover. The search for truth is the most powerful weapon in the human arsenal and, when used wisely, increases our understanding of the world - and the universe - around us. The more we understand, the less we fear. The less we fear, the less we hate. The only bad feeling I personally saw demonstrated at QEDCon was aimed towards us.
I know in which camp I'd rather be sat.

Do go and visit Eventifier here to see photos and videos. My thanks to Doxievee and Ralfnausk for the pictures of me on stage.
Posted by Stevyn Colgan at 10:23