Around this time last year, Dan Schreiber and I wrote and broadcast a pilot for a show called 101 People to Meet before You (or They) Die on London's Resonance FM. The idea behind the show is to make a kind of 'anti-chat show' because most chat shows, while entertaining, are almost always about well-known celebrities who usually have a book/film/event to plug. Meanwhile, we are surrounded by truly amazing people who have done extraordinary things ... and we'd never know it. So, wouldn't it be great to put some of them under the spotlight? 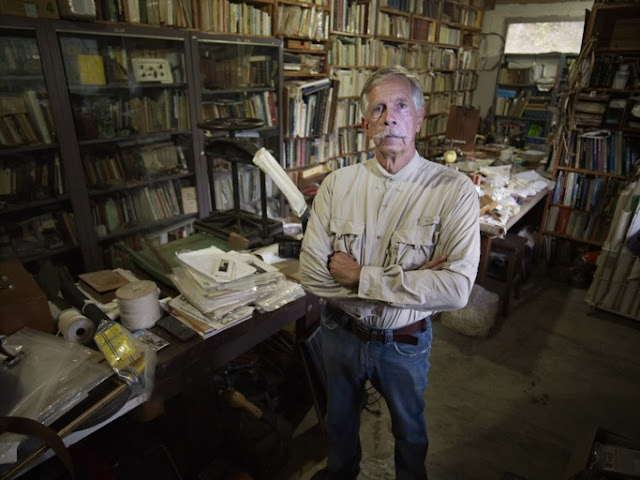 For the radio show, Dan interviewed Charles Brewer- Carias (above), a Venezuelan 'discoverer' who has identified hundreds of new species - including possibly the oldest living organisms on the planet. He also found the world's largest quartzite cave and has maybe located the semi-legendary lost 'City of Gold' - El Dorado. Incidentally, he was also the 'model' for the baddie, Charles Muntz, in Pixar's film Up. The show was fun to do but there were problems with it. Firstly, timing - it was way too long. The problem is that these people are so damned interesting! Secondly, the show needed visuals because you just didn't get a sense of how amazing his adventures were without seeing the landscapes and the creatures he spoke about (you can hear the show here with a slide show of appropriate images to accompany it - It's so much better with pictures). Thirdly, it really needed an audience. 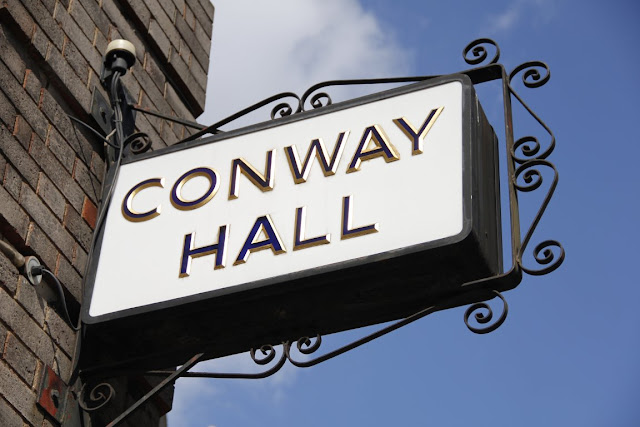 So, last night, we ran a live pilot with an audience of around 130 people at the Conway Hall in Holborn, London. Our guests this time were Marc Abrahams, the man behind the Ig Nobel Prizes, and Dr Jan Bondeson, consultant rheumatologist by day, Fortean researcher and author by night. The show was curated by Dan and began with a talk by Marc on the history of the Ig Nobels (and a demonstration of the physics involved in walking and carrying a cup of coffee), followed by a talk by Jan on the history of 'amazing talking dogs'. Both were very funny and hugely informative. 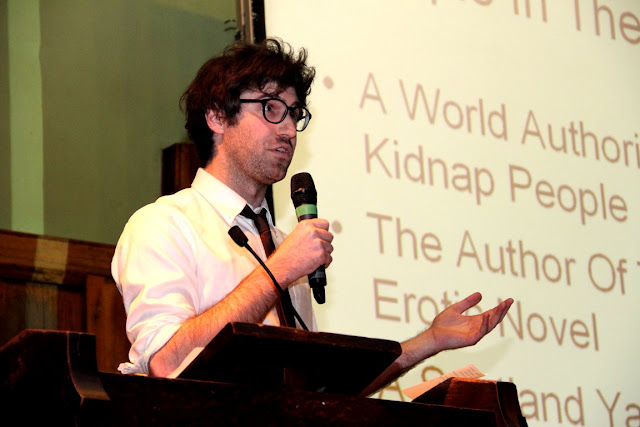 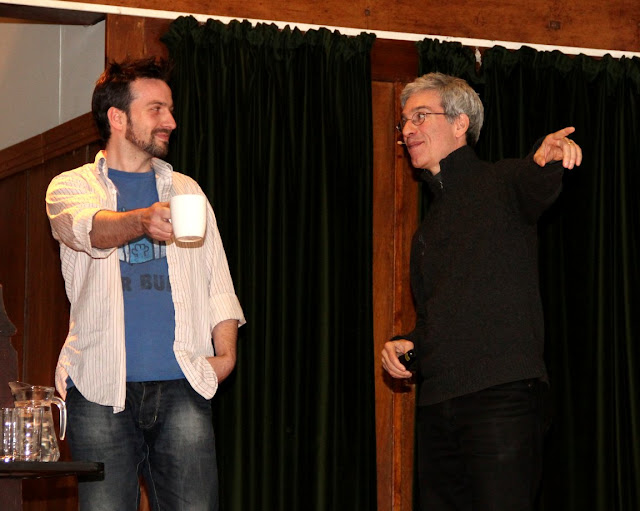 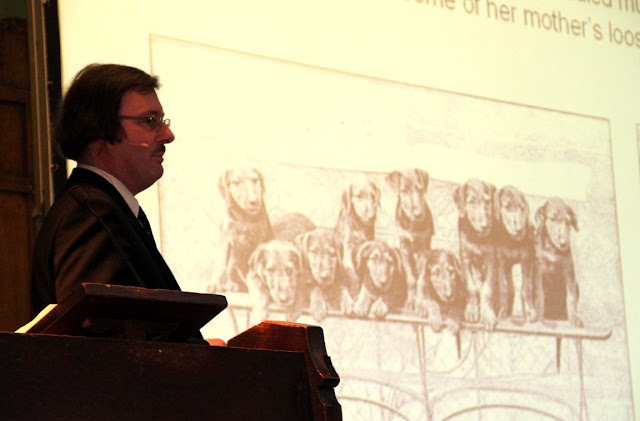 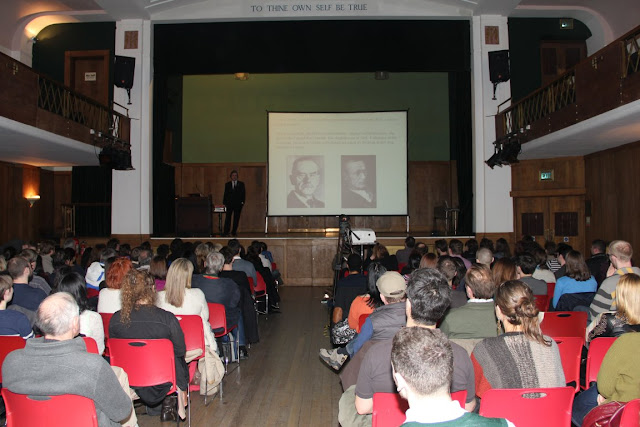 The second half of the show - after a beer and comfort break - started with unfeasibly tall magician Pete Heat entertaining the crowds with tricks involving a loaf of bread, a flip chart and some ghastly pink Y Fronts. You can watch a nice little interview with him here on Youtube. 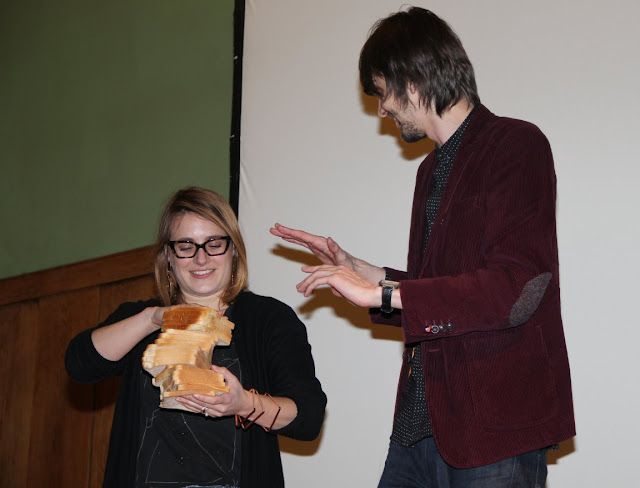 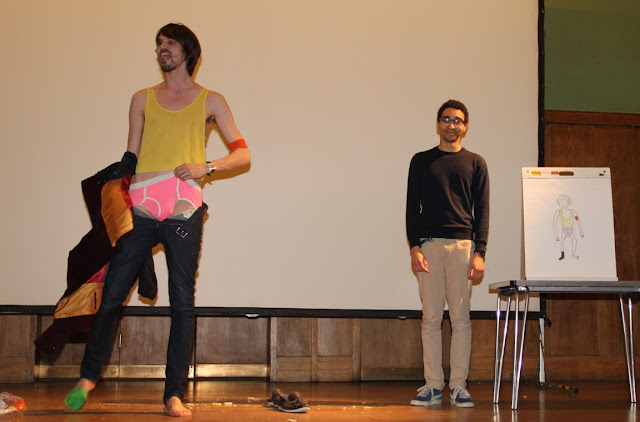 Then we kicked off into the 'anti-chat show' part of the evening with Dan, Marc and Jan discussing such unlikely subjects as a bra that can turn into a pair of breathing masks (ably demonstrated by a member of the audience), safety coffins to avoid premature burial, patents for machines that use centrifugal force to 'help' deliver babies, bosom serpents, giving Viagra to hamsters to cure jet lag, and 'The London Monster', a madman who frequented the capital a century before Jack the Ripper and whose modus operandi involved stabbing women in the buttocks. 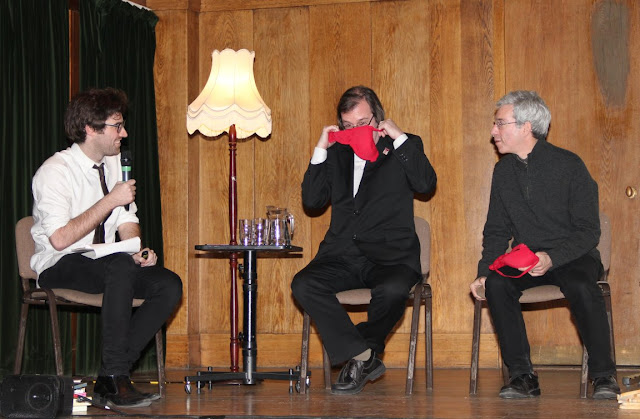 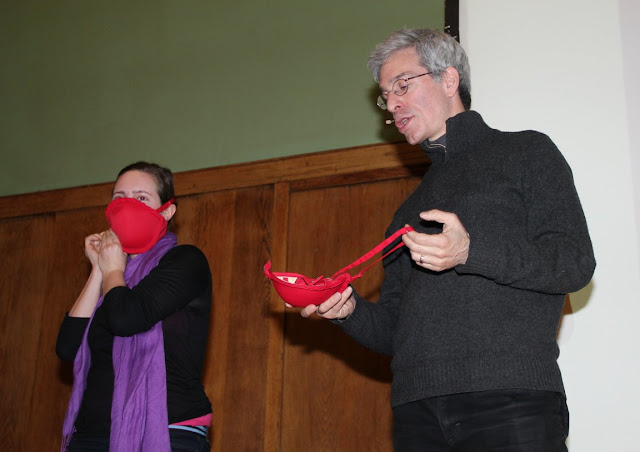 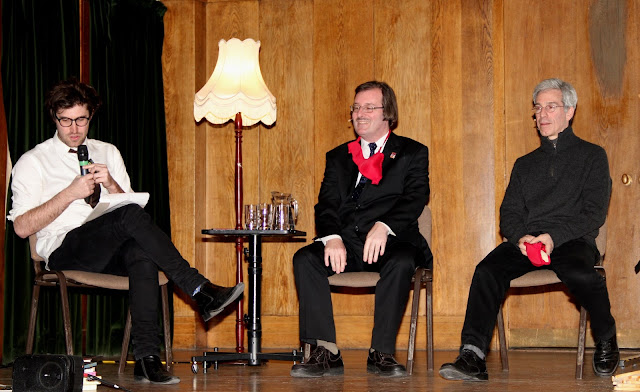 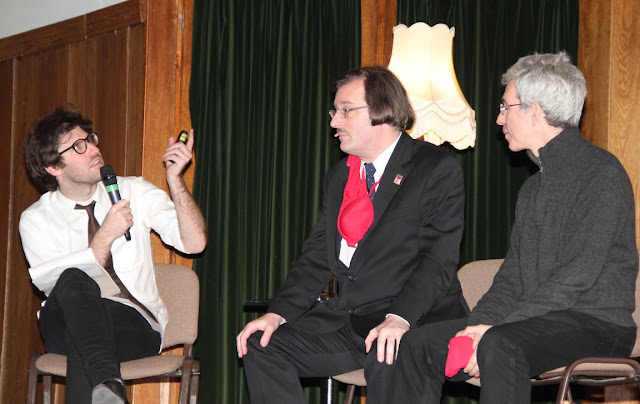 The show was great fun, the audience laughed in all the right places and it was a pretty good live pilot. It had some issues, most notably some horrible timing problems that made the show significantly longer than we'd intended. But that's the point of a pilot - to find out what works and what doesn't work before unleashing it upon the wider public. I look forward to helping iron out the kinks before the next one. 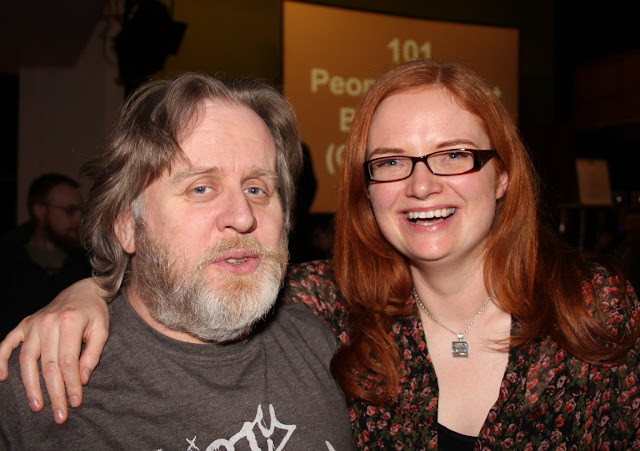 One extra bonus for me was meeting Maria Boyle, a long-time friend on Twitter (@twistedlilkitty) from Ireland who I hadn't met before in 'meatspace'. She's a microbiologist by day and a stand-up comedian by night but she's also an amazingly funny cartoonist (you can see her range of cards here or follow her as @twisteddoodles on Twitter). I couldn't resist challenging her to create something  on the spot and she came up trumps, firstly with a great gag about Rolf, Germany's most famous talking dog, and then about Dr Elena Bodnar's 'emergency bra' gas mask design. 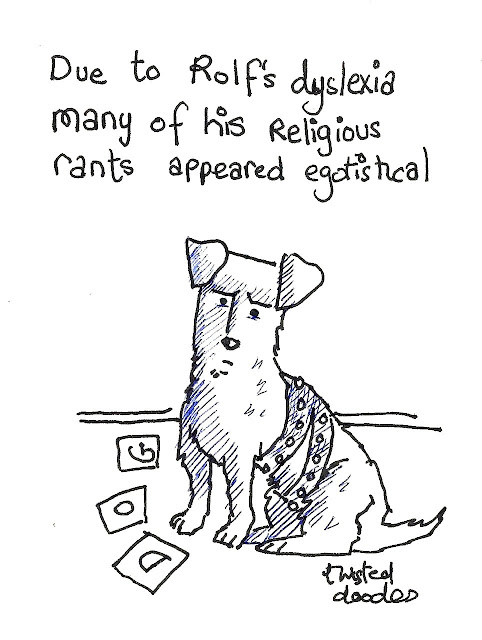 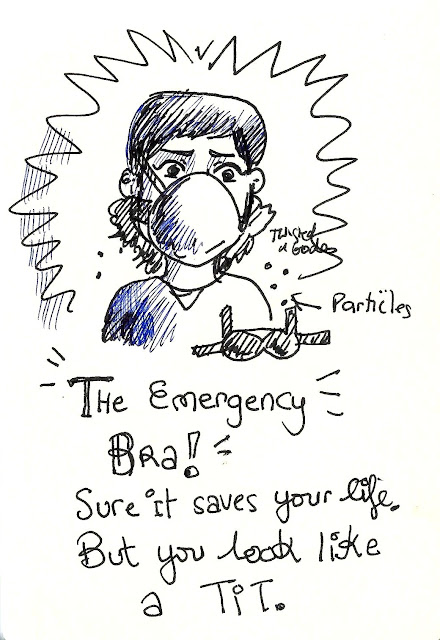 You can also read Live Skeptic's Storify account of the evening here.
Posted by Stevyn Colgan at 13:44