My own little time capsule

I was looking at John Hutchinson's 'then and now' photos first thing this morning (see here). In them, he captured London as it was 40 years ago and compares the photos with up-to-date shots. 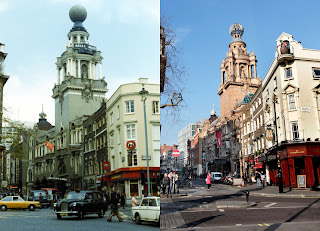 With even my limited mathematical skills, I suddenly realised that these were taken in 1972; the very year in which I went on a school trip from Cornwall to London, aged 10. And I realised that I too have some photos of the capital from that year. I didn't take them, sadly. I bought them as a set of transparencies to take home as a souvenir (Dad was into slides at the time and had a half-decent projector). I had a camera with me but it was an old Kodak box-shaped affair that took grainy black and whites - as you'll see from the last couple of photos of Westminster Palace and my school chums on the Embankment. The transparencies were, presumably, taken in the 1960s - I see Doctor Zhivago is being advertised on Piccadilly Circus and that was 1965. I thought you may like to see them (click on the photos to enlarge). 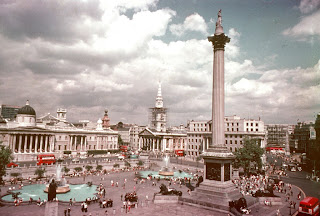 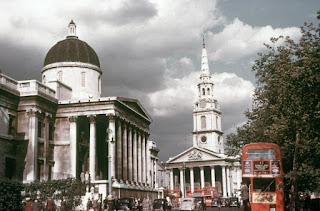 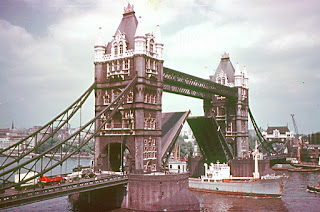 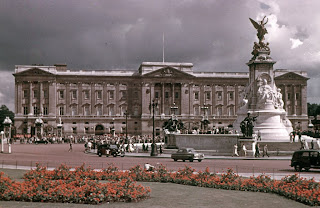 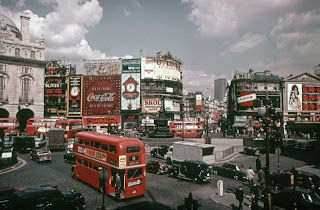 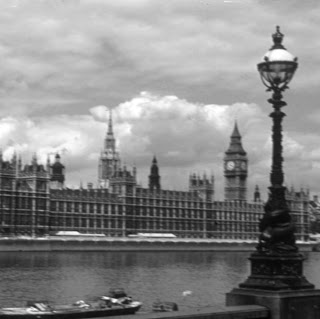 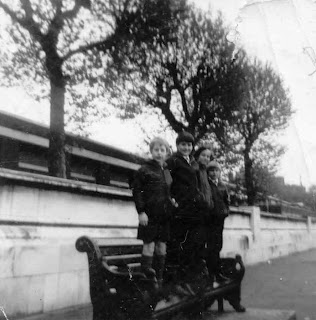 Like Hutchinson, I'm tempted to try and recreate those old photos using my modern digital SLR. Or some of them anyway; quite a few are taken from a high elevation which suggests that the photographer had access to buildings that I may not. Meanwhile, what did I look like in 1972? Here I am at Carn Euny prehistoric village in Cornwall. In brown shorts. Yike. 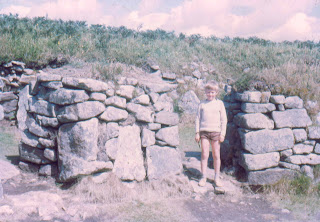