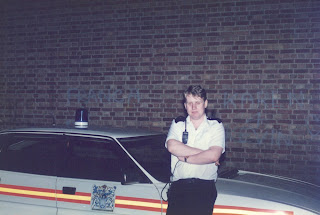 Continuing yesterday's Police theme, here are some more cartoons I did during my 30 years for various magazines, publications and manuals. Click on the pictures to see larger versions (and to read text and captions). 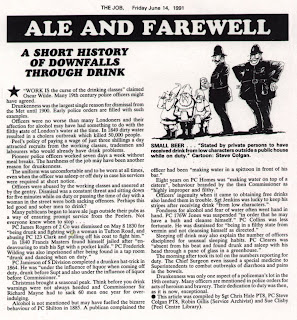 This one was written by my colleague and good friend Chris Hale and published in the Metropolitan Police's in-house paper The Job. Over the years I did quite a lot for them. 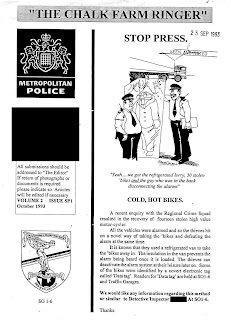 I worked for a time as an IT trainer teaching cops how to use the Police National Computer (PNC - the database of all vehicles and people with criminal records, wanted, missing or disqualified from driving). Consequently I worked a lot with the Stolen Vehicle Squad and their magazine The Chalk Farm Ringer (above). I also taught the use of the Met's Computer Aided Despatch (CAD) system on which all calls to police were recorded and officers were assigned. It seemed to me at the time that we weren't always getting the best staff ... 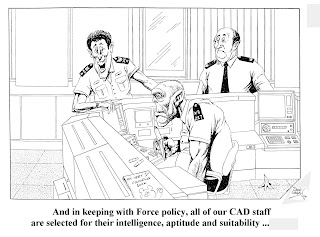 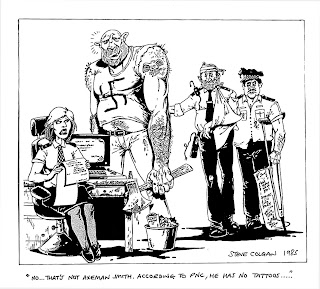 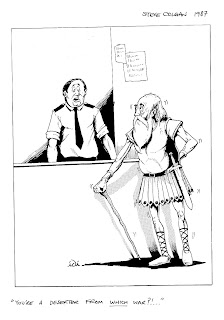 The 'IDI' you'll see on some cartoons was the nom de plume I adopted after I dropped 'Stig'. These days I just sign as 'Colgan'. A lot easier.


Apologies for the quality of some of these. They were mostly drawn before the regular use of such new-fangled things as PCs, scanners etc. They are reproduced from old photocopies.
Posted by Stevyn Colgan at 12:15