It's my 52nd birthday today. And, at the moment, I'm feeling all 18,962 days of it. The ankle is getting less painful although still very swollen and my lardish body is still catching up with the last few manic weeks.

And talking of lardish bodies, here's my final Edinburgh post. 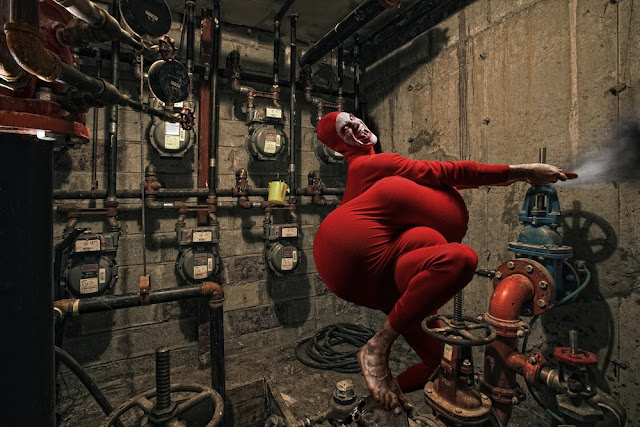 This hugely scary person is Red Bastard. He's one of the best audience participation clowns I've ever seen and he works an audience brilliantly. It's not a show for the faint-hearted or anyone who thinks that they'll just 'stand at the back and not be noticed'. He'll notice you, I promise. And he's very persuasive. He has people kissing strangers, taking off items of clothing, shouting at their partners ... it's all very intense. But it's very funny too as long as you're not the monkey to his organ-grinder. The show was worth going to see if, for no other reason, I doubt he'll transfer easily to TV. Quite unique. 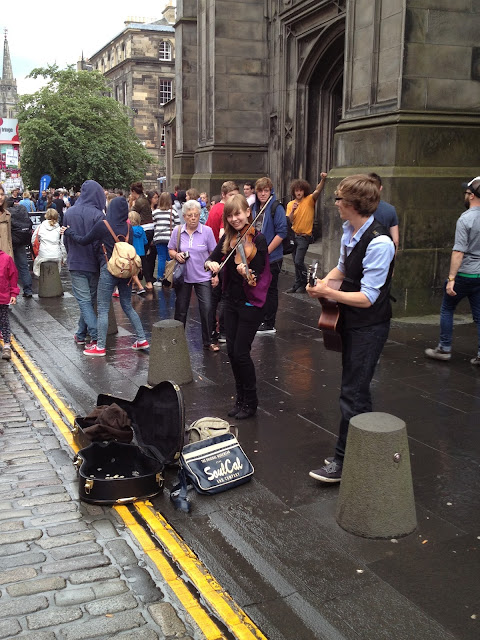 I didn't have time to see many shows (even fewer when my Day 3 was written off by injury) but I did get to see a fair bit of street theatre and a fascinating Skeptics on the Fringe talk by Professor Sophie Scott all about sex differences in the brain. 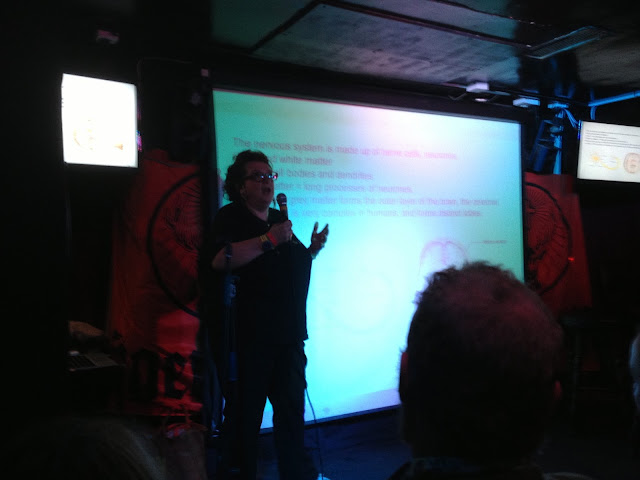 I did some more walking about too. I took a stroll down to Greyfriars Kirkyard - home of the Greyfriars Bobby legend (emphasis on the word legend there) - and had a look around. 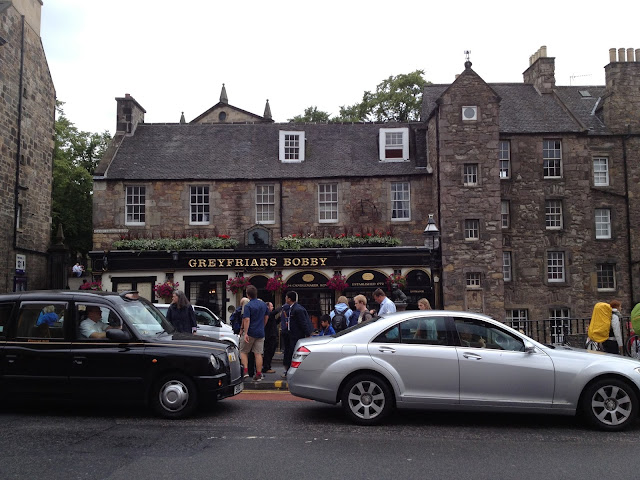 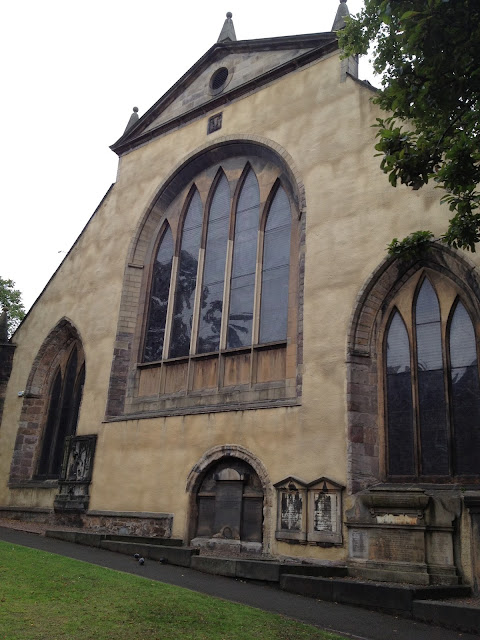 The word 'dour' seems to have been invented for the Scottish temperament and for the rather dull stone with which most of Edinburgh is built. Certainly, the various memorials and tombs in Greyfriars all have a kind of bleak Hammer-Horror ghastliness about them. No shiny marble or fudgey Cotswold here. Just cold grey stone and black pig iron. 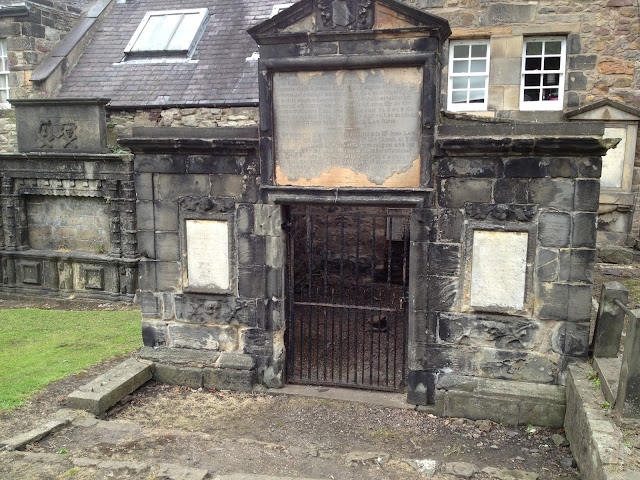 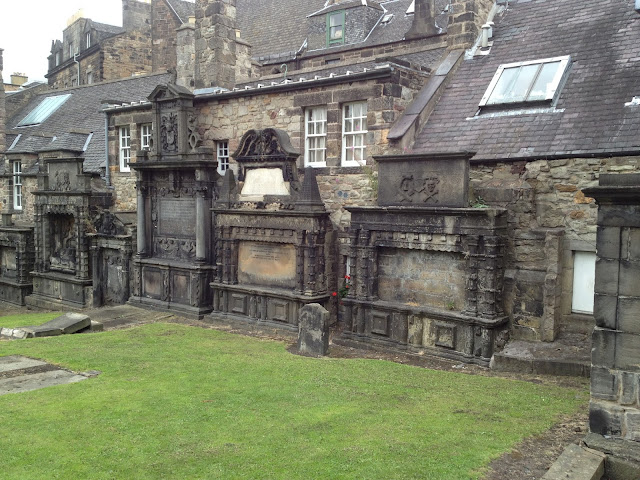 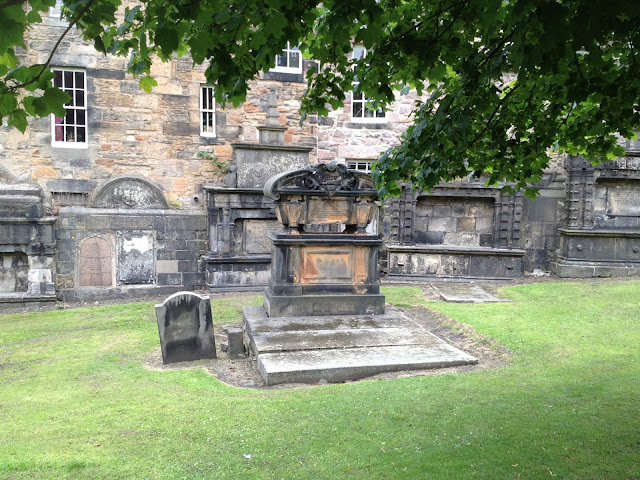 I then took a stroll back up through the Royal Mile, noting the hundreds of posters and flyers attached to the Virgin-sponsored pillars ( a good idea to prevent bill sticking on the dour stone walls), the occasional pavement art and odd chalk graffiti. 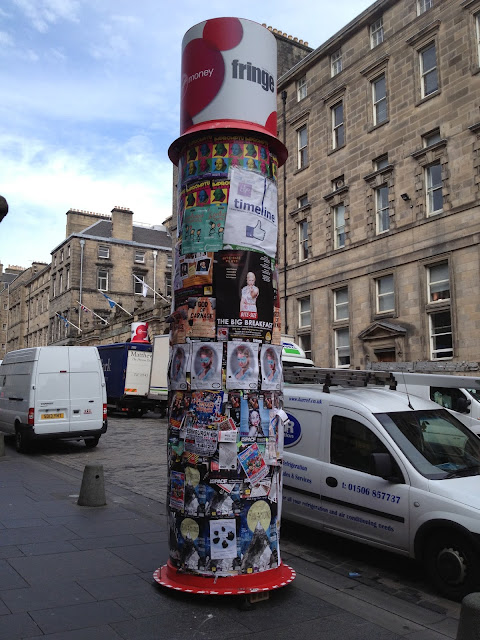 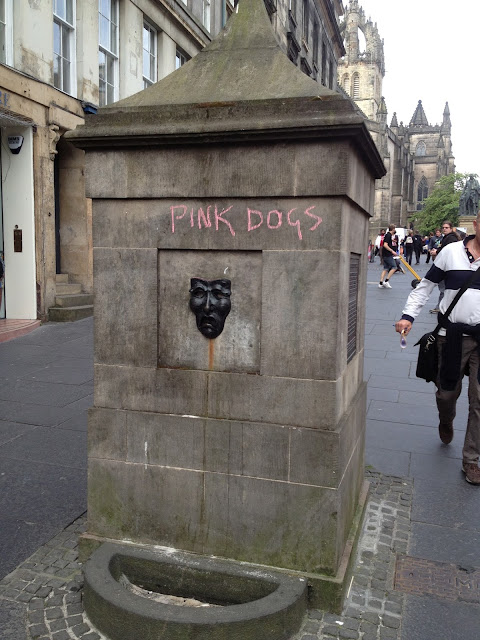 I also found a shop that wasn't a tartan shop, a souvenir shop or a cafe. But it had gone out of business. Very possibly because it probably did no trade for 50 weeks of the year. 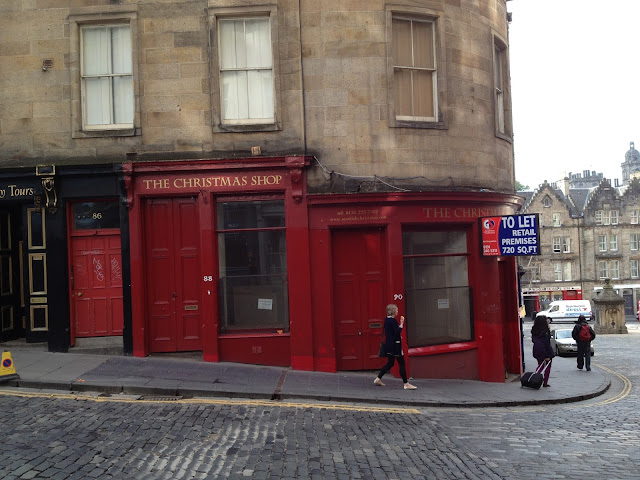 A final stroll up around the area near Edinburgh Castle and that was my lot. 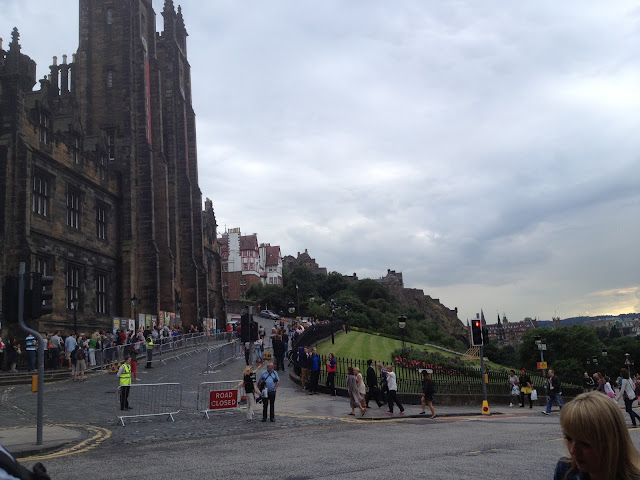 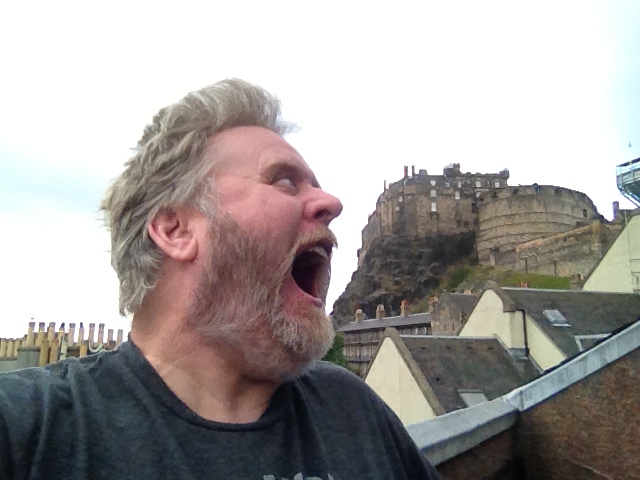 As I said yesterday, my trip home to Buckinghamshire was somewhat fraught and painful but I can't deny the beauty of the North East coast and the views from the train window were wonderful and blessed with sunshine. 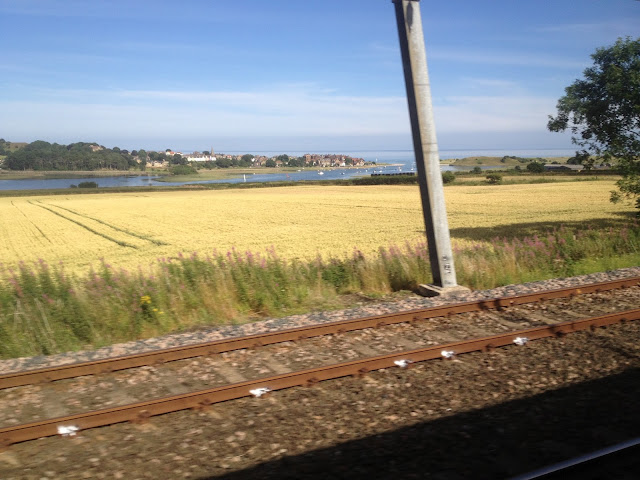 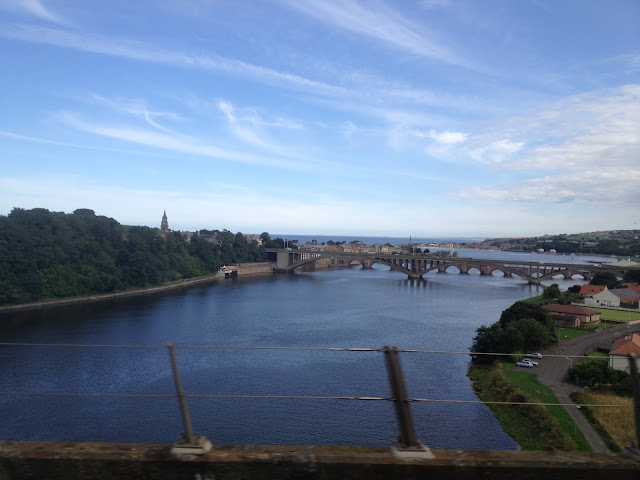 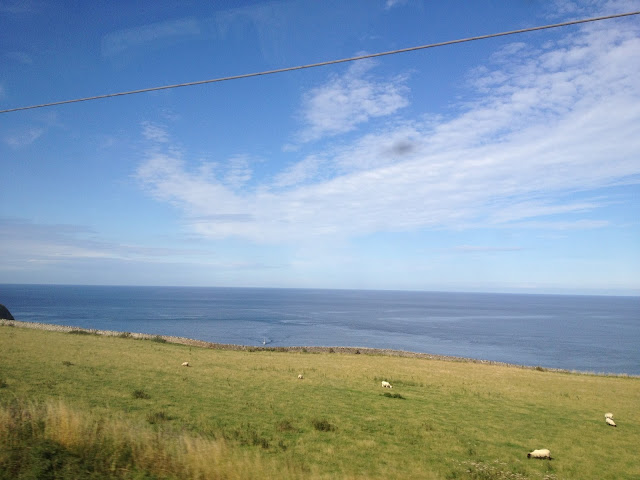 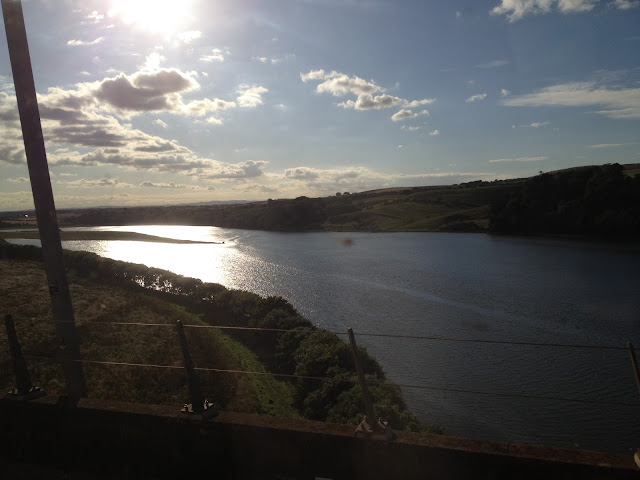 Maybe I'll be invited back next year?
Posted by Stevyn Colgan at 02:07