I'm very lucky. Over the course of my (nearly) 52 years on this fabulous planet I've got to meet hundreds of extraordinary people; not just celebrities but scientists, authors, philosophers, artists and many so-called 'ordinary people' who do extraordinary work in the medical, military, business and charity sectors. I like meeting people. And I like books. And when I meet people who've written books, I often get a copy signed by them as a reminder of that meeting.

I've been collecting signed books for some 30 years now and, sadly, many of the people who's scribbles I've collected are no longer with us. On my shelves here I have signed tomes from Douglas Adams, Eric Sykes, Willie Rushton, Kenneth Williams, Ray Harryhausen, Ronnie Barker, Norman Wisdom, Patrick Moore, Tom Sharpe and many others. They're all pretty worthless to a collector as most of them are personally dedicated to me but I didn't get them as an investment; they're little moments from my live forever preserved in paper and ink and they're much more personal than a photograph.

I have some personal favourites of course. When I was invited to the 30th birthday party of Viz magazine, I took along my copy of Co-creator Chris Donald's biography, Rude Kids, and asked the contributors for their signatures. They all went one step further and did cartoons of some of their creations: 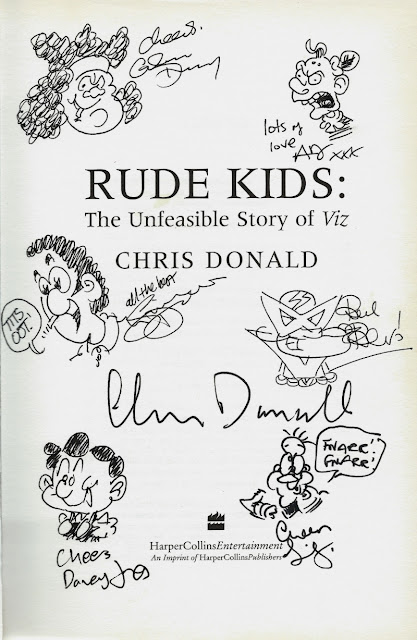 Cleo Rocos planted a kiss alongside her signature in my copy of Bananas Forever: Kenny Everett and Me: 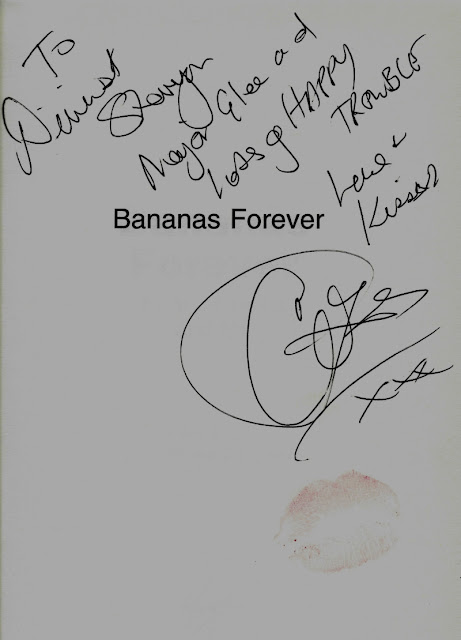 Stephen Fry had some comments to make on spelling: 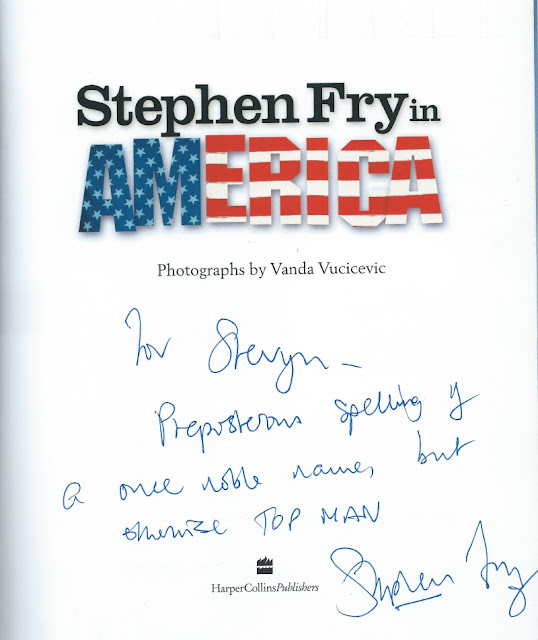 I'm a big fan of graphic novels and have many signed copies. Among the stars are a copy of Watchmen signed by Alan Moore and Dave Gibbons, a copy of Batman: The Scottish Connection by Pat Mills and Frank Quitely (who also drew me an amazing picture of Batman doing something we wouldn't normally see ...), Simon Bisley's Slaine and Mike Mignola's Hellboy. But the star is Alan Moore's and Brian Bolland's Batman: The Killing Joke, signed by both and featuring this sketch. Fantastic! 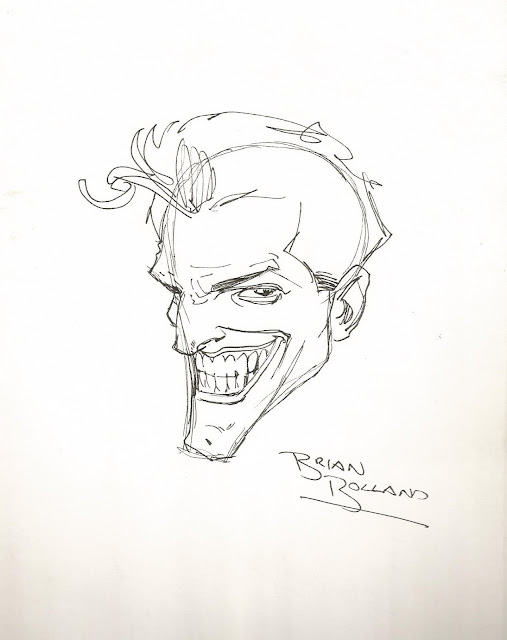 If you enjoyed seeing these I'll post some more at a later date.
﻿