Another weekend, another festival and this weekend I was on the east coast in Southend-on-Sea, Essex, for the Village Green Festival. It was all great fun with performances from some terrific local bands and a special guest appearance by the legendary Wilko Johnson. 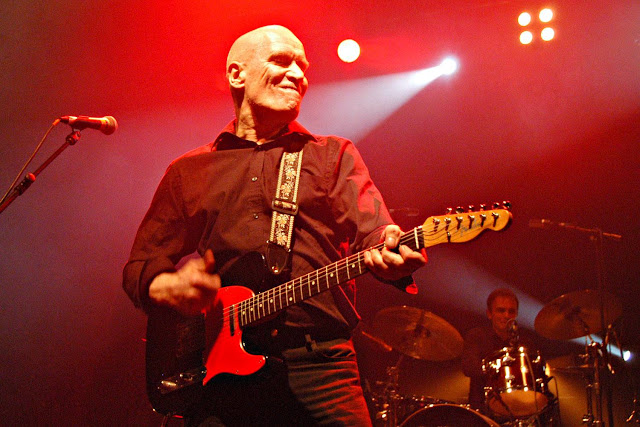 He and his band did a blinding, energetic set; it's really hard to believe that the guy has terminal pancreatic cancer and only months to live. He was terrific. I'm so glad have had the privilege to see him twice this year. And nice for him to do a special gig for his home town. The crowd went mental when he played Dr Feelgood's Roxette:

I was at the festival to do a live stage interview with Neil Denny, the brains behind the hugely respected Little Atoms Podcast. We were on the Sundown Stage and followed on after Storytellers' Club with Matthew (Badults and Pappy's) Crosby, Sarah Benetto and the always wonderful Sara Pascoe ... 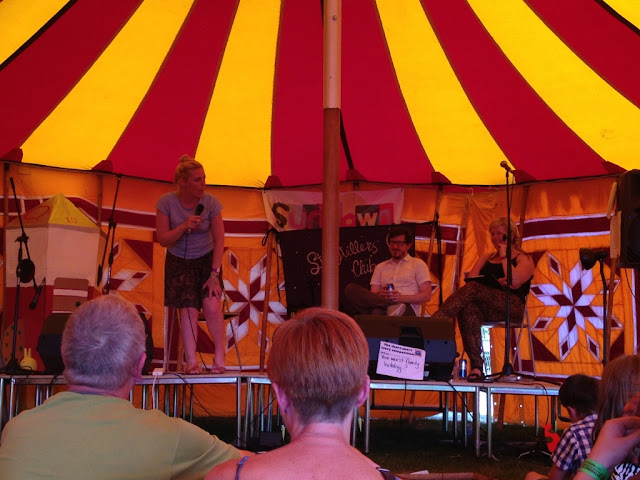 ... and a spirited live performance by Essex musical anti-hero Beans on Toast. After our talk we were treated to some Domestic Science from the amazing Helen Arney and Rob Wells. And I mean domestic science; experiments you can do in the home. Glorious geeky fun with occasional songs from Helen. Here she is doing her 'Animals' song. I love it.