Pictures of the Week

Time for another round-up of fascinating pics that I've found while trawling the sea of information in search of the good stuff for QI, The Museum of Curiosity and my own projects.

First up is this amazing picture of an Ocean Sunfish (Mola mola). I knew they were big but I hadn't realised just how big they are. 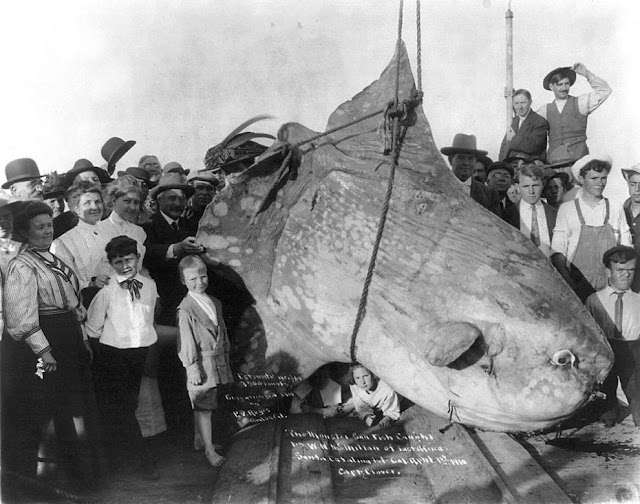 This one was caught in 1910, with an estimated weight of 1600 kg (3500 lb). Sunfish are, in fact, the heaviest bony fish on Earth. They live on a diet of jellyfish, but because this diet is nutritionally poor (mostly water in fact), they consume huge amounts in order to survive. Females of the species can produce more eggs than any other known vertebrate. 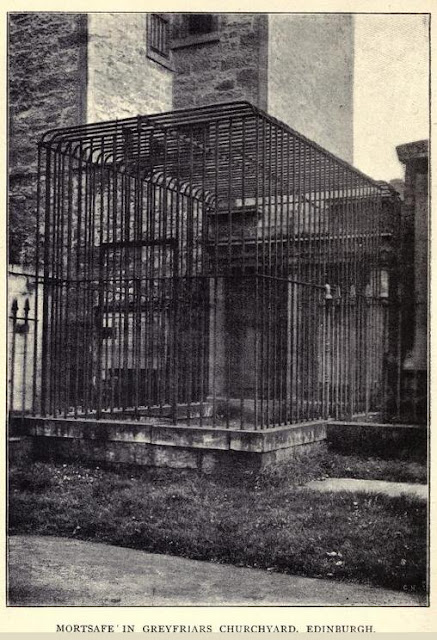 This photo shows a Mortsafe; a specifically installed cage that allows family access to a tomb or vault but which deters graverobbers and 'resurrection men'. It's extraordinary to thing that such things were once needed. They were not an uncommon sight in areas where such activities took place and Greyfriars in Edinburgh has quite a number of them (go google 'mortsafes'). Grave robbing pretty much stopped after the passing of the Anatomy Act of 1832. Not so long ago really. 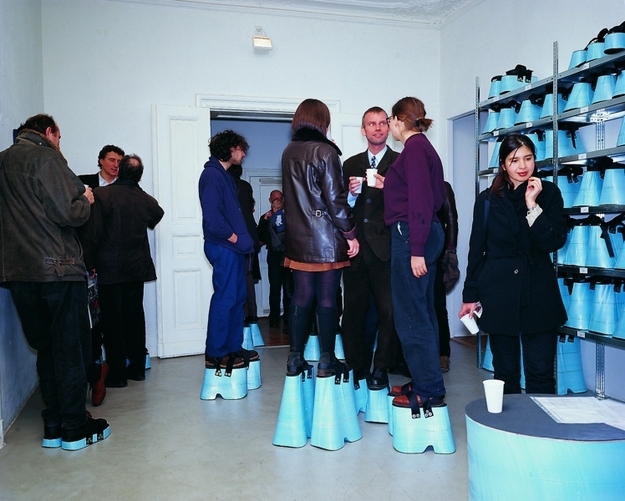 This one just made me laugh. The Same Height Party. It's a brilliant idea; strap on platform shoes of different heights so that people meeting each other are all on the same eye level. Brilliant! It's the brainchild of artist Hans Hemmert and, although the image actually dates from 1997, the conset is still valid. Read more here. 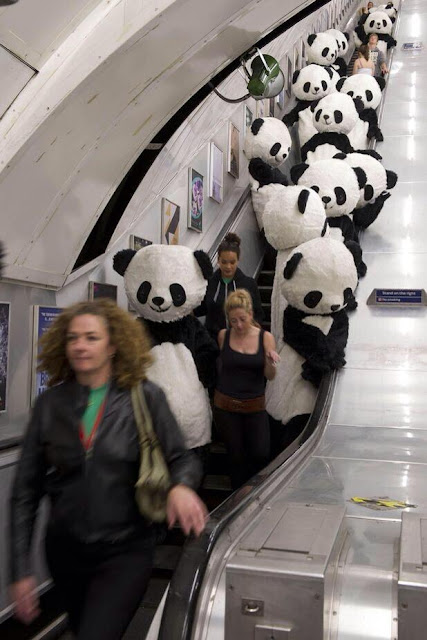 Around this time last year you couldn't move on the London Underground for pandas. Yes, it was Panda Awareness Week and 108 pandas - one for every panda currently in a special breeding centre in China's Chengdu base - travelled to Trafalgar Square for a black and white Tai Chi session. 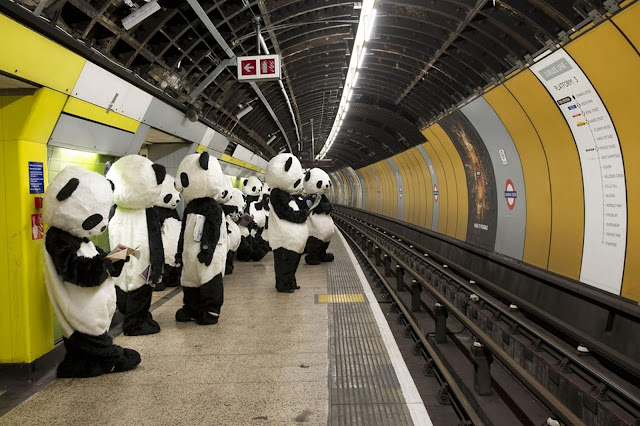 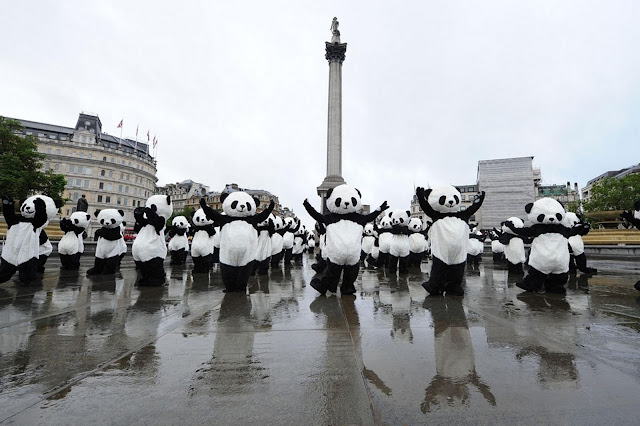 Pics courtesy of the Daily Mirror.
Posted by Stevyn Colgan at 10:49