Well, as I suspected, the well-endowed Mickey Mouse from last night's Unbound Live event was not a Jeff Koons. Some brilliant detective work from Mo McFarland turned up this blog post which reveals that the sculptor was, in fact, a French artist called André Saraiva (aka André or Monsieur A) who is part-owner of Le Baron, the club where the Unbound event took place. There's an excellent New York Times article on him here. It says in the blogpost that he 'was asked by Disney to create a sculpture of Mickey Mouse and came up with this lustful proposal. Needless to say, it was turned down. The sculpture is called Mickey Viagra.' I'm assuming (and the dates are about right - around 2005) that Saraiva was one of a number of artists invited to customise a Mickey in the same way that other artists have done cows, elephants and eggs in recent years. Certainly, it's exactly the same figure. Here are some of the less controversial custom Mickeys by (in order) Gary Baseman, Susan Lucci, Andreas Dega and David Willardson. 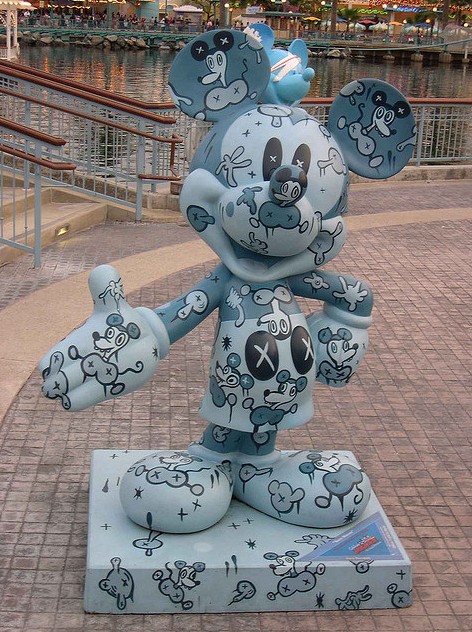 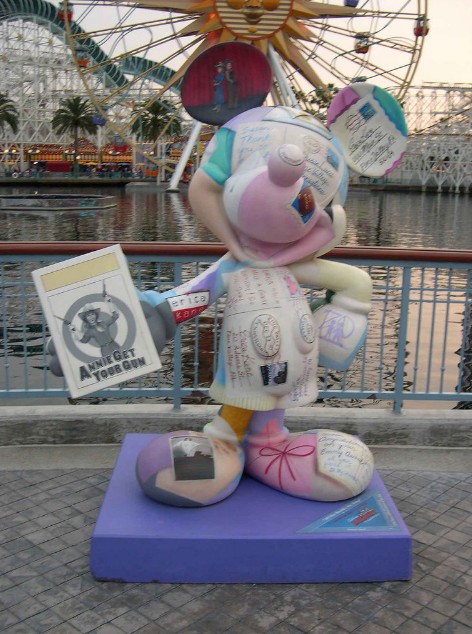 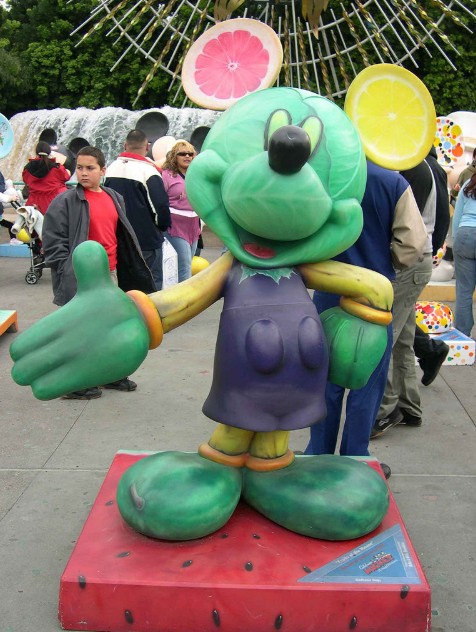 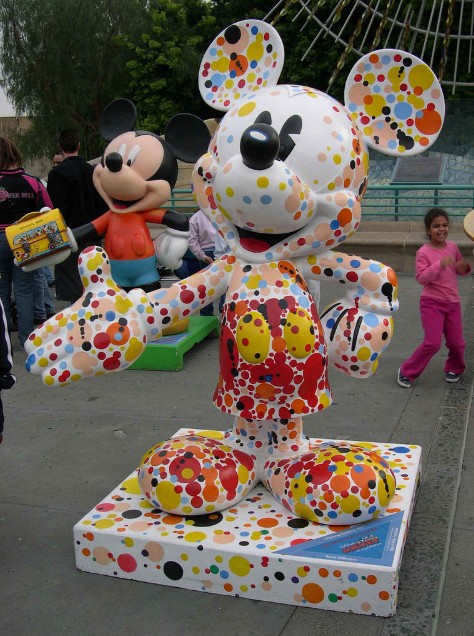 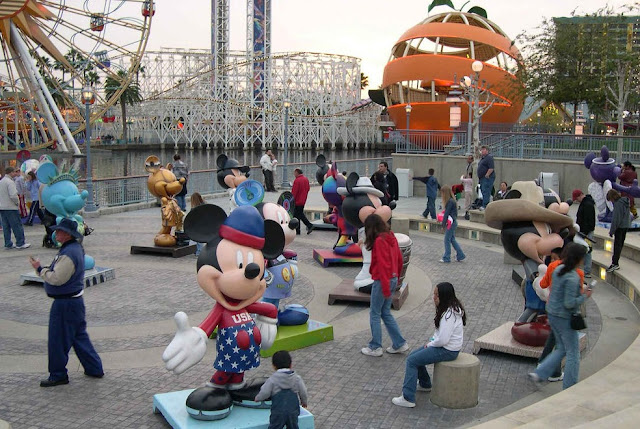 There are 75 such Mickeys and I guess, looking at the location, it's easy to see why Disney didn't accept the Saraiva's version (as if they would have anyway). I know of at least two Mickey Viagras - the one in London and one at a club in Paris. Both are part-owned by Saraiva. However, at least one must be available to the general public somewhere because photos like these (below) turn up occasionally online. 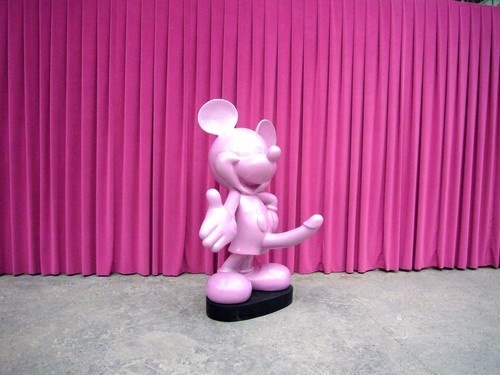 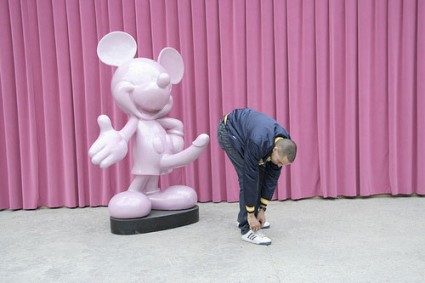 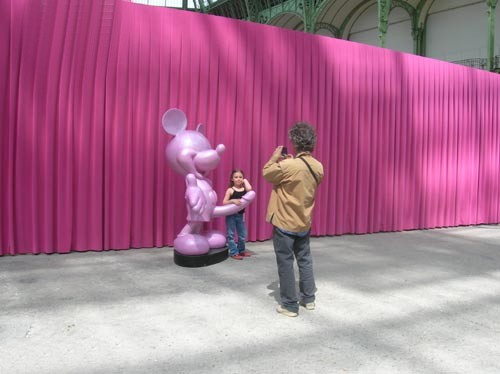 Some quality parenting there. So, there you go. The Mystery of the Monstrous Mickey is solved.

The Disneyland Park photos were taken from a public Flickr album by Brian Lau. I'll be happy to remove them if there are any objections to their use. I have no idea who took the shots in front of the curtains.