It's been a curious few days. Last Friday saw me at the launch of my very talented friend Andy Robb's new book Geekhood: Close Encounters of the Girl Kind; a very sweet and funny tale of a geeky boy discovering the curious world of girls for the first time. The party was at Waterstones in Oxford Street and people really got into the swing of things with some splendid cosplaying. There were several special guests too. 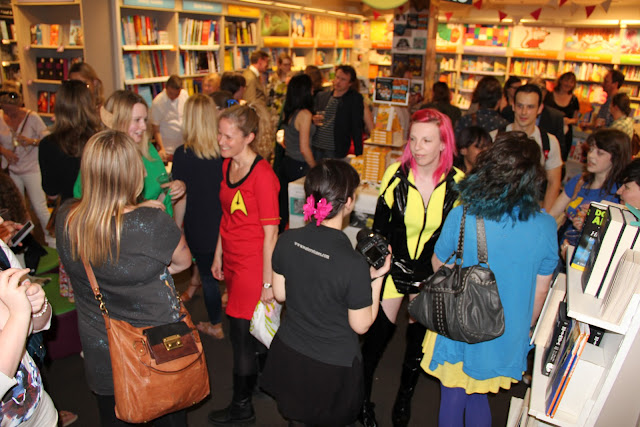 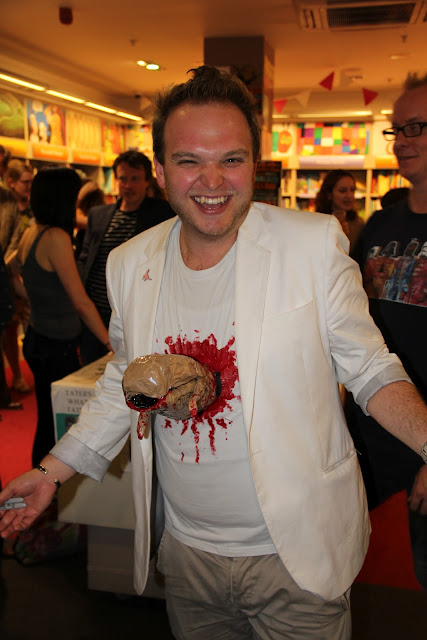 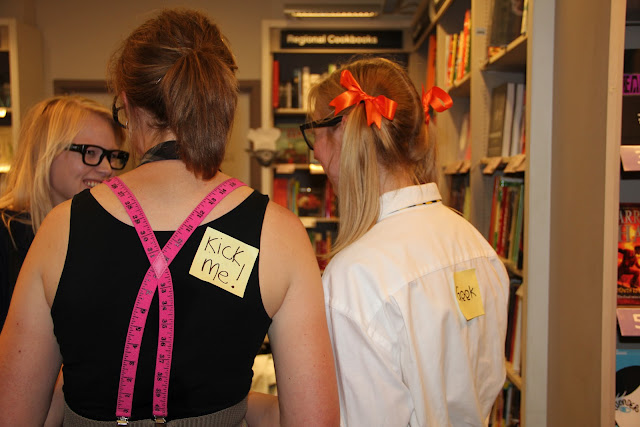 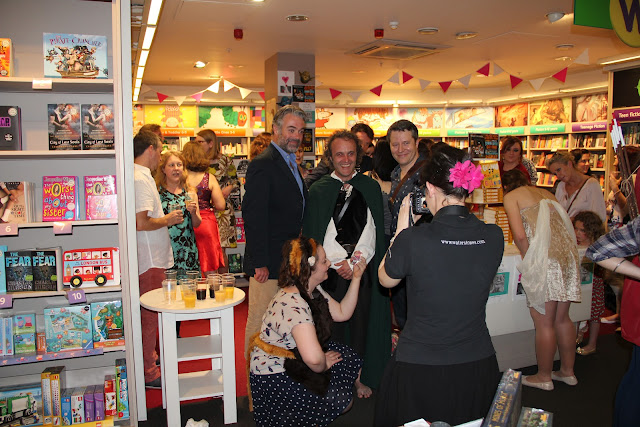 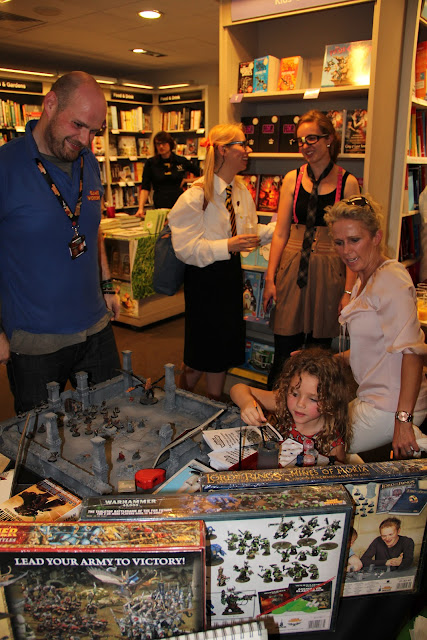 Top marks go to three guys from the UK Garrison who turned up as Darth Vader and Imperial Stormtroopers. The UK Garrison, if you didn't know, are Lucasfilm-approved fundraisers. They've raised over £1 million for children's charities in just a few years. They make no profit and you can hire them by simply paying a minimum fee of £150 into their charity, which is then used to help children. They were great fun - never once dropping out of character - and it was hilarious watching people trying to make their speeches while Vader's asthmatic breathing dominated the quiet room. Vader seemed to have a particular enjoyment of throttling people, including Andy, my mate Steve Hills and myself ... 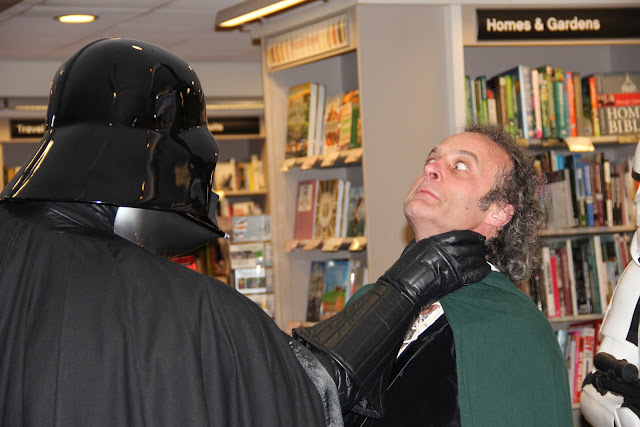 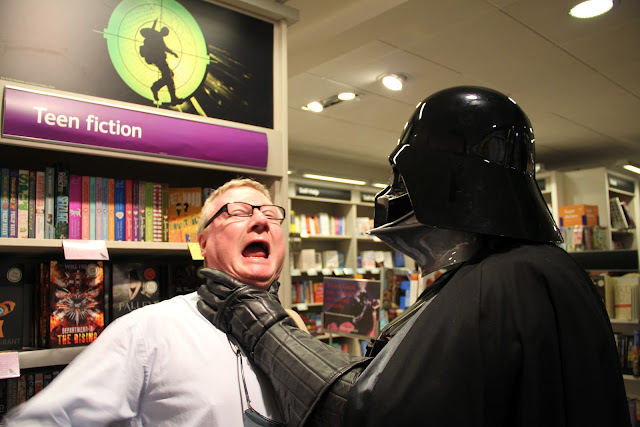 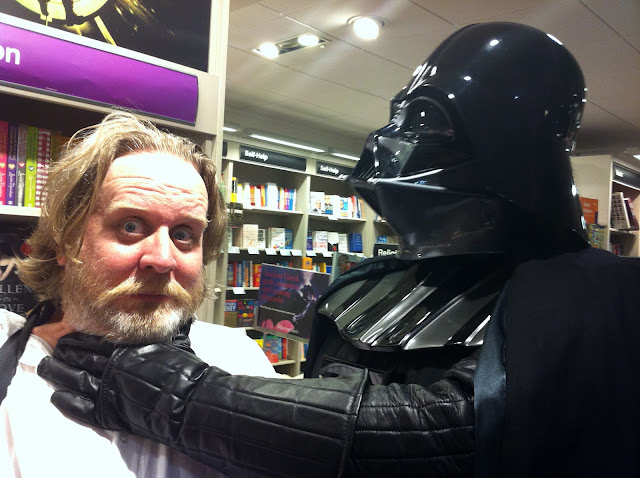 ... while his troops seemed more interested in figuring out why the white shiny armour and machismo approach wasn't working for them relationship-wise ... 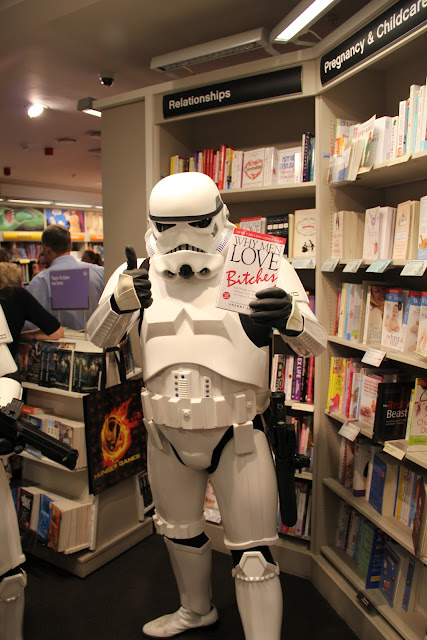 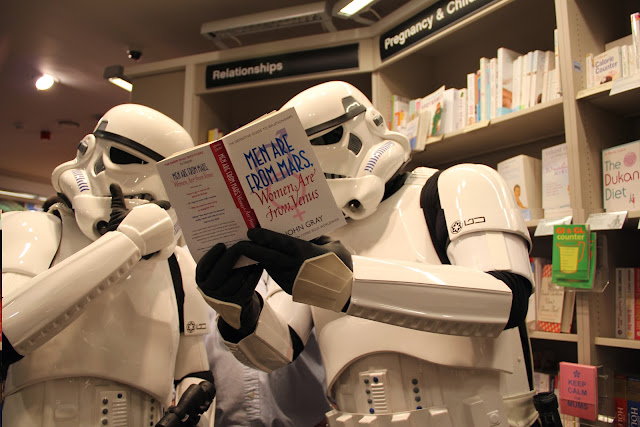 A great event and lovely people. I wish Andy every success with his book.

The weekend flew by and was mostly concerned with more preparations for my daughter's wedding this coming Saturday. And sweating. The weather has been extraordinarily nice this past week. My Father-Of-The-Bride speech is all done now. I prefer to call it 'The Powerpoint of shame'. Mwah ha ha. However, poor old daughter managed to break her foot on Friday night so it's fingers crossed that she'll be able to walk, rather than hobble, up the aisle.

On Tuesday I made my first ever appearance on a panel show on an episode of Do The Right Thing. The Sony Award-winning podcast is hosted by Danielle Ward and has team captains Michael Legge and Margaret Cabourn-Smith. They, and their guest panellists, are given a series of scenarios and asked what the right thing to do is in each. They range from zombie apocalypse to getting away from a swarm of bees and everything in between. There's also a round where they have to guess the correct advice as proscribed by various Agony Aunts and try to sort out problems presented to them by the audience. Then there's a round called Ask the Expert. And that's where I came in. I was the expert on problem solving policing and it was my job to explain the right ways (or some of them anyway) to tackle various crime and nuisance problems. Helping the regulars were Jenny Eclair and John Finnemore. I stayed for the second recording too where Jon Ronson was the expert (on psychopaths) and the guests were Robin Ince and Josie Long. A great fun experience. I'd love to do more. 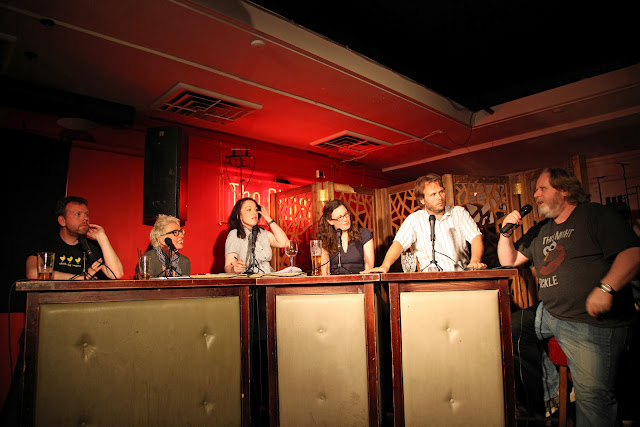 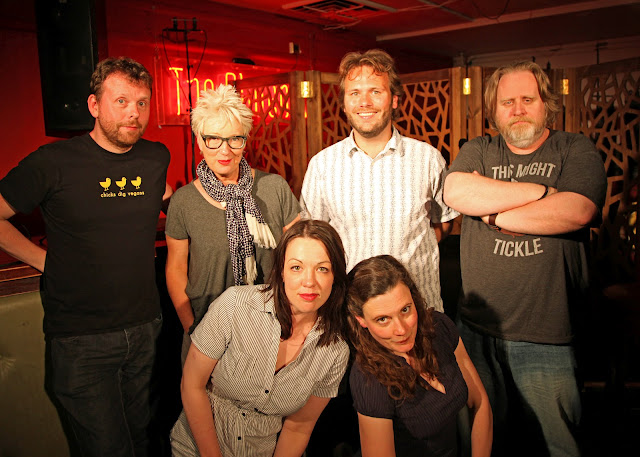 But then it was back to crashing reality. Daughter Sarah had arranged to go to New Covent Garden Market in Vauxhall, South London, in the wee hours to get her wedding blooms at trade prices. Now, of course, her broken foot precluded her from driving. Which is why, at 2am this morning, I was driving her - and a borrowed wheelchair - into London. We got home at 5.30am today. Still, a fascinating place to visit. It's huge. This building alone (below) is just for flowers; the fruit and veg building is at least 5-6 times larger. Making the journey was great for the wallet - the prices were more than half what you'd pay at a florist. Not so great for my hayfever though! 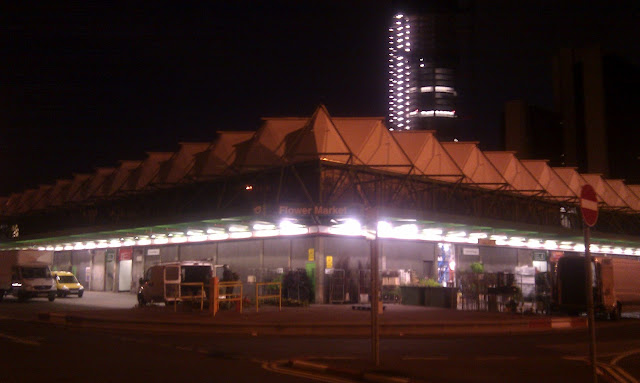 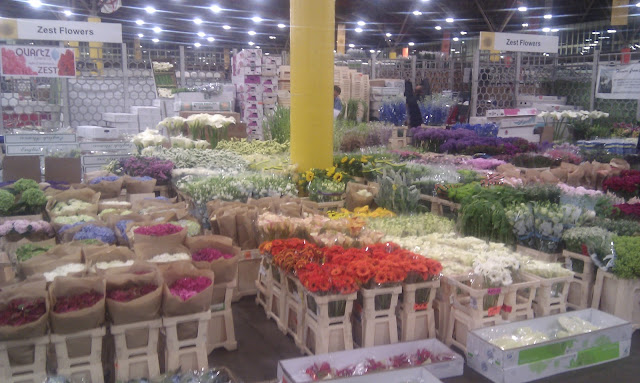 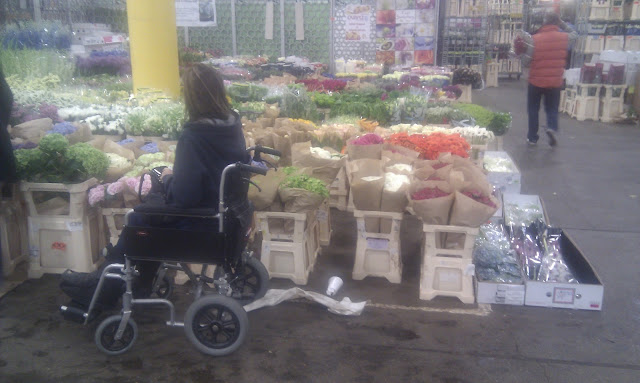 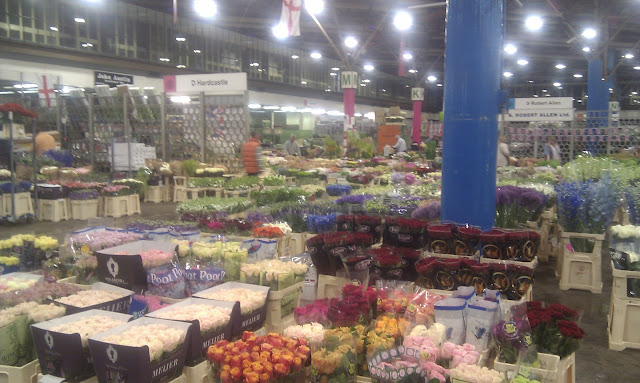 Next big thing on the horizon is the wedding on Saturday. Let's hope I can stay awake for it eh?
Posted by Stevyn Colgan at 19:47