No Fog on the Tyne

Yesterday saw me taking a long train journey to Newcastle to deliver a Skeptical Bobby talk. I had a fantastic time, only slightly marred by being woken at 3am by a fire alarm and having to evacuate my hotel. Some arse had, apparently, hit the alarm 'for the craic'. Fuckwit.

I awoke the next morning bleary-eyed and to the announcement that heavy fog had descended over the UK. With the lyrics of one of Lindisfarne's greatest hits resonating through my foggy mind, I walked down to the Tyne ... to find it wreathed in beautiful spring sunshine. The Tyne, it seemed, was the least foggiest place in the UK that day. So, off I went on a walk around the city. 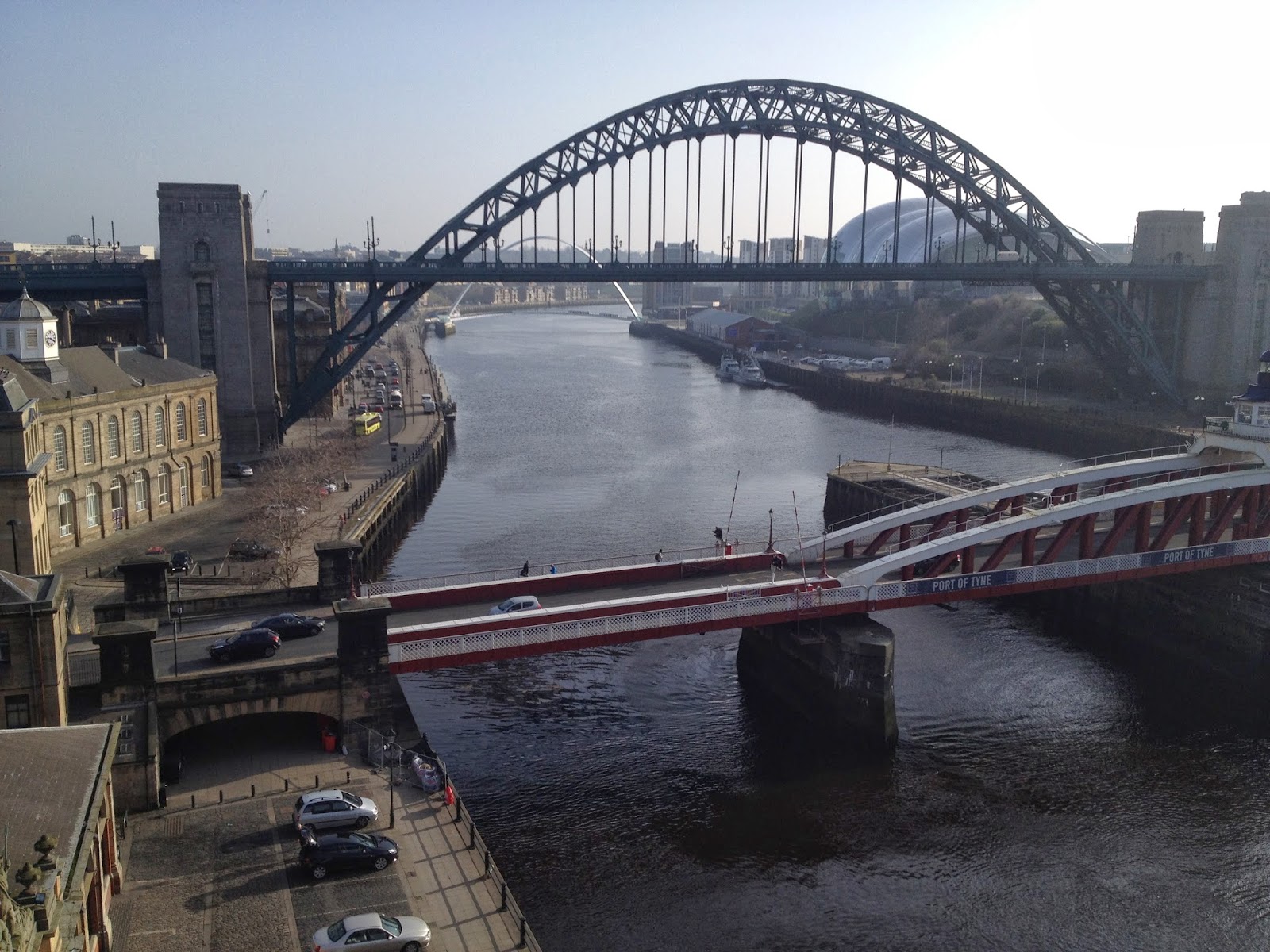 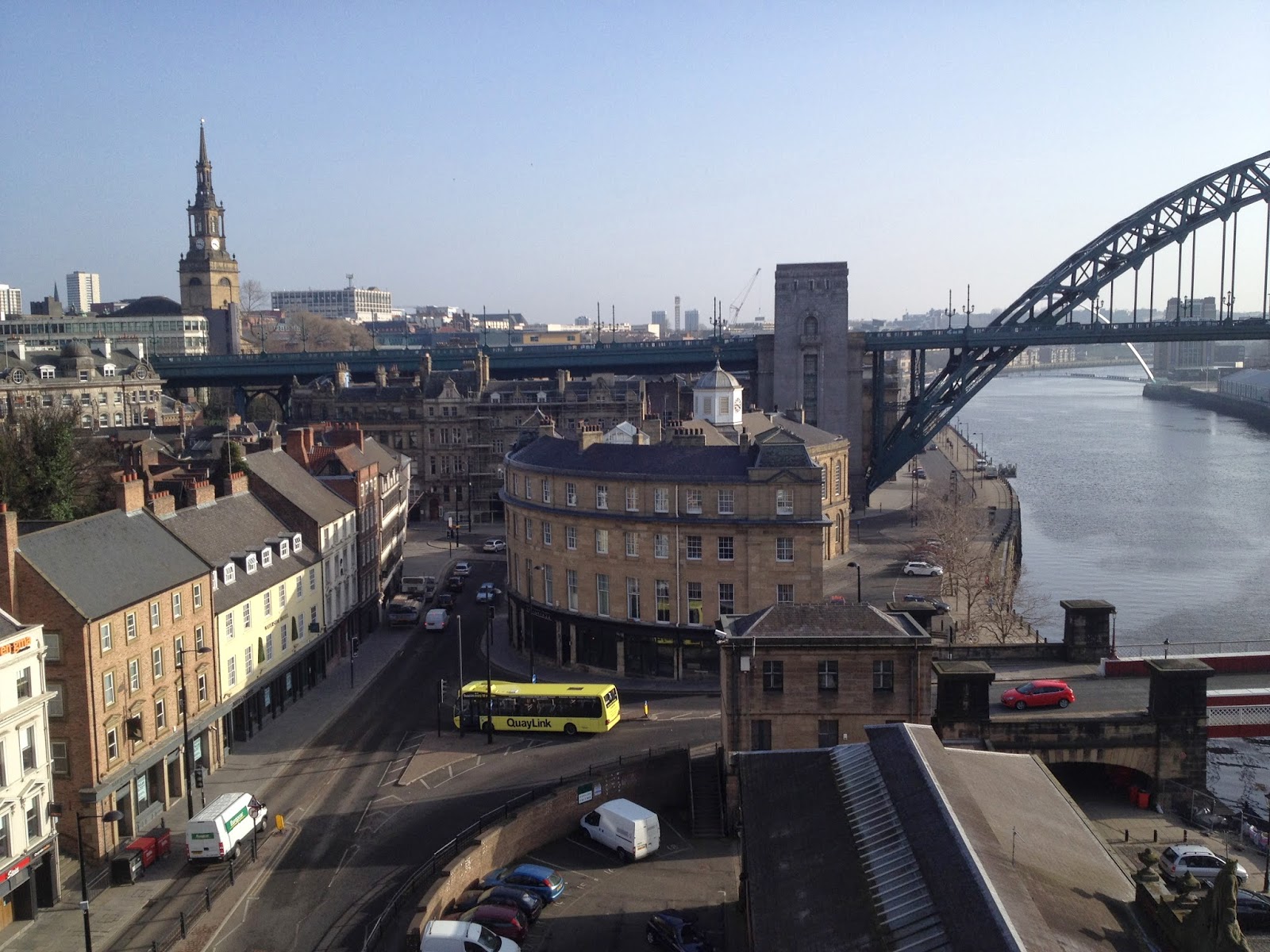 I'll freely admit that I had no idea that the Tyne Bridge was quite as high as it is. And there were people zip-wire jumping off it as I watched.

The city is a glorious hodge-podge of old and new and I walked out onto Bridge Street - actually an attractive cast iron bridge in it's own right - to get a view of both sides of the river. 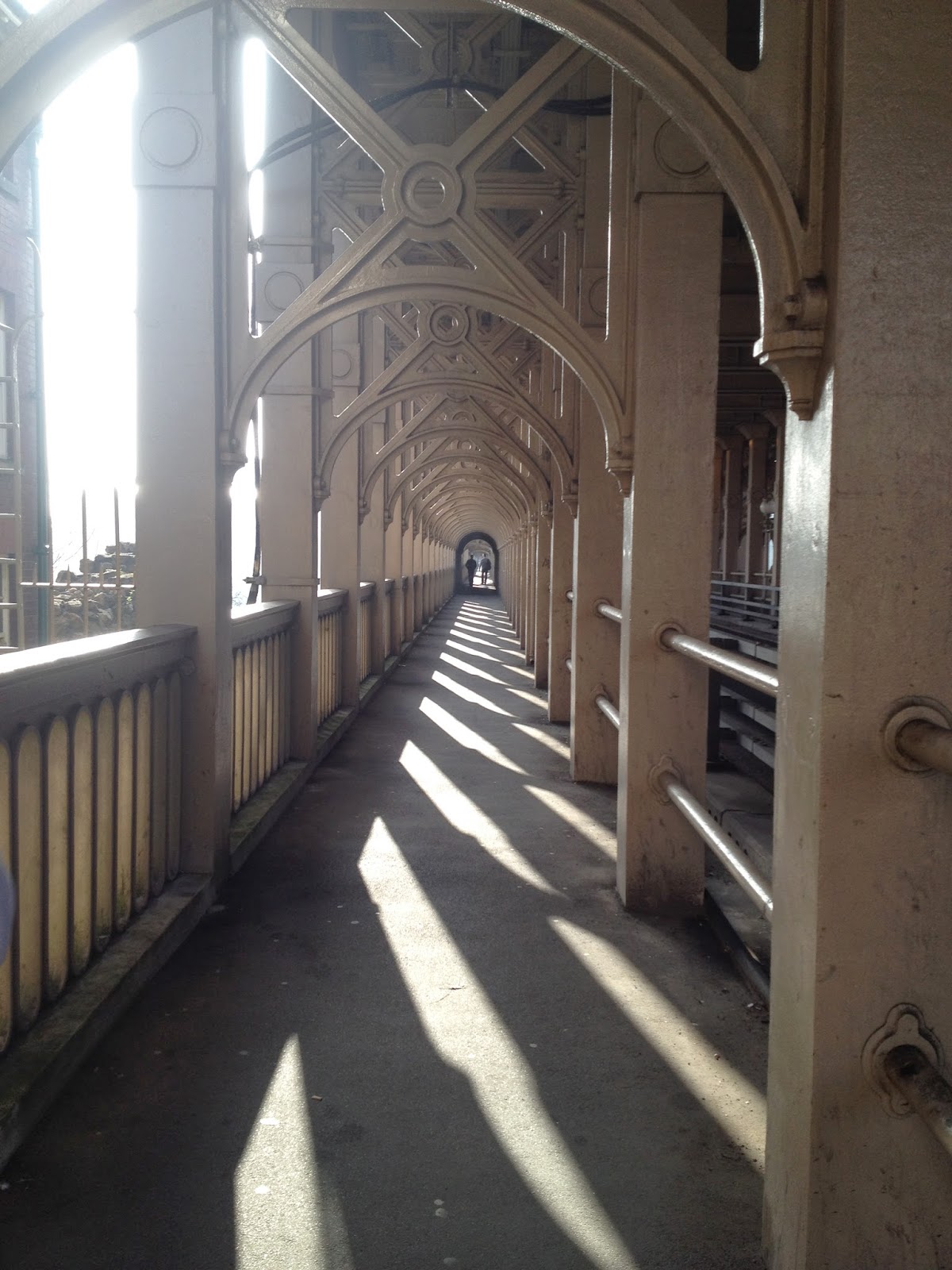 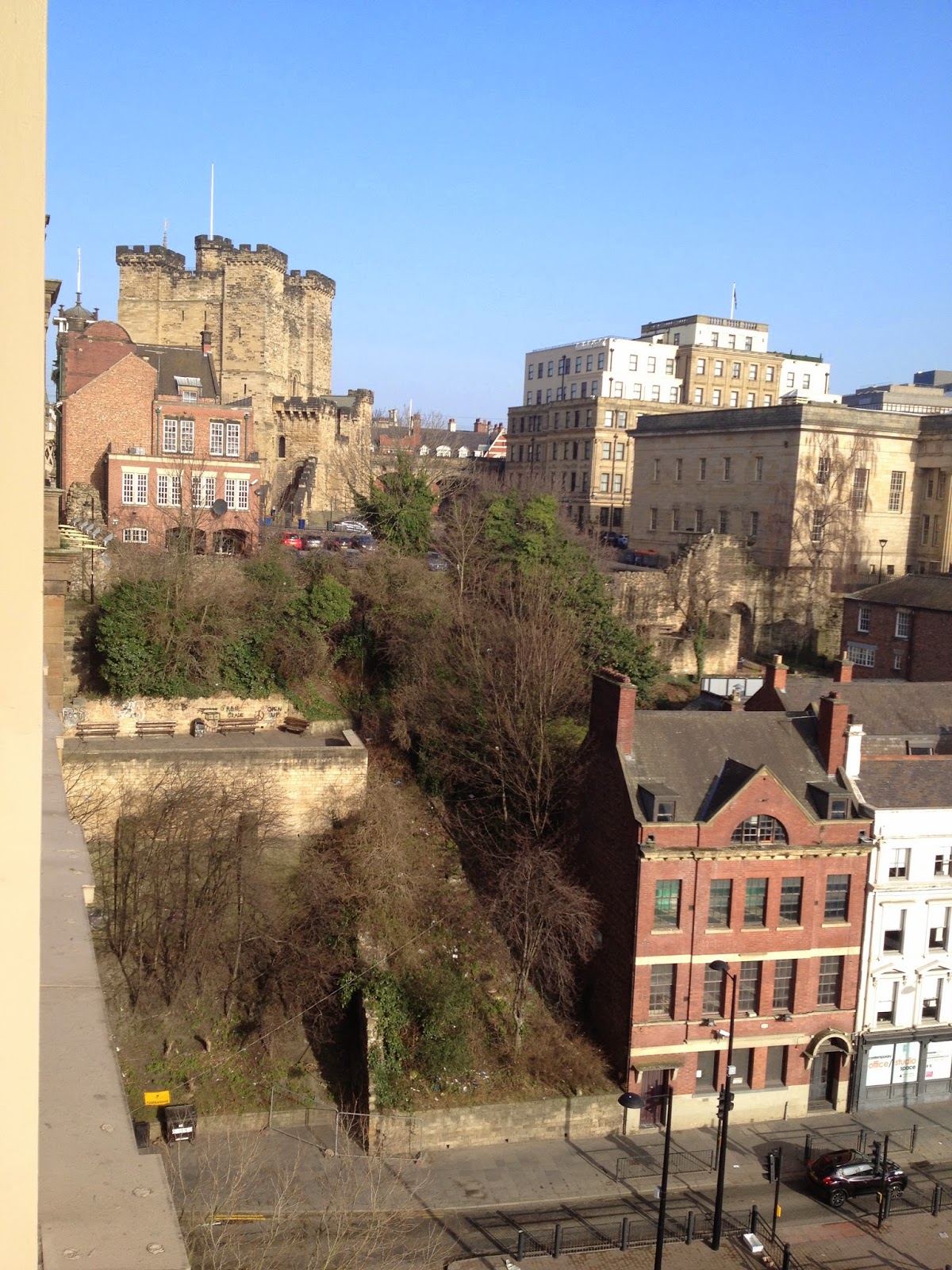 The castle itself dominates the Newcastle side of the river and it sits uncomfortably under and beside the railway bridge with which the Victorians, with typical bullishness, barged their way through history into the 20th century. They also built the Literary and Philosophical Society building in Westgate Road on top of Hadrian's Wall. In fact, Victoriana is everywhere from the statues of pioneers like Stephenson and Grey to the tall gothic buildings and Queenie herself, apparently operating H G Wells' time machine. Or, at least, that's what her statue looked like to me. 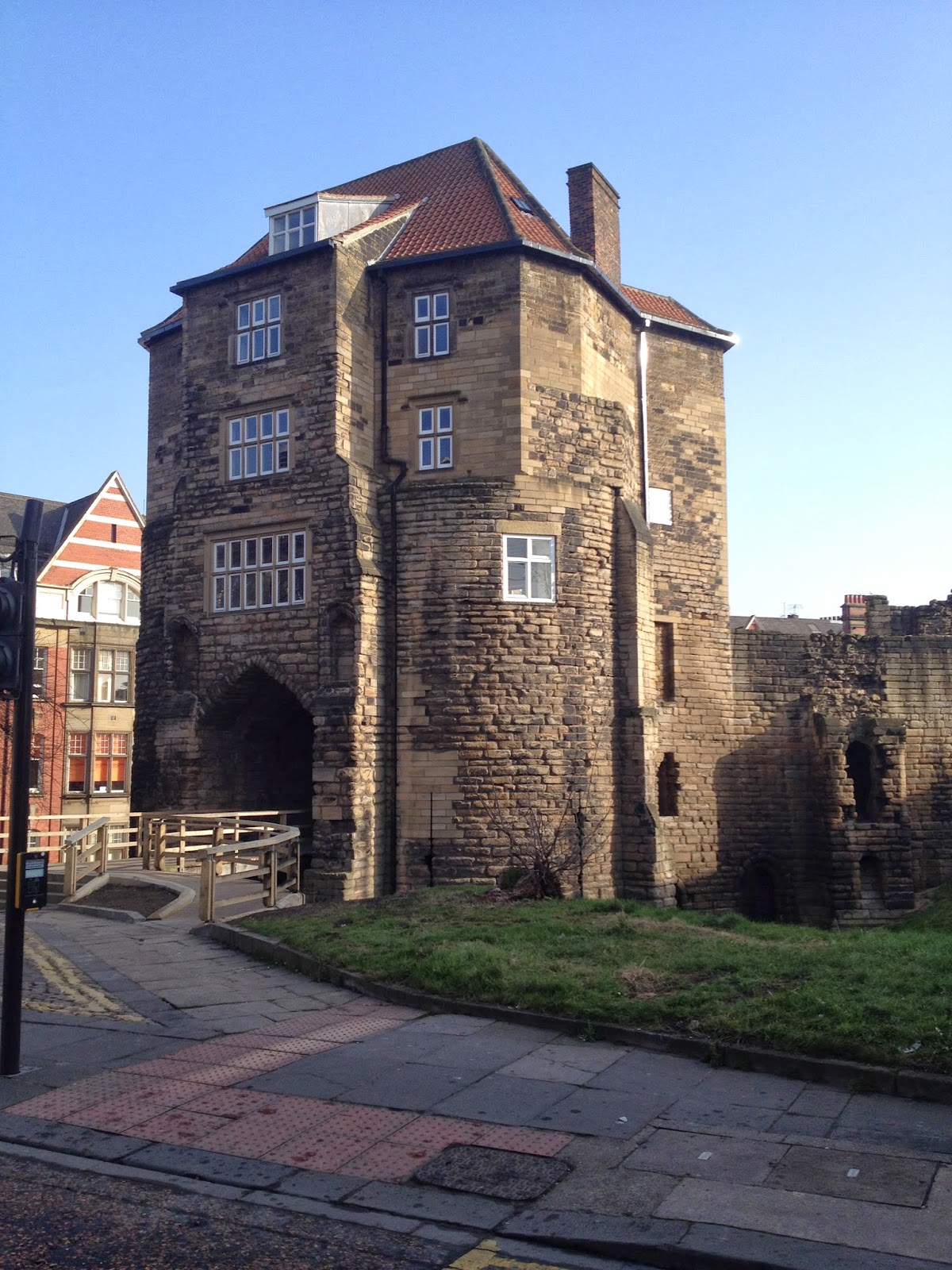 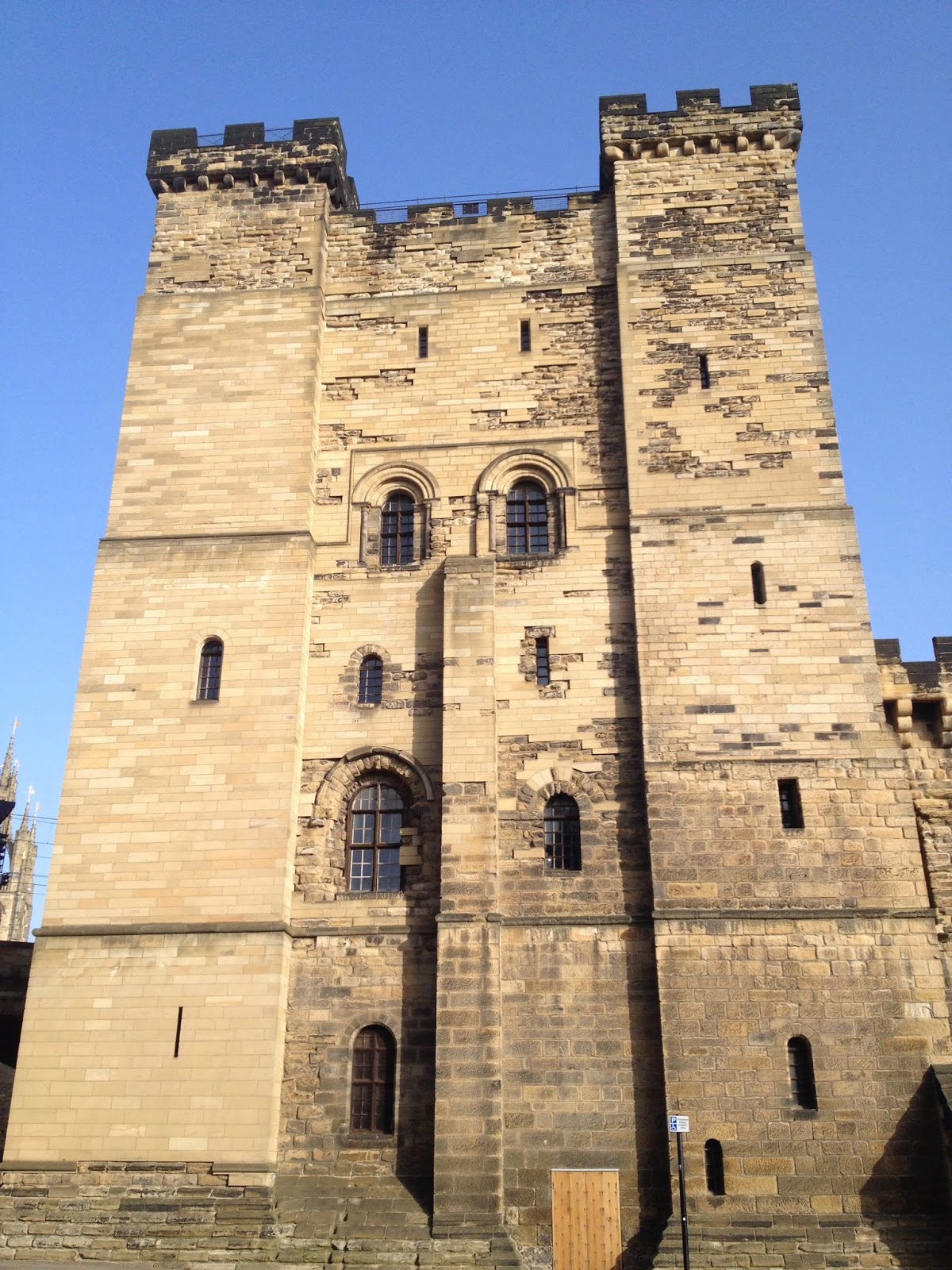 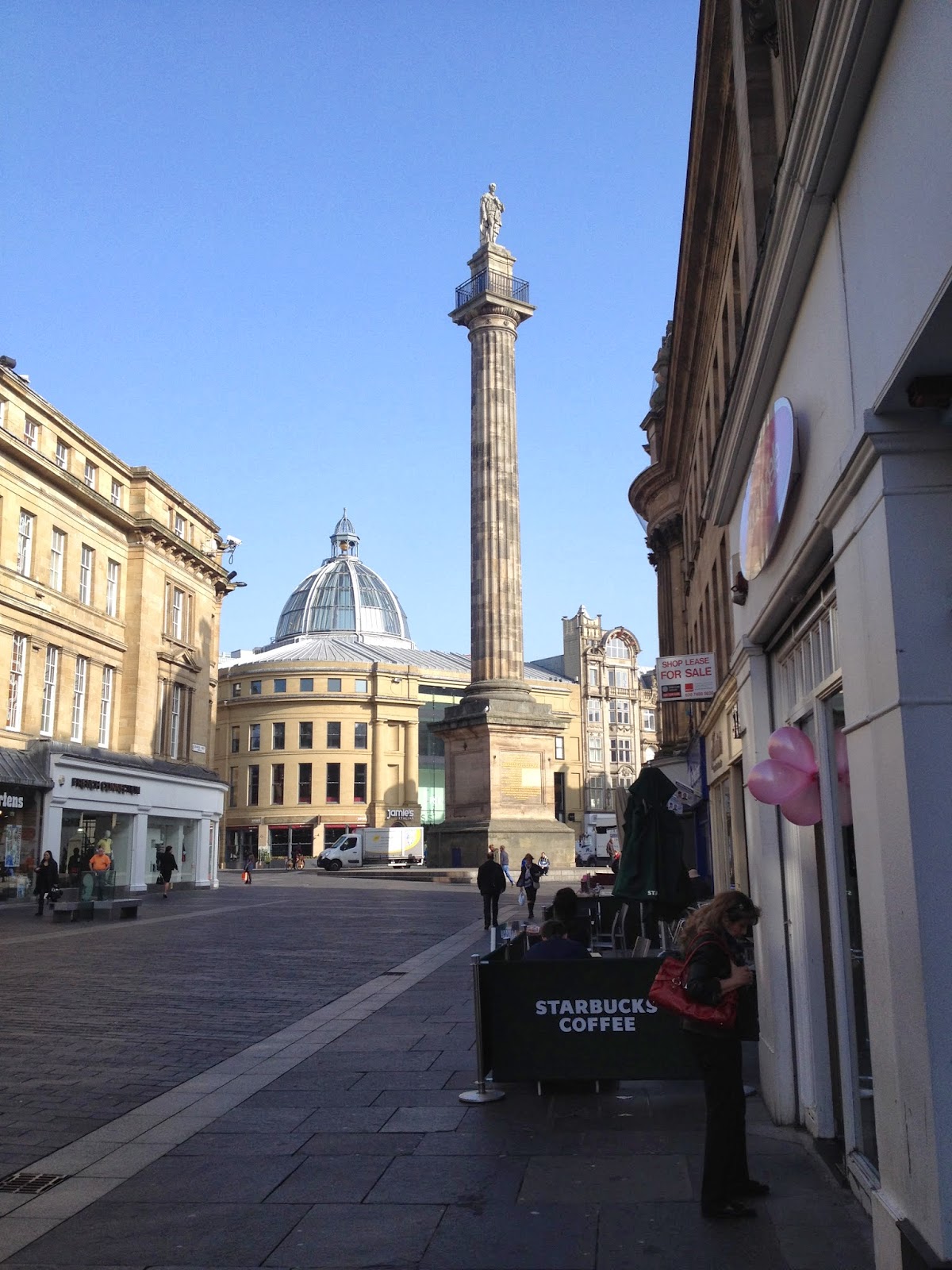 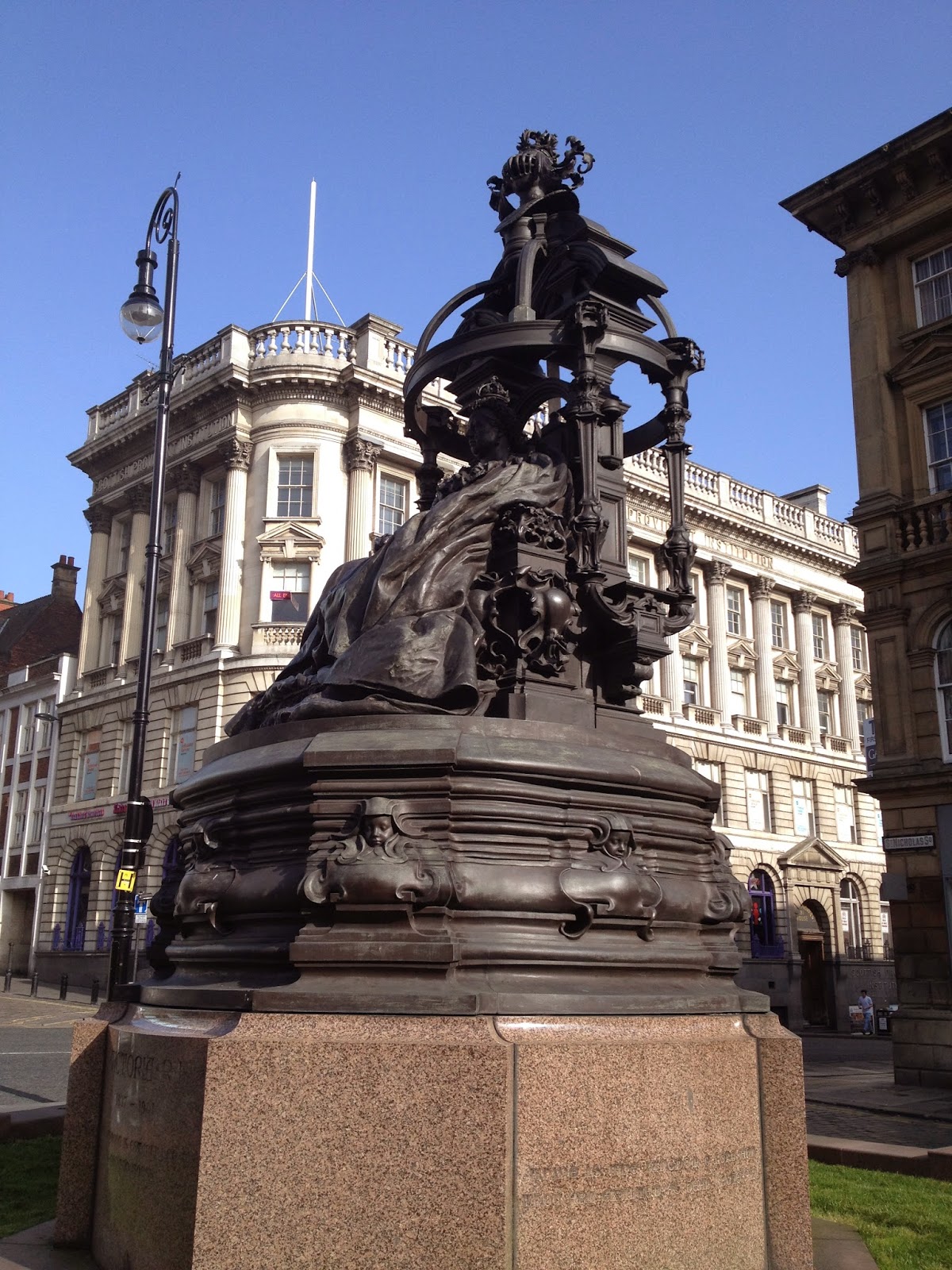 I could spend all day posting photos of what a great city it is, especially when seen in lovely, clear Spring sunshine. But, instead, I'll leave you with a picture of a fat beardy bloke punching a plastic horse in leg-warmers and rollerskates outside a pizza restaurant.

A Geordie told me it was a local tradition. 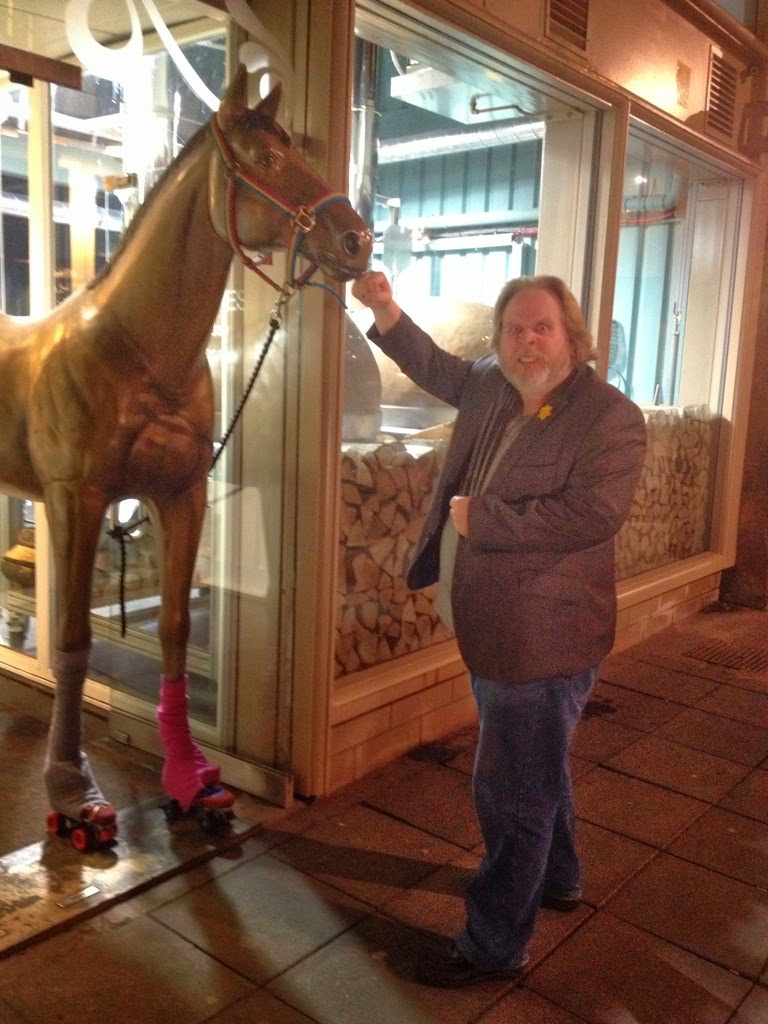 I bet he was the same bastard who set off the fire alarm.
Posted by Stevyn Colgan at 18:30

Email ThisBlogThis!Share to TwitterShare to FacebookShare to Pinterest
Labels: Newcastle, Skeptics in the Pub