A Dead Duck of a Show

Last night was the first show of this year's annual Ig Nobel Prizes tour of Europe. It played to a packed lecture hall at Imperial College, London - a capacity audience of around 800 - and was gloriously funny from start to finish.

After an intro by Professor Sue Gibson, Ig Nobels creator, Marc Abrahams opened the show with a brief explanation of the prizes and a run-down of the most recent award winners. They included a team from Japan, China and the UK who got the award for 'assessing the effect of listening to opera, on heart transplant patients who are mice'. When the Ig Nobel Prizes ceremony was held at Harvard University last Autumn, several members of the team flew over from Japan to collect the award. Two were dressed as mice. 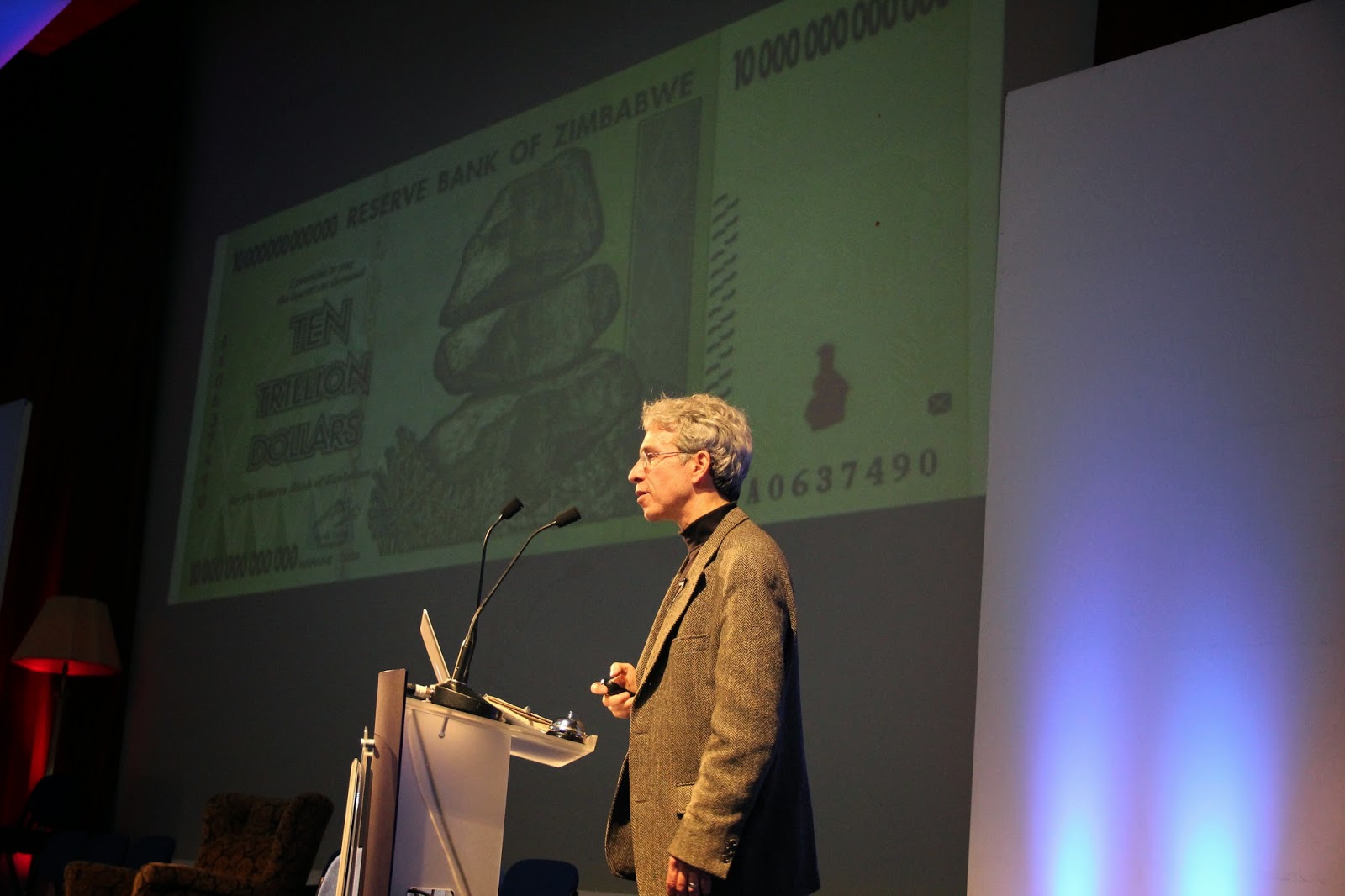 Another 2013 winner was a paper by a Dutch, British, Canadian collaboration which detailed two related discoveries: First, that the longer a cow has been lying down, the more likely that cow will soon stand up; and second, that once a cow stands up, you cannot easily predict how soon that cow will lie down again. however, was the Ig Nobel Prize for Public Health, awarded to a team from Thailand, for the medical techniques described in their report 'Surgical Management of an Epidemic of Penile Amputations in Siam'; techniques which they recommend except in cases where the amputated penis had been partially eaten by a duck.

The next part of the show involved the aforementioned Sue Gibson, me and several of my colleagues from QI doing 'dramatic readings' of papers submitted to the Ig Nobels. What this entailed was us selecting  a paper from a pile, scanning it for a few minutes and then going up on stage to read it out to the audience. After two minutes, a bell sounded for us to stop and we then had to take questions from the audience ... which were clever, funny and which we were completely unable to answer. 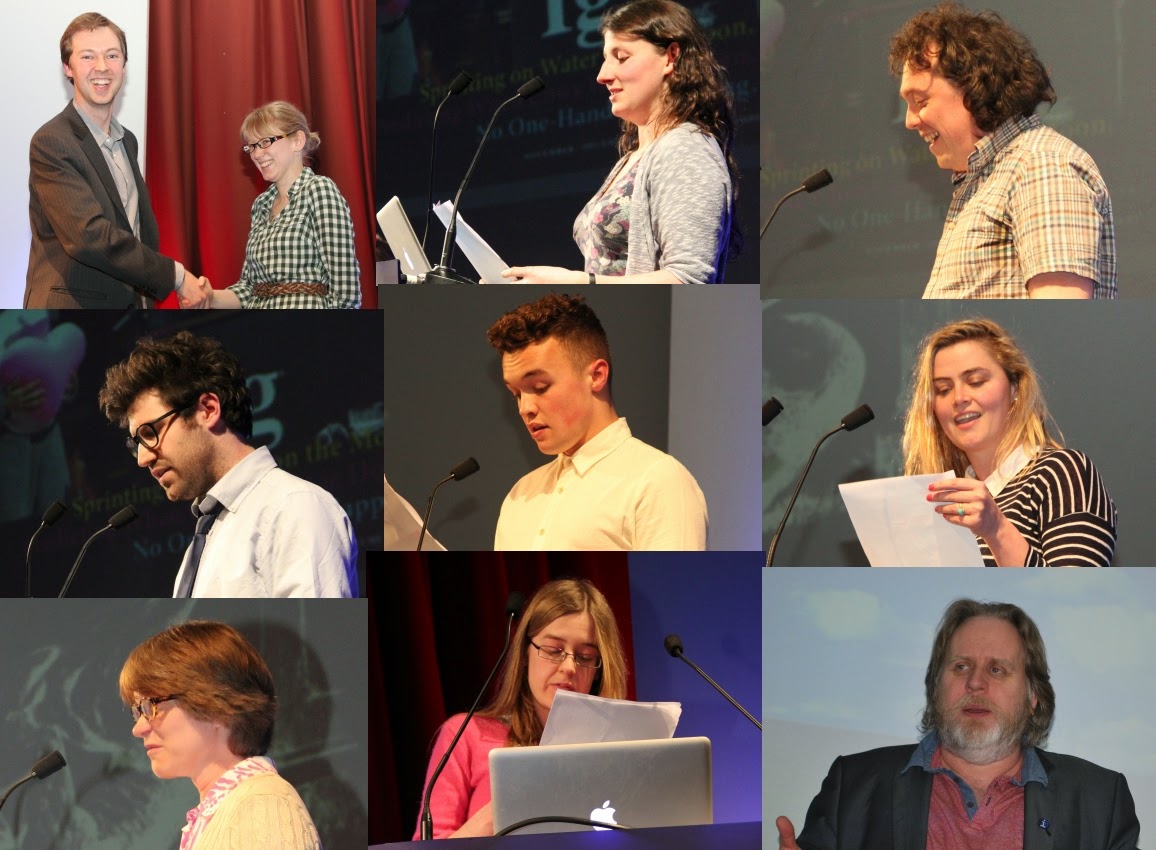 Then came a talk by former Ig Nobel Prize winner Dr Mason Porter on the mathematical modelling of bipolar disorder which, I have to say, may as well have been in Swahili. But it was hugely entertaining and the questions from maths experts in the audience were just as deliciously incomprehensible. 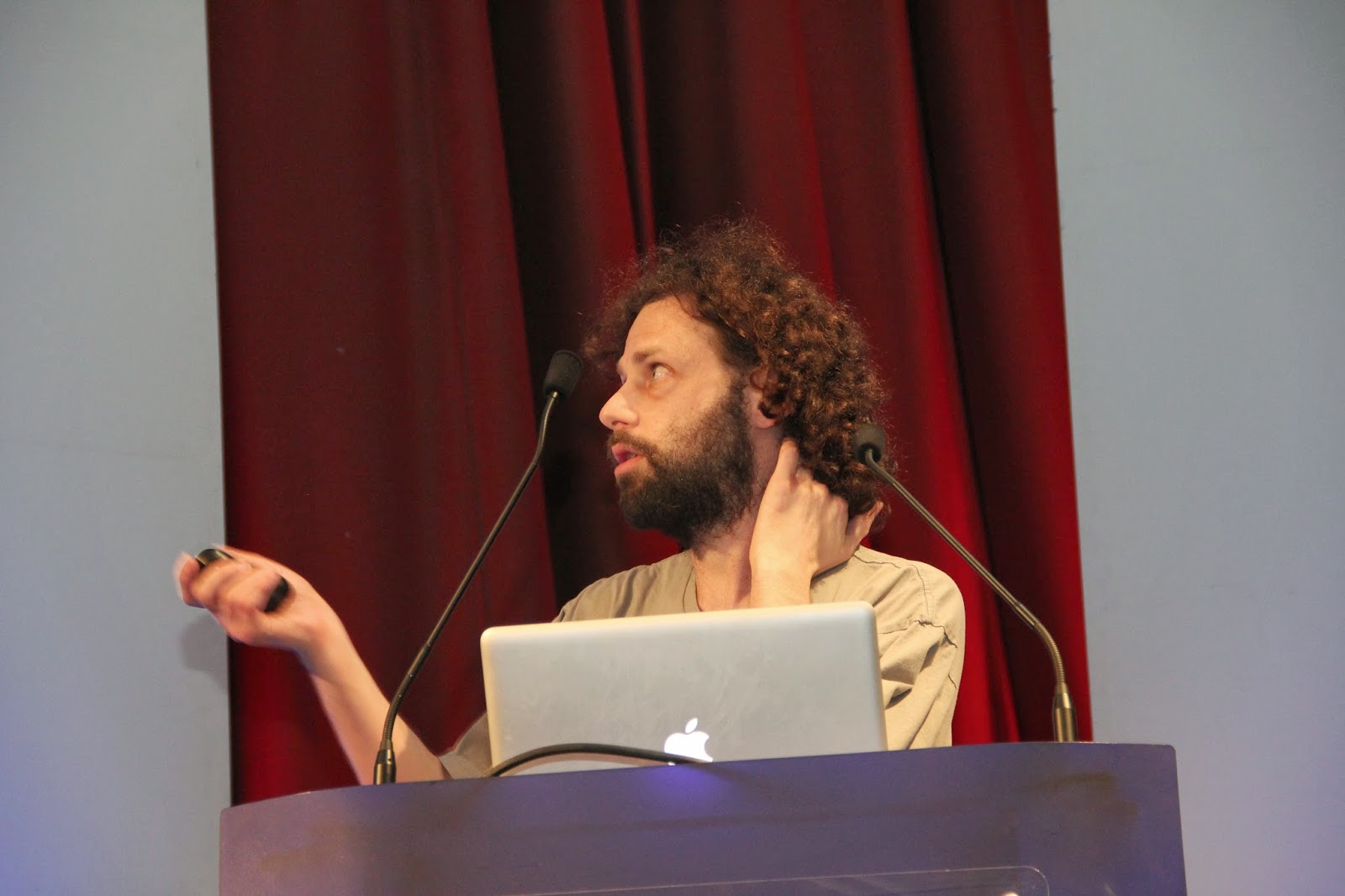 As is traditional, the penultimate part of the Ig Nobels show is a reading from the works of William Topaz McGonagall, considered the worst poet of all time. And once again we were treated to a reading by Professor Andrew George, ex of Imperial College, and now Vice Principal of Brunel University. 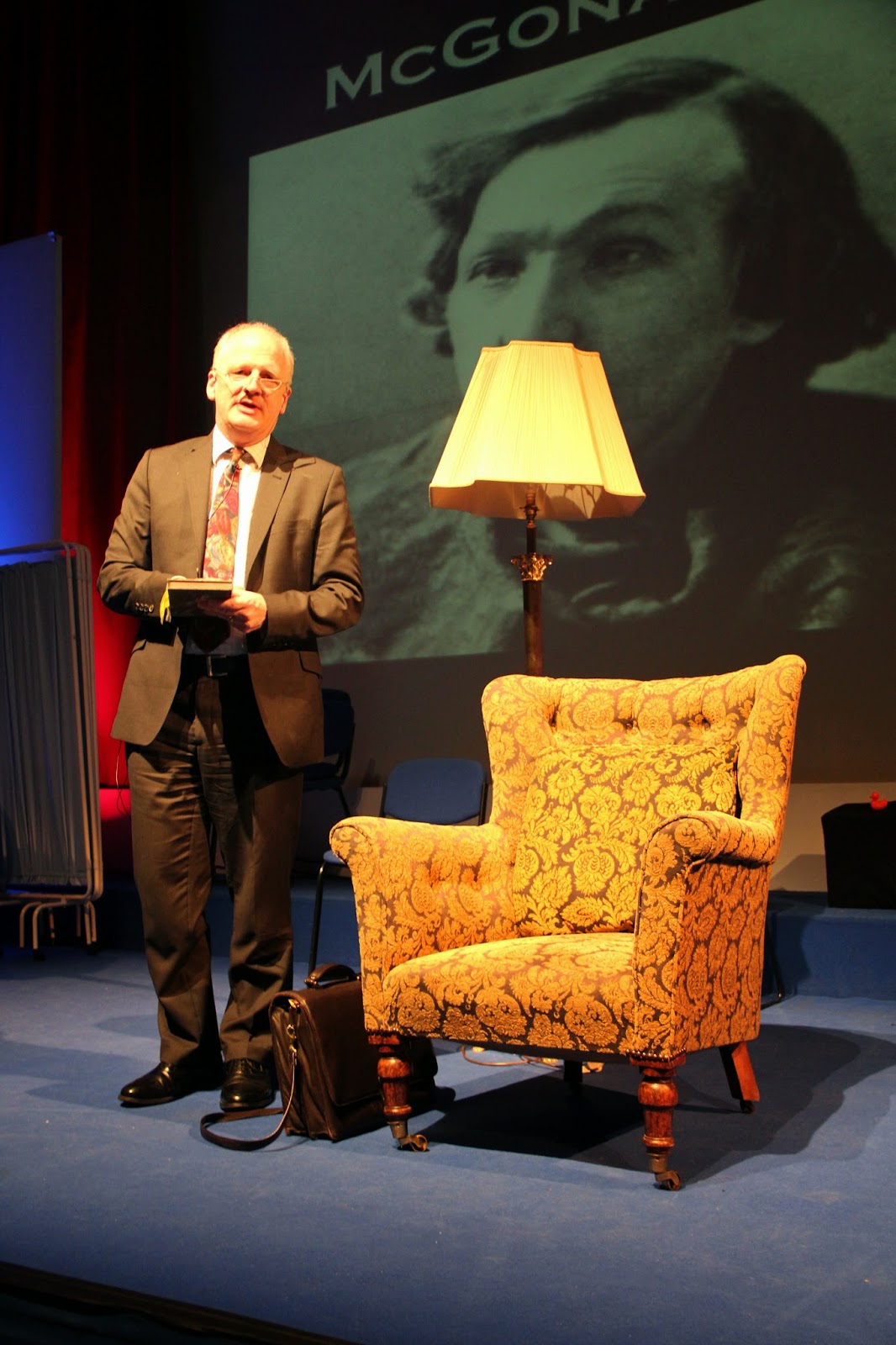 The grand finale of this year's show was a mini opera, brand new and specially written for the Ig Nobels by composer Daniel Gillingwater. It was performed by soprano Sarah Redmond, with the cast of Andrew Walker, Dylan Suddaby, Katie Parsons and Marika Vissor, and music by the Edge Quartet with Shaun Thompson on clarinet. And Dutch biologist Dr Kees Moeliker on duck call. The piece was called ... The Homosexual Necrophiliac Duck Opera.

It was introduced by Kees himself who told the story of how a dead duck and the award of an Ig Nobel changed his life. What he did, in effect, was give us a repeat of his brilliant TED talk, which you can watch here:

The opera was wonderfully funny and, thanks to the wonders of YouTube, you can watch it here on this blog. We did make better, closer recordings and we're going to try to edit them all together to make a definitive version. When that happens, I'll post it here. But here's a pretty good version to be going along with. Oh, and before you watch the opera, do download a copy of Kees' original paper. It's the libretto for the whole 15 minute piece and if you read it in conjunction, the whole thing will make a lot more sense! You can get it here.

When the idea of the opera was first mooted, Kees asked the composer about the creation and scope of his work. Daniel replied: 'I have set it for solo high voice, in this premiere performed by Sarah Redmond (playing your role, as witness and first [and only author]). The gender difference need not be an issue as you are an elegant and willowy specimen, much like Sarah. The scoring also includes clarinet quintet, and a vocal chorus of four – soprano, alto, tenor and bass punctuating the section beginning ‘Rather startled, I watched …’ which is the final vivace section of a pseudo Mozartian aria. The two male singers will also be portraying the mallard ducks in question, through the medium of contemporary dance. A tasteful re-enactment of the duck display, mixing flowing, poetic body movements and extreme sexual violence.' It was at that moment that Kees decided that he wanted to be a part of this great work and therefore offered himself as duck call performer, despite a complete lack of formal training.

The first night of the Ig Nobels was tremendous fun as always, helped along by a spirited audience who enjoyed it immensely. Roll on next year.

I leave you with a pseudo-'selfie' of Kees, Marc, Daniel, Sarah and about half the cast at the aftershow party. We may not get a million tweets on Twitter but I couldn't resist the photo opportunity. 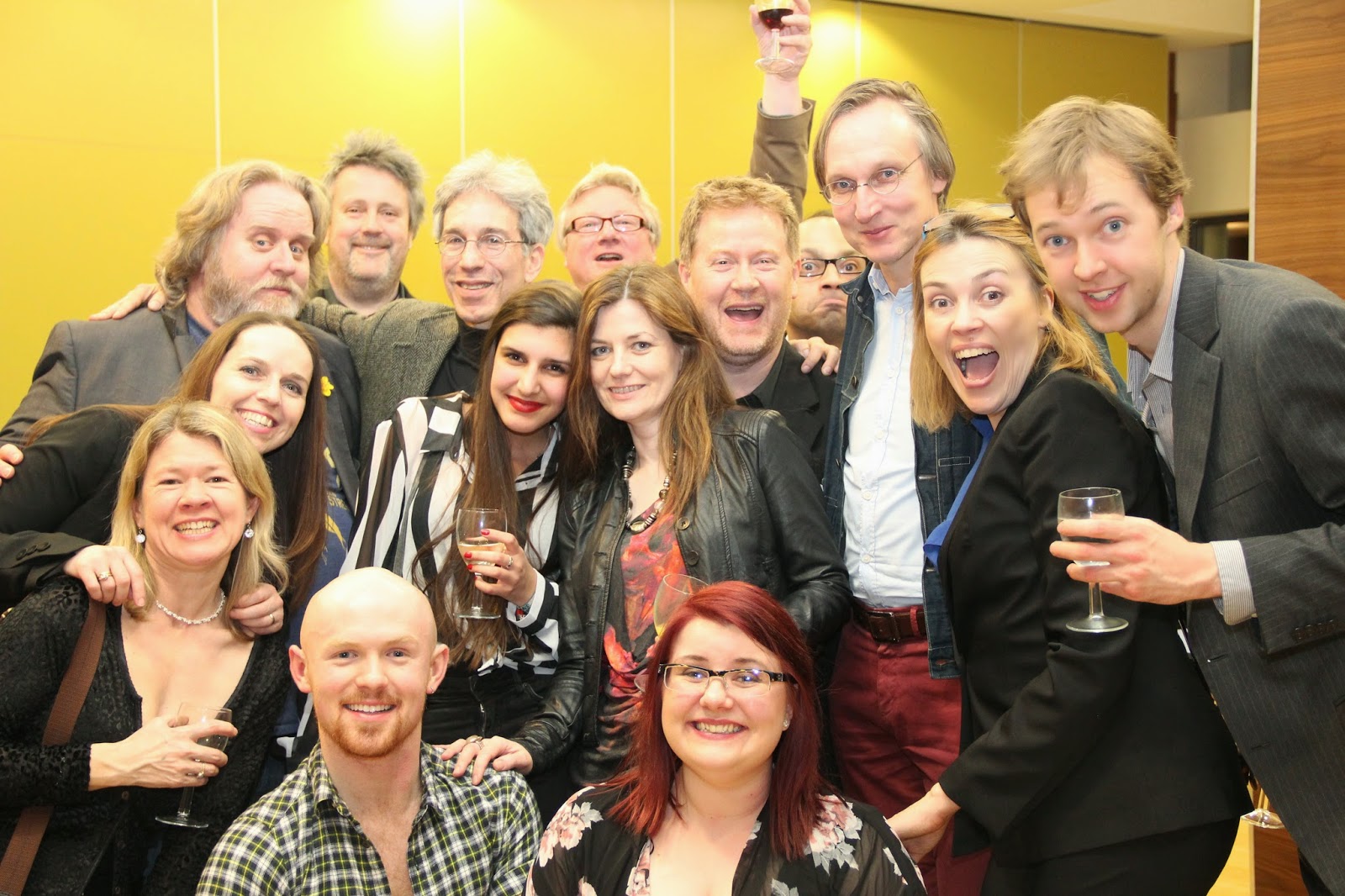 Maybe the show is coming your way? The full schedule of the European tour is here.