Where have all the monsters gone? 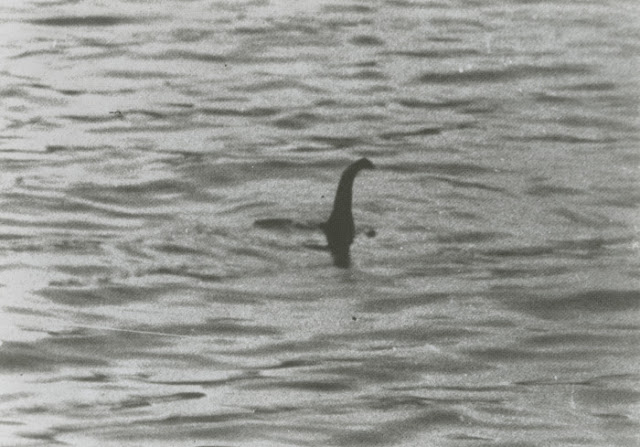 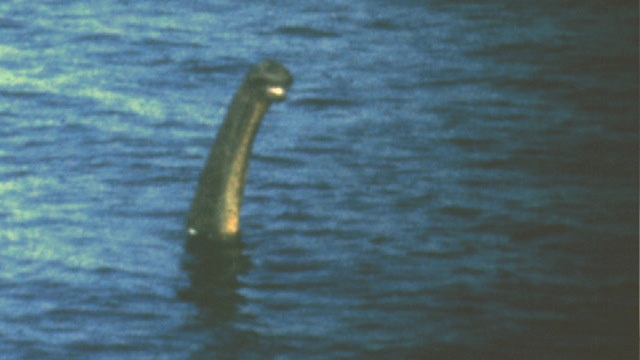 Seen much of Nessie recently? Nope, nor me.

I was lucky enough recently to chat to the extraordinary Colonel John Blashford-Snell, explorer, inventor of white water rafting and Operation Raleigh, and Honorary Life President of the Centre for Fortean Zoology. John has travelled all over the world in search of cryptids and has been successful in finding the fabled Andean double-nosed dog and the almost legendary giant elephants of Bardia, Nepal. He even had a go at finding Nessie a few times, including one using sonar aboard an airship floating slowly over the loch, but he didn't find the monster. We didn't have time to discuss it in any detail and he had no firm conviction as to its existence but it did set me off wondering ... where have all the monsters gone? 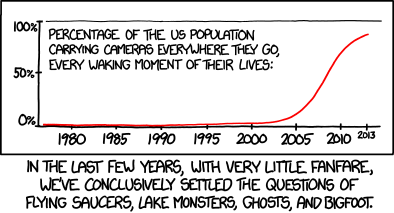 By coincidence, this cartoon panel appeared on the always excellent XKCD webcomic site. And it's true isn't it? Once upon a time there was a proliferation of fuzzy, indistinct photographs of UFOs, lake monsters, ghosts, yetis, sasquatches and bigfeet, and bug-eyed greys. And you can understand why; cameras were awkward, bulky. You had to load film into them and set f-stops and shutter speeds. And you had to focus the damn thing. It's amazing anyone ever got a photo at all. But, these days, we nearly all have point and click, autofocussing hi-resolution digital cameras and we all carry them around with us. They're even built into our phones, laptops and tablets. So there should be hundreds of new Nessie photos every year. And that's not counting CCTV, webcams and satellites photographing every inch of the loch from space. If Google Earth can get pics of Loch Ness like this ...

... pics so close that you can actually see the ripples on the surface ... 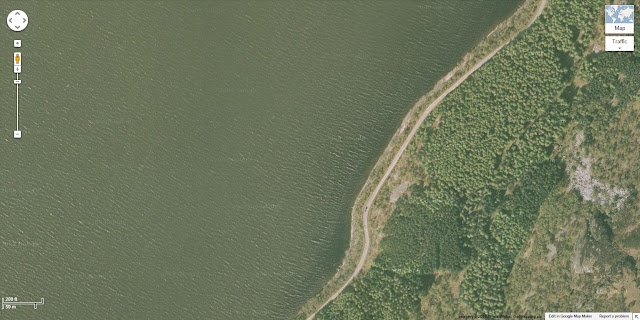 ... why can't it capture a dirty great monster? Or monsters. After all, it's unlikely that Nessie, if she exists, is a lone example of her species. There must be a breeding population of these things.

The oldest possible 'sighting' of Nessie goes back to St Columba in 565CE who went out on the loch to admonish a 'water beast' that had killed a fisherman. Even assuming there was only a breeding pair there at the time, you'd have a pretty sizeable population by now, some 1,400+ years later. And even if that population had been denuded by pollution or changes in environment, those changes have happened only in the last 300 years, so the loch should have been swarming with the wee buggers in the centuries beforehand. To add to the weight of evidence against, we must also take into account that the most common theory about Nessie is that she's a 'living fossil'; a plesiosaur or some other long-necked animal that we only know of through the fossil record. As far as we know, the last of the plesiosaurs died out, along with their cousins the dinosaurs and pterosaurs, during the K-Pg Extinction Event. So, if a few survived and bred, they've had 65 million years to breed and multiply. Wouldn't the loch be teeming with them now? And surely they would have spread out? Loch Ness does connect to the sea and there's lots more food out there than there is in the loch. 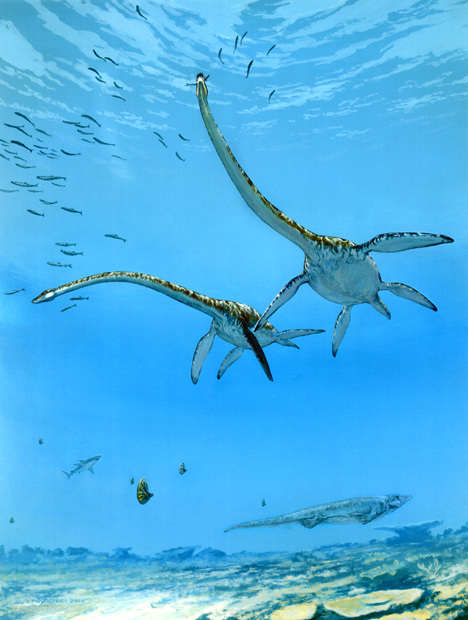 Now, I realise that some people will point to the coelacanth, a bony-limbed fish that we believed extinct for 65 million years that turned up, alive and well, in 1938 and say, 'Aha!' But the coelacanth is a deep water fish whereas the sea reptiles were air breathers like whales and seals and had to keep returning to the surface. Surely there would be more than just a few odd, poorly described or recorded sightings?

Nope, the sad fact is that much as I desperately want there to be living prehistoric animals, all the evidence - or lack of it - amounts to a big fat nothing. Even with brilliant photoshoppers out there, no good photos - allegedly real or outright fake - have turned up in ages. And it's not as if the public's interest has waned - you only have to look at the press response to James May's Skegness monster hoax in 2012 to see that.

But let's not give up hope eh? We're discovering new species every year, some that we'd thought long extinct. Who knows what may turn up? Sadly, I doubt it'll be a plesiosaur. It's more likely to be something small-ish like the recently discovered Lord Howe's Stick Insect, one of the largest insects on the planet and believed extinct since 1930 ... until a small population turned up in 2001 living under a single shrub on the small islet of Ball's Pyramid, the world's tallest and most isolated sea stack.

Now, don't get me started on UFOs and little green men ...
Posted by Stevyn Colgan at 11:52