A new dinosaur has been discovered in South Africa that is quite tiny and quite odd. In a report published yesterday in the online journal ZooKeys, Paul C. Sereno, a palaeontologist at the University of Chicago and a dinosaur specialist, described the strange anatomy of the newfound member of the heterodontosaur family and gave the new species the name Pegomastax africanus, or “thick jaw from Africa.” He also apologised in an interview for not getting around sooner to this piece of research. The rock containing the fossil was original found in the 1960s.

Embedded in the rock were remains of a creature with a short parrotlike beak, one-inch jaws, sharp teeth and a skull no less than three inches long. The entire body was less than two feet in length and probably weighed less than a small house cat. 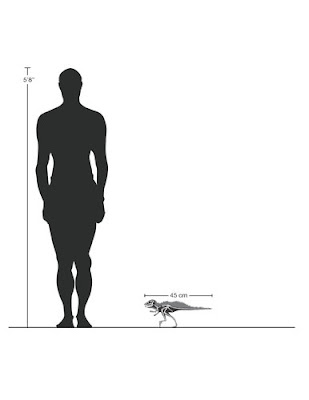 Pegomastax is a species of Heterodontosaur, early ancestors of the larger, more familiar dinosaurs that came later.