The World's Most Improbable Event

Yesterday afternoon I took part in The World's Most Improbable Event at the Conway Hall in London. The event was part of the book launch and tour for Marc Abrahams' new book This is Improbable. Here's Marc explaining it:

But it was also a great excuse to meet up with some wonderful people and to read some extraordinary 'science that makes you laugh, then think'. Contained among the research papers we all read from were such subjects as skipping in undergraduates, the palatability of tadpoles, the effect on sleepers of sonic booms, mosquito attraction to Limburger cheese (and cheesy feet) and emergency bras. These were all real papers that had won an Ig Nobel Prize. Here's Stephen Fry and an Ig Nobel laureate explaining the 'Igs' on Series 9 of QI:

Marc began by explaining the Ig Nobels and by selecting two members of the audience to be timekeeper and gong person; they would ensure that none of us speakers went over two minutes ... 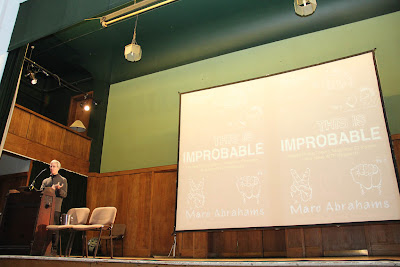 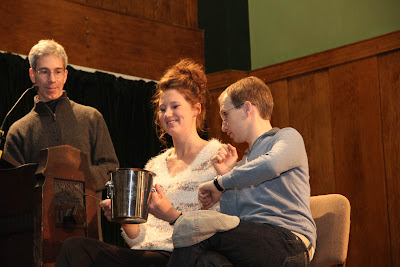 Then on came the speakers, one by one ... 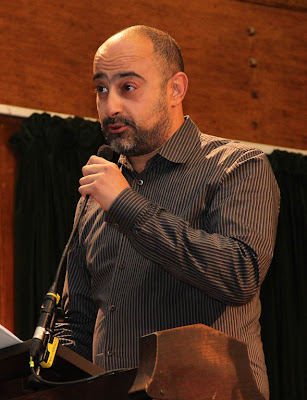 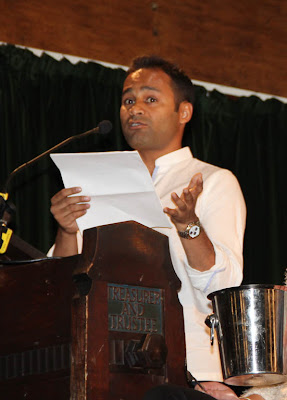 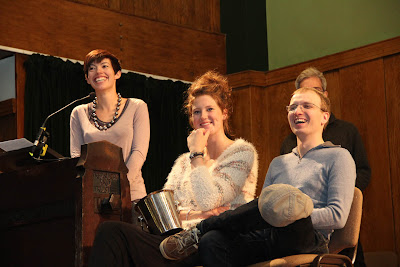 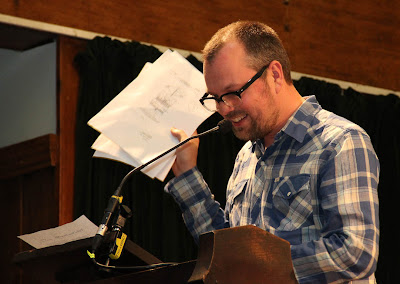 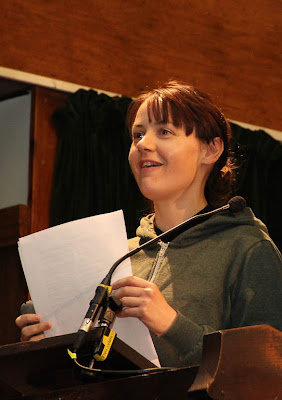 Comedian and writer/presenter of Radio 4's It is Rocket Science! Helen Keen ... 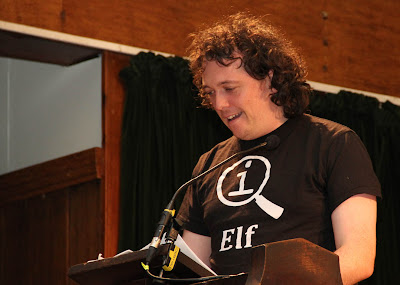 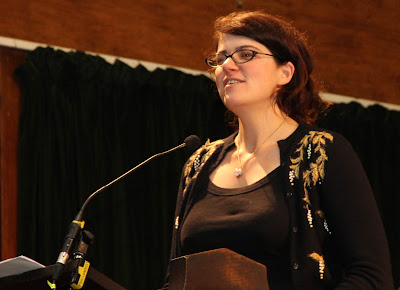 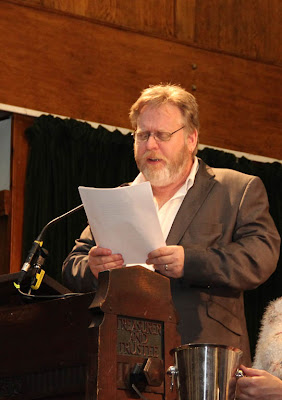 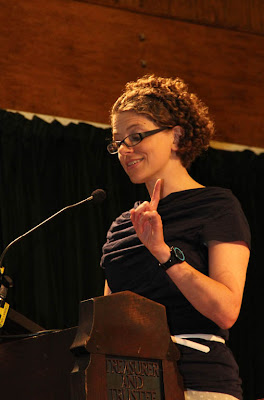 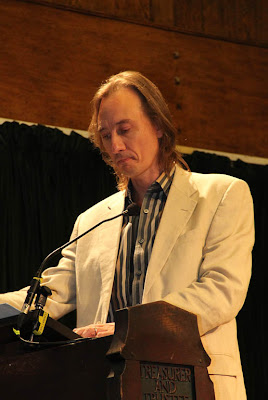 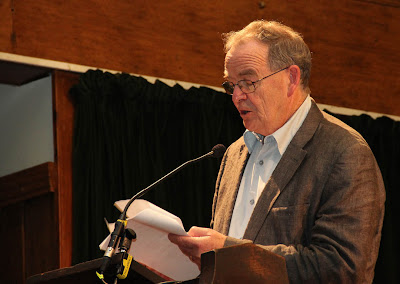 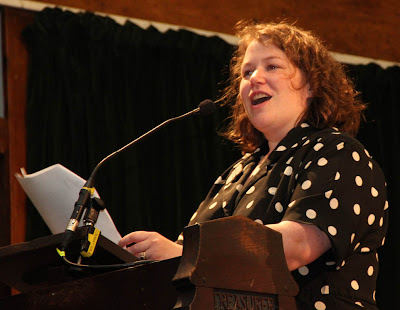 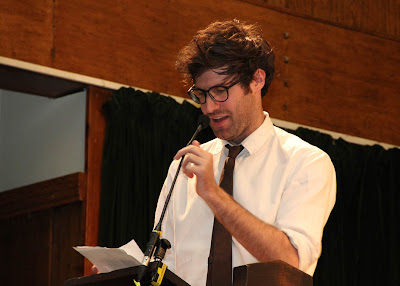 Co-creator of The Museum of Curiosity and comedian Dan Schreiber ... 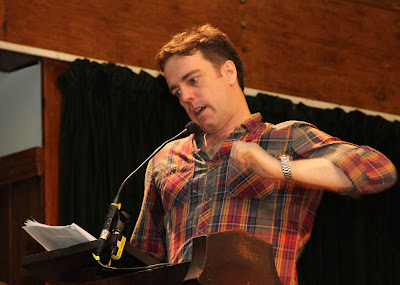 Comedian and contributor to the Atheists' Guide to Christmas, Nick Doody ... 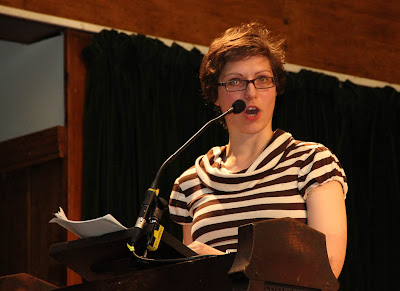 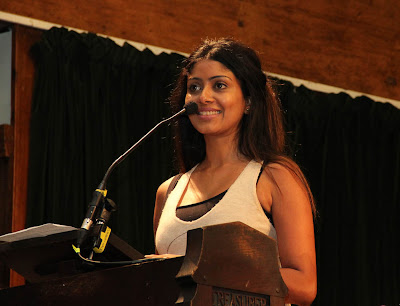 ... and biologist, writer and broadcaster Dr Aarathi Prasad.
Marc then wrapped up the day with the now traditional spirited audience reading of some horrible poetry by William McGonagal. 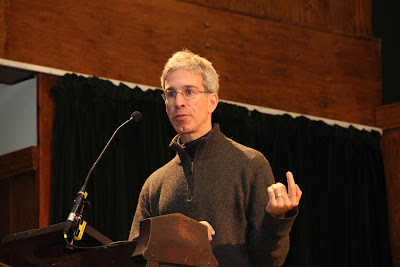 A very funny show that I was proud to be a part of. And now it's on the move with shows in Edinburgh (2nd October, The Jam House), Cambridge (3rd October, Mill Lane Lecture Rooms), Bristol (October 4th, @Bristol) and Oxford (October 5th, Mathematical Institute, 24-29 St Giles St). There will be different readers, of course, but it will be just as entertaining as the London event.
And buy Marc's book!
Posted by Stevyn Colgan at 10:29