Yesterday was an interesting day. It began at BBC Radio 4 and my appearance on the Saturday Live magazine show with the Reverend Richard Coles and Anita Anand and guest star Richard Osman of Pointless fame. 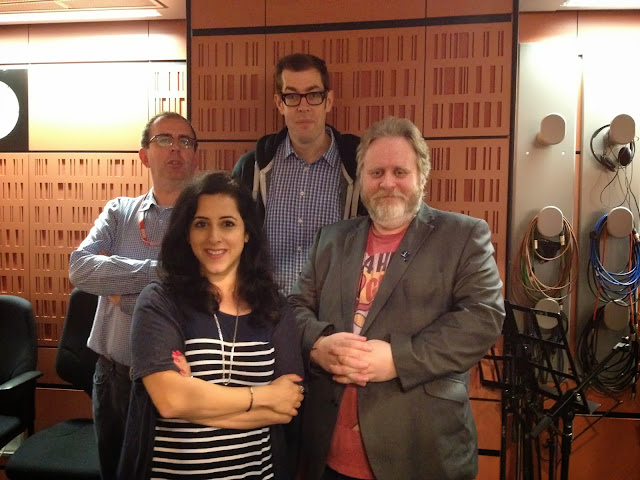 Great fun and lovely people. We discussed quizzes, Cornwall, policing and the curious subject of cows having regional accents, among other things. You can listen to the show or download it as a podcast here.

I then mooched around some bookshops and was delighted to see that the Connectoscope has started to appear on the shelves. I don't think I'll ever not be thrilled by seeing one of my books in the shops. 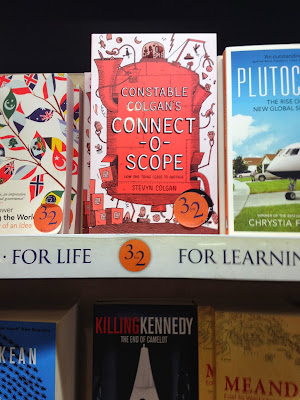 Then it was on to North East London and a video shoot for the new single by Emperor Yes. I've known the lads - multi-instrumentalists Ash Gardner and Hugo Sheppard and Three Trapped Tigers drummer, the mighty Adam Betts - for a few years. Their videos are always innovative and slightly bonkers, usually involving mad costumes, animation and nods to favourite film genres. Here, for example, are their videos for Wasps and Cosmos:

I won't issue any spoilers about the new video other than to say it centres around an apocalyptic party and some curious men in costumes. My role is the mysterious 'Straws Guy'. Intriguing, eh? I'll link to the video when it's released but, in the meantime, here are a few teaser photos from the shoot (apologies for poor quality - phone camera in low light) ... 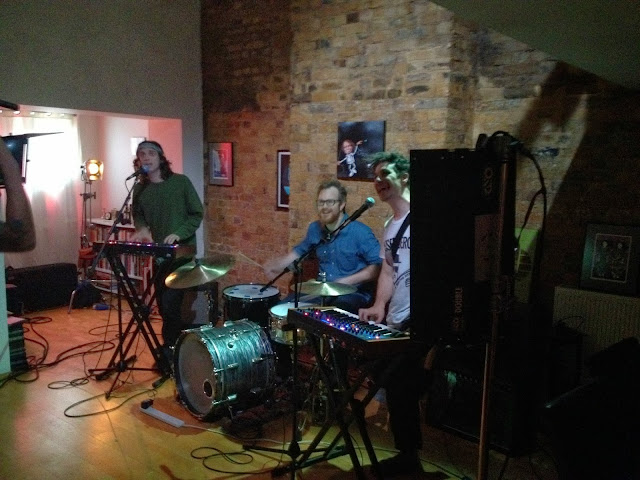 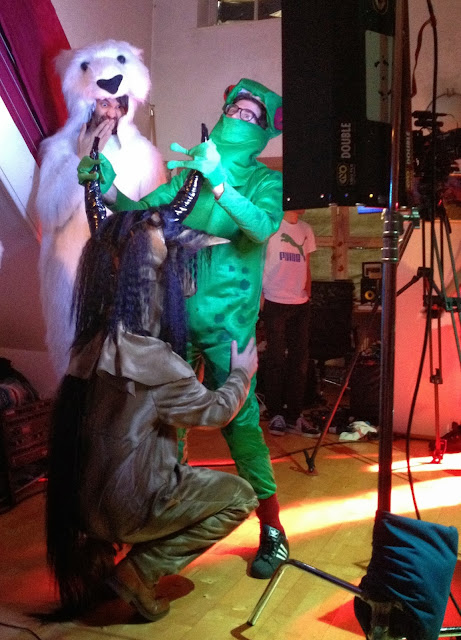 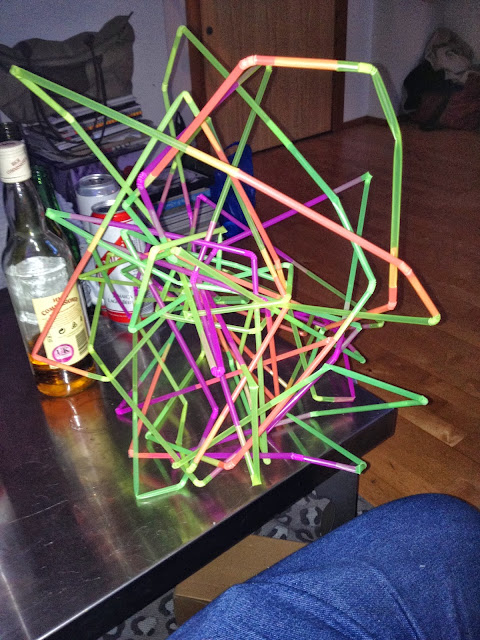 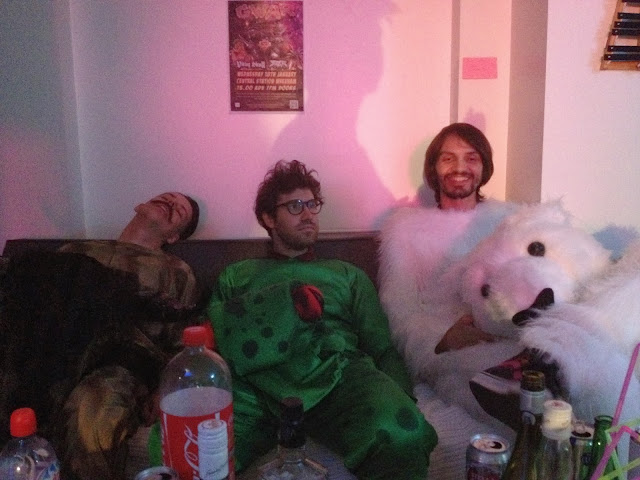 Under the costumes you might recognise Museum of Curiosity producer Dan Schreiber (frog) and magician Pete Heat (polar bear). You might also, if you're a regular to this blog, spot my Carl Sagan cartoon behind the band: 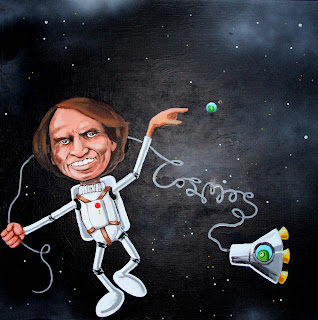