It's not often I can say: 'I was at Buckingham Place this morning when ...' but this morning I could. I was at a private view of two new exhibitions that open to the public shortly in the Queen's Gallery.

The first is Castiglione: Lost Genius, the first ever major exhibition of Giovanni Benedetto Castiglione's work in the UK. The title of the exhibition is apt; Castiglione (1609-1664) was a brilliant draughtsman and there are 90 of his oil sketches and prints on display, many of them painted in coloured oil directly onto the paper without pencil or charcoal guidelines or preparatory drawings. Several of the pieces are mounted in such a way that you can see front and back of the paper and the bleed through. 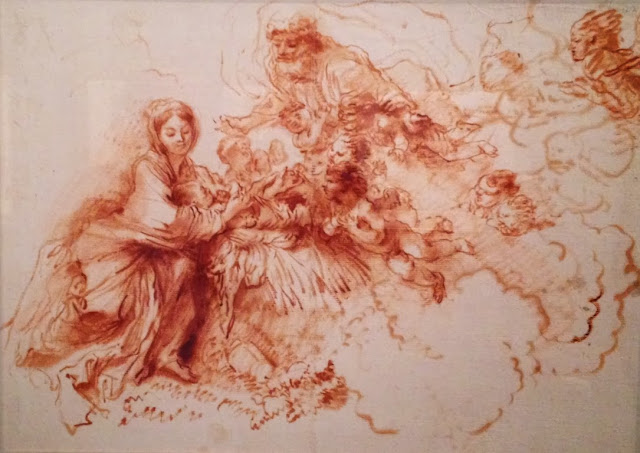 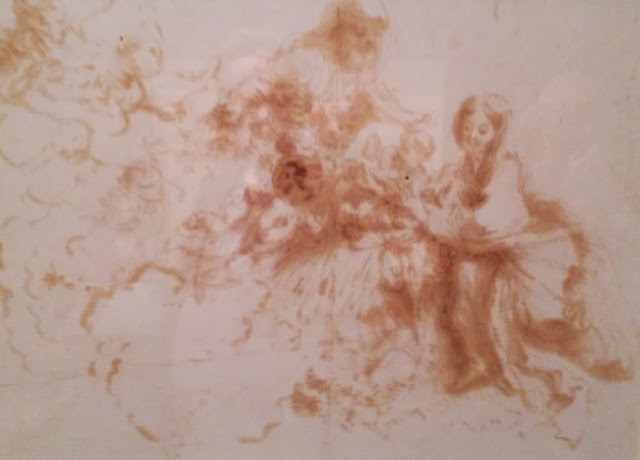 Castiglione had a somewhat turbulent and violent life - mostly of his own making it seems - which may be why he's been almost written out of art history. He even looks cross in his own self-portrait: 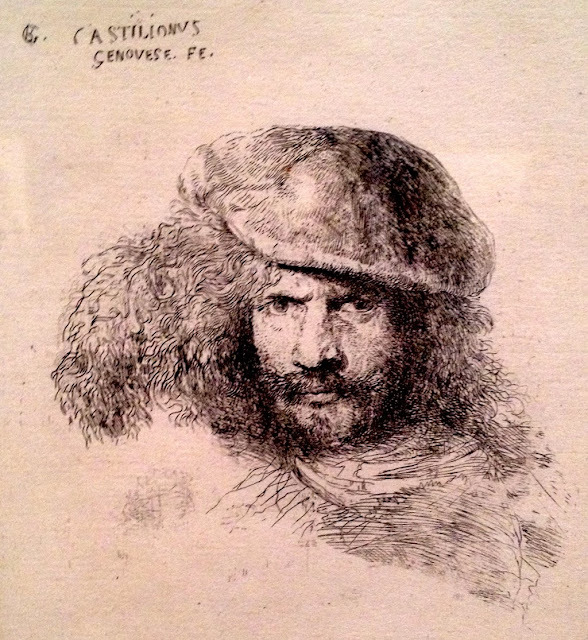 He was also something of an innovator and can be credited with the invention of the monotype; a printing technique that, as the name suggests, produces a single good print. Any subsequent copies are inferior or 'ghost' copies. There are several of his monotypes on display in the gallery.

We were given a rather splendid and informative walkthrough by senior curator Martin Clayton whose knowledge and passion brought the man to life. Then it was time for tea and pastries before looking at the second exhibition. 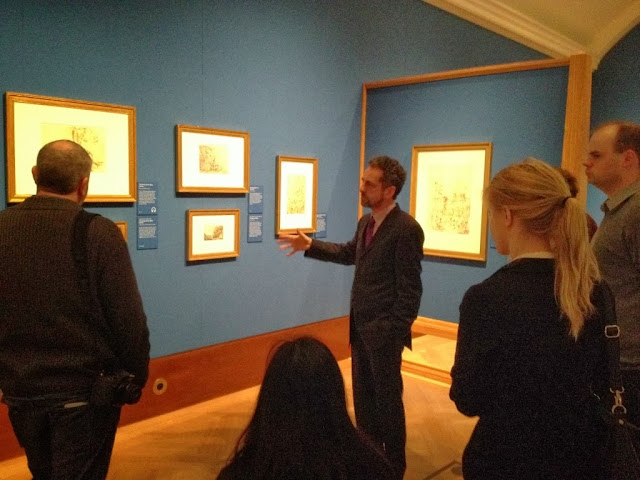 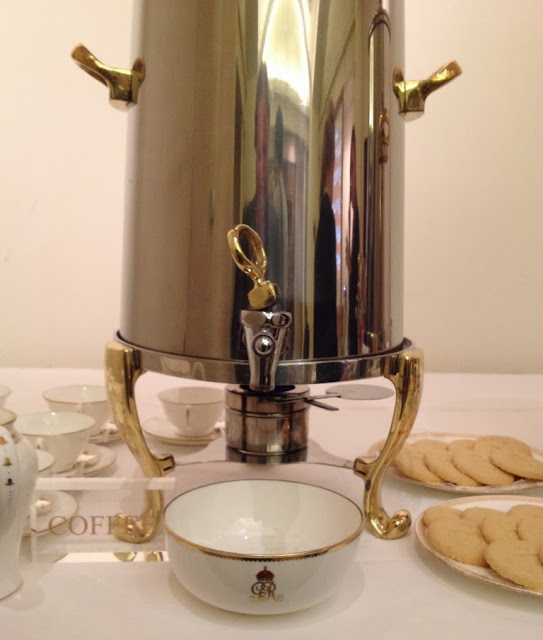 The second exhibition - and very much the one that floated my boat - is called Gifted and consists of more than 100 original works on paper, gifted from the Royal Academy of Art to the Queen for the Golden Jubilee. The exhibition boasts work by Tracey Emin, John Hoyland, Humphrey Ocean, Dvid Hockney, Anish Kapoor, Grayson Perry, Chris Orr, Zaha Hadid, Gillian Ayres, Lord Foster and many, many more. And none of them have ever been seen by the public before. It's a delicious treasure-trove of 20th century art. 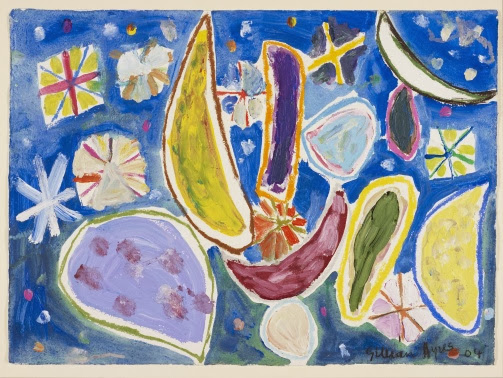 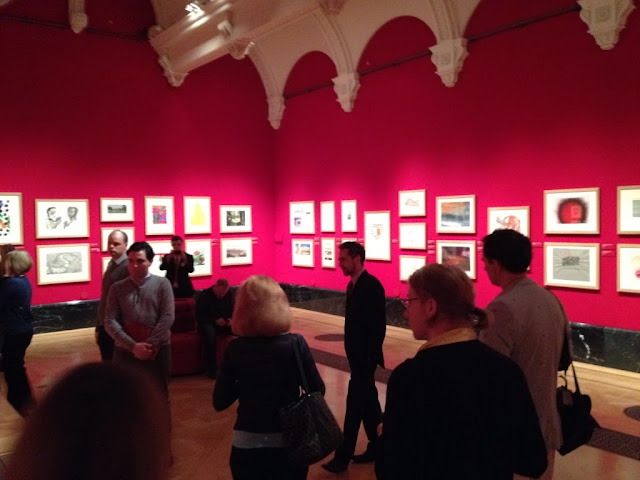 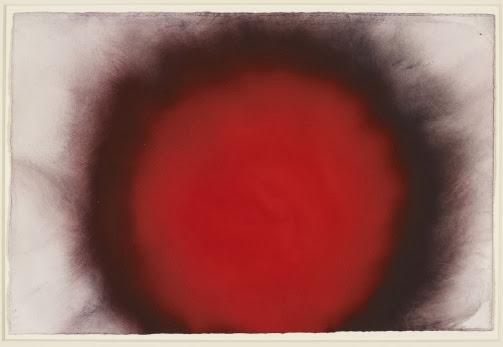 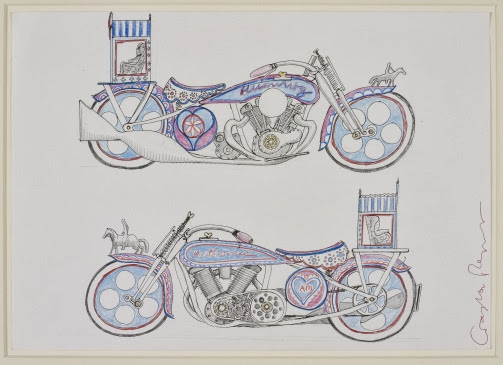 Do go and have a look if you're in London. The exhibitions open tomorrow, November 1st and run until 16th March 2014.

Full details here (Castiglione: Lost Genius) or here (Gifted). One ticket covers both exhibitions (they're housed in different rooms of the same gallery) and there's stuff for the kids too with printmaking and iPad art to create in a resources room.
Posted by Stevyn Colgan at 23:14