Sharpe to the end

This week we say goodbye to Tom Sharpe, one of my heroes. 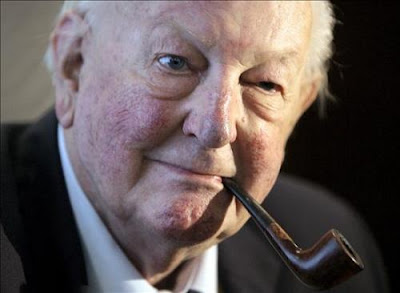 When I was just starting out as a writer, three authors dominated my bookcase: Douglas Adams, P G Wodehouse and Tom Sharpe. Douglas was the man with the glorious leftfield ideas. 'Plum' was the chap with the brilliantly imagined characters and delicious similes. And Tom provided the biting satire and the explosive slapstick. But what they all had in common was the language; the brilliant metaphors, the incisive wit, the staggering put-downs. It's probably why none of them have ever really seen a properly good TV or film adaptation; you lose so much by no longer hearing the author's voice. How do you translate Wodehouse gems like 'The puzzled frown that had begun to gather on Lord Emsworth’s forehead vanished like breath off a razor blade' to a TV screen? You can't. How do turn an Adams line like 'He felt that his whole life was some kind of dream and he sometimes wondered whose it was and whether they were enjoying it' into scripted dialogue? Well, you can but it loses some of its impact by being vocalised. And it's the same with Tom Sharpe. His characters have such perfect inner monologues; they capture the essence of the character and tell us so much more about them than we could glean from their physical appearance and what they do and say (there's a great little Telegraph feature here with 10 great Sharpe quotes). His greatest creation, hen-pecked lecturer Henry Wilt is a case in point. So much of the humour comes from hearing Wilt's thoughts. You can't easily do that on film (watch David Lynch's Dune as a case in point). Which is why you end up with a film like Wilt (1989) that, frankly, time has forgotten and probably for the best. The BBC did a better job by bringing Blott on the Landscape to life in 1985. But best of the bunch was Channel 4's 1987 adaptation of Porterhouse Blue. Both it and Blott enjoyed excellent screenplays by Malcolm Bradbury but they still couldn't match the original prose. Some things simply don't translate between media. 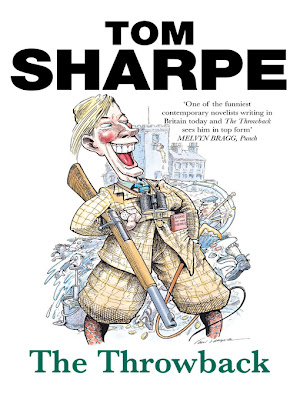 Tom Sharpe lifted my spirits when I was a young police officer. Between outbreaks of violence, I read his books as I sat on a 'Green Goddess' riot coach waiting for the call to grab a shield and deploy. My first introduction was his South African books Riotous Assembly and Indecent Exposure. But it was The Throwback that really hooked me and reeled me in. The book tells the tale of Lockhart Flawse; raised by his grandfather in a crumbling, remote, Northumberland manor house, and unleashed on a world he doesn't understand on a quest to find his father and 'whip him to within an inch of his life' for abandoning his mother. It's a search that involves, among other things, faking an IRA bombing, a bull terrier going mad after a dose of LSD, and a man being stuffed by a taxidermist. It's hilarious and brilliantly written.

I never got to meet him but I did have the same agent and, as the result, I'm privileged to own a couple of signed first editions. I've read and re-read and re-re-read everything Tom Sharpe every wrote and I'm sad to think that there will be no more.
Posted by Stevyn Colgan at 13:29