I was watching Beetlejuice for the umpteenth time yesterday evening ... but noticed something I hadn't noticed before. In the 'carousel' scene towards the end, I spotted the fact that Michael Keaton's headpiece is covered with Batman logos (If you already know this then just play along and humour an old man). I'd always spotted the bat wings on the neck and assumed it was a little joke at Keaton's expense - Beetlejuice was made in 1988 and Batman in 1989 so I guess the casting decision had already been made during Beetlejuice.

Anyway, here's a still - look closely at the rim around the 'roof' part: 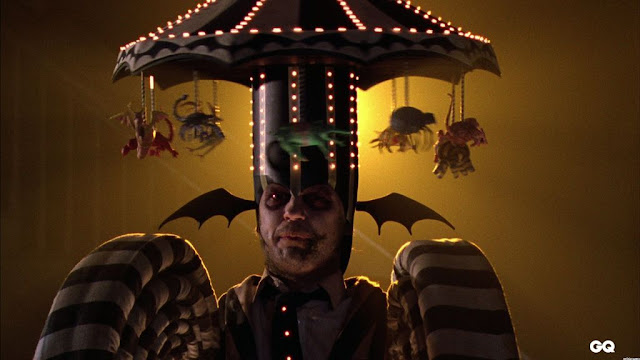