Snow - the other four letter word

I didn't grow up with snow. It just didn't happen in Cornwall. Too mild. We had frosts and an occasional light dusting on the palm trees growing in our garden but that was it. The first snow I ever remember seeing was in 1976 or 1977 - I forget which - and it was cold and white and slippery and pretty annoying as it stopped me from going anywhere. My childhood was 'joy of snow' free. But we still enjoyed yomping on the beach with the Winter sun glaring in our eyes and an icy wind coming in off the sea that made my teeth ache. 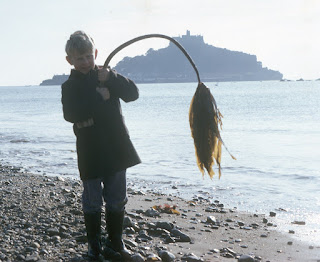 Then in 1980, when I was 18, I moved to London and became a cop. It snowed every Winter in London. Trust me, being a cop in snow is no fun. Firstly, you have to get to work no matter how bad it is. What I'd end up doing is getting my uniform on at home and trudging the three miles to the station. Along the way I'd be reporting car accidents, helping people stuck in drifts, calling ambulances for people who'd slipped and fallen ... and all the time I'd be getting colder and wetter and more fed up.

So maybe it's no surprise that I'm the Scrooge of snow, the curmudgeon of white powder. I detest the stuff. And things haven't got any better since I moved to South Buckinghamshire on the Chiltern Hills. I'm up high on one such hill and, every year, that means several days when the world comes to a complete standstill. There's no way of getting my car out of my road or anywhere near a main road where they might have gritted. I'm snowed in. Today is just such a day.

It would actually be quite a nice thing to be snowed in if it wasn't for other people. I walked down to the village shops earlier today, before the snow, because I fancied some Dundee cake and some fresh air. The little Co-Op store looked like it was under siege. People were piling up their baskets with milk and bread and eggs. The vegetable shelves were nearly bare. The queues for the checkouts were Disneyland long. What is wrong with people? You'd think a Zombie Apocalypse had been announced on Breakfast Time. Of course, the TV news people had ramped up the 'oncoming chaos' nicely as they always do. But, let's face it, all we're looking at here is maybe 3-4 days of disruption? How much bread can you possibly eat in that time? 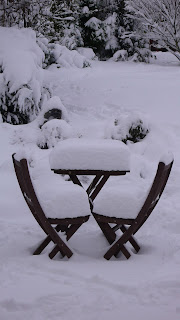 As for the disruption itself, yes it's a pain for people who have to get to work or for parents who have to make provisions for kids sent home from school. So, almost immediately, out come the trolls to whine about the lack of snowploughs and gritted roads. But, invariably, these are the very same people who'd rage and rant if the local council spent half a million on two snowploughs that were only used for three days a year. Even worse are the 'Call that snow? You should live in Canada!' types who, in the grand tradition of Monty Python's Yorkshiremen belittle our feeble snowfall. Well, you're right, Smartarses. Our snow is crap compared to Canada and Scandinavia and Russia and fecking Pluto but places that have lots of snow are prepared for it. Everyone owns a giant shovel and a 4x4 and snow tyres and chains and a lumberjack hat. Snow is so infrequent here - especially in the South - that most of us don't bother investing in kit that will simply rot in our garages and sheds for 360 days of the year or, as in the case of my Wellies, be eaten by mice.

So enjoy your snow, those of you who like it. It's very pretty. As for the rest of you, stop moaning about our lack of preparedness - we're never going to change - and go make a snowman instead. I hate snow but I can wait the bastard out. And as I do, I'll stay in the warm and dry and watch my neighbours falling over and slippy-sliding outside. I'll have a real fire blazing in the hearth, roast pork in the oven and a hot cup of tea in my hand.

I may be an old misery when it comes to snow but I won't be miserable I assure you.
Posted by Stevyn Colgan at 01:22

Email ThisBlogThis!Share to TwitterShare to FacebookShare to Pinterest
Labels: snow