Unlucky for some - but only if you pay it any attention

Welcome to Friday the 13th. But, really, don’t worry about it.

Superstitions about both Friday and the number 13 are quite old and quite Western. There are reasons - mostly relating to the Catholic church - why this is so. But really, in the enlightened 21st century, it's a nonsense to be in the thrall of such things. Friday is just a day. Thirteen is just a number. If bad luck was a real and tangible force like gravity or radiation then it would be universal. But it isn't. In Spain, it's Tuesday the 13th that's unlucky. And in China, one of the most populated countries on the planet, it's the number 4 that's unlucky. Luck is nothing to do with days and numbers and everything to do with our attitudes (if you want a really good read on the subject, do get hold of a copy of Professor Richard Wiseman's book The Luck Factor).

Besides which, considering the age of the superstitions surrounding Fridays and the number 13 they only seem to have come together relatively recently. It seems that that the idea of Friday the 13th being mega-unlucky appears to be a 19th century invention at best. ‘Ah! But!’ I hear you nerdishly cry' ‘I 'have a friend' who, for some odd reason, thought that The Da Vinci Code was something new and groundbreaking. Didn’t I ... I mean he ... read somewhere that Friday the 13th was the date when the last Grand Master of the Knights Templar, Jacques Demolay, was arrested?’

Unlikely, I'm afraid. According to most scholars, this is another scrambling of history to make it fit some dark and sinister pseudo-history involving the sexy, flavour-of-the-month Knights Templar. While it’s possible that Friday October 13th 1307 was the date of Demolay’s arrest, it’s a very obscure historical event that only really became common knowledge with the publication of Katharine Kurtz’s 1995 book Tales of the Knights Templar. So the two questions I’d ask are:

(1) As historical events were not terribly well documented before the 18th century, is such a precise date likely to be accurate? And (2) Why would such an obscure event have provoked world-wide associations with bad luck? 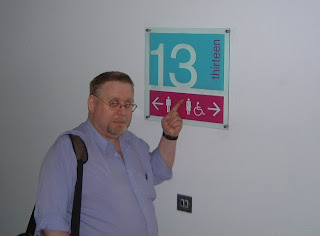 Going back just a century (and a bit) to 1898, Friday the 13th doesn't even get mentioned in E. Cobham Brewer's encyclopaedic Dictionary of Phrase and Fable though ‘Friday, an Unlucky Day’ and ‘Thirteen, Unlucky’ do. The oldest reference for Friday the 13th that I’ve personally found is from Notes and Queries (11th Series, VIII 434) from 1913 where the author describes meeting a coach who ‘dreaded the evil luck of Friday the 13th.’ The urban myth debunking website Snopes couldn't find a Friday the 13th reference prior to 1903. Wikipedia can't get any older than a mention in Henry Sutherland Edwards' 1869 biography of Gioachino Rossini. So, even allowing for the superstition to have been around for a while before being committed to print, it's unlikely to be a very old superstition. The inescapable fact is that Friday the 13th appears to be nothing more sinister or supernatural than a natural welding together of two existing bad luck superstitions.

The technical name for fear of Friday the 13th is the marvellously tongue-twisting Paraskevidekatriaphobia. The man who coined the term, psychotherapist Dr Donald Dossey, reckons that in America alone, there may be as many as 21 million Paraskevidekatriaphobics (Isn’t that a great word?). That’s a staggering 8% of the most powerful nation on Earth who are letting a very old and irrational superstition affect their lives. Mind you, this is a country where, according to a recent poll, nearly four million Americans believe that they’ve been abducted by aliens (Figures based on a Roper Poll conducted between July and September 1991 and published in 1992 by Hopkins, Jacobs, and Westrum).

Dossey, founder of the Stress Management Centre and Phobia Institute in Asheville, North Carolina, states that: ‘It's been estimated that $800 or $900 million is lost in business on this day because people will not fly or do business they would normally do.’* Symptoms range from mild anxiety to full-blown panic attacks. The latter may cause people to reshuffle schedules or miss an entire day's work.

But, if you’re a Brit, don’t get all ‘Holier than thou’ on me. We may not be quite as bad, but we are still prone to a bit of paraskevidekatriaphobic (I just love writing that word) behaviour ourselves. In 1993, the respected British Medical Journal published a report called ‘Is Friday the 13th Bad for Your Health?’ It examined the relationship between traffic volume and the number of vehicle collisions on two different days: Friday the 6th and Friday the 13th. The results showed clearly that although there was less traffic on Friday 13th (fewer people chose to drive their cars), there were significantly more hospitalisations. The report’s conclusion was that: ‘Friday 13th is unlucky for some. The risk of hospital admission as a result of a transport accident may be increased by as much as 52 percent. Staying at home is recommended.’ The conclusions of the report (based on interviews) suggested that people had either driven over-cautiously or with additional bravado to 'prove the superstition wrong'. Either way, if people had driven the same way as they do every other day, there would most likely have been fewer accidents. 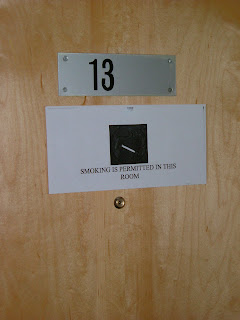 The evidence that links the number 13, Friday, and the combination Friday the 13th to bad luck is spurious at best. Many websites, for example, use the age-old story of Apollo 13's exploding oxygen tank on April the 13th 1970 (a Monday incidentally). No one would have paid any notice if the same thing had happened to Apollo 12 on April the 12th. And let’s not forget that the Apollo 13 astronauts got home safely. Apollo 1, meanwhile, was destroyed by fire on the 27th January 1967, killing all three astronauts aboard. So which was more unlucky? Apollo 1 or Apollo 13?

Sadly, people tend to bend the facts to suit their pretty fables. One I found this morning stated that the Columbia Space Shuttle was unlucky because it launched on 16-01-2003. These numbers added together make … 13. But, of course, that only works if you write the full year. Apply the same rules to the ill-fated Challenger shuttle and the results are quite different i.e. 28-01-1986 = 35.

Oh, and just to amuse you fact collectors out there, and the worrying number of Paraskevidekatriaphobics (Sorry. Last time.), before the introduction of a formalised 24-hour day, people divided their daily lives into thirteen parts: