This is an extraordinary story from last November ... never before seen pictures of Tower Bridge - one of the world's most iconic structures - have been unveiled after a stash of 50 prints were found in a skip (Click on the photos to see larger versions). 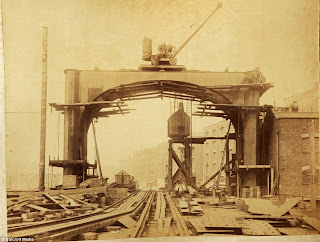 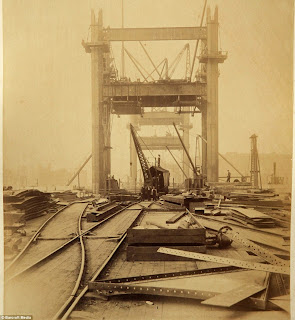 The pictures date back to 1892 and the bridge's steel frame can be seen, looking much like it does in the finale of the first Robert Downey Jnr Sherlock Holmes film. 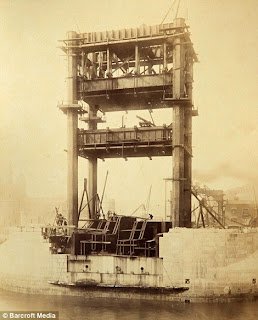 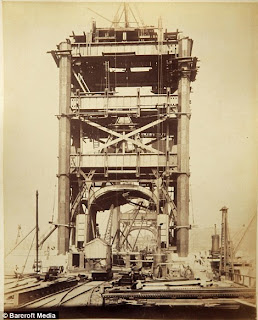 The caretaker of a Westminster office block - who wishes to remain annymous - found the photos in a skip along with other papers relating to the bridge's construction. 'I didn't know what to do with them', he told reporters, 'So I wrapped them in some brown paper and put them in a bag under the bed.’ However, when he mentioned them to his neighbour, City of Westminster tour guide Peter Berthoud, the significance of the find started to emerge. ‘When my neighbour gave me a disk with the images on I just couldn't believe it', said Berthoud. ‘I spent hours going through my books to see if these pictures were already around, but I couldn't see them anywhere - they are totally unique.' 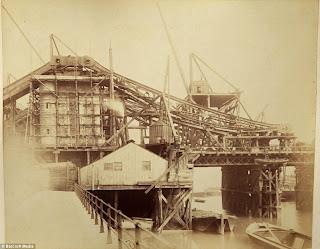 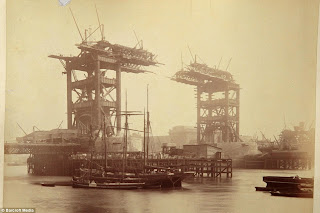 The bridge took eight years to build and, at the time, was a landmark feat of engineering. And it nearly looked very different; the bridge's original architect, Horace Jones, wanted to clad the bridge in brick. However, following his death, he was succeeded as architect by John Wolfe-Barry who decreed that the bridge should be clad in stone 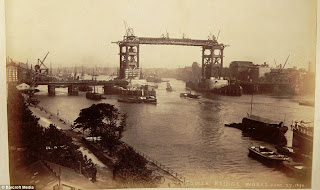 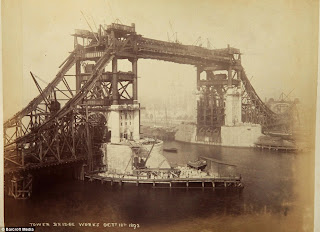 'People are so used to seeing images of the Empire State Building being built' says Berthoud, 'But this is part of British history being created 50 years earlier.’

Thanks to my friend Mark Page for bringing these to my attention.
Posted by Stevyn Colgan at 12:36