The Week That Was

An interesting week that began with Monday's QI production meeting being filmed by The South Bank Show. They're doing a special all about our boss - the estimable Mr John Lloyd CBE - and his extraordinary career in TV. And, let's be honest, it's well-deserved. He's given us The News Quiz, Not The Nine O'clock News, Spitting Image, The Museum of Curiosity, Have I Got News For You, QI, Blackadder and had a hand in Mr Bean and several other well-known shows. He also co-wrote two episodes of The Hitchhiker's Guide To The Galaxy and The Meaning Of Liff with Douglas Adams. The man's a genius and deserves every accolade lobbed at him. 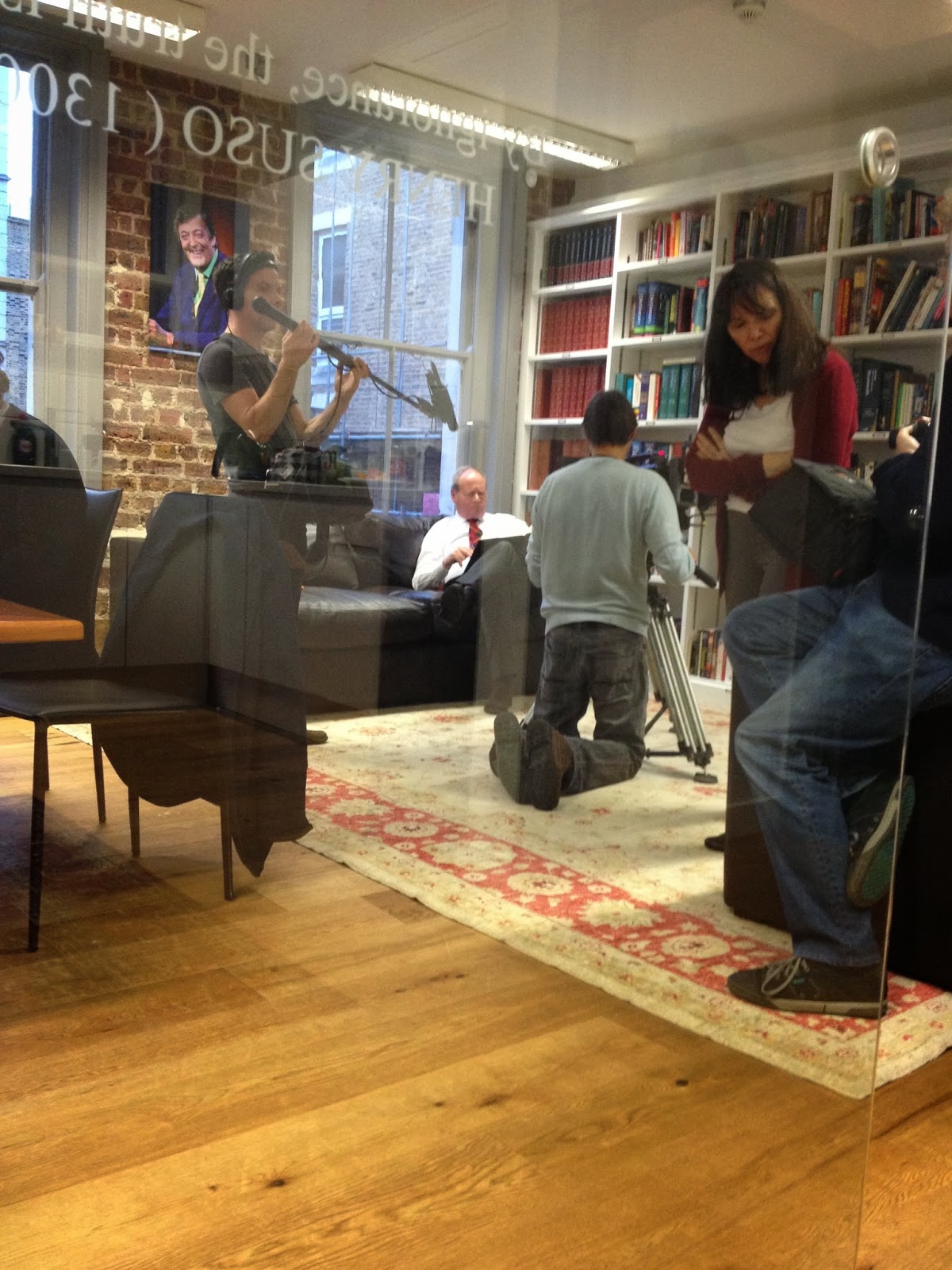 Tuesday was a working at home day, hunkering down on finding great material for the new series of QI and Wednesday was much the same. Thursday saw me having a couple of quite exciting meetings, one about my possible involvement in working for another popular TV series and one with a publisher about a new book. Then, in the evening, it was off to the famous Foyles bookshop in Charing Cross Road for the Transmission Prize award ceremony.

I was one of the judges this year - no mean feat when every candidate was an amazing person - and my role at the awards was to do a 15 minute presentation explaining who the eight finalists were, what their big idea was, and why we'd selected them for our shortlist. The prize was awarded this year to Dr David Nutt, a brave and brilliant chemist who is challenging politicians over their attitudes to classifications of drugs. As he points out, some of the most damaging drugs are perfectly legal and there are things that can be done to reduce their negative effects on society ... but there is a lack of political will to do so. Meanwhile, other drugs remain illegal making research into their possible uses in medicine fraught with difficulty and bound up with red tape.The Transmission Prize is all about taking big ideas and communicating them effectively and, in his books, interviews, talks, blogs and other media, David speaks with passion, authority and clarity. He was a worthy winner, but picking him out of such a brilliant shortlist was really difficult.

Okay, I admit it. I did enjoy a little ripple of thrills in seeing my name in Foyles' window. It may not have been any of my books on display, but I was judging the winner from the books that were on display ... so that's nearly as cool, isn't it? 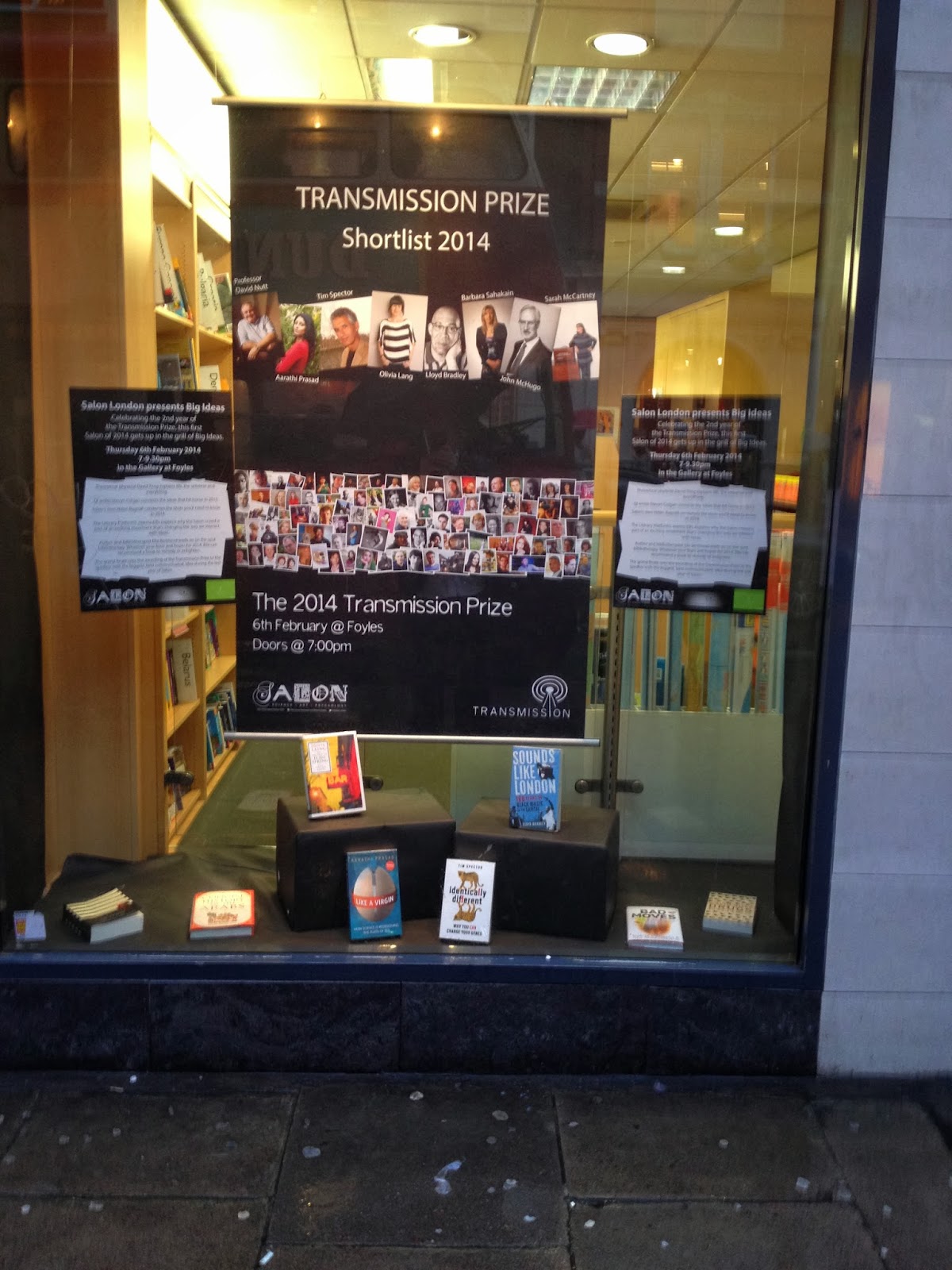 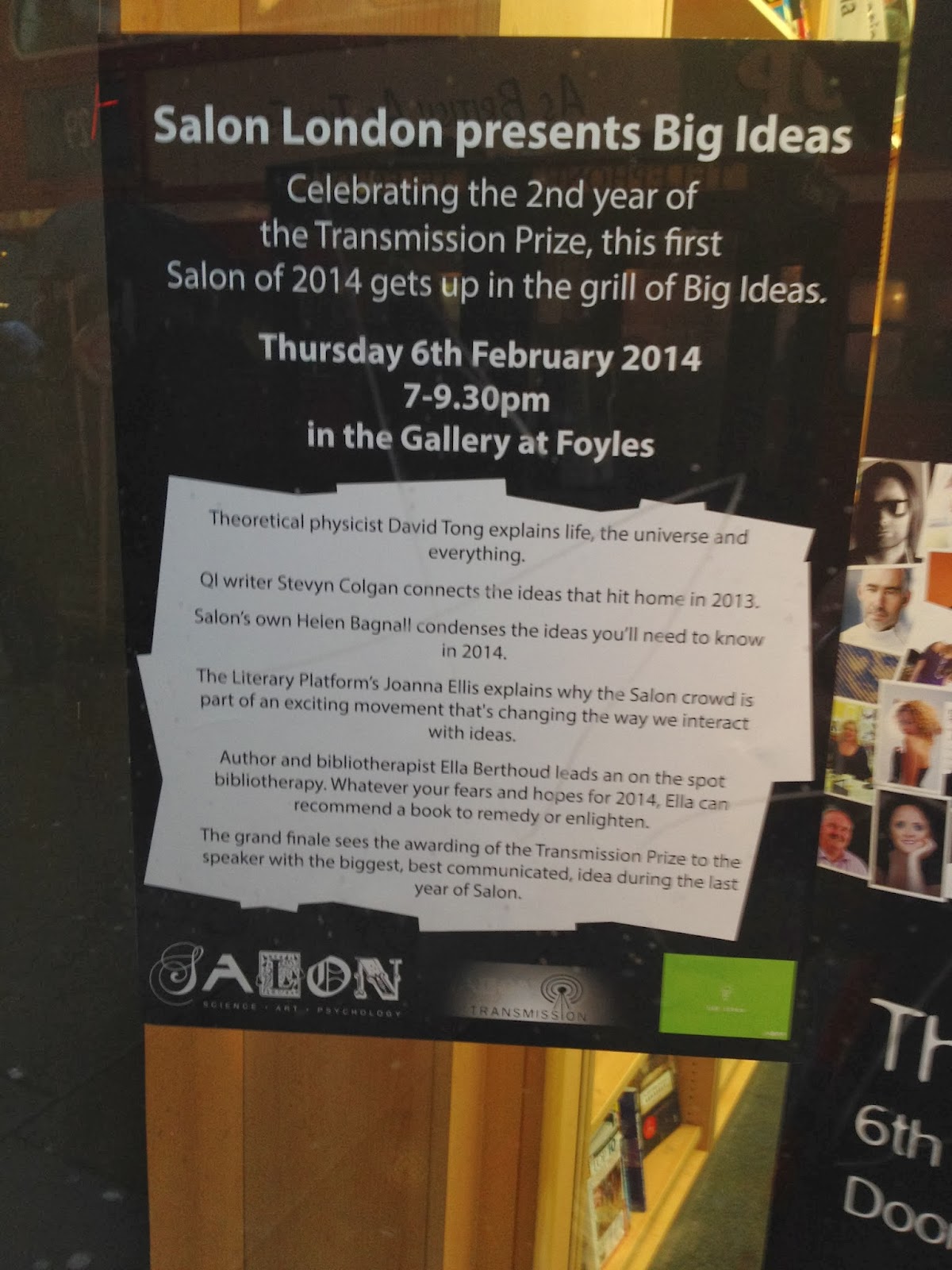 Friday saw me back at work on QI and also taking part in an 'Ask the Author' live Twitter chat organised by my publishers at Unbound. Some of the questions were bizarre to say the least! But my latest book - Constable Colgan's Connectoscope - does contain some pretty weird facts too.

When I got home I was both flattered and amused to see that a student called 'Jack J' from the University of Chester had animated one of my appearances on Radio 4 last year. I appeared on Josie Long's Short Stories, speaking for a minute on the subject of the police playing hide and seek on night duty in the early 80s as a way of learning beats. Here's his excellent effort:

This week was a good week. And now the weekend is approaching and I'll be doing some extra QI work to make up for the hours I lost on Thursday. But, to be honest, it's a joy to do so it doesn't really feel like work. :)

What's that? Lunch break is over?

That whip stings!
Posted by Stevyn Colgan at 13:32