It's the End of the World!

My good friends Emperor Yes have just released their new single - The End of The World - and an accompanying video. You might recall I posted a report about the filming back here. I have a small cameo in it as you'll see. Tremendous fun.

You can see their previous two videos - Wasps and Cosmos - here.

I might also point you in the direction of the painting hanging on the wall behind the band. It's the cartoon of Carl Sagan that I did for the launch of previous single Cosmos; the band has an art exhibition for each launch (You can see the artwork I did for the Wasps/Fishes single launch here and some of the other art here).

Well, I did one for the launch of this new single too (launch is on the 27th Feb) and here it is: The End of the World. The exhibition will be on at Lo and Behold, 2b Swanfield St, London E2 7DS from the 28th ... but I'm not sure how long it's on for. 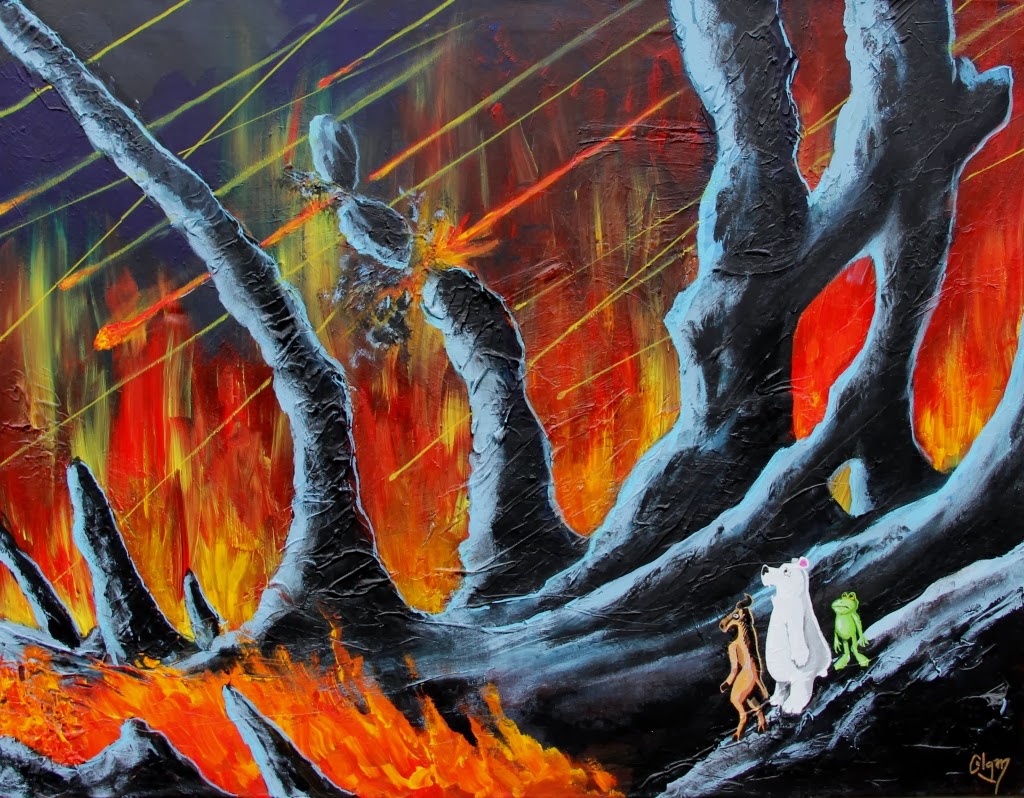 As you can see, two of the band - Ash and Hugo - were delighted with it! 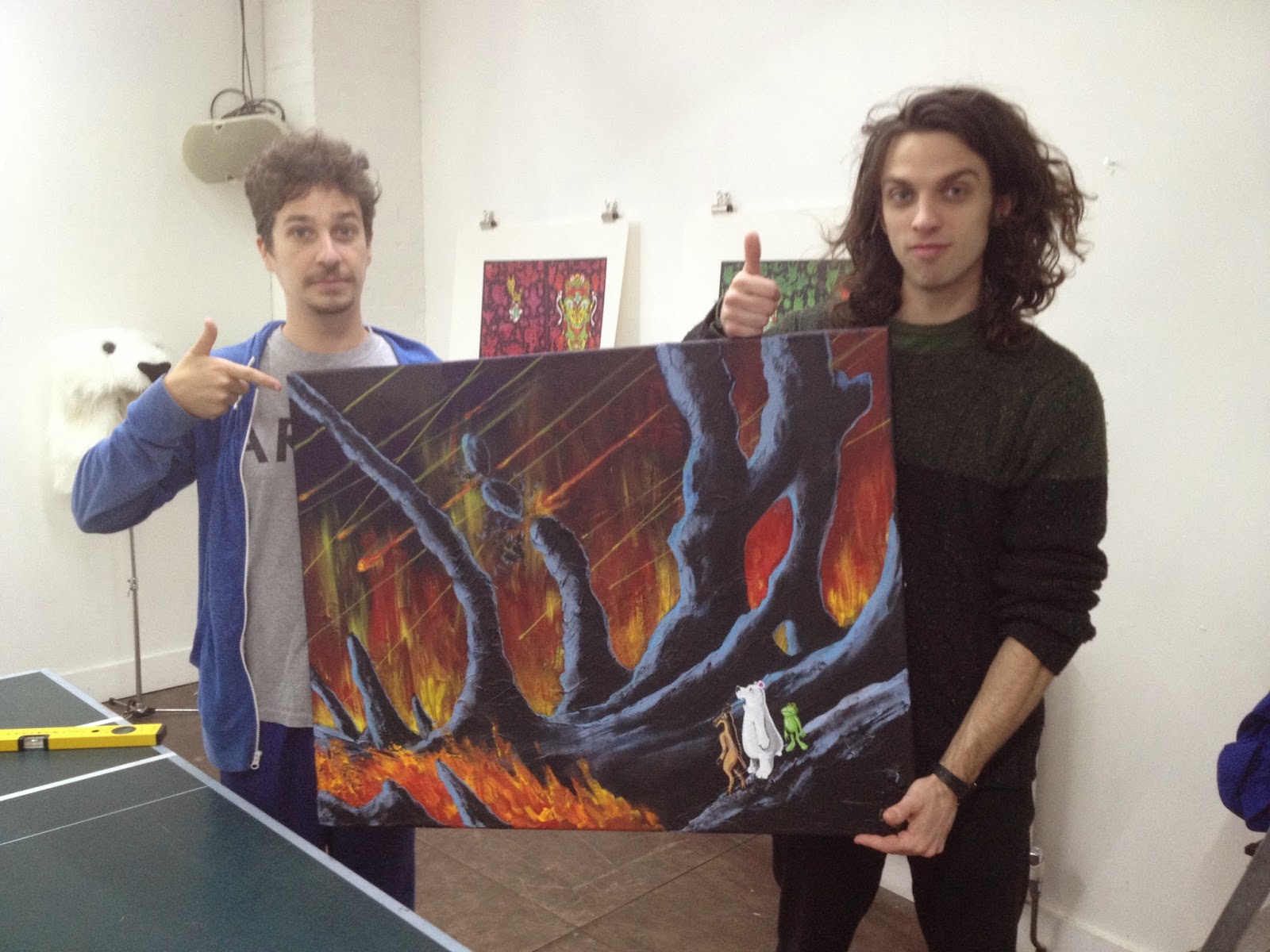