My first full day in Edinburgh didn't afford me much time to take in more than a couple of gigs so I used the time to explore the city centre a little. I've only ever been to Edinburgh a couple of times before and I was too busy then to give much time to gadding about.

Running through the centre of the city is an extended hill called the Royal Mile that includes the High Street and Canongate. Running parallel to the south of it is a road that is called, at various stages, Holyrood Road, Cowgate and Grassmarket. Between these two thoroughfares run various streets and what the Scots call closes; long cobbled alleyways. This is the area I set out to explore for an hour or two.

From Grassmarket, I set off towards Cowgate where you pass under the George IV Bridge which carries George IV Street pedestrians and traffic high above your head. 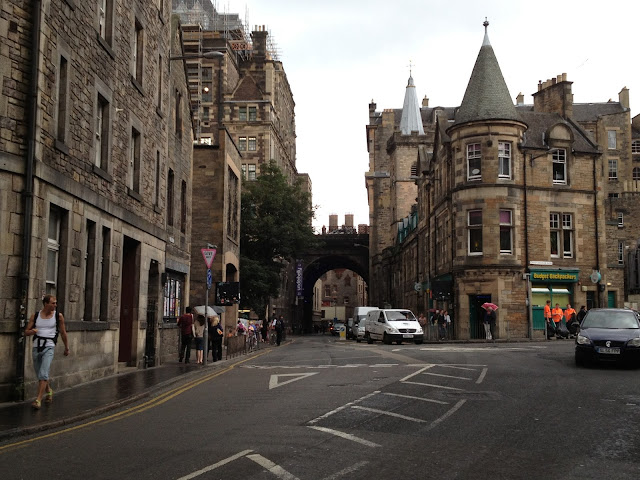 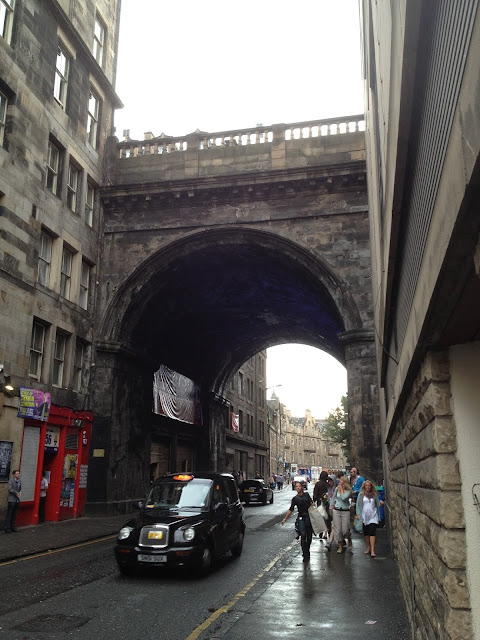 The bridge was built between 1829 and 1834 and, like most of the buildings in Edinburgh, has a massiveness to it; a monolithic quality. Everything is big and blocky in this city, even the new builds. As you walk further along Cowgate, you're dwarfed by the buildings around you. This Gothic looking hostel even had gargoyles at roof level. 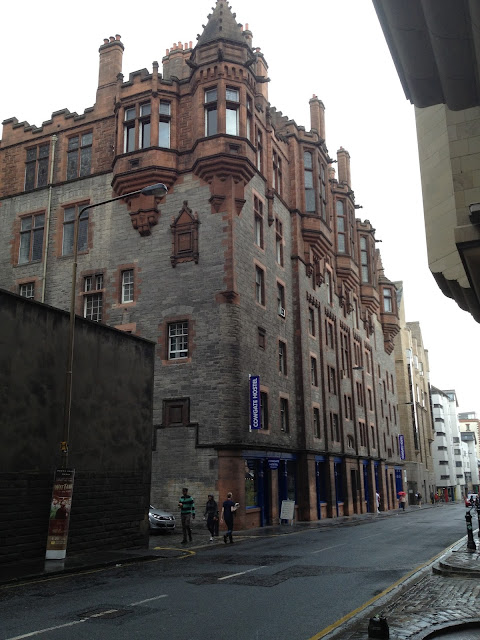 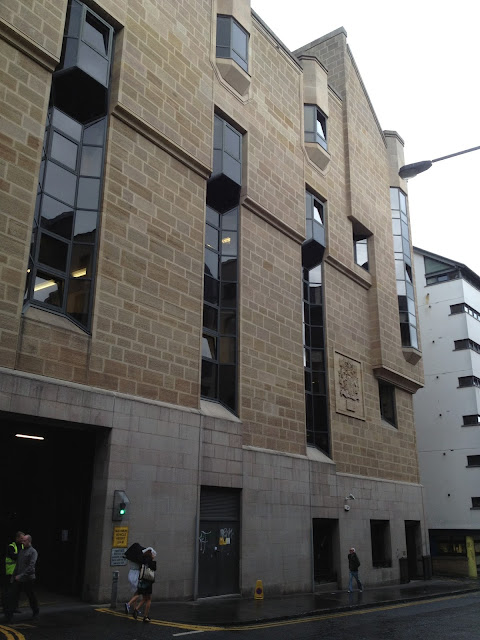 Heading east along Cowgate, every so often, you pass a road or a close on your left that, if you're willing to yomp up the steep gradient, will take you up to the High Street. Here's the view up Niddry Street (where my gig was). 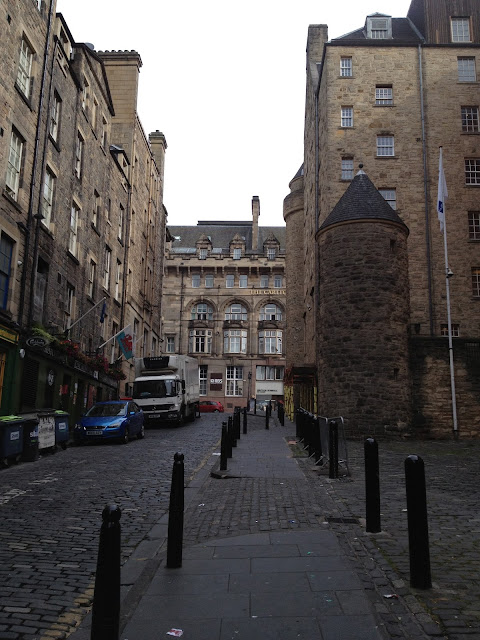 I decided to walk to the end of Cowgate and then double back and walk up a rather attractive little close I'd passed called South Gray's Close. I'm glad I did because at the end of Cowgate I found a TARDIS specifically designed for a Time Lord raised on deep-fried Mars Bars. 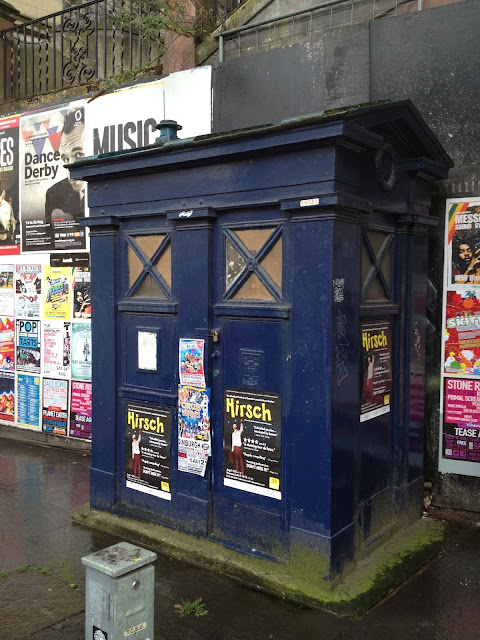 I also found the Kilberry bagpipes shop in St Martin's Street with a craftsman on site making them. The smell of turned wood and oil was delicious. The shop is double fronted and the left-hand window looks onto the workshop. Turning back, I headed to South Gray's Close. This was lovely and the buildings I found there were the smallest I saw during my three day visit. Chief among them was the beautiful St Patrick's Redemptorists' (whatever they are) building with its twisty trees. Limes, maybe? 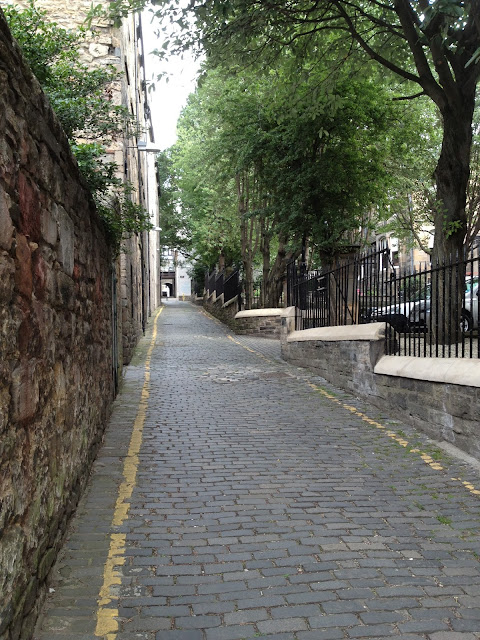 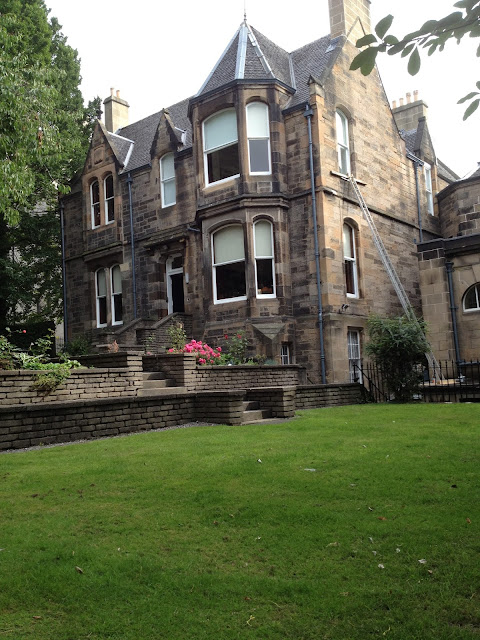 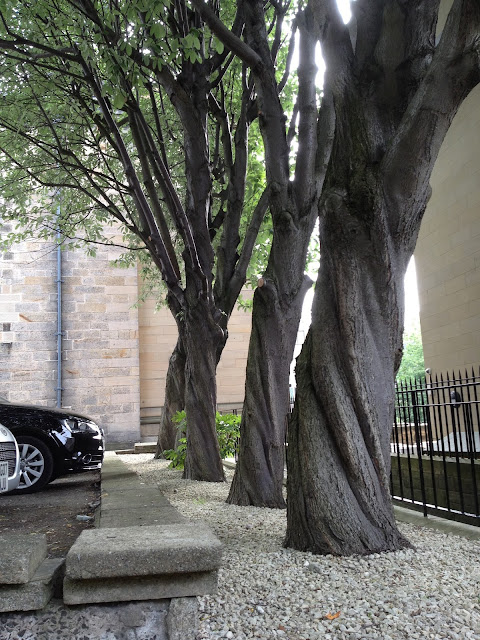 This brought me up onto the High Street. It was still early and the revels had yet to begin (I started my walk at 8am). The High Street is living testimony to the power of tourism. Anything that isn't a café or souvenir shop is a tartan shop. I wonder how they do any trade with so many packed so close to each other. 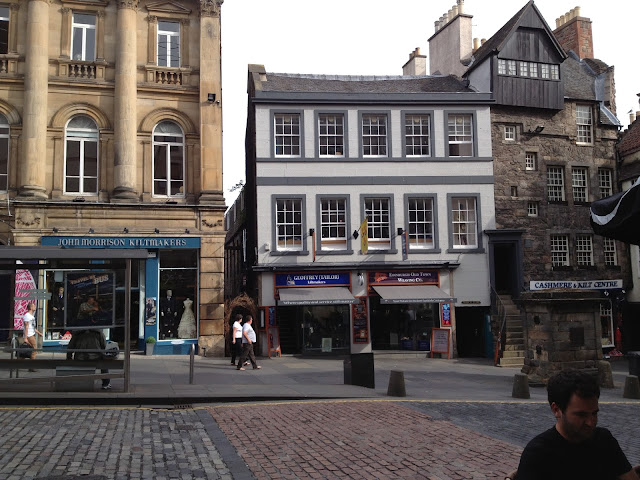 I wandered around several of these shops, happily playing the witless visitor and finding myself surprised by the fact that they all seemed to be run by Sikhs. I must speak to Hardeep Singh Kohli and ask him if he knows why. Surprisingly, they all claimed to have a tartan for Colgan despite it being a name of Irish origin. To be honest, I suspect they'd have had one for Chang, Obelszyski, Goldberg, or Zorgon of Alpha Centauri too if I'd asked. I strolled up the High Street on the south footpath passing other closes on the way (there's a full list of them here). 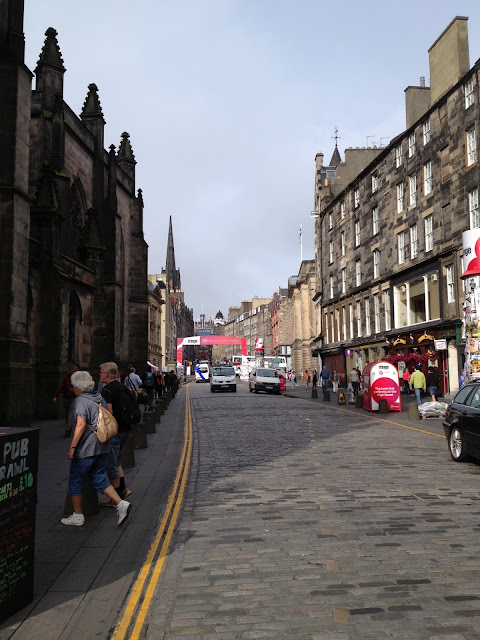 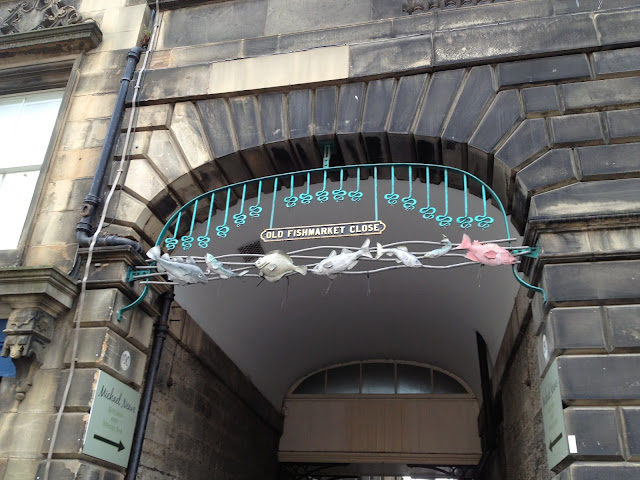 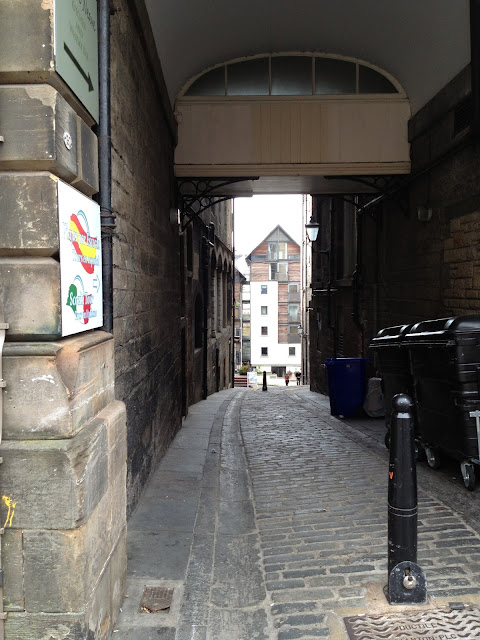 Finally, I came to George IV Street (incorporating the bridge I walked under at the start) and walked along a short distance before turning right down the hill of Victoria Street and the West Bow that leads down to Grassmarket. It's this hill that you saw in the old engraving yesterday of Maggie Dickson's execution. Two views, looking up and down: 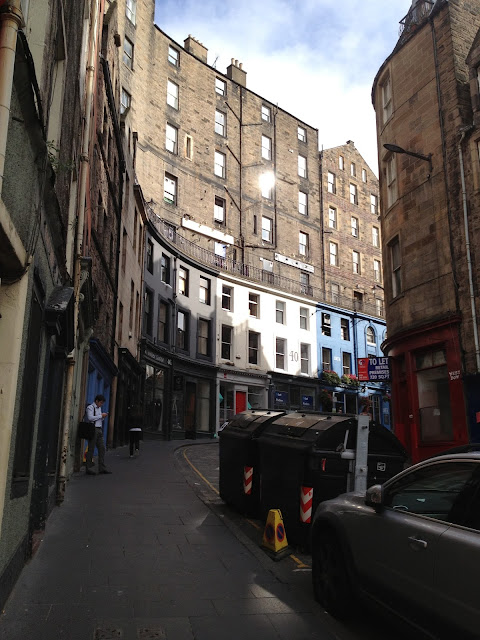 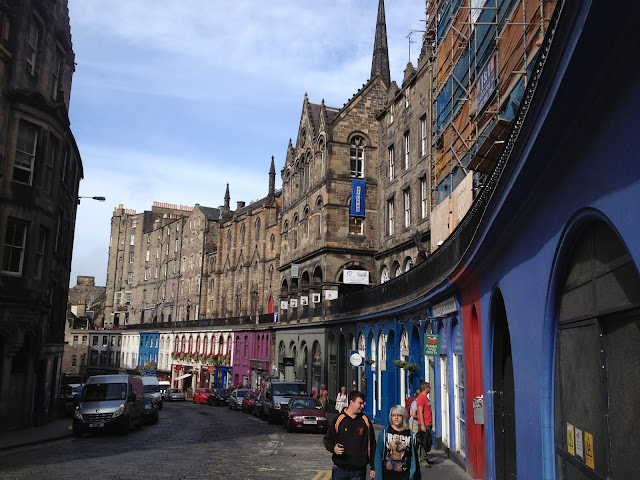 Another walk tomorrow and my final Edinburgh diary. And my birthday!

Oh, and here's a map of my route. Click on it to enlarge.