I spent some time in Royal Tunbridge Wells today. I was speaking at the TW Skeptics in the Pub meeting in the evening but I got there a few hours early to scope the place out. Which usually means finding beer. And what a find I made!

The Opera House is a Wetherspoon's pub ... and an opera house. Or it was. It's quite the most extraordinary pub interior I've seen in some time. 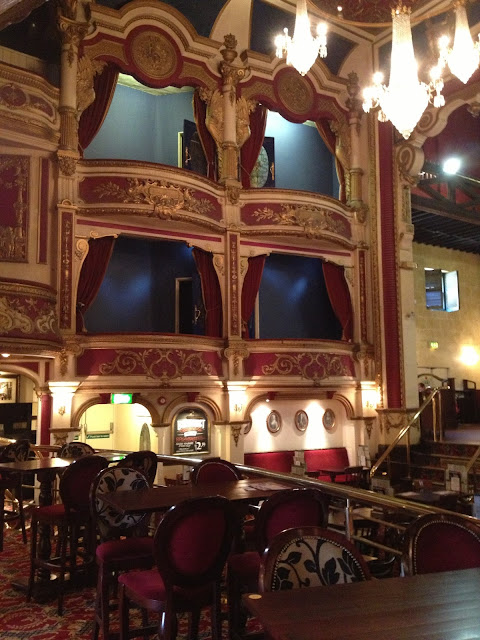 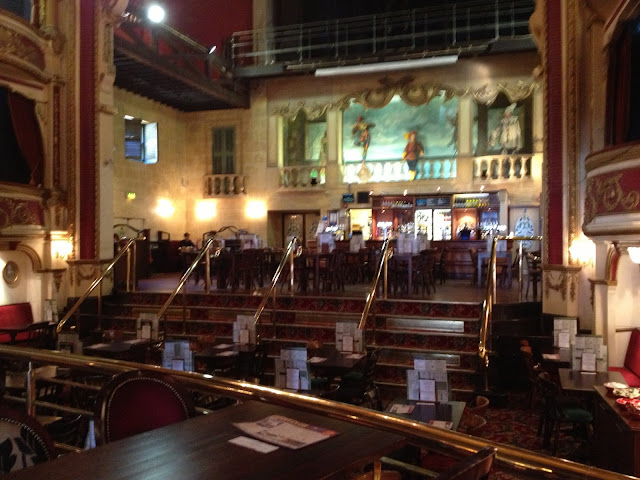 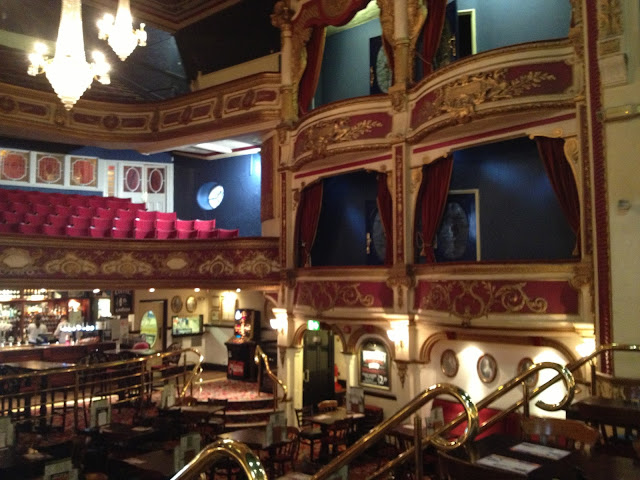 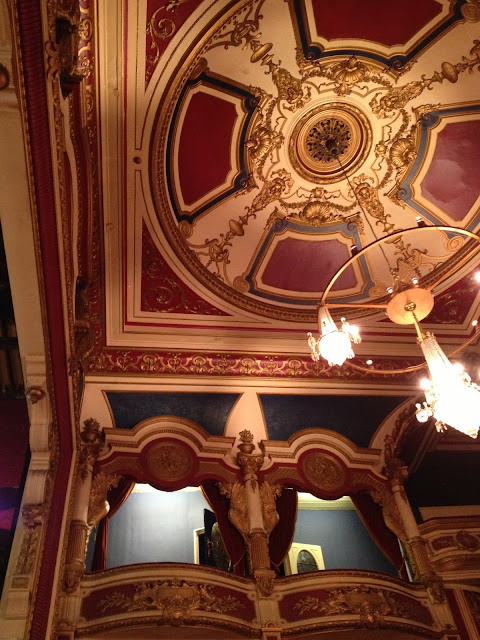 Extraordinary isn't it? Apparently, all of the backstage machinery is still in lace, as are the lights, and it still stages operas from time to time.

Anyway, they also had Sharp's Doom Bar on tap (and kept well) and did a very nice line in brioche French toast topped with bacon and a maple syrup flavoured drizzling sauce. Yum. And it was while I was enjoying these treats that I saw on Twitter that Ross Noble was just around the corner recording a segment for his new TV show. So I tweeted him and popped around to see him. He was making custard with Bob Mortimer and then the two of them were seeking volunteers to be shot at with super soakers. Don't ask. Suffice to say, I didn't volunteer. After all, I had a gig to do. 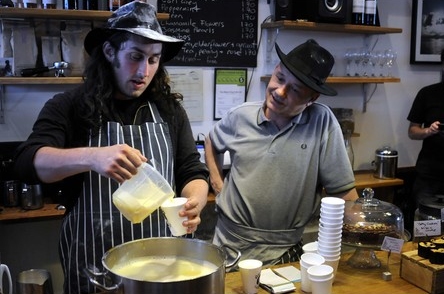 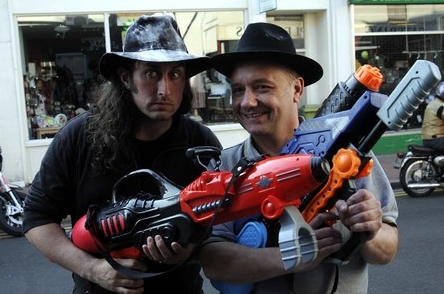 To round off my day, the skeptics were a lovely audience and fun appeared to be had by all. So, all in all, a grand day out.
Posted by Stevyn Colgan at 22:21