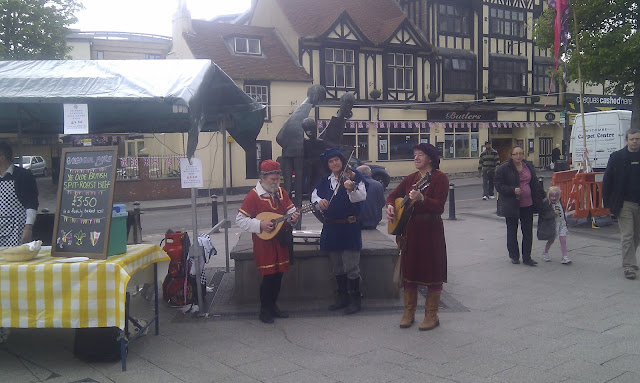 I popped into nearby High Wycombe yesterday to pick up a new suit (one of my daughters gets married in a fortnight - thought I'd better make the effort) and, quite by chance, found myself in the middle of the town's curious annual mayor weighing ceremony. Apologies for the crappy photography - it was dull and cloudy and these were taken on my phone. 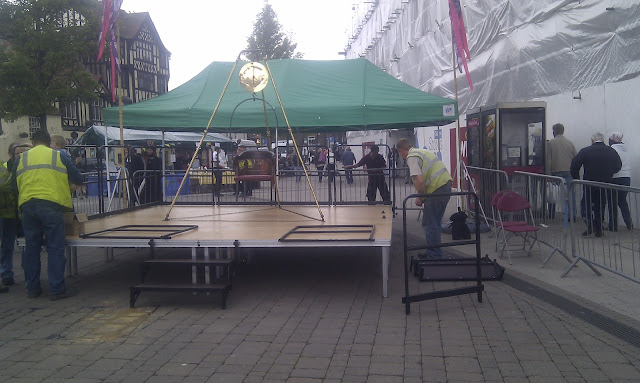 Annoyingly, it was just coming to a conclusion and I didn't get a photo of the weighing itself but here are the scales that they used, to give you an idea. And here's a photo of last year's event when Chaudhary Ditta was weighed-in. They had much better weather back then.

The area of the town it took place in is called Frogmoor and the street was filled with Civil War re-enacters, jesters, Morris Men, minstrels, police officers and Maypole dancers. Oh, and tiny horses, for some reason. 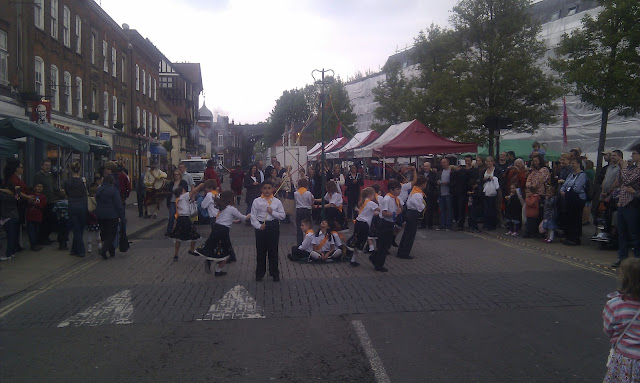 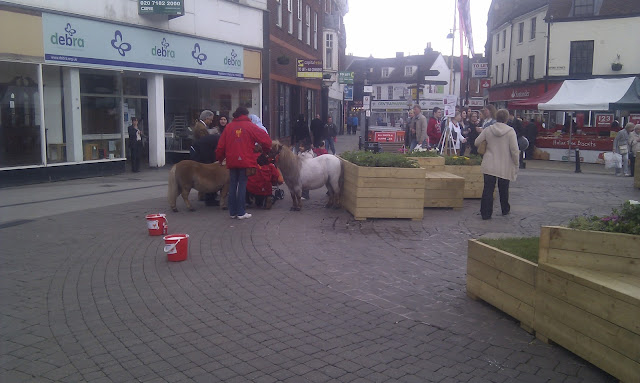 The event - which takes place on the third Saturday in May involves the Mayor, the Aldermen, Councillors and Officers of the Borough Council being publicly weighed. As their weight is recorded, the Macebearer shouts out the weight, adding the words ‘and some more’ if any of them have gained weight over the year, or ‘and no more’ if they are the same or have lost weight. The ceremony fell into disuse during the 18th century but was revived in 1892. During the Great War it was again suspended, but revived in 1917. It's been going on annually ever since. 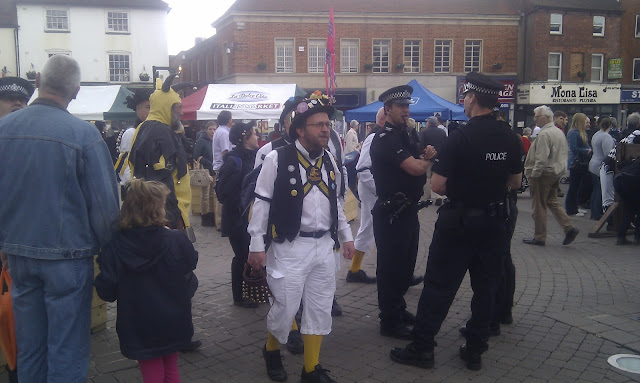 Wycombe's curious custom of weighing its mayor is unique in the world. It all began back in 1678 when a Mr Henry Shepard was reported as being drunk and misbehaving himself while in office. It was decreed that the bell of the town church should be rung out in testimony of his misdemeanours and, for many years, an outgoing mayor was 'tolled out'. This has since been abandoned. However, another decree stated that the mayor and his/her officers should be weighed upon entering and leaving office and this event still takes place. If there has been a weight gain during the year, the person is considered to have been gaining that weight at the taxpayers' expense. Traditionally this would mean that they were jeered and booed and would have rotten fruit thrown at them. Mayors these days are too savvy to let that happen and none of them ever seem to put on weight. Shame.

Here's the current mayoress Mrs Jane White who was the previous mayor - when it comes to mayor-weighing, sex means nothing; they all go on the scales. And there's a wonderful little snippet from the 1937 weigh-in on the British Pathe News website here.

Nice to see these old customs being kept alive.