Goodnight all - from the Skeptical Bobby

It's been one hell of a ride.

Two years ago, I was boozily regaling my mate Sid Rodrigues with tales from my curious police career and, before you could say 'I want to believe!' Sid - creator of the Skeptics in the Pub network - had roped me in to do a 45minute talk at SITP Camden. Well, the Camden gig went okay ... and, next thing I know, I'm being asked to speak at QEDCon 2013, the biggest of all UK Skeptics meetings.* 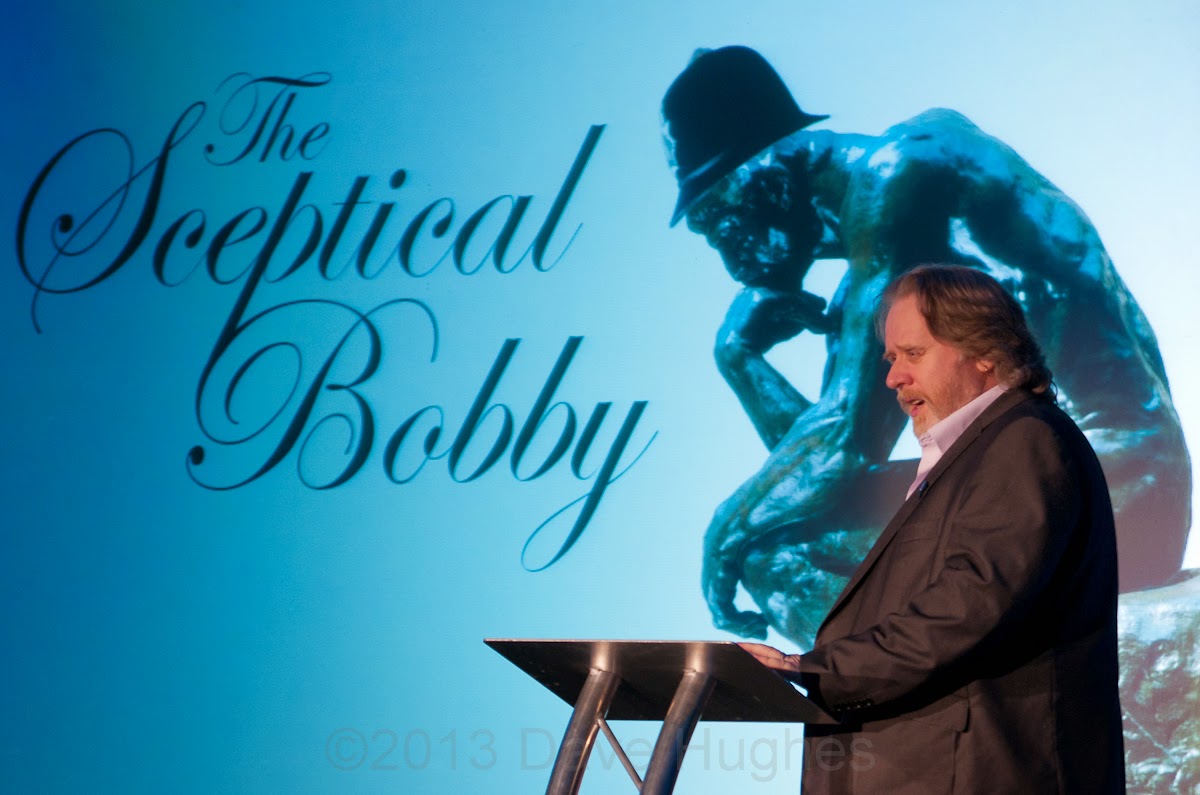 As I was pretty much an unknown, they put me on first. But, as it happened, that worked in my favour as I played to a full house. All of the subsequent speakers had to share the audience with various panels being run in other rooms. Maybe that's the reason that my talk - The Skeptical Bobby - proved to be one of the most popular of the event; basically because more people saw my talk than other talks. That said, it did seem to go down well. I even got a standing ovation from Richard Dawkins himself although when he tweeted the same message - 'Superb talk at QEDCon by Stevyn Colgan. Intelligent and humane' - it proved to be a double-edged sword. My Twitter follower count suddenly leapt up by around 450 ... but around half of that number turned out to be Dawkins haters and I was trolled for several months. Eek.

What happened next was mad.

SITP groups from all over the UK started asking me to come and perform the talk in their town. And, as I was keen to get some exposure for myself and my book, I said yes to them all. Which is why, between April 2013 and March 2014, I gave this talk a further 76 times. 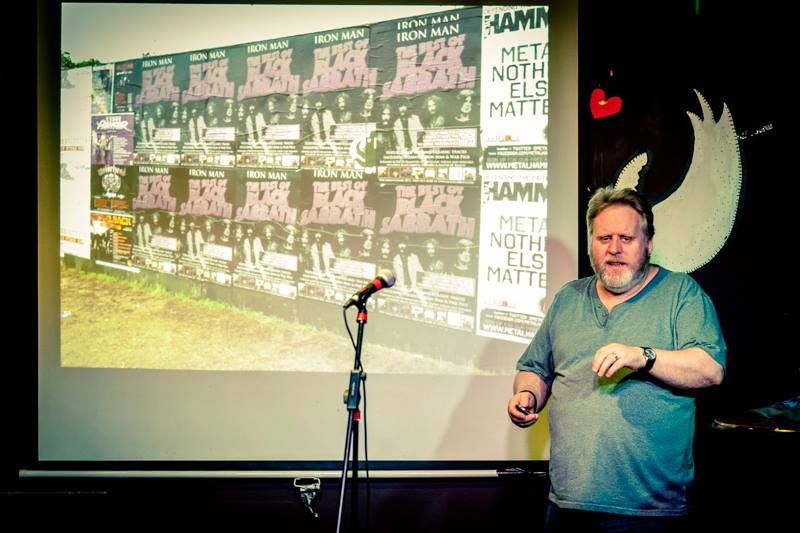 Well, I say 'this talk'; no two performances were ever quite the same. I have more than 30 years' worth of stories and experience to draw on and the talk often went off in unexpected directions. And it got longer. By the end of the run, it regularly topped 90 mins and I hit a spectacular two hours in Newcastle. People still seemed to enjoy it though. And I never got close to making a 45 minute talk last as long as Robin Ince can. The man is a genius.

I should perhaps explain that my talk was all about grass roots skepticism; about the need to question the world about us and not to accept things blindly or without evidence. I took the audience on an autobiographical journey through my childhood, explaining how I buggered up my school career and then joined the police for a bet; how my career in the police service went similarly tits-up because I fought against police procedures that I thought were wrong; how ultimately I was vindicated and became part of an experimental unit at Scotland Yard designing innovative ways to tackle crime and disorder; and how, thanks to a chance meeting with Douglas Adams, my whole life changed direction. As the posters said, 'If you want to know how lollipops can reduce anti-social behaviour, or how wheelie bins can prevent burglaries, or how a dog show can save lives ... this talk is for you.'

The Skeptical Bobby took me to SITP groups as far afield as Glasgow, Lincoln, Birmingham, Cheltenham ... in fact, the only two regions I wasn't booked by were Wales and my own native South West, which was a shame. I also performed at the Edinburgh Festival (where I broke my foot), Hay, Latitude, the Harrogate International Festival, Cornbury, Salon London, the Village Green Festival, Geekfest, CreatED and various British Humanist events. And I appeared on the Little Atoms and Skeptic Canary Podcasts, the Australian Skeptic Zone podcast, Josie Long's Shortcuts on Radio 4, and an episode of the excellent panel show Do the Right Thing. 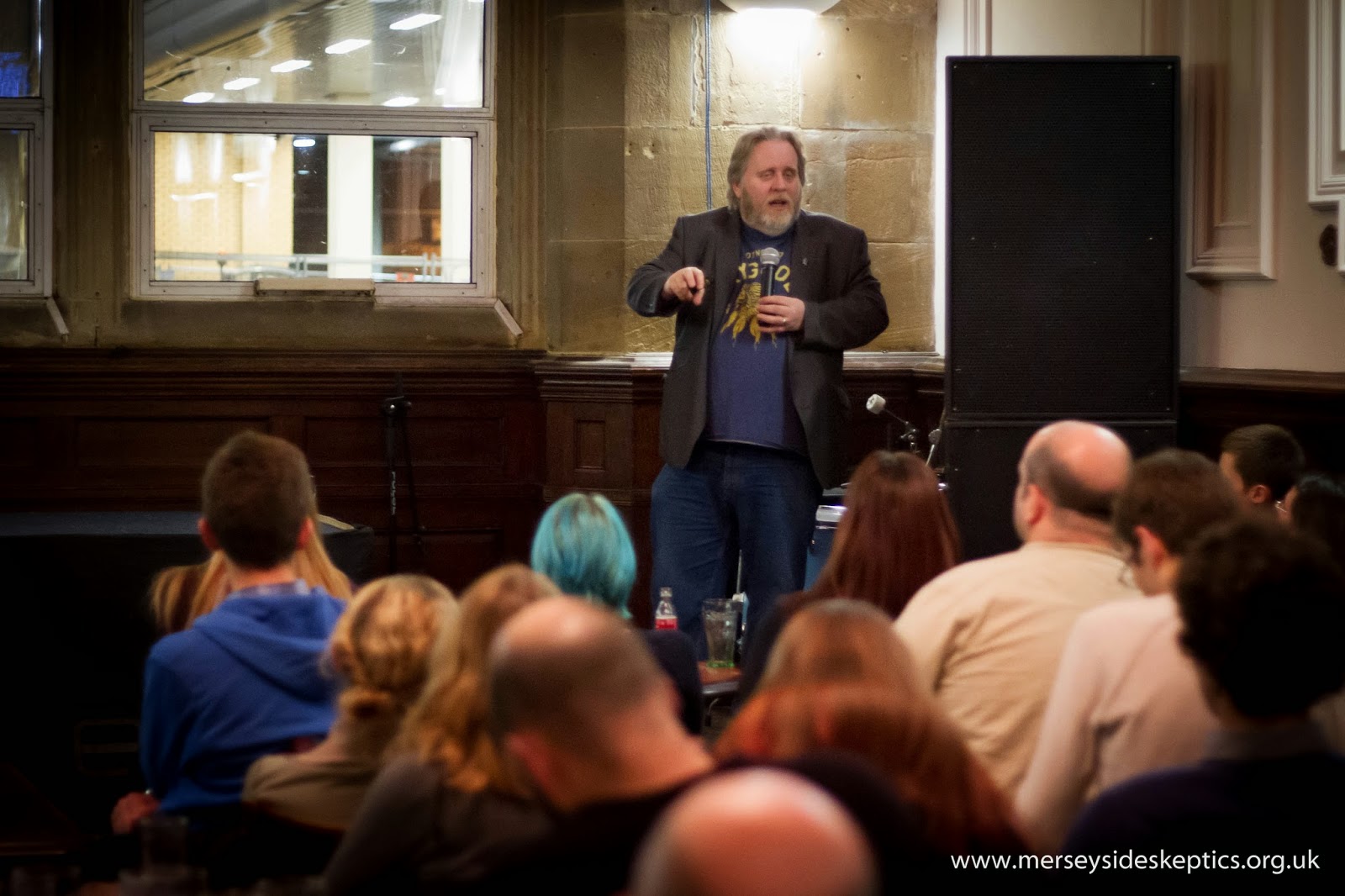 On top of all that, I was also doing gigs to promote my book, appearing on stage in the Ig Nobel Prizes UK tour, acting as a judge for the Transmission Prize 2013, researching for QI and researching and writing for the Museum of Curiosity, and writing a new book. What a mad 12 months!

But all good things come to an end and the run is now over. In many ways I wish I could do more shows; I've already had people approach me to do more but I've had to be firm and say no. I'm sorry if you missed it but I simply don't have enough spare time now.

Doing that many shows in such a short time and in such a wide variety of venues has been a brilliant learning experience. And, who knows? I may go back on the road with a new show sometime in the future.

You can't keep a skeptical bobby down.

I'll end by thanking everyone around the UK I've met - the thousands of you! - for your hospitality and support. It's been a huge pleasure to do the talk and I'm genuinely honoured that you asked me 'round your gaffs.

*Should it be skeptics or sceptics? I was always taught that the British way was sceptic (hence my spelling on the Powerpoint slide in the first photo). However, many linguists insist that the K version is more accurate than the C as it's from a Greek word and they would have used the K. But you decide.
Posted by Stevyn Colgan at 00:56