Another fascinating day today starting at the Science Museum in London where I met up with Marc Abrahams - the brains behind the Ig Nobel Prizes - microbiologist Faraz Mainul Alam and Roger Highfield, author, broadcaster and former editor of New Scientist magazine and now the museum's head of PR.

We were there to meet inventors (and Ig Nobel winners) Makoto Imai and Hideaki Goto who had travelled over from Japan to meet various people and to present an example of their Wasabi Fire Alarm to the museum. Their research into 'what smells will wake you up' led to the discovery that a potent aerosol made from the pungent Japanese horseradish will irritate the mucus membranes to such a degree that you have no choice but to wake up. The practical application of this is a fire alarm for the deaf. 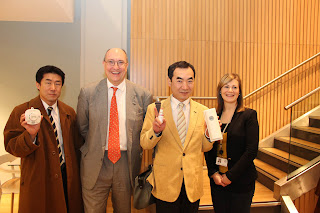 Here we see Hideaki Goto and Makoto Imai with their alarm, and Roger Highfield and the museum's Content Developer Jessica Bradford. It was also great to get a tour of the museum with Roger and see some of the newest acquisitions including one of the capsules used to free the trapped Chilean miners in 2010. Stephenson's Rocket, Model T Fords and moon rock ... what's not to like? 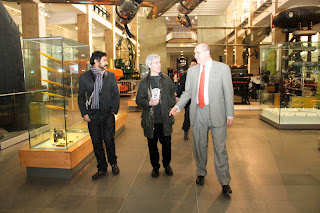 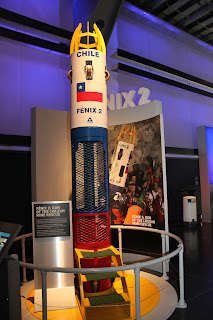 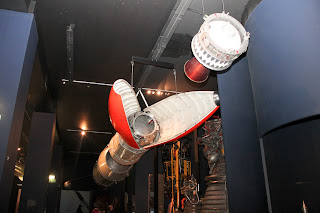 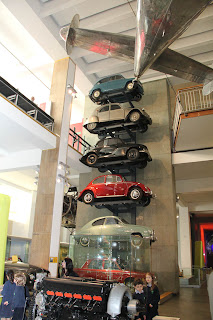 From the museum we went on to a couple of photo ops at a Wasabi chain restaurant and at Knightsbridge Fire Station where Tom Whipple, science writer for The Times, foolishly asked for a demonstration of the wasabi spray's potency ... 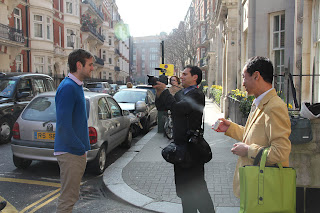 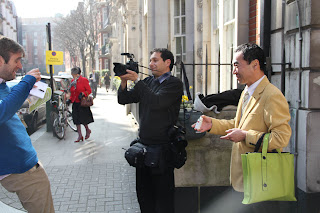 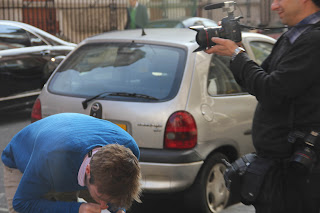 Then it was on to the Paramount for lunch and a meeting with one of my all-time heroes, Monty Python's Terry Jones. The restaurant is on the 32nd floor of Centrepoint - that huge tower block at the junction of Oxford Street and Charing Cross Road - and, even in the muggy sunshine, the views were breathtaking. Rather like the wasabi spray in fact. 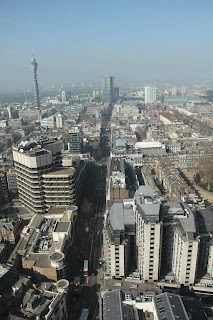 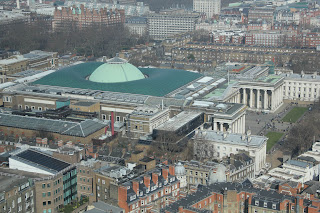 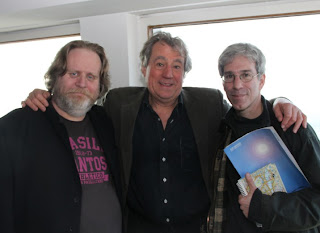 Myself with Terry and Marc. The wine had just started to flow.

Another good day. And some great content for a new book I'm working on.
Posted by Stevyn Colgan at 00:07