I've spent the week looking for fascinating LIVING things for the new L series of QI. And, while doing so I came across an animal for which I can find no L connection ... but it's brilliant, so I had to put it on my blog. Say hello to the sea pig. 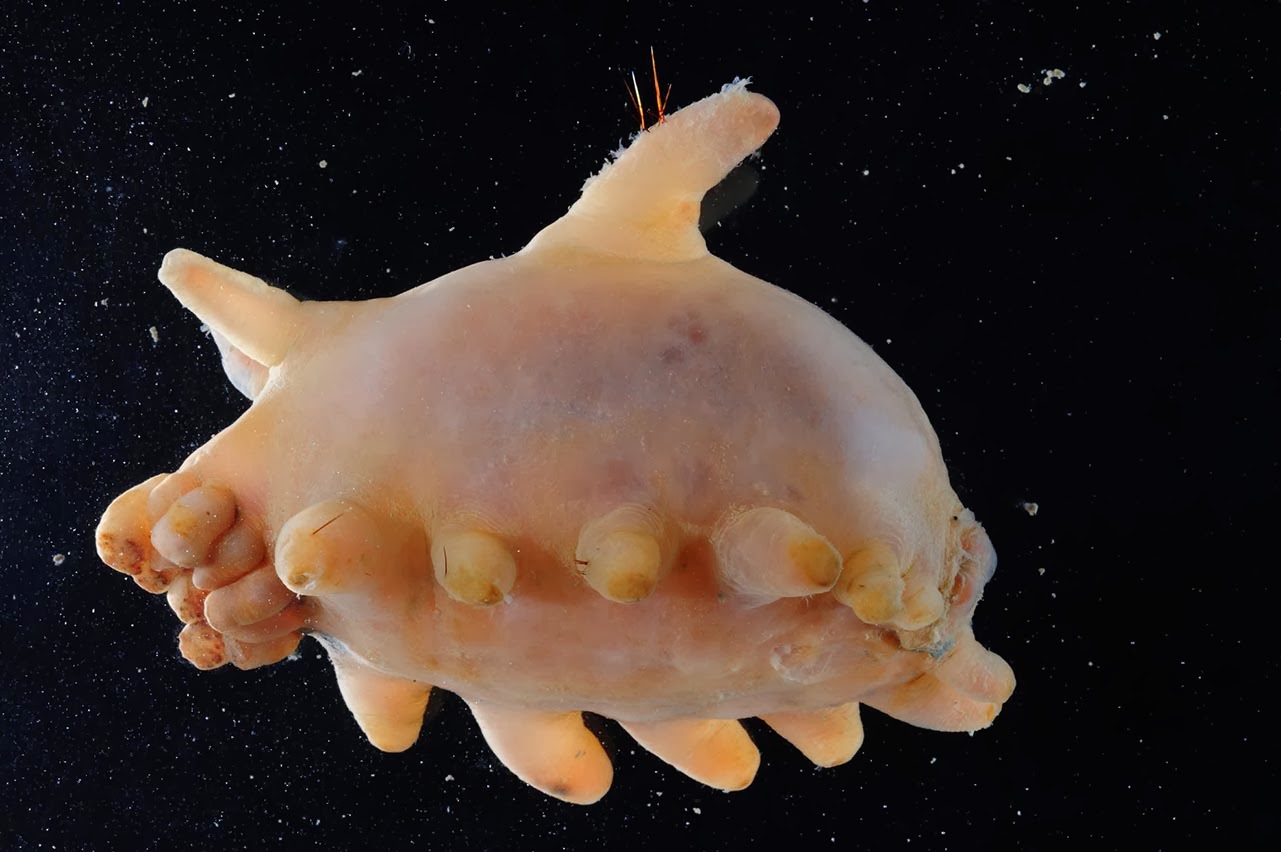 Sea pigs Scotoplanes globosa are a kind of sea cucumber. The name Scotoplanes has been around for a long time. The genus was discovered and described by H. Theel in 1882 as part of the famous HMS Challenger expedition reports. 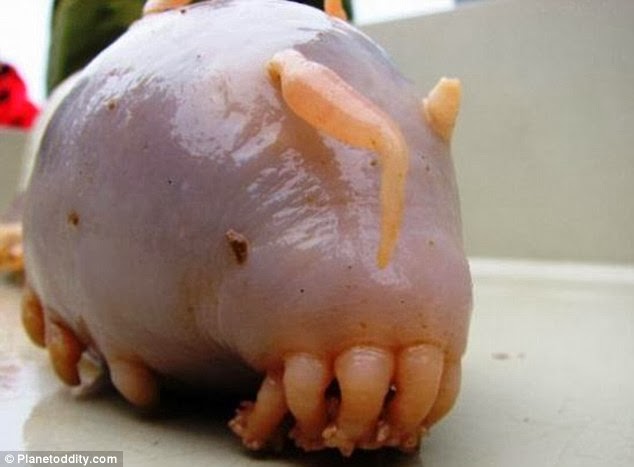 They are often characterised by having little legs that come off the bottom surface like you see here (above). But some species are slimmer and have longer legs, like here:

Scotoplanes live in the abyss. That's not just a little deep .. that's the deepest part of the ocean on the flat oceanic plains. Its not unusual for sea pigs to be collected from over 6000 metres down; that's about 3.7 miles. 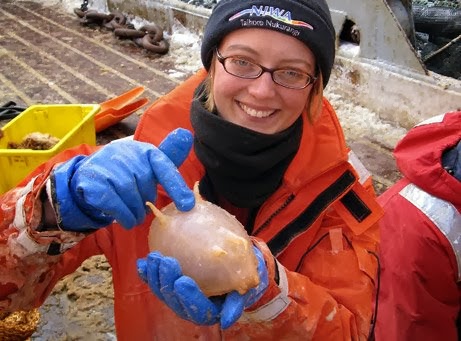 Scotoplanes don't just occur individually either. Collections and observations of these animals show that they often number in the hundreds. Early trawling records have recorded some 300-600 specimens per trawl.

Like a lot of other deep-sea sea cucumbers, Sea pigs are deposit or detrital feeders. That is, they feed on the fine nutritious scum and goo that falls to the bottom of the seafloor from the top of the ocean (marine snow). They feed on them with the ring of tentacles that surrounds the mouth.

Want to know more? Check out the Echinoblog website (where I stole chunks of this text from).
Posted by Stevyn Colgan at 17:29