I found a website today, quite by accident, that is all about home security and protecting your property. And, in a delicious dollop of irony, they've stolen one of my images for their front page. 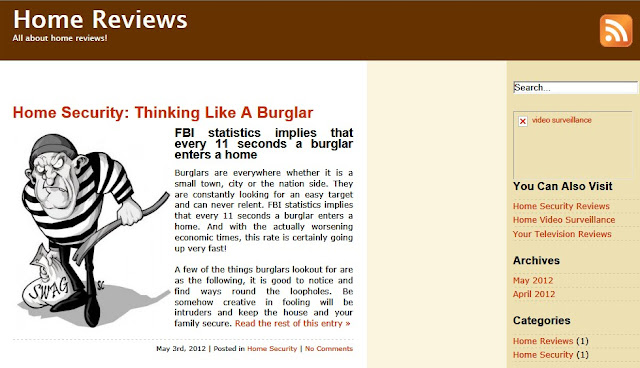 The site is at http://homereviews.co.cc. So I have contacted them. It'll be interesting to hear what they say in mitigation as the only place they could have lifted it from is either my website or my page at the Pro Cartoonists' Organisation.

But wait ... now I feel a little bit bad for singling them out. Because a quick Google image search reveals over 160 wholly illegal uses of my image. Here are just a few of them; 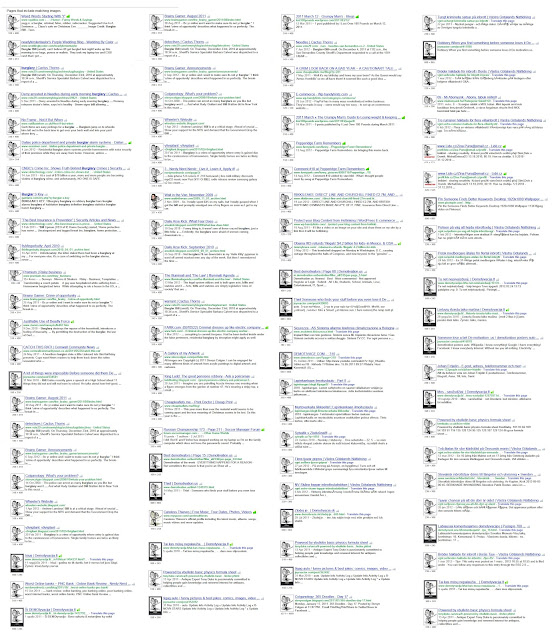 My stuff does occasionally get used by someone without my permission. Sometimes they credit me in which case, I'm not too upset. After all - it's advertising my work. But, sadly, most of the time they don't bother and that's outright breach of my copyright. I could forgive even this in some circumstances; I found it today on the blog of a poor young woman whose house was burgled shortly before her wedding day. Hey, I'm not heartless. She's suffered enough. But most sites just simply steal it and say 'Feck you Stevyn'.

Should I be flattered that people are using my images? No. Surely if people like my stuff that much they'd have the courtesy to tell me, or pay me or, at the very least, ask my permission. I have never earned a single penny from that image. Not one. And I had to give up art as a career around this time last year because I wasn't earning any money. No one would hire me. No one liked my stuff enough to pay me for it. I guess because they felt that they didn't need to.

A band called Careless Thieves (even more irony!) are using my burglar as a logo. Here it is on their Myspace site. And it's been turned into at least two different 'demotivational' posters, for feck's sake. Here it is at joyreactor.com. Oh, trust me, nothing demotivates you more than being ripped off, Mr Joy Reactor. But he/she got it from Demotivation.us and they were cheeky feckers enough to even watermark it!

I can't do anything about the stuff that's already online - I'm not even going to look at how many other images have been used in the same way as my burglar has. It's just too depressing. Only a couple of weeks ago, someone spotted an adulterated version of one of my paintings being used as a Twitter avatar.

So I won't be posting any more images online until I've either sold them or found a way to protect them. Watermarking is an idea but Photoshop can remove them easily. And making the images tiny isn't a great idea when you're wanting to advertise them for sale.

So I just won't bother.