Take some old plywood strips and stain them with wood stain. Then start sticking them together. Eventually you might end up with artwork as awesome as this. 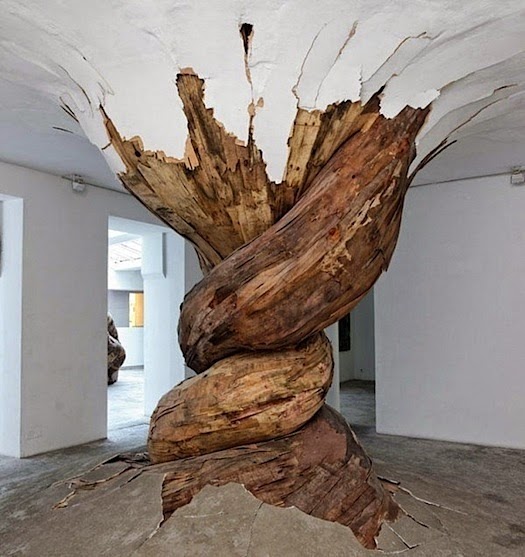 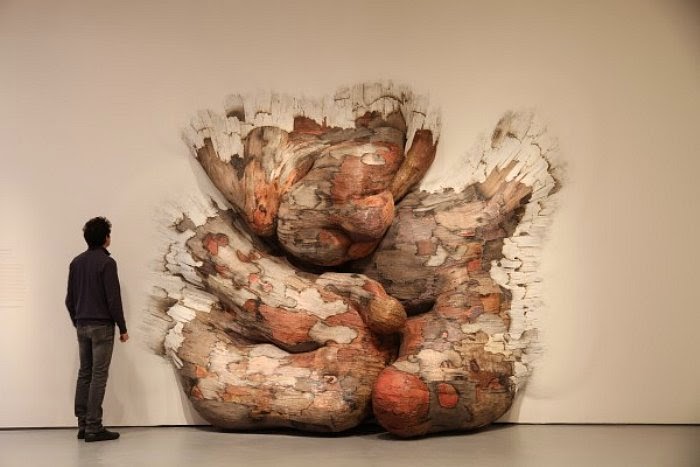 Brazilian artist Henrique Oliveira uses salvaged wood collected from the streets of São Paulo to create massive scale, site-specific installations with dense layers that twist, curve, bend, and split. Oliveira uses tapumes - which in Portuguese can mean fencing, boarding, or enclosure - as a title for many of his large-scale installations. Henrique's breakthrough occurred when he was a student at the University of São Paulo, where for two years the view from his studio window was a wooden construction fence. Over time Oliveira began to see the deterioration of the wood and its separation into multiple layers and colours. One week before the final student show opened, the construction was finished and the worn out plywood fence was discarded. 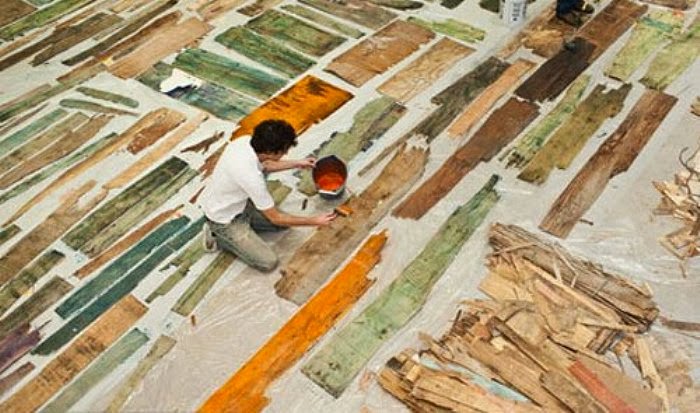 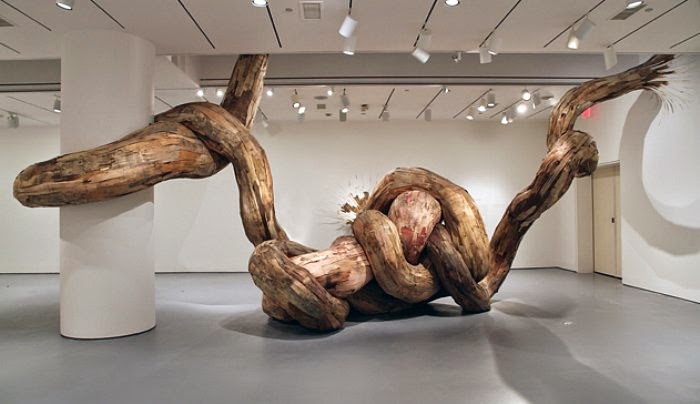 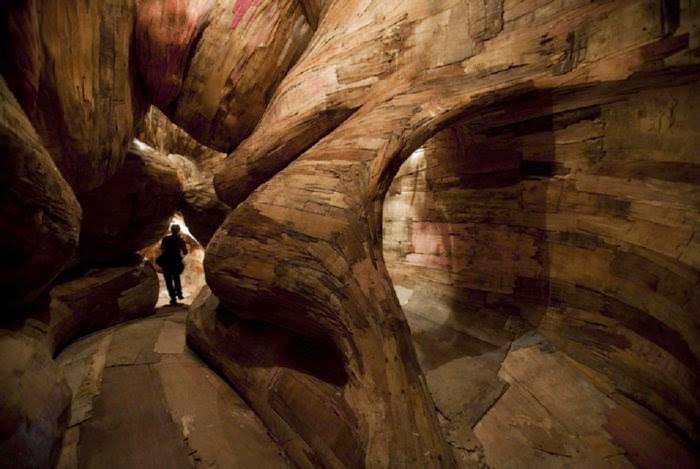 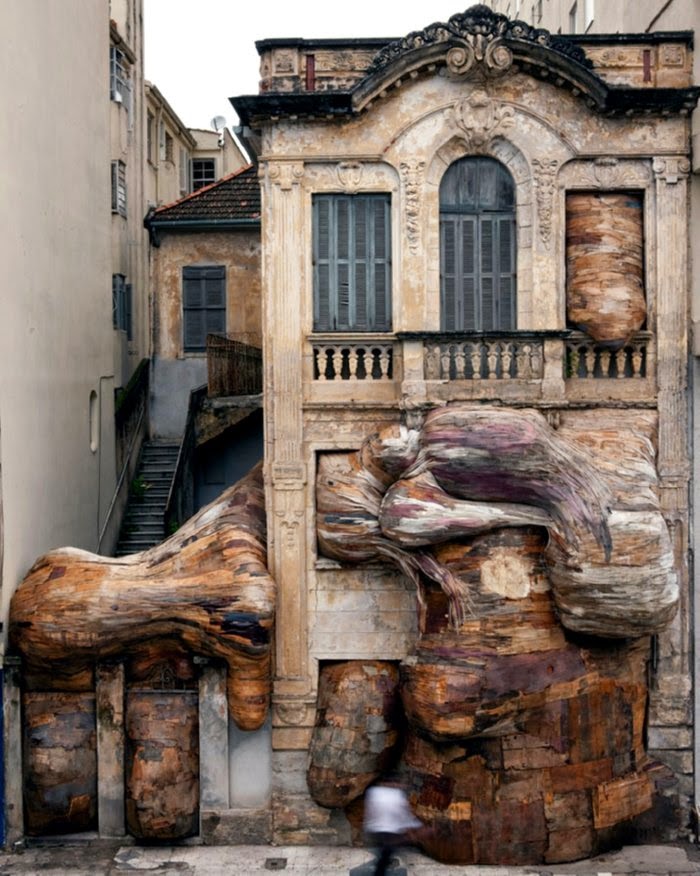 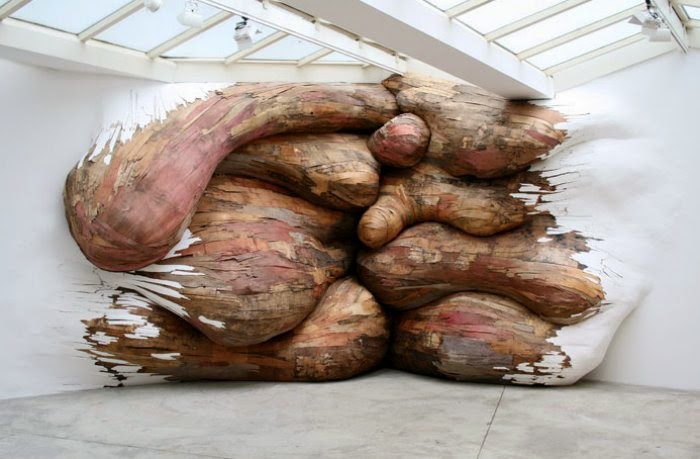